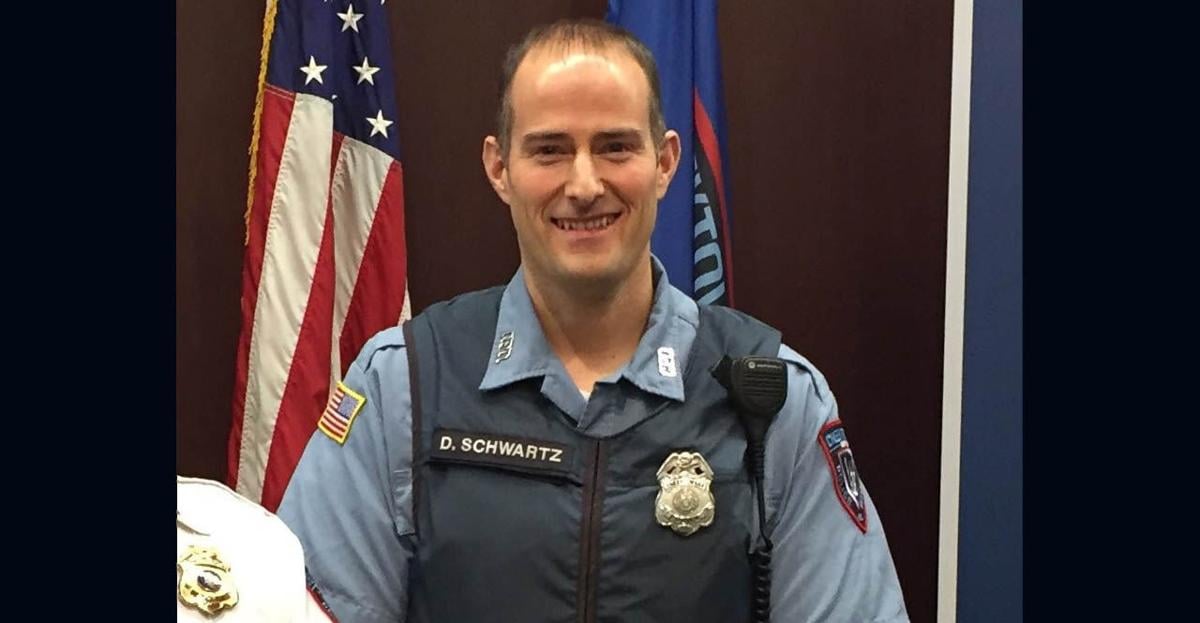 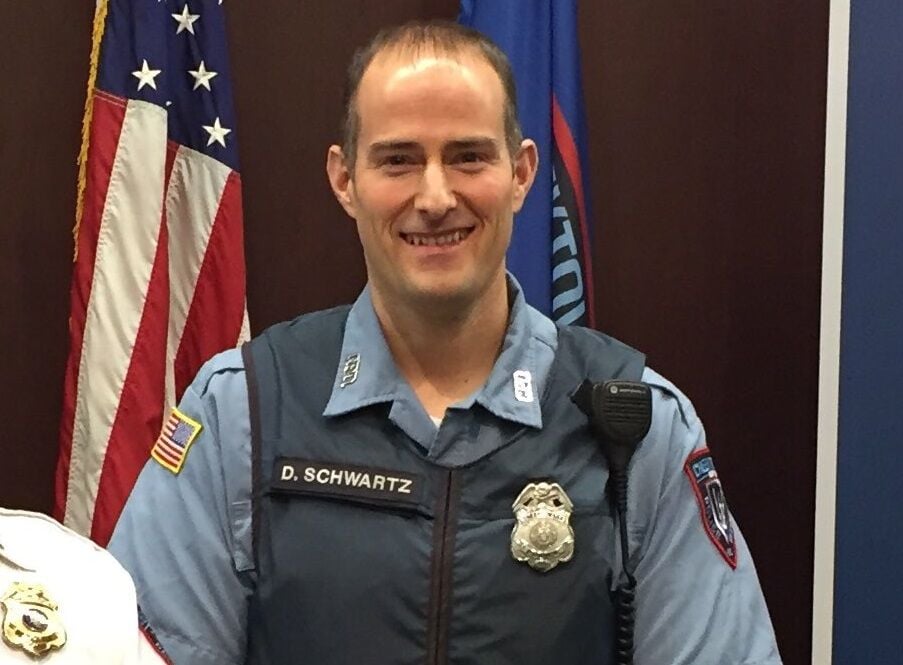 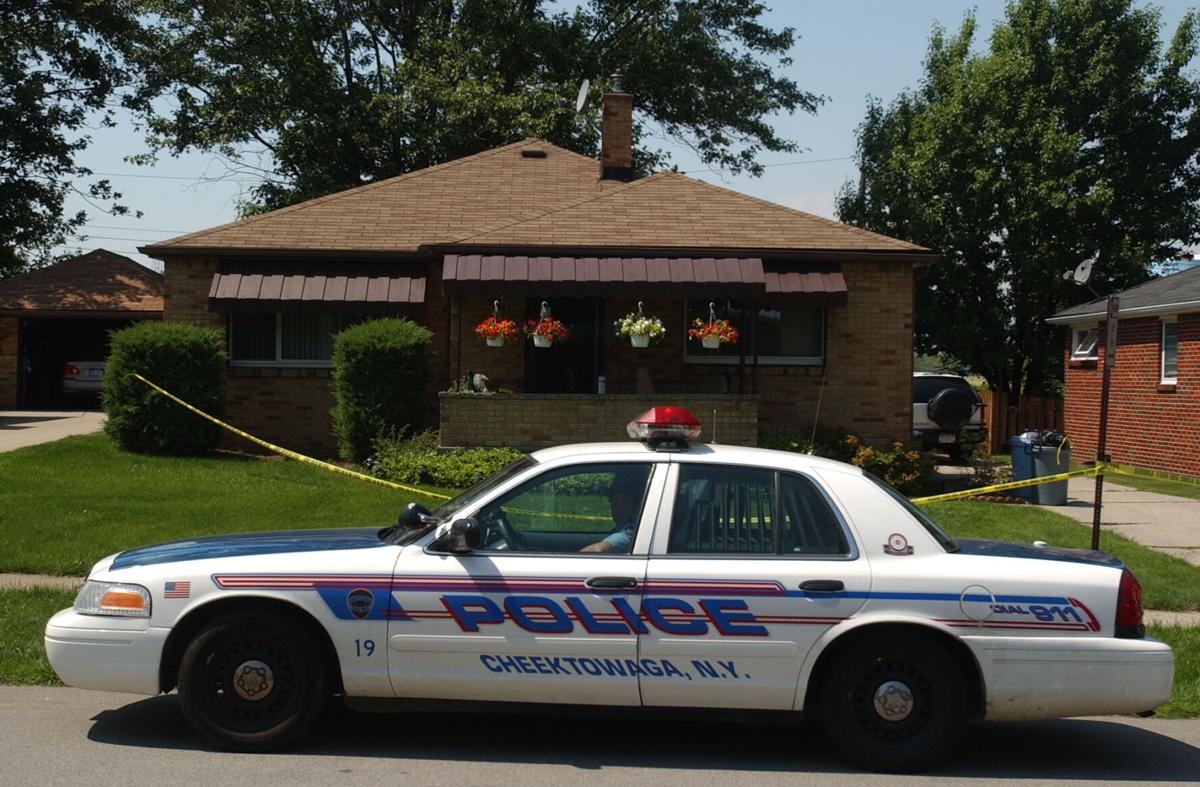 A Cheektowaga police officer who months ago helped chase down a shooter at a Dollar General store has been fired, a town police spokesman said Thursday.

Officer Dominic Schwartz, who had been with the department about 15 years, was terminated this week after an internal investigation, Assistant Police Chief James Speyer said.

While neither Speyer nor Police Chief David J. Zack would state the nature of the internal investigation, The Buffalo News  learned the probe began months ago and focused on the officer's conduct with a registered sex offender in the town.

A lawyer for the offender, Matthew Albert of Buffalo, told The News that his client gave a lengthy statement to the town's internal investigators about her contact with Schwartz. Further, the woman told The News that she and Schwartz, 40, talked online about sex before he came to her home three times while in uniform.

The woman, Jessica D. Huber, 41, told The News that the contact began when she answered Schwartz's post on Craigslist late last year. She said he came to her house even after she told him she was a registered sex offender.

"We have standards that need to be met," Zack said Thursday. "It's my job as chief to make sure they are maintained."

"There are some things we can correct through training and counsel, and some things we cannot," he continued. "With this officer, there was no counsel or training that was going to be effective." The only remedy was termination, Zack said.

Huber is a level-two, or medium-risk, sex offender who had been convicted of sexual abuse in Monroe County. The victim was a 5-year-old boy. A co-defendant was sentenced to five years in state prison, and Huber was sentenced to 10 years' probation.

Because she resides in Cheektowaga, Huber was overseen by the Erie County Probation Department. Her probation officer began moves to revoke her probation after learning of her online chats, said Albert, her lawyer.

Zack, the police chief, confirmed his department learned of the matter from the Erie County Probation Department. He said his team called the FBI for assistance, to determine whether the officer used his police authority to engage in the misconduct. But the FBI found Schwartz's acts, which occurred both on- and off-duty, did not rise to the level of a crime, though he did violate department rules, Zack said.

The News was unable Thursday to reach a lawyer for Schwartz or a representative from the Cheektowaga Police Benevolent Association to speak on the former officer's behalf.

Huber pleaded guilty this week to violating her probation and is in jail awaiting sentencing, her lawyer said. Also this week, the Cheektowaga Town Board acted on a recommendation from the police chief and fired Schwartz, according to Speyer.

It was an abrupt turnaround for an officer who was honored just months ago. On Nov. 14, Schwartz and Lt. Anthony Filipski responded to a shooting at the Dollar General store on Union Road near French Road. A gunman wearing a bullet proof vest had fired numerous rounds outside the store, striking one person.

The shooter then ran off. Schwartz later told reporters he ordered the man to stop and get on the ground. When the suspect kept running, Schwartz and Filipski chased him down. With help from two Samaritans at the nearby Darryl's Car Audio, the man was placed in handcuffs.

Police charged 29-year-old Travis Green of Cheektowaga in the attack. Police found he had a second rifle and 800 rounds of ammunition in his car. He also wore a bullet-proof vest.

Sexual misconduct by police officers is not rare in America. A Buffalo News investigation in 2015 found that a police officer in America is caught engaging in sexual abuse or misconduct every five days on average. Road officers are the most likely to offend, The News found after analyzing more than 700 cases.

• When a protector becomes a predator: Every five days, a police officer in America is caught engaging in sexual abuse or misconduct. Others are never caught.

• Abusing the Law: the results of an analysis of more than 700 credible cases of sexual misconduct from law enforcement personnel