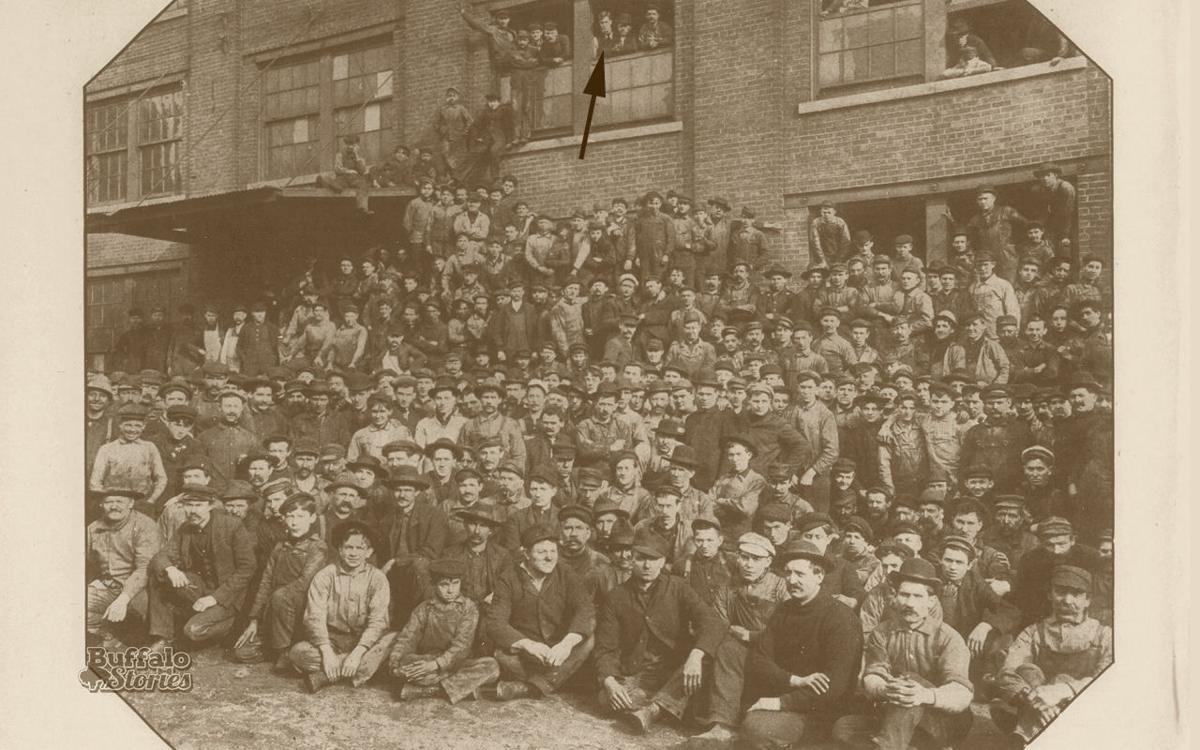 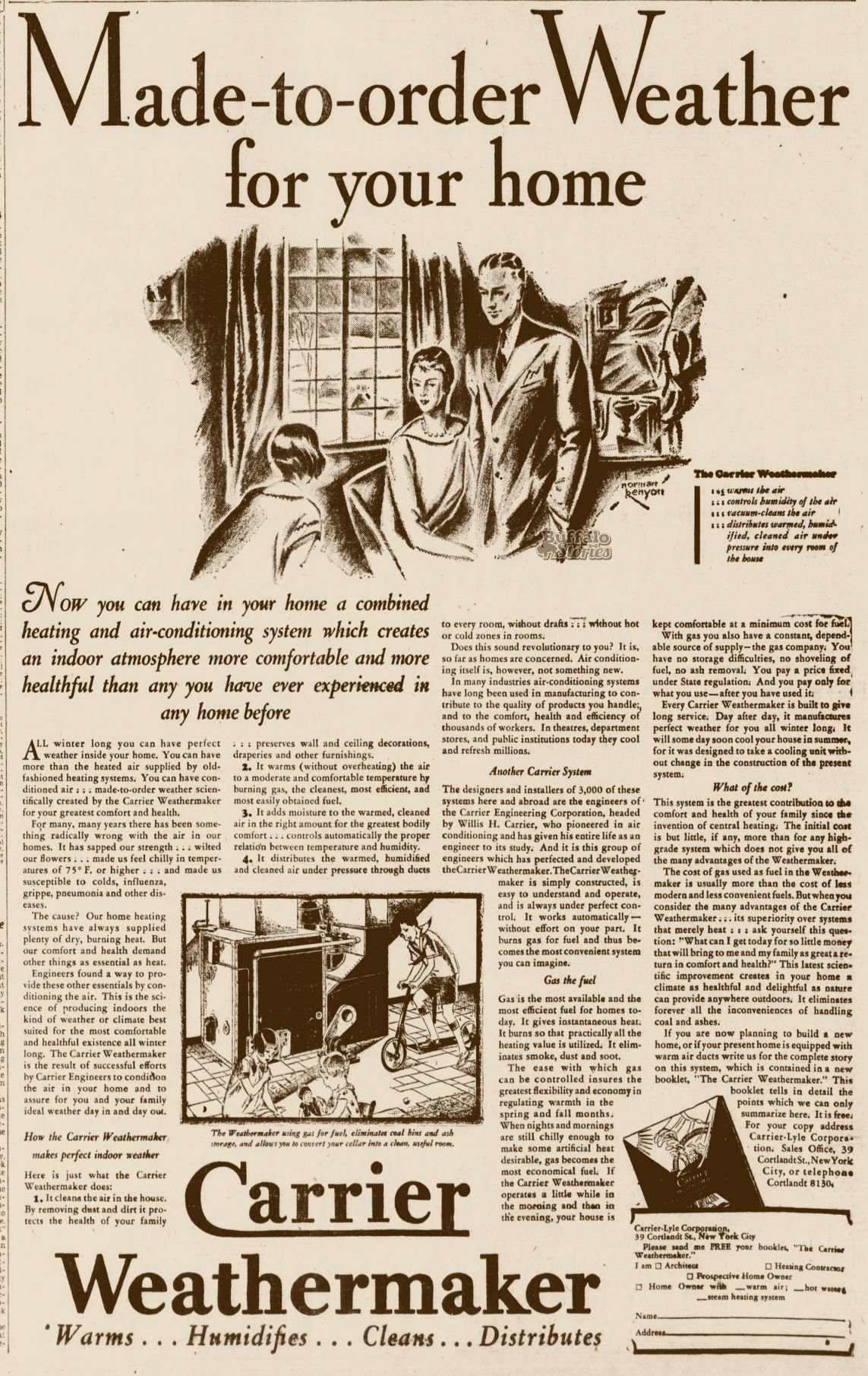 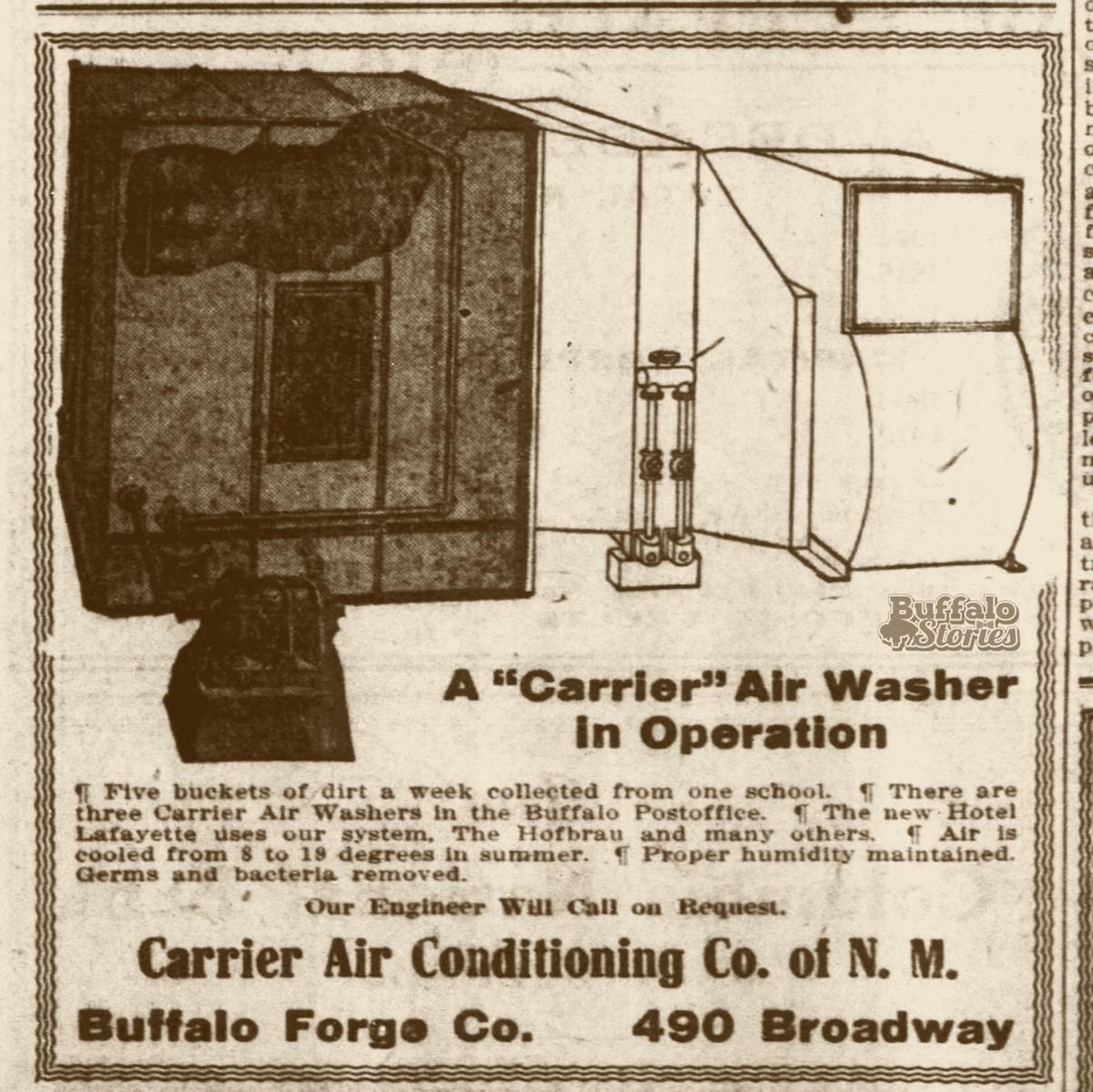 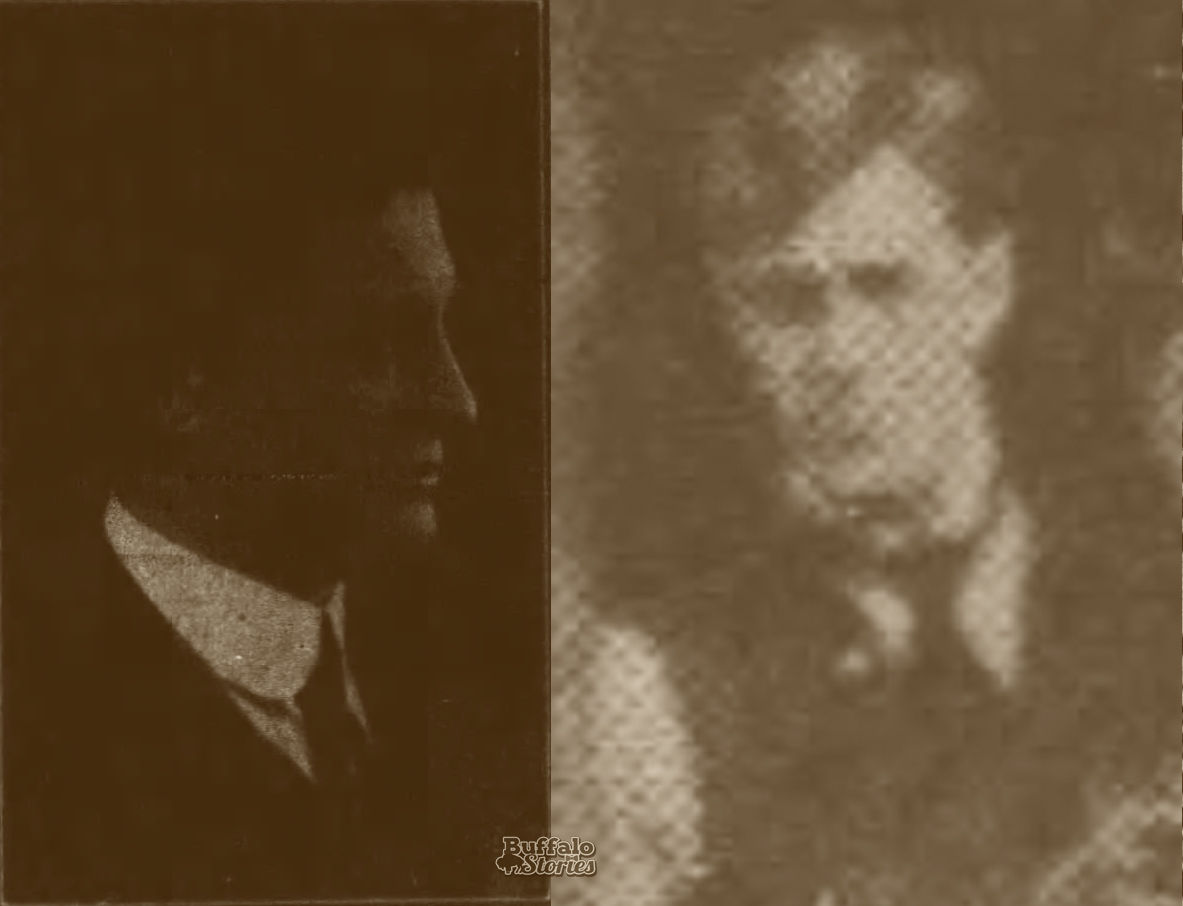 Buffalo’s extraordinary June heat this year has been made tolerable by the ingenuity of a Buffalonian.

Born and raised on a farm in Angola, Willis Carrier was a member of the Angola High School Class of 1894. After studying engineering at Cornell, in 1901 he moved to Buffalo, living on Vermont Street in the shadow of the Connecticut Street Armory and worked for $10 a week at Buffalo Forge.

The following year, from his desk at Buffalo Forge, he invented air conditioning – although at the time he would have explained it just as a methodical, well-engineered solution for a humidity problem at a Brooklyn paper factory.

Buffalo Forge created a special division to explore the possibilities of this new engineering concept, tapping the young engineer to head up “Carrier Air Conditioning.”

In 1903, Carrier moved to Buffalo’s Parkside neighborhood, living in two houses on Woodward Avenue, before building a mansion – “an artistic brick residence” – at 1350 Amherst St. between Parkside and Colvin.

A 1910 ad mentions that the Buffalo Forge/Carrier Air Conditioning “air washer” unit was recently installed in Buffalo’s new Lafayette Hotel. While also touting the cooling effects of the units, early marketing was centered on cleaning the air.

“Five buckets of dirt” were collected from the air of one school every week with Carrier’s system.

“The washing of air may sound like a physical impossibility but it is being done and done right here in Buffalo, too,” boasted a story in the Buffalo Commercial in 1912.

As Buffalo Forge geared up for World War I, the company dropped Carrier’s program. He, in turn, formed his own company, Carrier Engineering, which ushered in the age of air conditioning – first in industry settings, and then movie theaters. Starting in 1929, the “Carrier Weathermaker” home air conditioning unit was first made available for private homes.

In 1960, 12% of American homes had air conditioning. By 2002, the 100th anniversary of Carrier’s invention, more than 80% of American households were using the technology that revolutionized human life.