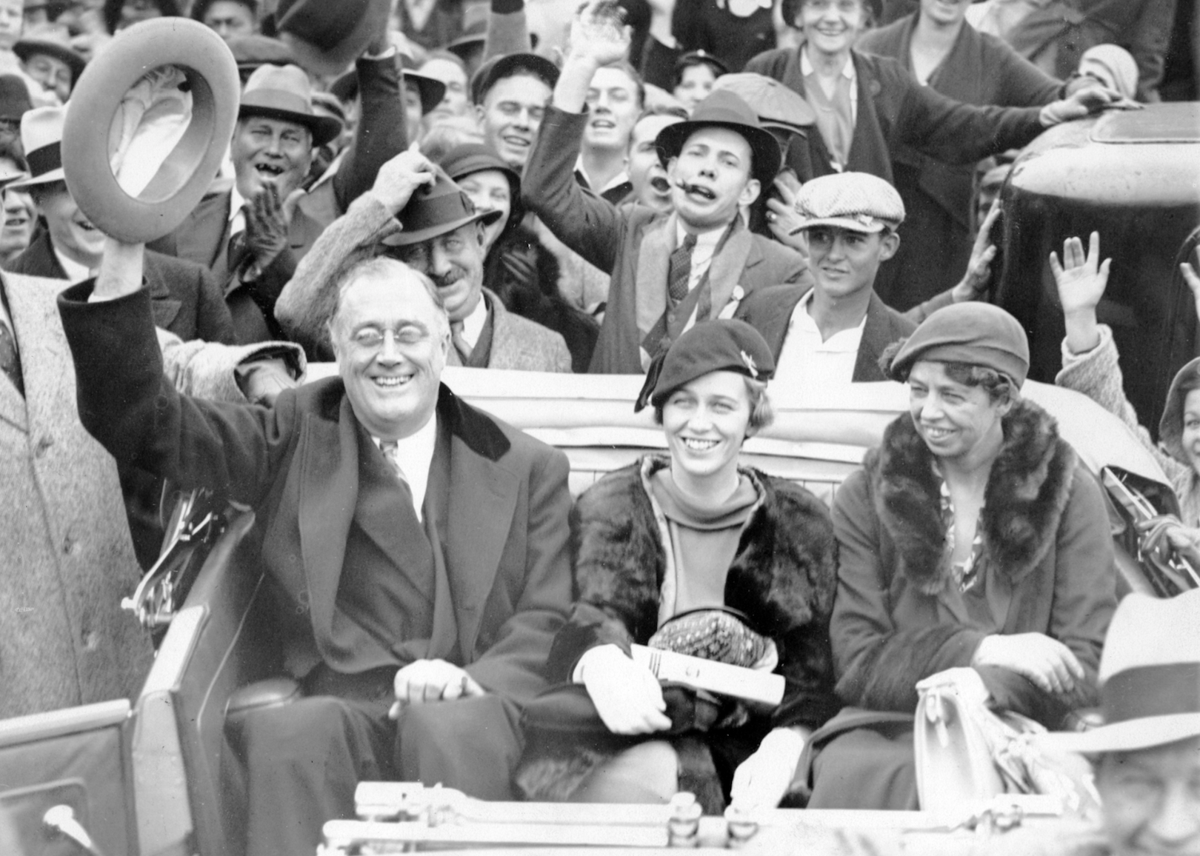 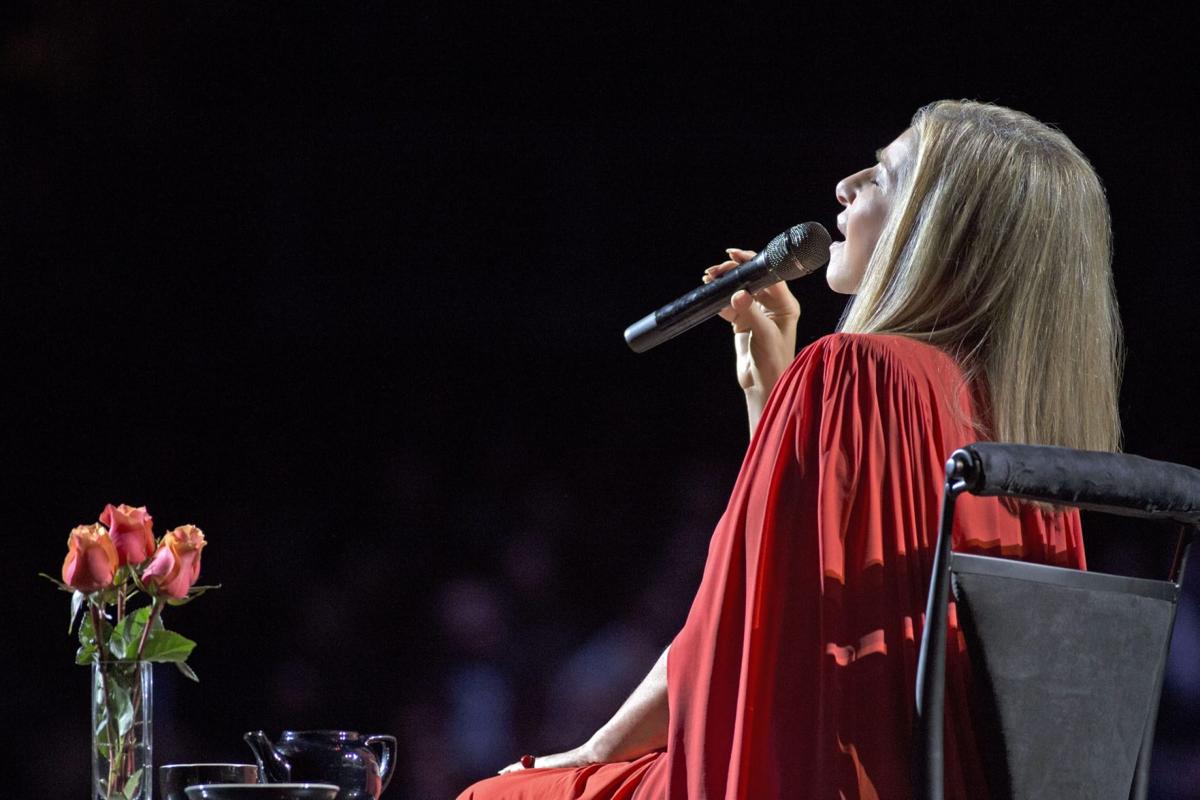 Not long after Joe Biden won the presidency, Barbra Streisand sent out a tweet of herself belting out “Happy Days Are Here Again” – lyrics by Buffalo’s own Jack Yellen.

It’s a song that never goes out of style, mainly because it is an anthem of hope.

The skies above are clear again

Let us sing a song of cheer again

It has been an unofficial theme song for the Democratic party since 1932, when Franklin Roosevelt had it played at the nominating convention in Chicago. Streisand’s rendition is among the best known; within an hour, her tweet had more than 125,000 views.

Jack Yellen was born in Poland, grew up in Buffalo, and died near Springville in 1991, at the age of 98. He wrote hundreds of songs across a storied career, though none is better known than “Happy Days Are Here Again” – which is itself here again, as a sort of celebratory soundtrack for the Biden age.

Milton Ager, Yellen’s frequent songwriting partner, wrote the music. “Happy Days” debuted in 1929, just ahead of the stock-market crash that led to the Great Depression.

“As songwriters often do, they seemed to know what was coming,” Paul Zollo wrote this weekend on the website American Songwriter.

“Happy Days,” he argues, was the right song at the right time – and is so once again, in our anxious age of the coronavirus.

“Like our current moment of lockdown, unemployment and loss, America in the Depression-era 1930s was a country in need of hope,” Zollo wrote. “This song offered some light, a real-time ray of hope. … Which is why it’s all about now.”

“I am a Bills guy all the way. Always have been, really,” the former Bills kicker says.

The song was featured in the 1930 movie “Chasing Rainbows.” You could say, then, that rainbows connect the two most memorable songs in the Buffalo songbook. Harold Arlen, who was born in Buffalo, composed “Over the Rainbow” for 1939’s “The Wizard of Oz”– and it was judged the greatest song of the 20th century by the Recording Industry Association of America. Also on that list, coming in at No. 47: “Happy Days Are Here Again.”

The song’s age-old association with politics came about by accident. Roosevelt’s favorite song, “Anchors Aweigh,” was originally chosen as the theme song for the 1932 Democratic convention, but it failed to stir the crowd when it was played the first time. So Roosevelt’s advisers called an audible and switched to “Happy Days.” And the rest is political history.

There's no one who can doubt it now

So let's tell the world about it now

“He did very well with that one when the Democrats adopted it,” says the songwriter’s nephew, also named Jack Yellen. He’s 83 and lives in Williamsville. In the family, his uncle was Big Jack and he was Little Jack – even though Big Jack was maybe 5 foot 4 and Little Jack grew to be 6 foot 2.

"I have space in my heart for two teams," said Julie Andreeff Jensen, who grew up a Bills fan and was recently hired by the Washington Football Team.

Big Jack lived on a farm in Concord, outside Springville, although he often spent time in the songwriting capitals of New York and Hollywood. Sometimes, when Big Jack was in New York, he would leave his 1946 Cadillac sedan with his brother, Sam, father of Little Jack.

“Once a week, a truck would come in with crates of eggs from the farm,” Little Jack says. “We’d load crates into the trunk of the Cadillac and I’d go with my father to deliver the eggs to restaurants all around Buffalo. I was around 9 or 10 at the time.”

“The farm in Springville was a working farm, with cattle and turkeys and a lot of chickens,” Little Jack says of his uncle’s place. “If you ask me, that was his love. He loved being there. At heart he was a fairly simple person. He liked getting his hands dirty.”

Or, as Zollo puts it in American Songwriting, “It’s been born and reborn many times, and perhaps due to the ongoing human need for hope, sounds new every time.”

Erik Brady: 45 years later, 'A Chorus Line' lives. (And so does that line about Buffalo)

"A Chorus Line” was the brainchild of Michael Bennett, who was born and raised in Buffalo, which made that line about suicidal redundancy something of an inside joke.