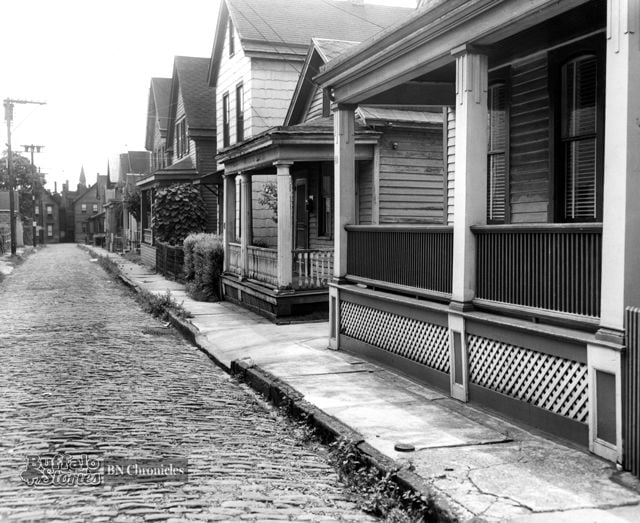 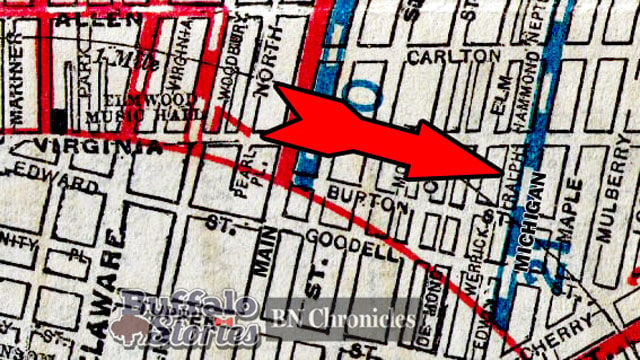 The area that is now seeing a resurgence as Buffalo’s Medical Campus was once a very densely populated center for brewing in the city.

Ralph Alley, which was known as Ralph Street by the time this photo was taken in 1958, was one of a half-dozen or so alleys in what is now the Medical Campus footprint.

In the 1890s, hundreds of homes like these were filled with mostly German immigrants and the first generation Buffalonian children of German immigrants. Many of the men worked in the nearby Ziegele, Weyand, German-American, Empire, Star, and Buffalo Brewing breweries or associated businesses like Braner or Wiegand Malting.

As a part of urban renewal and the expansion of the Buffalo General Hospital and Roswell Park Cancer Institute in the 1950s and 1960s, most of the tightly packed alleyways in the area were simply wiped off the map.

What was once Neptune Alley (also known as Ketchum Street) now runs under RPCI. Swiveller (also known as Hammond) and Codlin Alleys were also abandoned in favor of the Roswell campus.

Watch now: If you want to see a Bills game in person, you still need to be vaccinated, Erie County says

Watch now: If you want to see a Bills game in person, you still need to be vaccinated, Erie County says