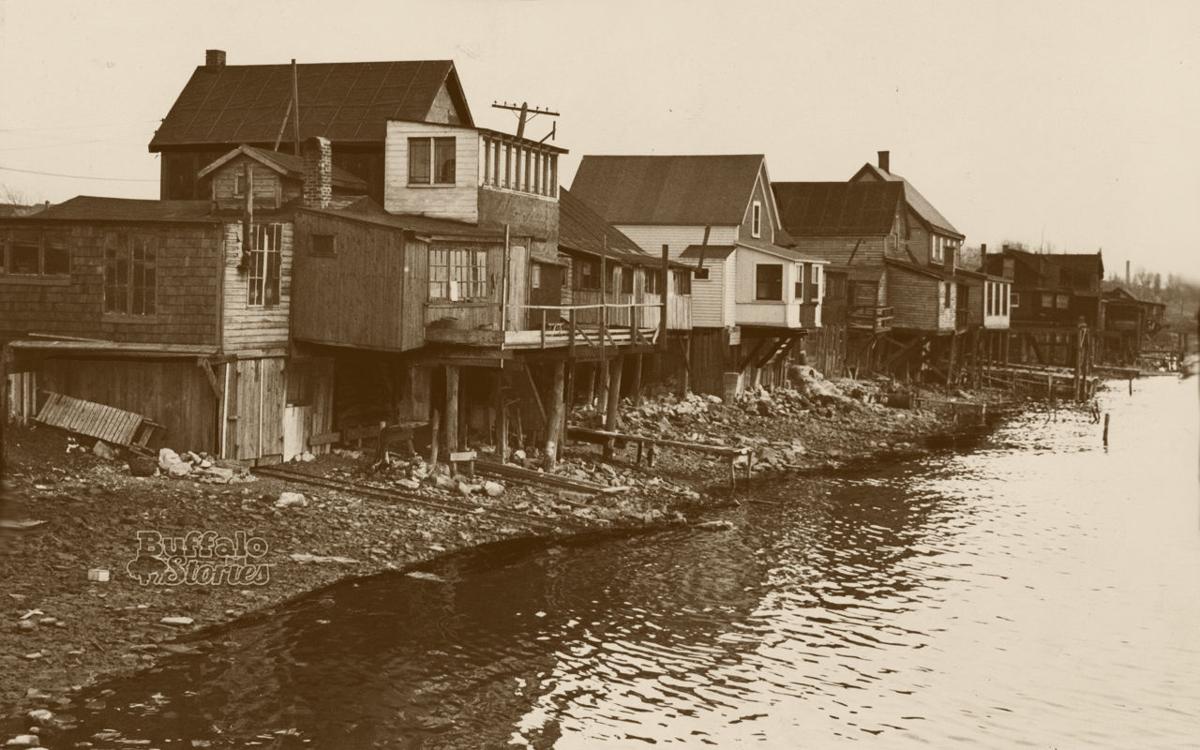 More than a single neighborhood, the Erie Canal Towpath was the home of a series of tightknit communities for more than a century. 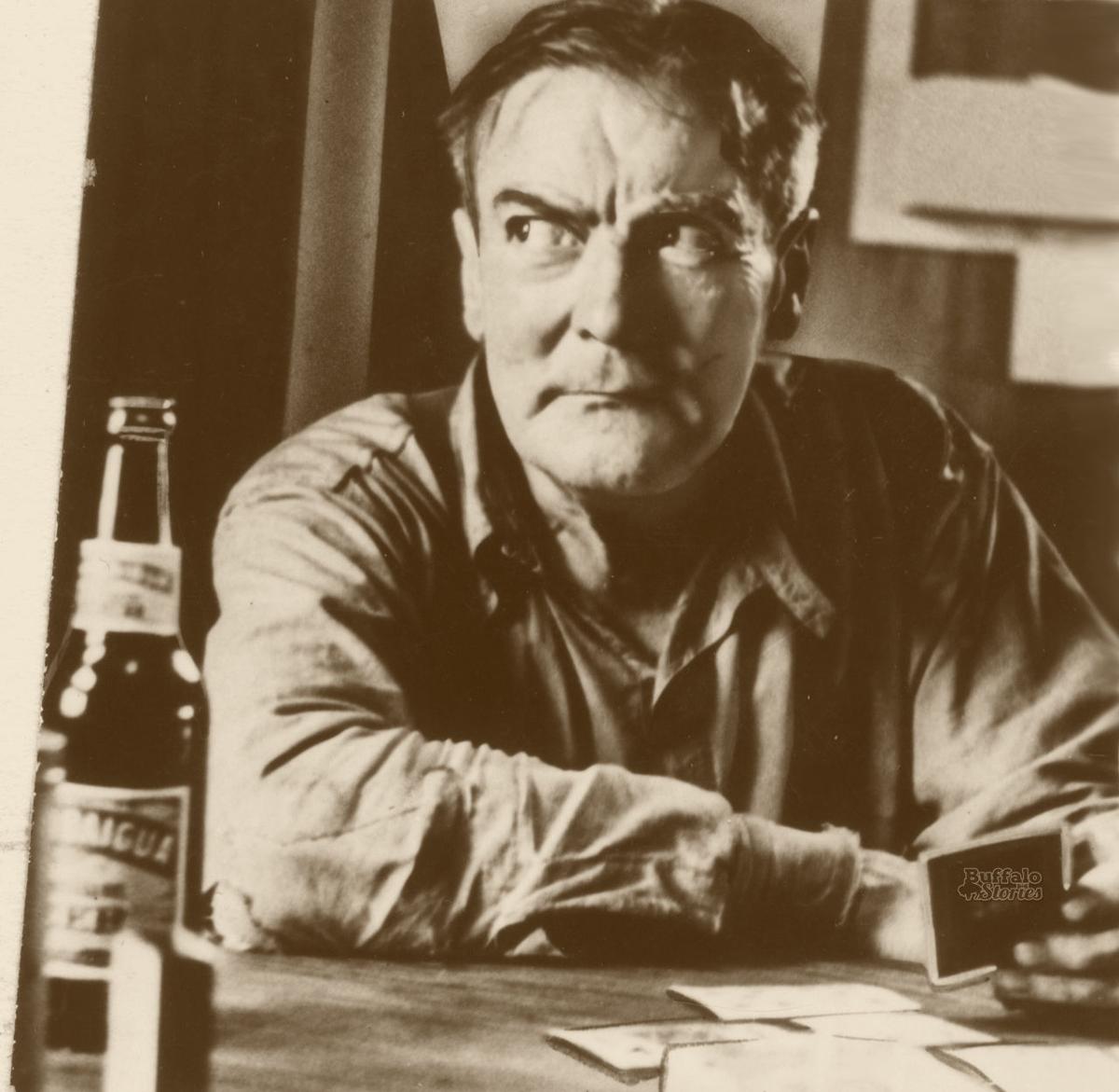 Drinking a beer and playing cards in Mutz' tavern, 1930s.

Buffalo grew from and because of the water. While the wealthy were building beautiful brick homes downtown and then later mansions stretching up Delaware Avenue, many of the poor were making their lives – living and working along the water.

Nearly every recognizable feature of the neighborhoods where these hand-to-mouth poor lived as late as the 1950s has been wiped off the map completely.

Once Buffalo’s most vibrant and authentic communities, it now takes a history book and a bit of imagination to think of how life was like on Unity Island – the former Squaw Island, in the shacks along the Outer Harbor beach on the Seawall, or in the tenement- and misery-filled Hooks neighborhood that once stood just north of Canalside.

More than a single neighborhood, the Erie Canal Towpath was the home of a series of tightknit communities for more than a century. From downtown Buffalo to Tonawanda, the Erie Canal pretty much followed the banks of Lake Erie and the Niagara River. The area between the canal and the natural water was the Towpath.

“Many Buffalonians regarded the Towpath as a sort of ‘poor man's Riviera.’ Its motley assortment of shacks and weather-beaten frame structures, leaning or squatting on pilings over the Niagara River, were likely to give that impression,” reported the Courier-Express in 1957.

“Along the waterfront, the whistles of the tugs were a familiar sound as they tooted a signal to request the opening of the locks between the foot of Amherst St. and the International Bridge,” wrote Clare Allen in the Courier of the days of steam tugs on the canal.

New locks – replacing 1833 models – were opened in 1912, raising or lowering boats five feet between the level of the canal or river and the Black Rock Channel.

Life of the towpath might be best exemplified by the story of Frank Mutz, one of the area’s great all-time characters. He operated a boathouse, restaurant and tavern from his home near the foot of Ontario Street starting in 1892.

Mutz’s tavern became a renowned meeting place for fisherman and hunters, and Frank himself became one of Buffalo’s leading guides. His home and business were a training quarters for boxing champion Frank Erne, a factory for small boats used by bootleggers smuggling in booze from Canada during Prohibition, and the launching point for boats heading to the illegal bare-knuckle boxing matches that were regularly held on Navy Island.

He retired in 1950 after nearly 60 years in business. During his final years, he became known to the children of Black Rock and Riverside as “The Penny Man,” having given out as many as 500,000 pennies to those kids, many of whom would return the favor with gifts of cigars or doing small errands for him.

After decades of languishing in virtual abandonment, the Erie Canal was filled in between Buffalo and Tonawanda in the 1930s, but the towpath remained.

In the mid-1950s, the canal and the surrounding towpath neighborhoods were completely paved over when the I-190 was built in the old canal bed from what is now the Canalside area downtown to the GM Tonawanda Engine Plant, all in the name of progress.

[BN] Chronicles: The 'terrible stench arising from the Erie Canal,' 1897

The Erie Canal played an integral role in the growth of Buffalo from a tiny frontier village to the eighth-largest city in the country, but for the people who lived around the canal – life was not like the upbeat song with low bridges and mules named Sal.

More than a single neighborhood, the Erie Canal Towpath was the home of a series of tightknit communities for more than a century.

Drinking a beer and playing cards in Mutz' tavern, 1930s. 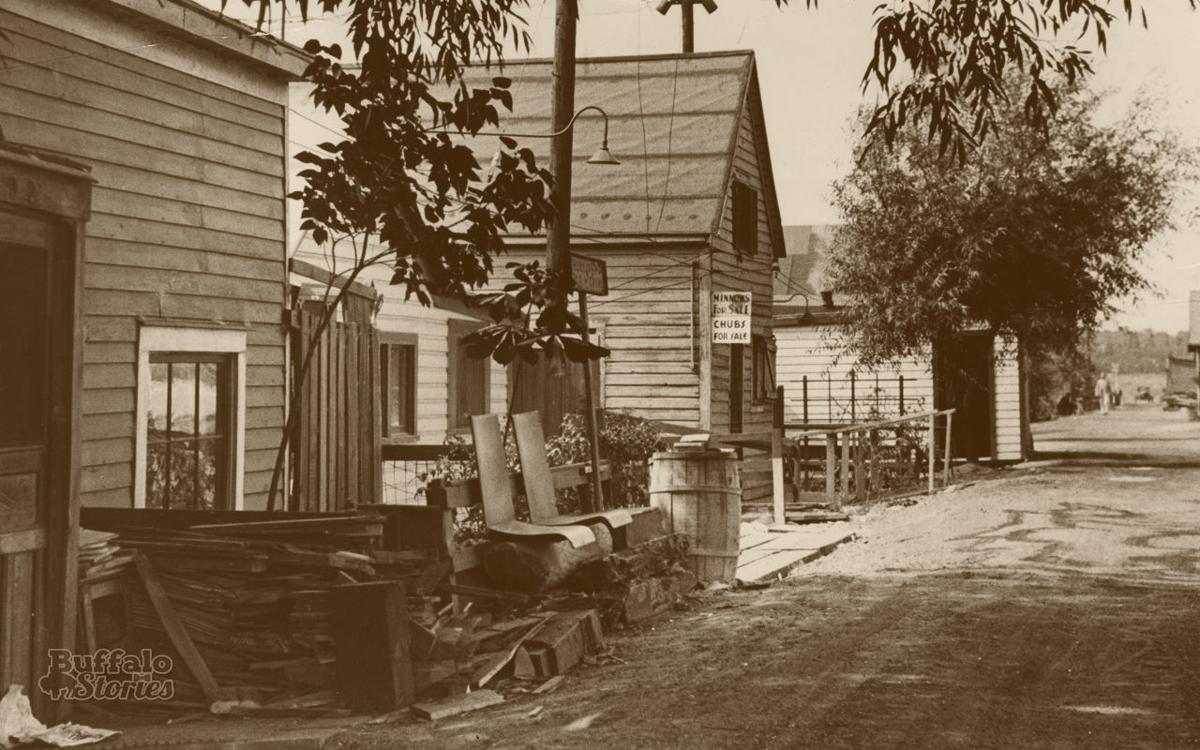 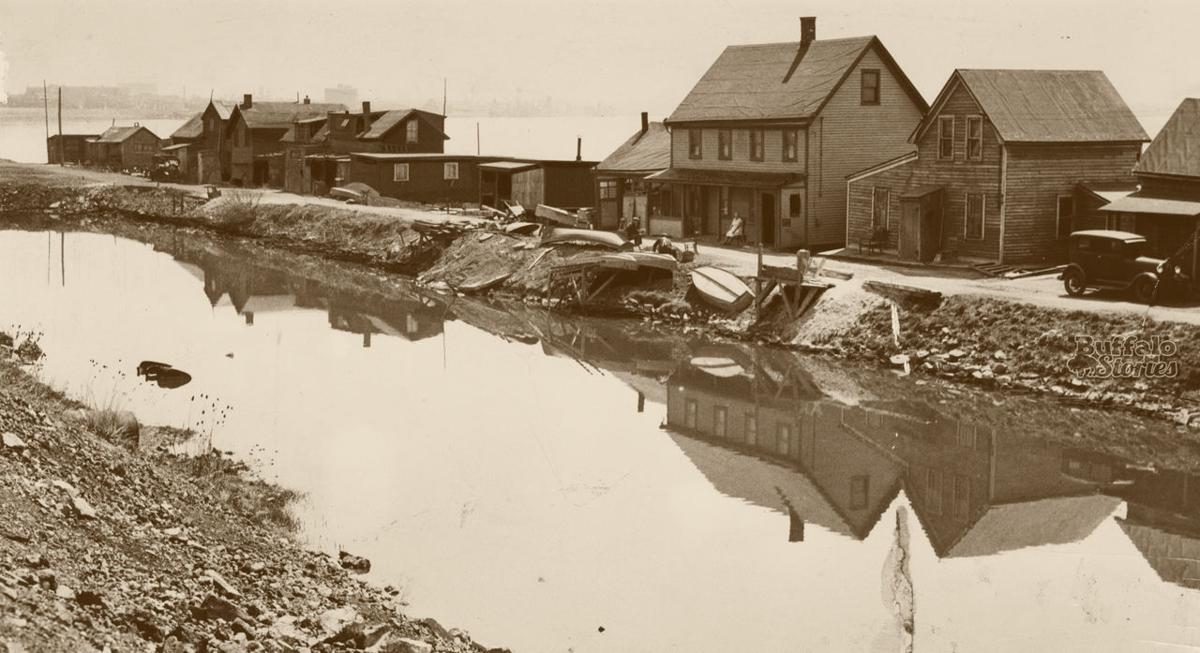