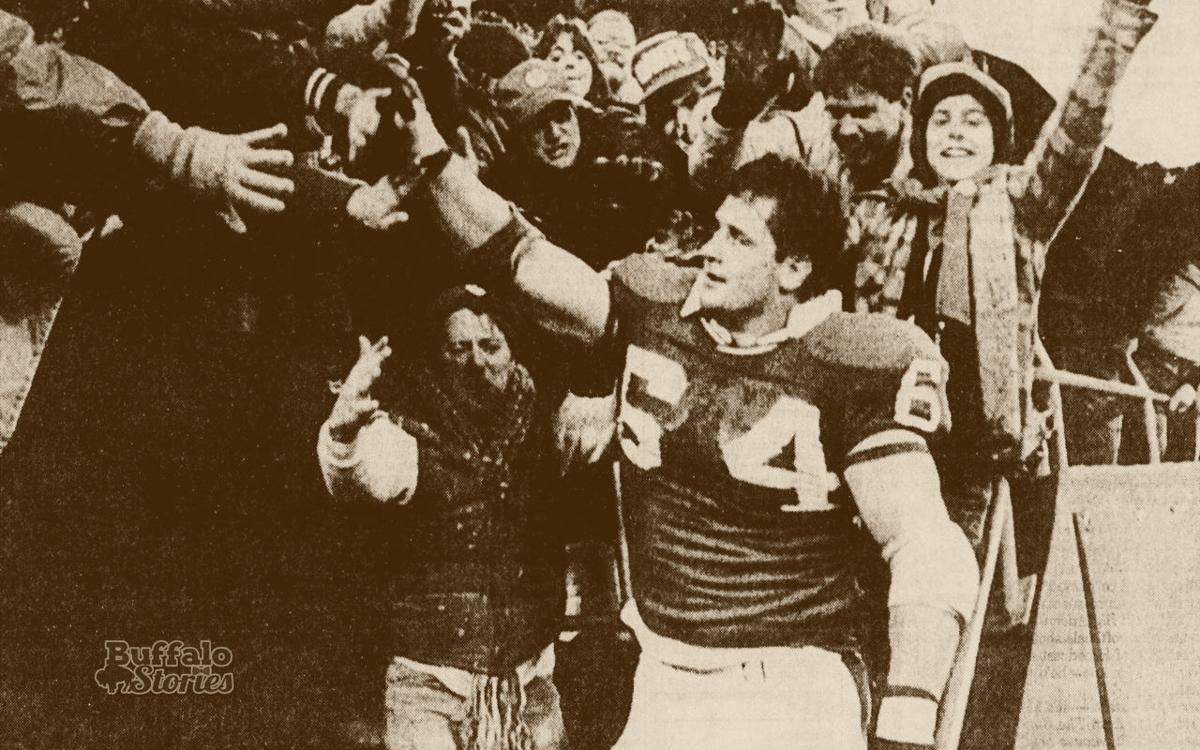 Jim Burt, the Orchard Park native who Giants teammates described as “the good kind of crazy,” was the first to dump Gatorade on a coach’s head to celebrate a football victory. 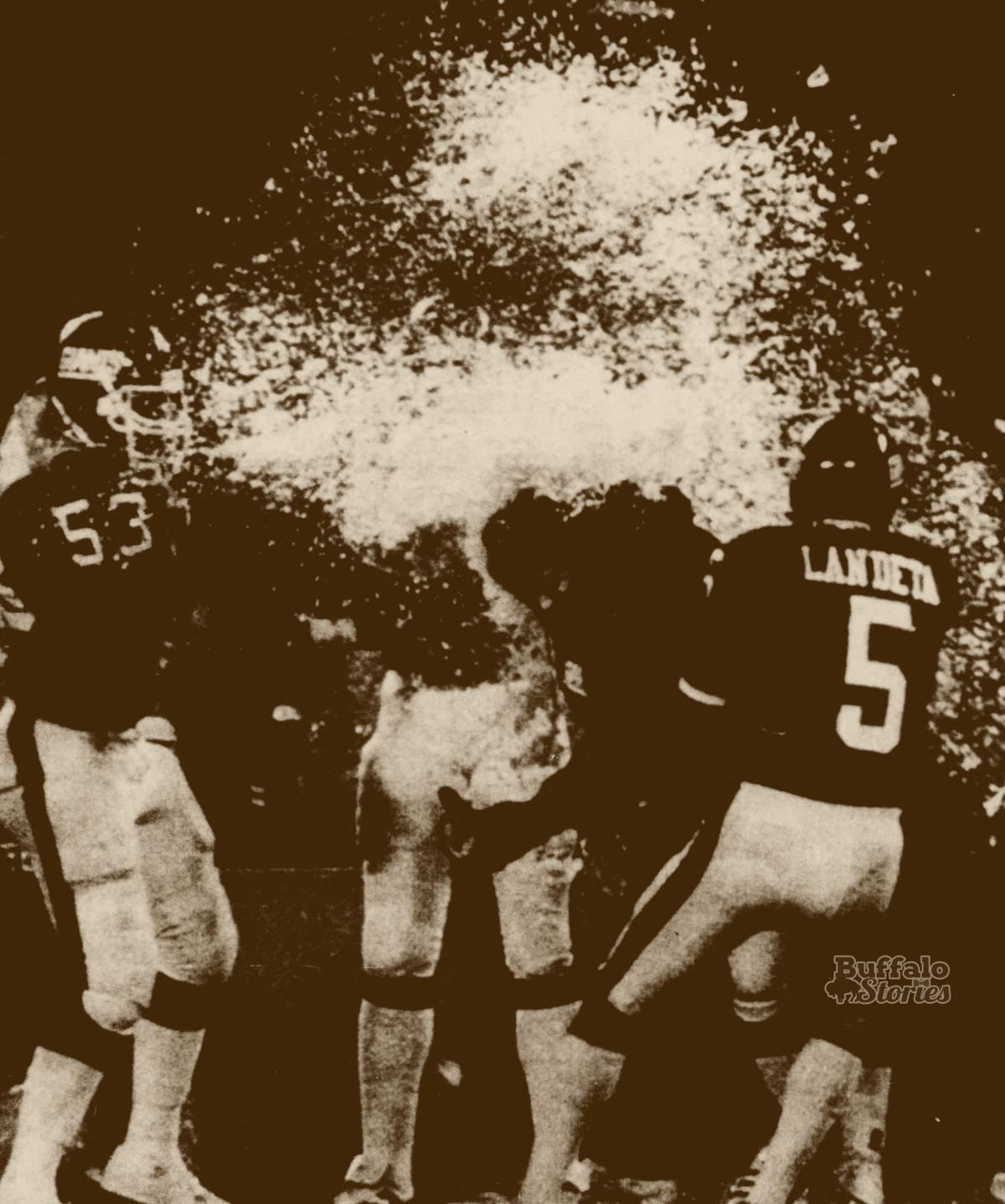 Between NFL playoffs and college bowl games, chances are over the next few days and weeks, you’re bound to see a football coach or two have a big bucket of Gatorade or water dumped on his head as a part of a game-winning celebration.

If your first instinct is that this traditional celebration looks more like something you’d do in anger more than triumph, you really aren’t too far off.

In the 35 years since New York Giants coach Bill Parcells was hit with the first Gatorade shower in 1984, nose tackle Jim Burt has offered several different explanations and motivations on that original drenching.

First, there were claims that there was an earlier dunking of Mike Ditka by Chicago Bears players, but the Ditka shower came about a month after Burt nailed Parcells in the video clip shown from an October 1984 Giants game against the Washington Redskins.

Parcells and Burt had a confrontational relationship from the very beginning.

In college at the University of Miami, he played with Jim Kelly. Burt was the defensive MVP for the Hurricanes in the Peach Bowl his senior year, but he went undrafted.

Parcells was the defensive coordinator for the Giants, where Burt had signed. The Big Tuna started riding Burt almost immediately — which fostered at least as much anger as it did motivation in the player.

That was 1981. By 1984, Burt was a regular in the Giants lineup and Parcells was head coach. To motivate the Giants against the tough Redskins, Parcells made an example of Burt — forcing him to punch 20-pound dumbbells into a padded wall for 45 minutes.

“He had to pay a price,” Burt told the Los Angeles Times in 2008, while admitting that Parcells told him later that he was the only member of the team who could endure the mental and physical toll of those enhanced workouts.

Burt said the Gatorade dump wasn’t planned that day — it just occurred to him as a funny way to get back at Parcells, even in the midst of the jubilation over a big win.

Coaches and teammates were momentarily worried, but when a smile emerged on Parcells’ face, a new tradition was born.

“Guys are throwing stuff at you and you’re getting soaked, but you’re still smiling, that must mean you’re winning,” said CBS NFL analyst John Madden when the game broadcast showed that first coolerful of thirst-quencher being spilled.

“Jim just likes to have fun,” Parcells said later. “Nothing wrong with that. He’s an excitable guy.”

Burt hurled the first cooler of Gatorade, but it was his teammate Harry Carson who kept up the tradition — which became forever linked to Parcells, eventually earning him a three-year, $120,000 endorsement contract with Gatorade.

The height of the whole affair might have come after the Giants Super Bowl victory in 1987, when President Reagan poured a bucket of popcorn on Carson’s head — and Carson reciprocated, all because Burt had a crazy impulse to get even with his legendary coach.

The intersection of Niagara and West Ferry streets is now dominated by large buildings that are a part of the Rich Corporation complex of buildings.

An unwavering commitment to downtown Buffalo

The Buffalo News has always been rooted downtown. In fact, over the course of 140 years, our offices and printing plant have stayed within the…

Our newsroom, your truth-seekers

One hundred forty years after Edward Butler launched the Buffalo Evening News, your newspaper remains what Butler quickly built in the late 18…

Presses running at 25 miles per minute

On June 30, 1958, President Dwight D. Eisenhower kickstarted the very first production run at our current headquarters with the press of a but…

The Buffalo News’ reputation for journalistic excellence has been shaped by some of the nation’s most talented news leaders.

News Founder Edward H. Butler Sr. may have arrived in Buffalo as a newcomer in 1873, but as the Buffalo Evening News grew, Butler and his pape…

A watchdog commitment that's stronger than ever

Our newsroom is focused on enterprise stories – original reporting that you won’t ﬁ nd anywhere else. An important type of enterprise is inves…

Jim Burt, the Orchard Park native who Giants teammates described as “the good kind of crazy,” was the first to dump Gatorade on a coach’s head to celebrate a football victory. 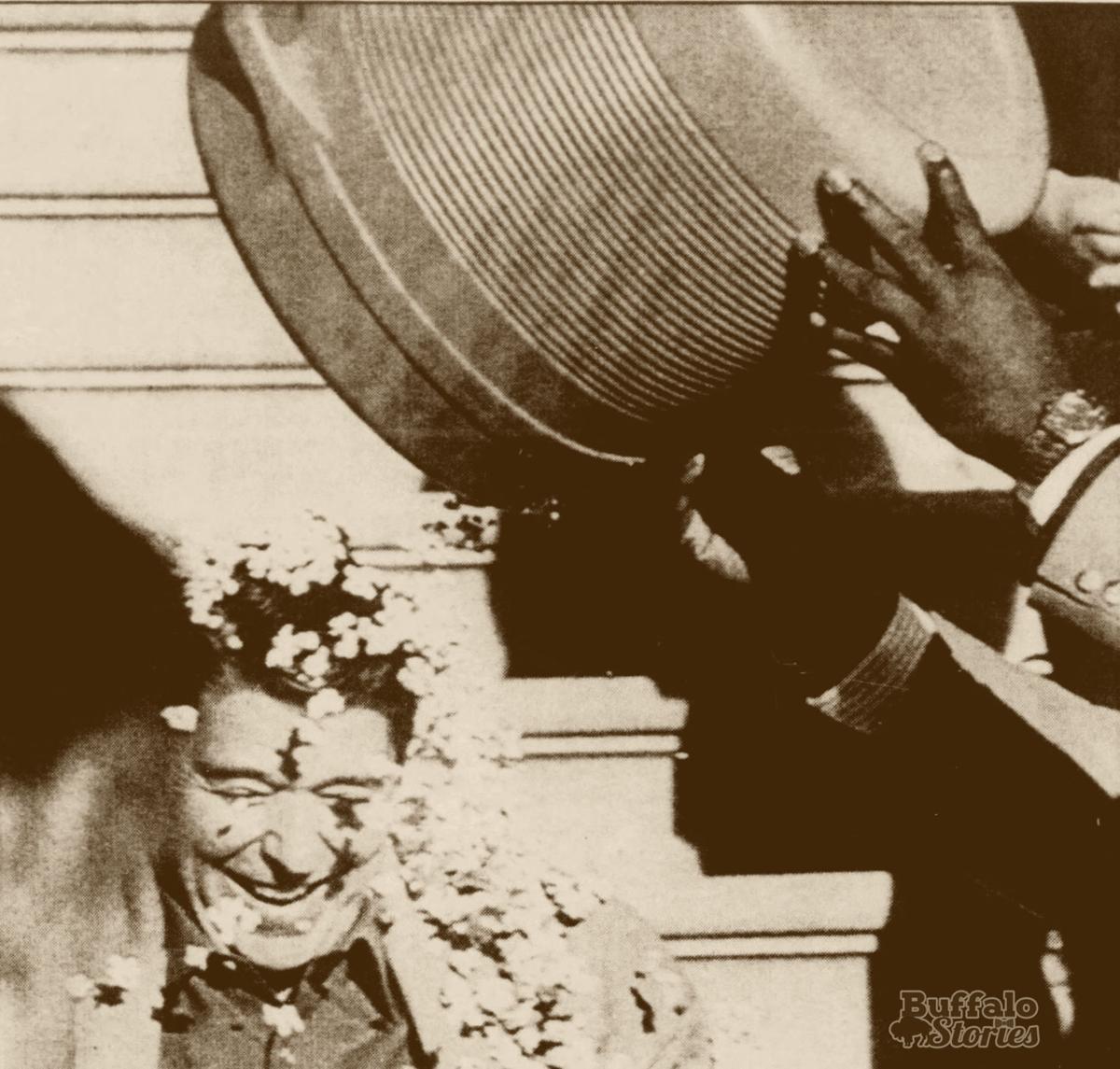