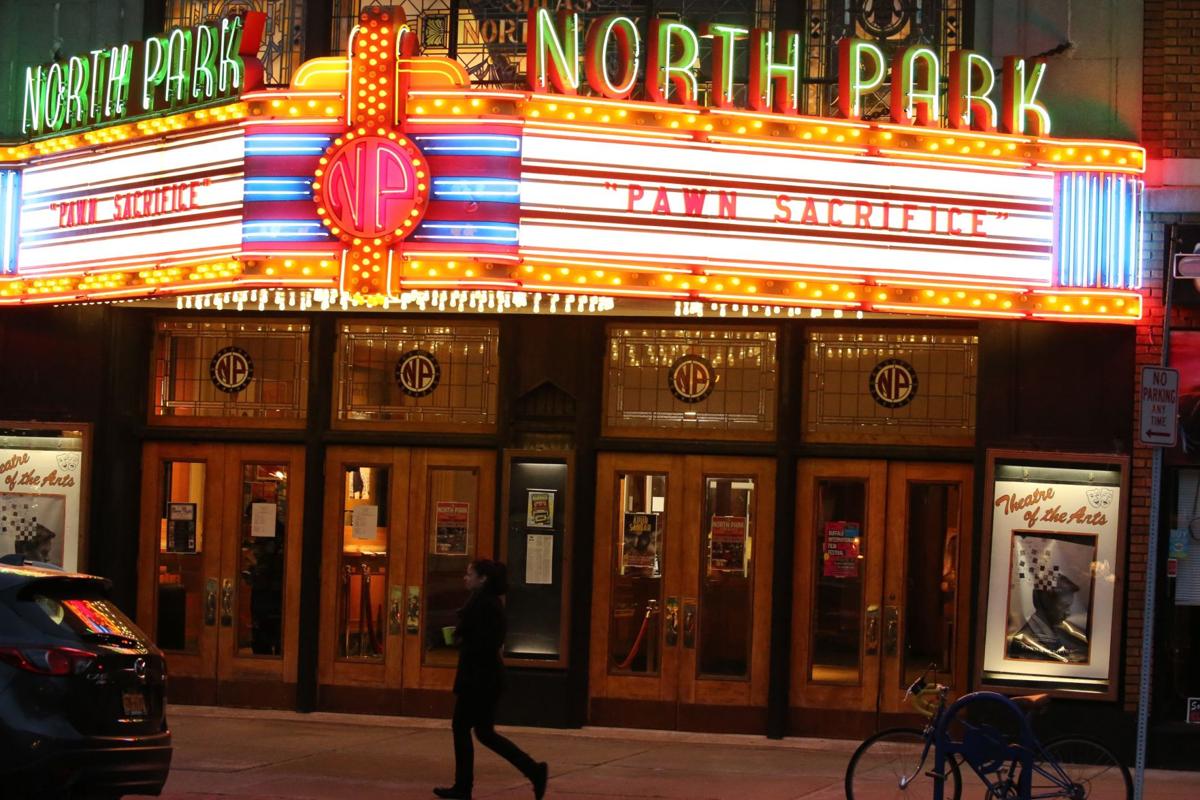 It's impossible to talk about Hertel Avenue without talking about the North Park Theatre. (John Hickey/News file photo) 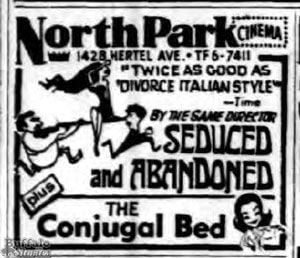 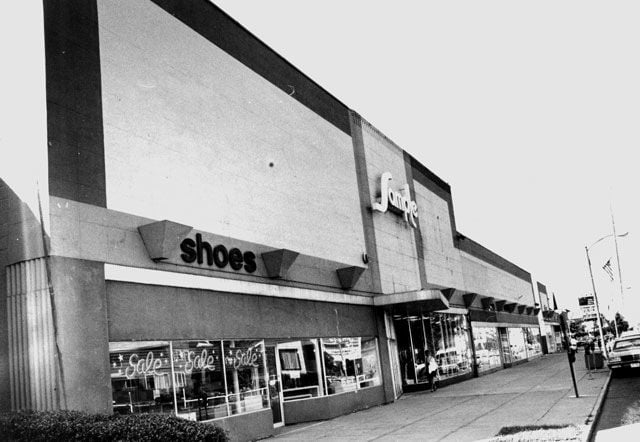 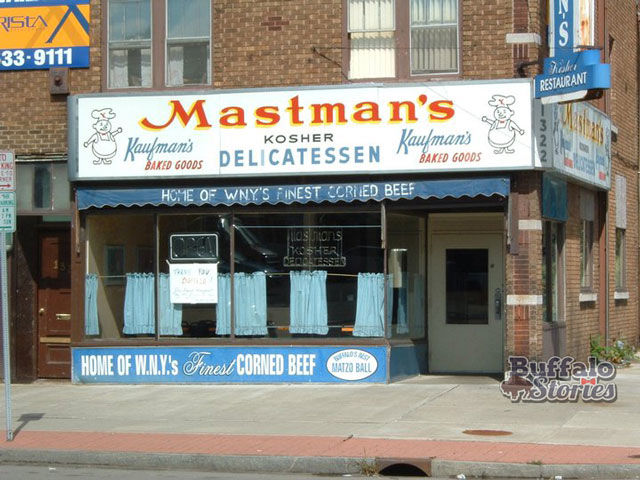 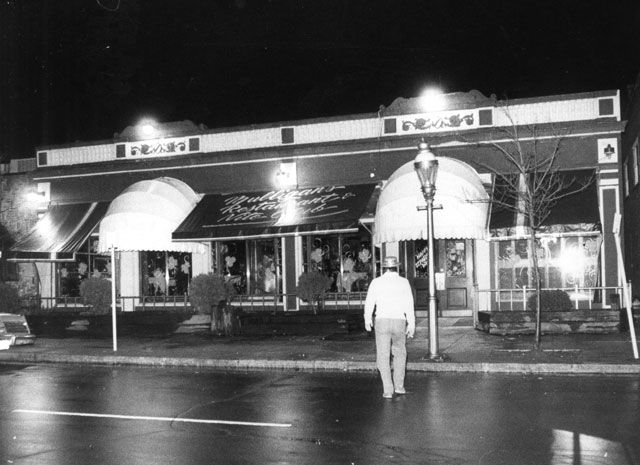 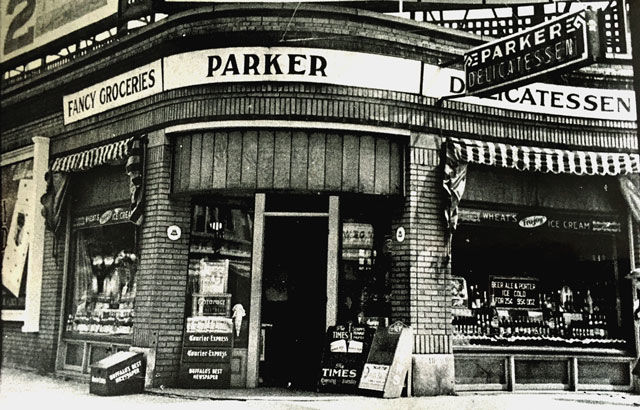 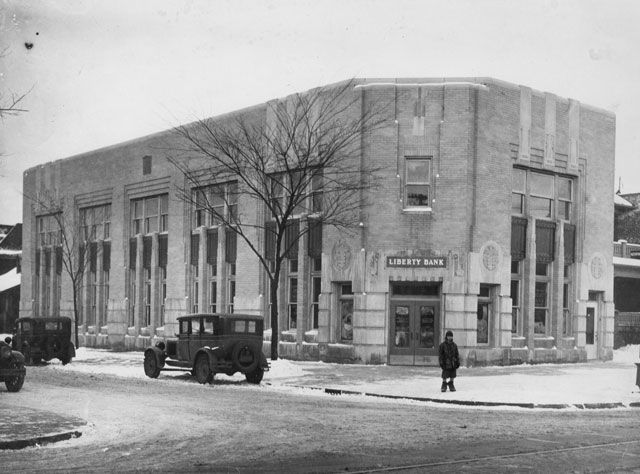 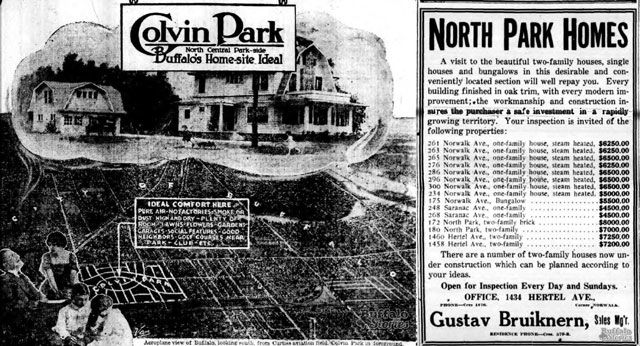 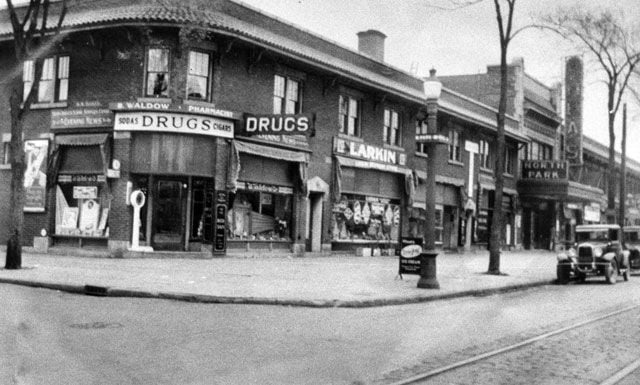 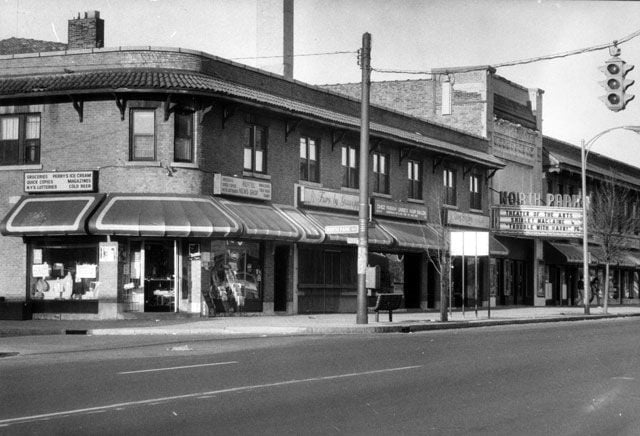 Over the last 10 to 15 years, Hertel Avenue has cemented a reputation as the slightly less-crazy-but-still-just-as-fun older brother of the Elmwood strip.

Spending an afternoon or evening on Hertel drops you in the center of the cosmopolitan “New Buffalo,” showcasing a perfect example of a diverse neighborhood that has retained the flavor and feel of its heritage, keeping bits of the old while the vibrant and new evolves.

The result is a strong, proud, urban neighborhood filled with residents and entrepreneurs of every age and experience — all combining to reflect the best of our uniquely Buffalo character.

While history is certainly a part of the mosaic that is the Hertel Strip, the street’s great vibe doesn’t rely on cheap nostalgia. Longtime venerable institutions have been rebuilt and reconfigured to fit our modern needs and make the past a living, breathing part of what’s next.

Here, in the first of a biweekly series about the history of our city that the citizens of Western New York should know, Chronicles takes a look at what makes Hertel Avenue special.

The most obvious and stunning example of Hertel Avenue's renaissance is the North Park Theatre, built by Buffalo movie house magnate Michael Shea as Shea’s North Park when the neighborhood was new. As the cinema opened in 1920, you could still pick a plot of land and have a house built to your specifications on many of Hertel’s side streets.

The bright lights of the North Park have shined through plenty of history — bright during Buffalo’s Golden Age, they were still lit as “the last person to leave Buffalo” was asked to turn out the lights by the famous downtown billboard in the late '70s. The theater was there for neighborhood kids to spend their spare nickels and their entire Saturdays watching Tarzan and Popeye. Later, after those kids started spending Saturdays at home in front of their own screens, the theater was there showing dirty movies.

As an institution, the single-screen “neighborhood show” was decimated by the 1980s, but the North Park hung on. In the '90s, the North Park was the last man standing, showing mostly foreign and art films, until the digital age caught up with the dinosaur. The North Park was open for business before talkies in an era when films didn’t even have sound. It seemed financially implausible to update the old house with the cinematic workings of the 21st century, but somehow, unlike dozens of other community movie theaters, the North Park lived on to become the focal point of the renaissance of a neighborhood and a city.

The millions of dollars pumped into the landmark excited an already-burgeoning scene on Hertel, doing what Buffalo seems to do best — using our history as a foundation for our future.

The North Park hung on long enough to become an anachronism worth saving, but that wasn’t the case at the home of Hertel’s other famous neon sign. When Jack Shapiro served his last pastrami on rye with a side of gruff and slightly agitated at his beloved Mastman’s in 2005, an era ended as the city’s last kosher deli closed. It followed a handful of other institutions that had been a part of the vibrant Jewish community on Hertel.

When Shapiro bought Mastman’s in the late 1970s, the matzo ball competition with other delis — like the vaunted Ralph’s — was fierce. Go back to when Max Mastman opened his door at Hertel and Colvin in 1945, and there was even more competition — even from the family of CNN’s Wolf Blitzer, which owned Blitzer’s Delicatessen in the storefront that later became Ralph’s.

Of course, it wasn’t just the delis or the synagogues that eventually left — it was the people who populated them.

The epicenter of Buffalo’s Jewish culture, which had moved from William Street on Buffalo’s East Side in the '20s and '30s to Hertel, moved on to Amherst in the '50s and '60s. Meanwhile, larger and larger segments of Buffalo’s Italian population began drifting north from West Side Catholic parishes to North Buffalo’s Holy Spirit, St. Margaret’s and St. Rose of Lima.

It was back on the West Side on Connecticut Street where a group of proud Italians tried to revive the old traditions of the St. Anthony’s festival in the mid-1970s. They succeeded, reviving it to the point where “The Italian Festival” outgrew Connecticut Street. It expanded even further once it hit Hertel in 1989, and it was in North Buffalo where the festival became a regional event.

Where you went to have a good time

Part of Hertel’s modern-day appeal is the nightlife, and the handful of taverns, gin mills and night spots where patrons have the feeling like they could run into just about anyone who is in Buffalo and looking for a good time.

Along Hertel in the 1970s, one place in particular had that feel, and that place was was where the powerful and elite went to have a good time: Mulligan’s. Mulligan's was the regular night-out home of Buffalo’s great stars, such as OJ Simpson, and Buffalo’s great visitors, such as Cher.

Mulligan's was even the scene of an underworld execution: Career burglar Frank D’Angelo was ambushed and shot dead leaving Mulligan’s on Oct. 5, 1974. It’s long been assumed he was killed after not offering mob bosses their expected portion of the profits after a big jewelry heist.

The 1970s also gave rise to what is likely Hertel’s greatest contribution to Buffalo’s pop culture DNA. Accounts differ of the exact details, but most stories involve a bottle of tequila, a few Vietnam vets and a hankering for the tacos they’d grown up with in Chicago. Four guys scraped together $6,000, and “The Mighty Taco” was born at 1247 Hertel Ave. in 1973.

At first, Buffalo didn’t know what a taco was.

“We'd have old North Buffalo Italian ladies come in and ask what they were,” co-founder Andy Gerovac told The News in 1997. “We'd tell them they were Mexican sandwiches and they'd say 'Thank you,' and leave.”

It was with the late-night college student crowd that those "Mexican sandwiches" first caught on, and by the end of the '70s, Mighty Taco had four locations.

Some things change; others remain the same

Perhaps the most wonderful part of the evolution of Hertel Avenue is the fact that it has been a true evolution. Many of Buffalo’s most exciting places have undergone more harsh makeovers to become the places we enjoy today.

A walk through Larkin Square or along Chippewa, for example, would be an entirely foreign journey for someone familiar with the place half a century ago. Maybe just the buildings would be familiar. Not even the buildings give any clues to the past at the Medical Campus or Canalside, which have been rendered completed unidentifiable from past incarnations of those neighborhoods.

Not so on Hertel. For all that’s new and exciting there, it’s pretty much the same place, though some changes do jump out.

For example, the Sample Shop, which for decades brought more people to Hertel than perhaps everything else on the strip combined.

The Sample’s first dresses were sold in the living room of a still-standing house just east of the Sample department store we all remember. That was in 1928. For decades afterward, thousands of women from all over Buffalo, attracted by the high fashion and unusual late evening hours, were seen stepping off the streetcar or bus at the corner of Parkside and Hertel in front of Sunshine’s Market (another victim of “progress”) to walk up the block to the Sample.

On the corner of Hertel and Parker, an entirely different business operates today, but the feeling is the same as it ever was. In the '50s and '60s, friends and neighbors gathered at the old Parker Pharmacy for a phosphate or an ice cream sundae. Today, people gather in the same building at what might be this decade’s version of the soda fountain: a coffee shop. It’s the same fellowship and conversation — we’ve just switched out the soda jerk for the barista and the 5-cent pop for a $5 latte.

Some things just haven’t changed at all. There are plenty of restaurants and small shops where the faces behind the counter have been familiar ones for decades. A handful of bars have been in the same spot for generations, remaining real neighborhood joints as trends like disco and chocolate martinis come and go.

For just one example, look to a place North Buffalonians have been doing their banking on the corner of Hertel and Norwalk for more than 80 years.

Hertel is a microcosm of the best version of “what’s next” for Buffalo — an eclectic, evolving, welcoming place characterized by the very best of what’s new woven into the fabric of what has always made our city great.

It's impossible to talk about Hertel Avenue without talking about the North Park Theatre. (John Hickey/News file photo)