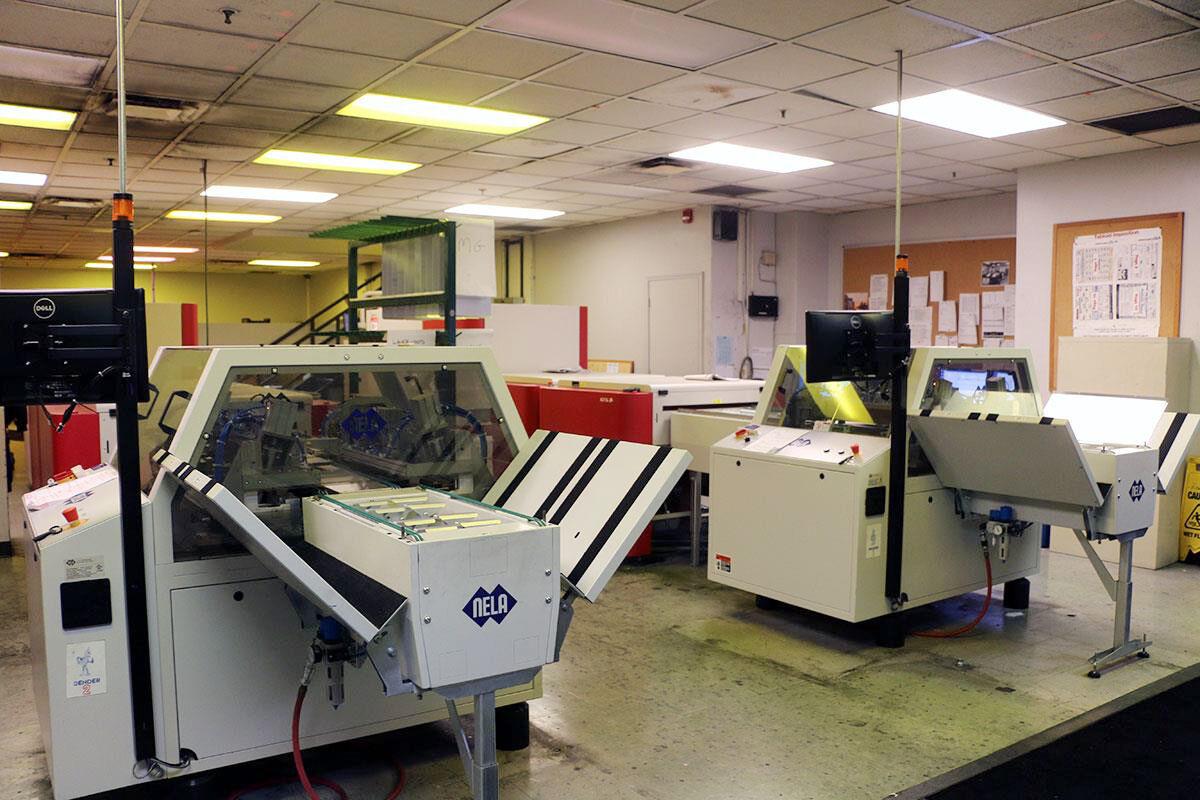 A specialized machine burns digital renderings of each page of The Buffalo News onto aluminum plates. 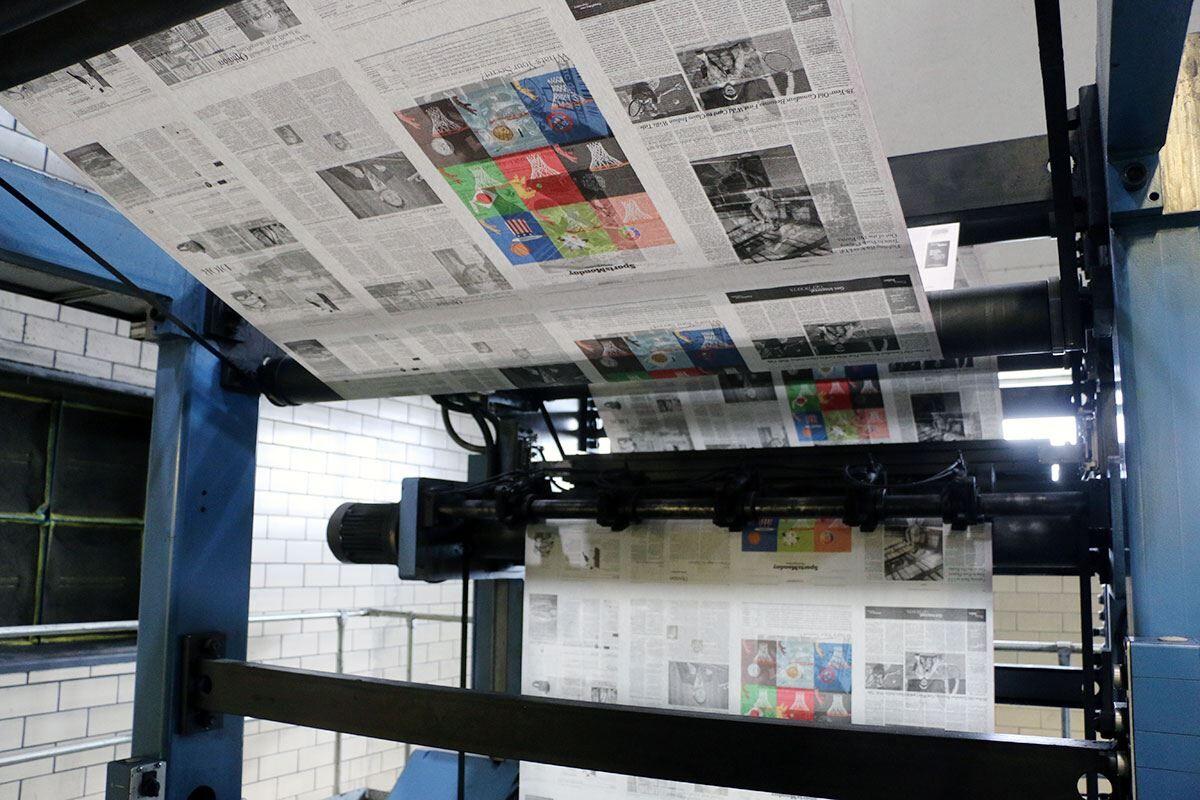 The News prints several other publications, including a regional edition of the New York Times each night. 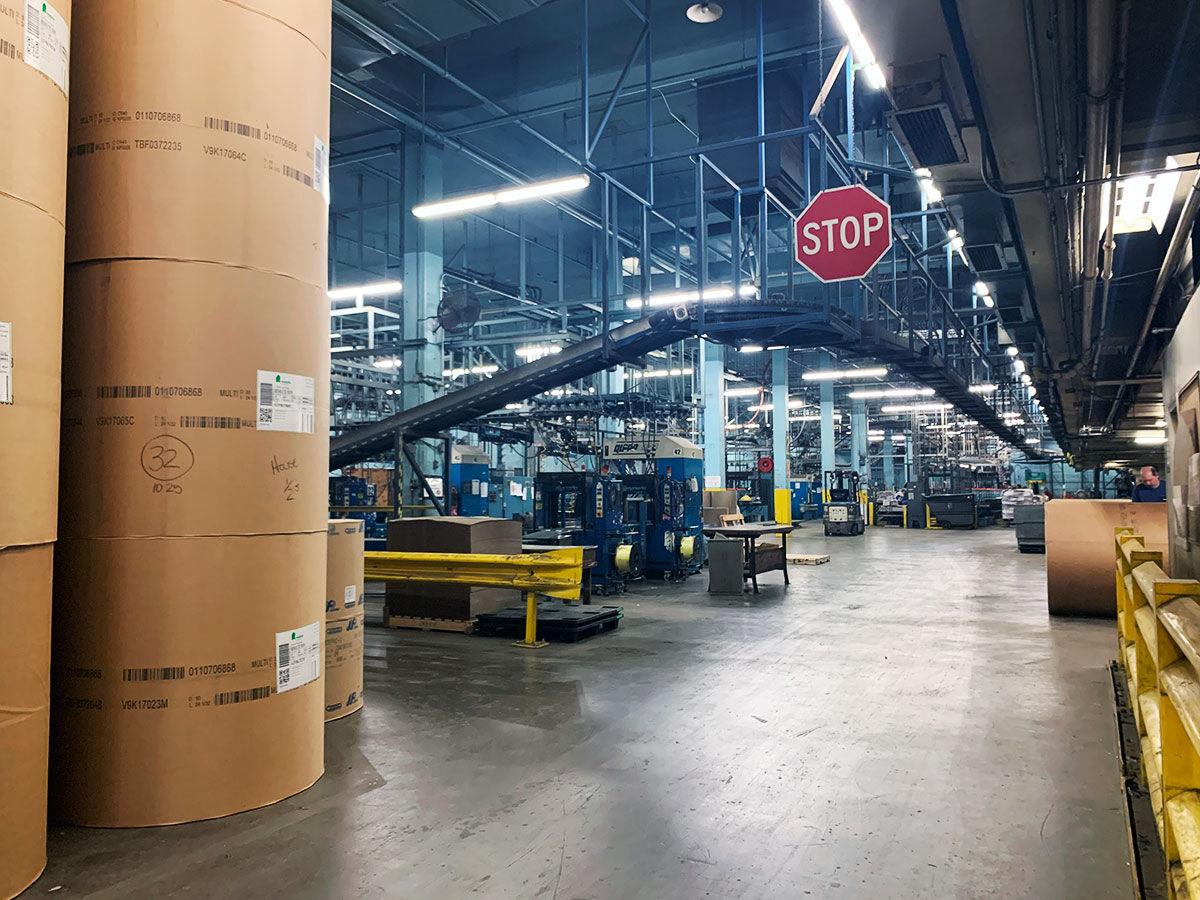 A system of conveyer belts carry folded papers off the presses to be stacked, bundled and organized by delivery zone. 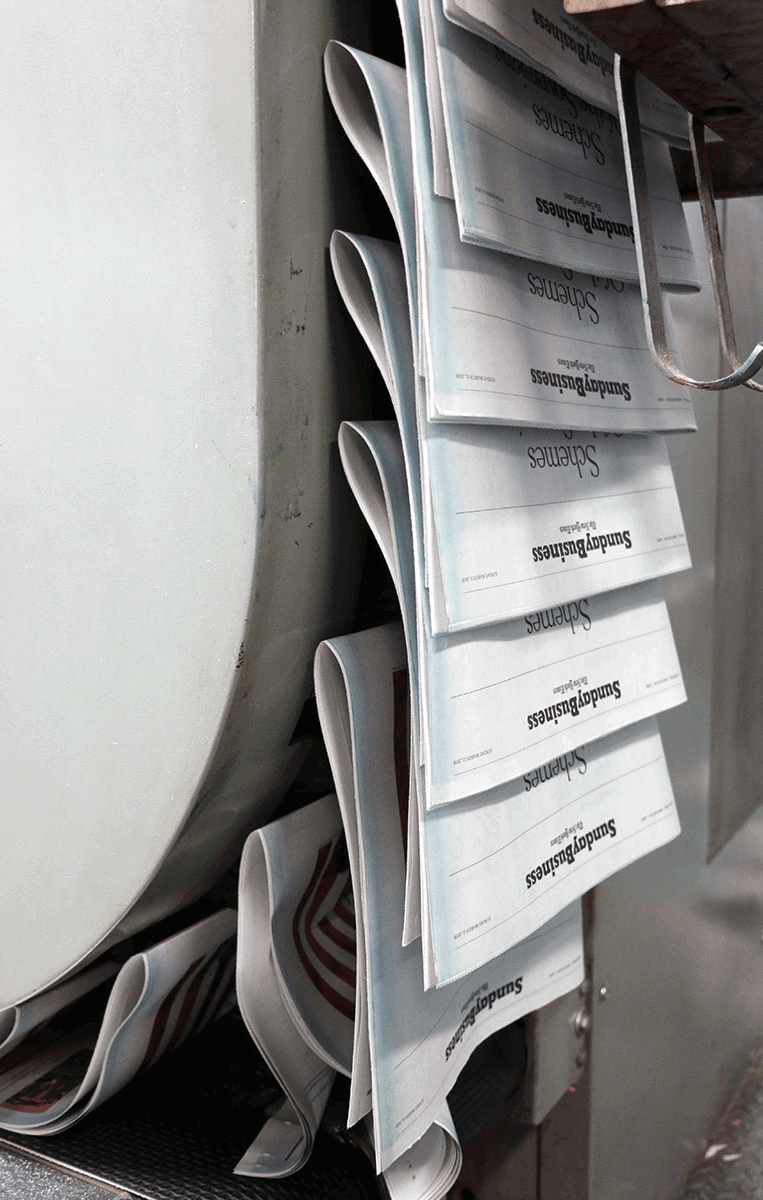 Papers come off the presses cut and folded.

On June 30, 1958, President Dwight D. Eisenhower kickstarted the very first production run at our current headquarters with the press of a button from the White House – a News tradition that dates back to 1904 with President Theodore Roosevelt and the News plant at Seneca and Pearl.

Five decades later, then-Publisher Stan Lipsey oversaw the installation of two modern presses to the printing plant – a $40 million investment. This new era of production was launched by President George W. Bush, who typed the commands from a computer in the Roosevelt Room of the White House to start the new presses. Those continue to print The Buffalo News to this day.

At five stories high and more than 650 tons, these presses are capable of producing 75,000 copies per hour at a speed of almost 25 miles per minute. But the production marathon begins long before the presses actually get going.

The process begins in advertising, where ad reservations are placed on the next day’s pages. Next, a team of newsroom designers lays out the lineup of editorial coverage in the spaces not set aside for ads. As pages are finalized, digital renderings are sent to pre-production to place pieces like the artwork for ads, classifieds and puzzles.

The finalized pages are sent off to the plate-making room, where a machine burns them onto recyclable aluminum plates. Coated with a light-sensitive photopolymer, the plates are then soaked in a chemical solution to wash away spaces not filled with images or text – a process akin to developing a photo. Plates are then bent to fit the press and hung until it’s time to print.

The plates are then attached to the presses and stamped onto newsprint using a process that involves water and ink. As the first pages come off the press, pressmen are busy in the control room, checking for errors and making adjustments in alignment and color as needed.

By midnight, some papers have already been printed and shipped for delivery to outlying areas. But even after the press run begins, the newsroom keeps sending updated pages that include late-breaking news and sports. The presses are regularly stopped to change out those pages.

Papers come off the press already cut, ordered and folded on conveyer belts, where they’re then machine-stacked, tied in bundles of 40 and organized by delivery zone. During one of 10 departure times between 11:45 p.m. to 3 a.m., papers are loaded onto trucks for delivery to carriers.

In addition to The Buffalo News, our presses print 40 other publications, including the New York Times and several weekly newspapers.

Prior to the pandemic, we invited readers to tour our building and see this logistical marvel in action. In the interest of safety for our employees and readers, we’ve put this special program on pause. When it’s safe to gather in the future, we look forward to opening our doors once again.

A specialized machine burns digital renderings of each page of The Buffalo News onto aluminum plates.

The News prints several other publications, including a regional edition of the New York Times each night.

A system of conveyer belts carry folded papers off the presses to be stacked, bundled and organized by delivery zone.

Papers come off the presses cut and folded.