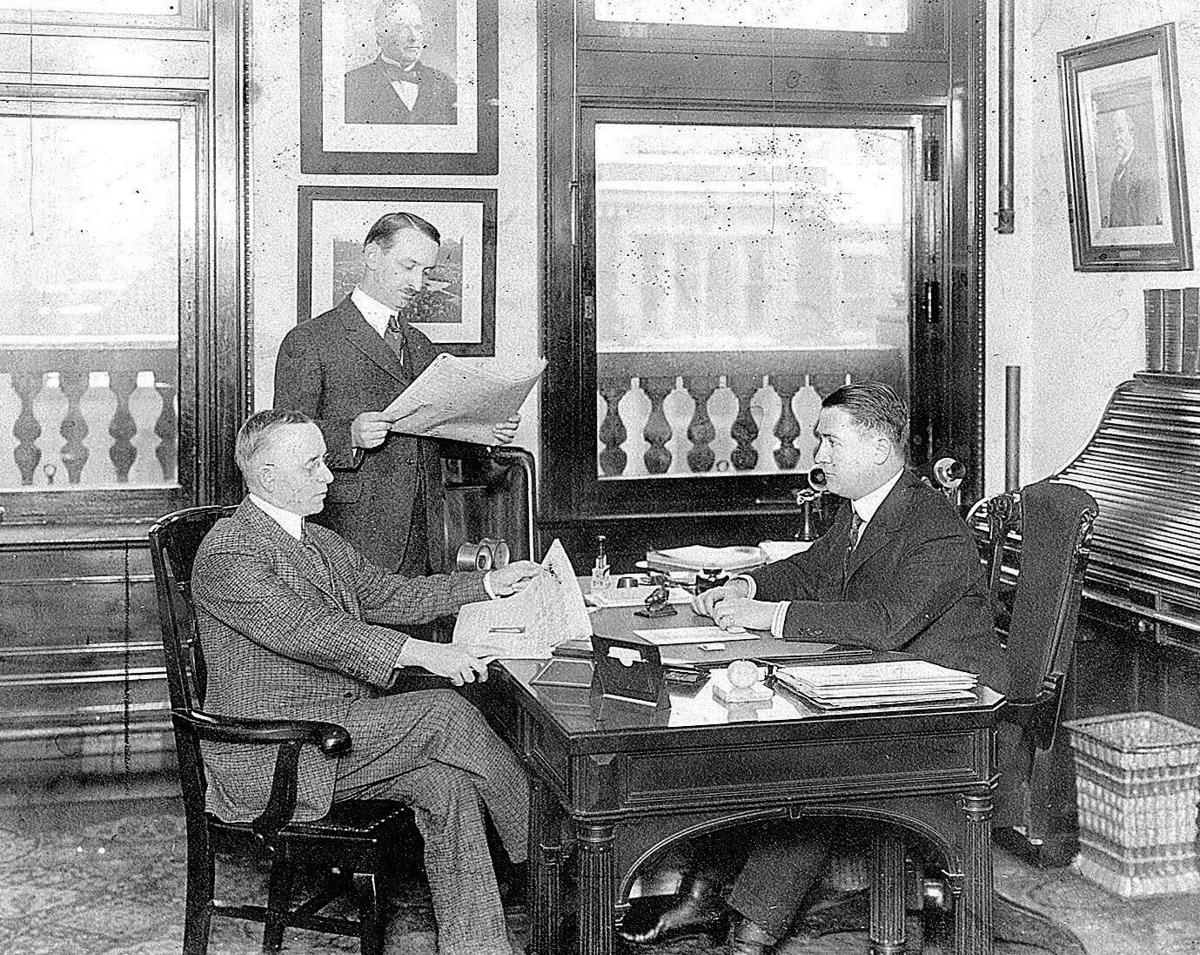 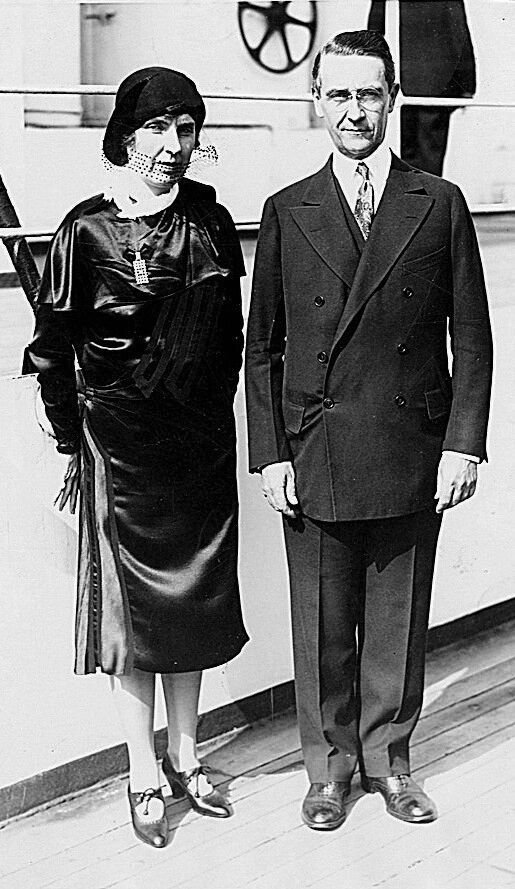 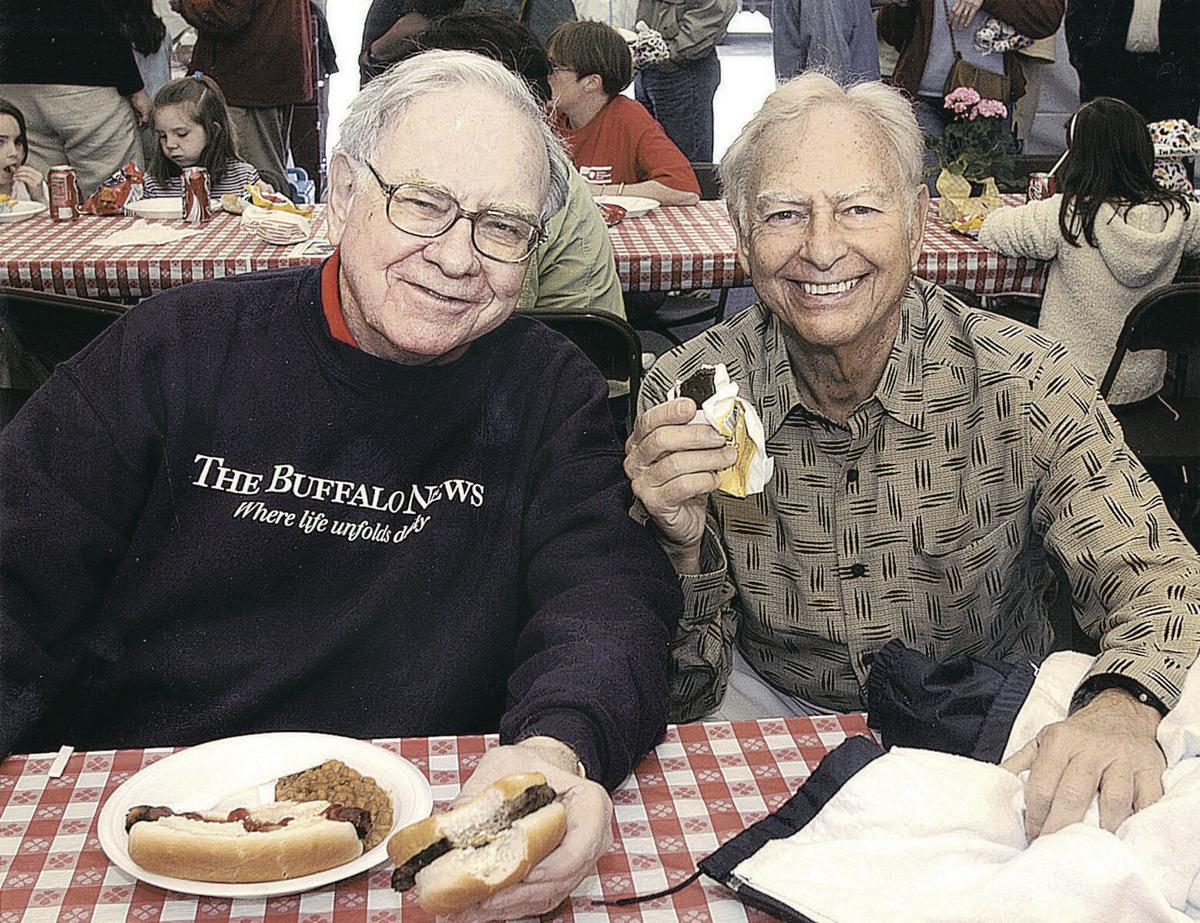 Warren Buffett joins former Publisher Stan Lipsey to mark the launch of the new presses in 2004.
By Staff

The Butler family’s ownership spanned 97 years. Edward H. Butler Sr. founded The News after working as a city editor at the Scranton Times in Pennsylvania. He later acquired an interest in another Scranton newspaper before moving to Buffalo. In 1873, he helped start The Sunday News with a partner, John B. Adams. In 1880, after Adams left the partnership, Butler launched the daily Buffalo Evening News.

When Butler Sr. died in 1914, his 30-year-old son took over the family business. Edward H. Butler Jr. served as both editor and publisher of The News for 42 years. He was tasked with closing The News’ money-losing Sunday edition – it would return 63 years later – but he also seized on new technologies like radio and television.

Kate Butler, Edward H. Butler Jr.’s wife, led The News for 18 years after her husband’s 1956 death. Her legacy includes the completion of our current printing plant and office building – though an illness prevented her from ever entering the new office building, which she had been intimately involved in planning. She died in 1974.

In former Editor Murray B. Light’s history of The News, “From Butler to Buffett,” he wrote, “For years Kate Butler had repeatedly rejected the advice of her attorneys that she take steps to minimize the tax consequences that would occur upon her death.” Her survivors agreed with the executors of her estate: The News would be sold, and the Butler family’s ownership would end.

Warren Buffett bought The News in 1977, adding a chapter to the legendary investor’s affinity for newspapers. Buffett delivered newspapers as a kid – helping build the capital that seeded his first stock purchases – and eventually owned a weekly paper in Omaha. That paper won a Pulitzer Prize for a story that Buffett and former News Publisher Stan Lipsey had a hand in publishing. He presided over many transitions during his 42 years owning The News, including the return of a Sunday paper as part of a battle with the Courier-Express; a $40 million downtown press project; and the company’s move into digital publishing.

Earlier this year, Buffett sold The News to Lee Enterprises. Buffett had previously chosen Lee to operate a group of newspapers he owned through a separate entity, BH Media. With its purchase of The News and BH Media, Lee operates newspapers in 77 markets nationwide, including St. Louis, Omaha and Richmond. The company’s papers have a combined print circulation of more than 1.2 million daily and its digital sites attract more than 44 million unique visits monthly.

Each ownership transition has opened a new chapter of innovation for The News, but our commitment to this community and our values – set by the Butler family and continued by the news-focused owners who’ve followed – remain stronger than ever.

Deal reached to get Calif. kids back in classrooms

Warren Buffett joins former Publisher Stan Lipsey to mark the launch of the new presses in 2004.
© Copyright 2021 The Buffalo News, One News Plaza Buffalo, NY | Terms of Use | Privacy Policy
Powered by BLOX Content Management System from TownNews.com.
You don't have any notifications.