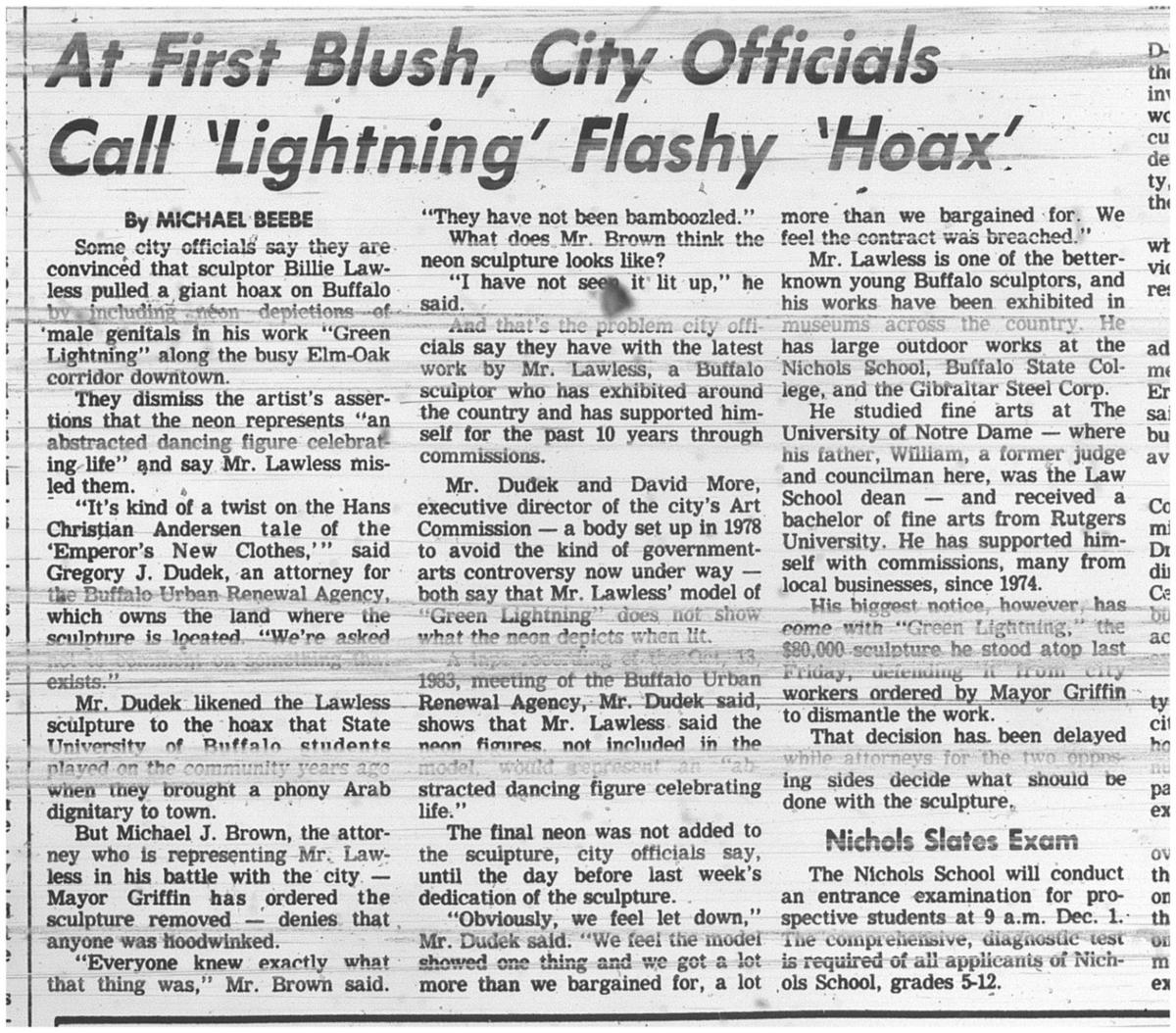 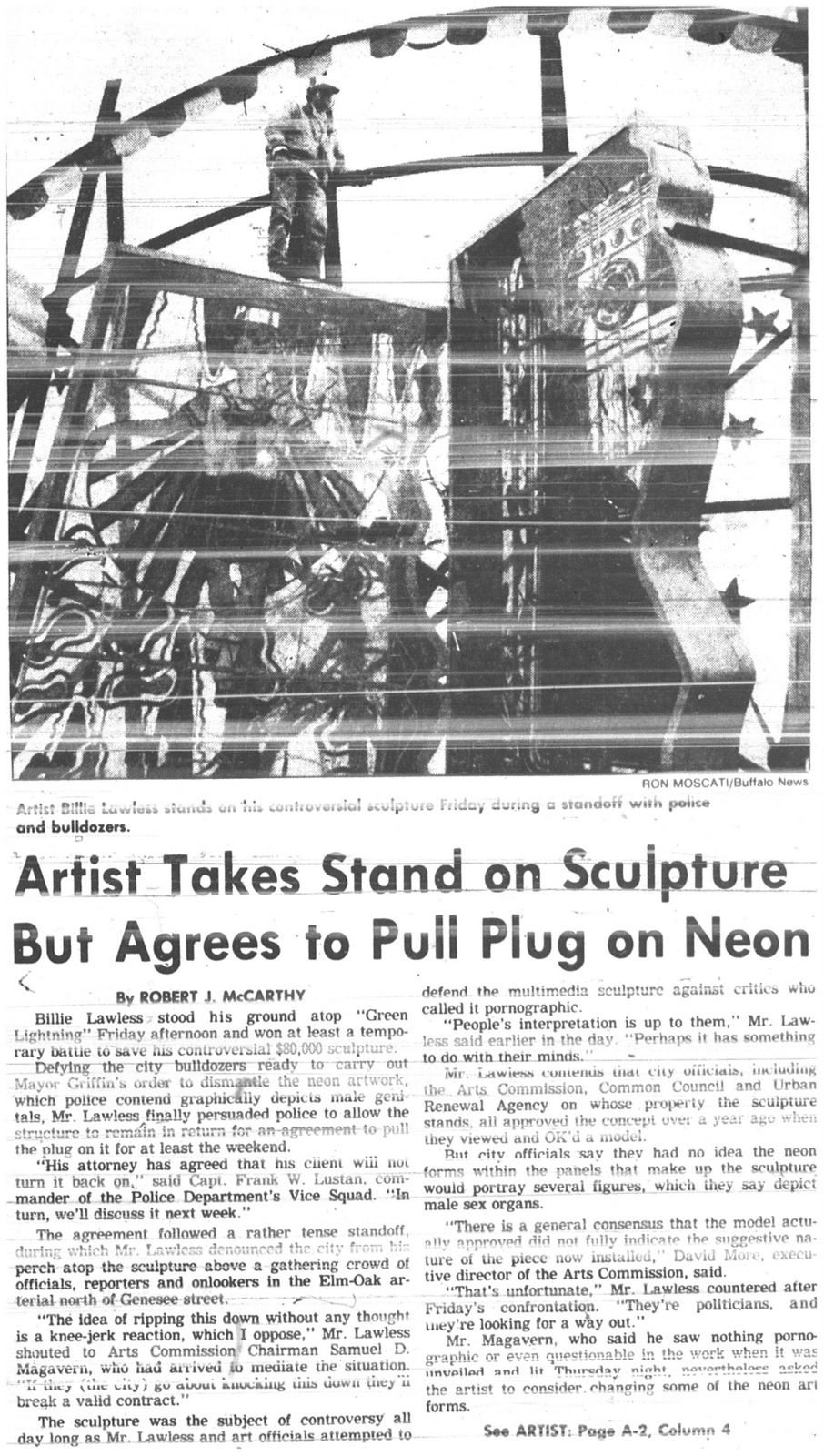 It was 30 years ago this week that Buffalo sculptor Billie Lawless “pulled a giant hoax” on Buffalo.

Lawless had signed a contract with the city to place his iron girder and neon sculpture at the downtown entrance to the Kensington Expressway.

Many city officials felt betrayed when the giant neon panels, installed only days before the sculpture “went live,” depicted what most interpreted as giant dancing penises. Officials said early mock-ups of the artwork didn’t offer detail in the design of the flashing neon, and there were requests from the mayor’s office to the Buffalo Urban Renewal Agency to the Buffalo Arts Commission to have the graphic portions of the sculpture removed.

The artist’s insistence that any change would be a breach of contract pushed Mayor Jimmy Griffin to send in bulldozers to remove what many in the community thought was an indecent display.

Thirty years ago today, Lawless, who feared the quick dismantling of the sculpture would cause damage, was filing a lawsuit as the Buffalo Urban Renewal Agency voted 6-1 to remove the artwork from its property. Lawless won that lawsuit but was awarded no damages.

After a 10-year display in Chicago, Lawless told The News this year that he’d bring the sculpture back to Buffalo “anytime.”

"Billie Lawless stood his ground atop 'Green Lightning' Friday afternoon and won at least a temporary battle to save his controversial $80,000 sculpture." 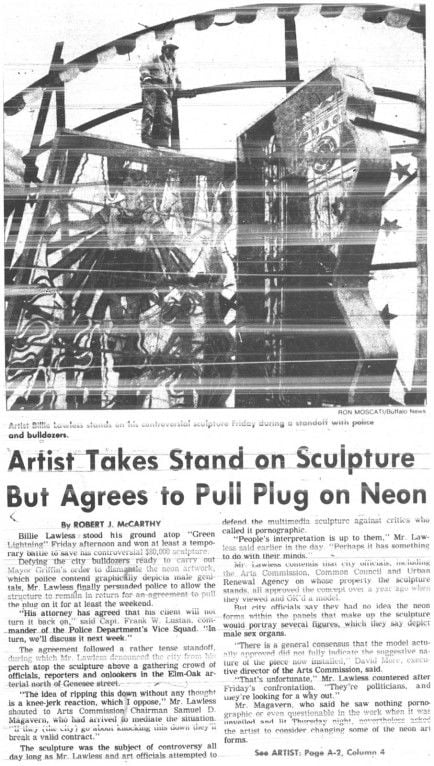 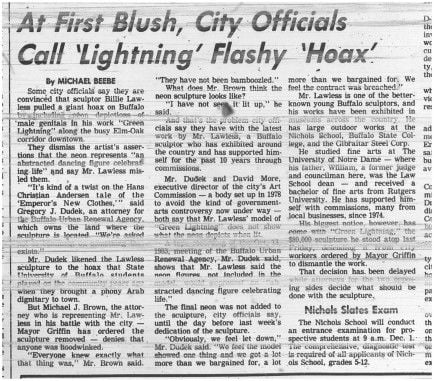