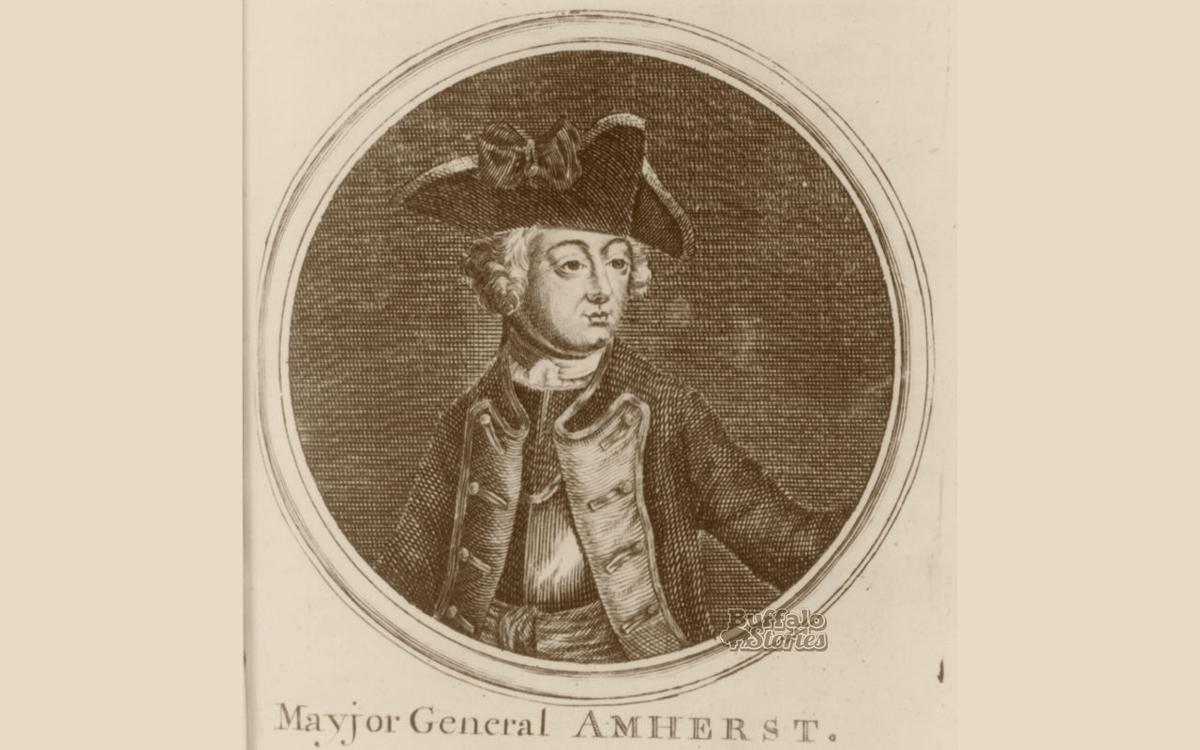 Lord Jeffery Amherst, from whose name the Town of Amherst is derived. 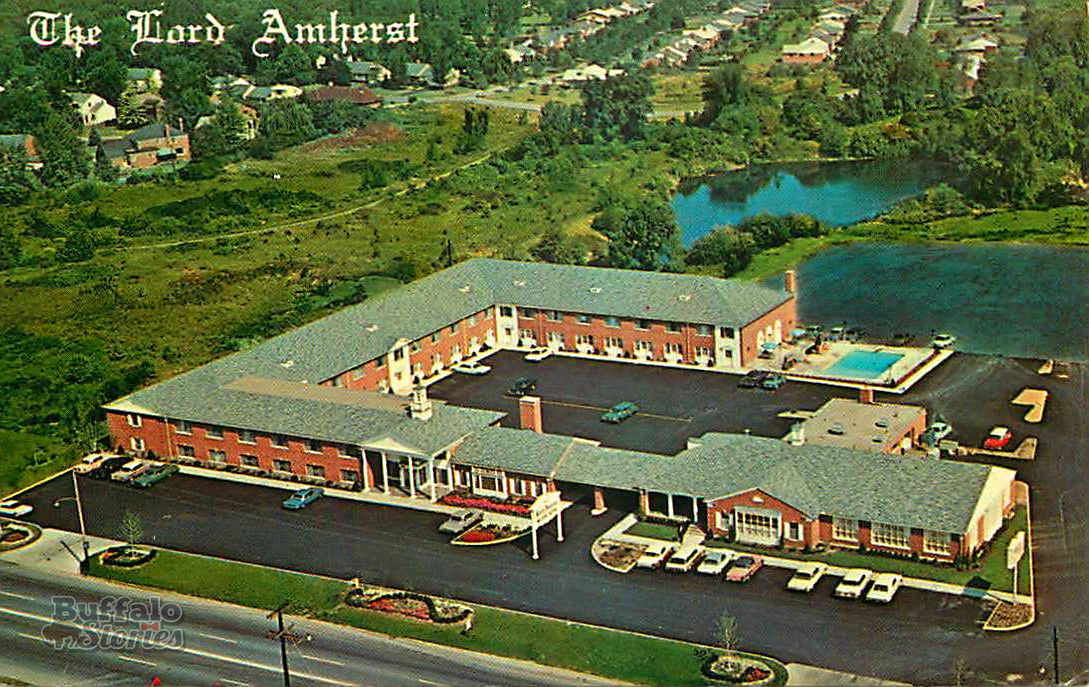 For many years, that hospitality was served up at a motor lodge named “the Lord Amherst Hotel” at Main and Kensington.

Sue Miller Young’s 1965 definitive history of the Town of Amherst says that the town was indirectly named for British North American Commander-in-Chief Lord Jeffery Amherst. Indirectly, because when the town was incorporated in 1818, she surmises the early town fathers were likely thinking of Amherst, Mass., – which was named after the British soldier and politician.

It’s not likely that those town fathers knew of the general’s implicit statements in favor of giving smallpox-infected blankets to enemy indigenous people, and thereby engaging in genocidal germ warfare.

In her 306-page “A History of the Town of Amherst,” Young writes that Lord Amherst was “reputed to be grave, formal, and cold,” and continues, “It is ironic that his name became the name of a town that is pleased to be characterized by friendliness, suburban informality, and warm hospitality.”

But grave and cold is barely the tip of the iceberg.

You can read the letters written in then-General Amherst’s own hand during the French and Indian War, as collected by UMASS Amherst Professor Dr. Peter d’Errico on his website.

In one letter, Amherst writes, “Could it not be contrived to send the Small Pox among those disaffected tribes of Indians? We must on this occasion use every stratagem in our power to reduce them.”

In approving of one colonel’s plan to leave disease-laden blankets for the Native Americans to use, Amherst writes, "You will do well to try to inoculate the Indians by means of blankets." In the same letter, he also suggests allowing dogs to chase down and kill them, ordering his men "to try Every other method that can serve to Extirpate this Execrable Race."

Amherst’s motives were to kill as many indigenous people by whatever means necessary; to “put a most Effectual Stop to their very Being,” he wrote, underlining “to their very being.”

In other Amherst communities around North America, there have been movements to remove Lord Amherst’s name that have been met with varying degrees of success.

One man who worked in Amherst, Mass., says his petition for a name change didn’t get very far.

"The town did respond and they said they are not willing to change the name of the town point-blank because of the cost of changing everything," William Bowen told Masslive.com. "I didn't get much response back from the Legislature."

In 2017, Amherst, Nova Scotia’s town council voted to keep its name – but leave the door open for future discussion. That was also the thought of the mayor of Amherstburg, Ont., near Windsor.

There have been changes as well. Amherst College changed their sports nickname from the “Lord Jeffs” to the Mammoths. In Montreal, the mayor said Amherst was a stain on the city’s history as he ordered the 2017 change of  “Rue Amherst” to a name with roots in indigenous culture.

Forty-one years ago, the Thanksgiving Day ads in the Courier-Express tell a slightly different story for Black Friday 1979.

Lord Jeffery Amherst, from whose name the Town of Amherst is derived.

For many years, that hospitality was served up at a motor lodge named “the Lord Amherst Hotel” at Main and Kensington.