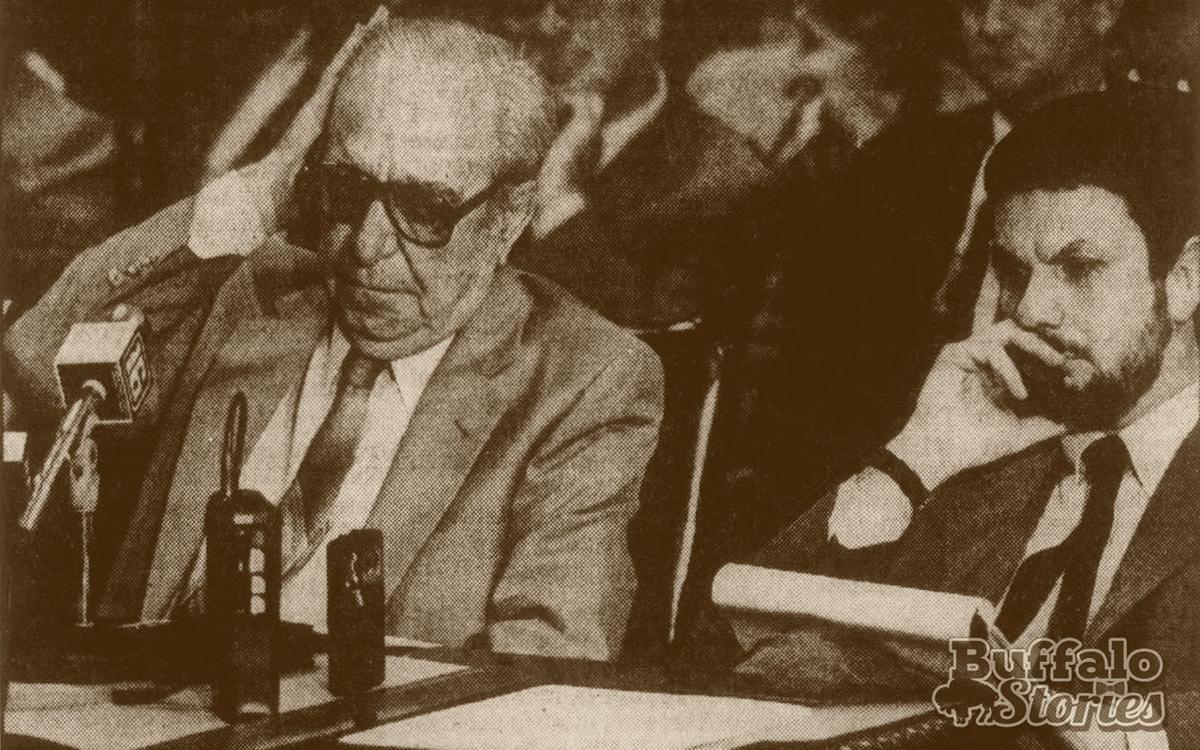 Russell Bufalino, left, testifies before a crime commission hearing in 1982. 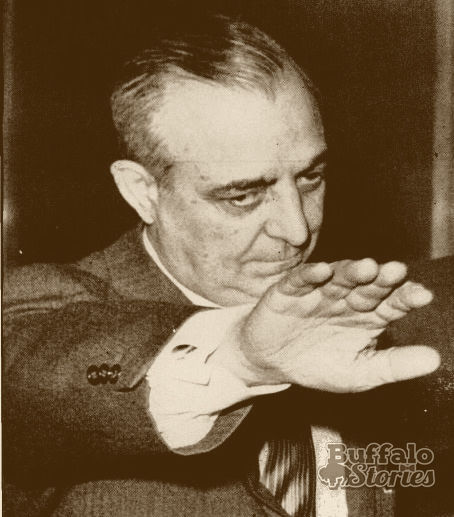 On a spot that is now a parking lot on Franklin Street, half a block south of Tupper Street, stood the Russell Bufalino Garage in the mid-1920s. That’s where Bufalino first learned the skills that the Joe Pesci character in “The Irishman” was able to use to help the Robert De Niro character get his truck and their lifelong friendship started.

Long before Bufalino became, as federal authorities claim, “one of the most powerful and ruthless leaders of the Mafia in the United States,” through his mid-20s, Bufalino lived on Buffalo’s West Side. The simple cottage house he lived in on Seventh Street near Jersey Street still stands.

Like many of Buffalo’s Italian immigrants, the man born Rosario Bufalino was born in Montedoro, Sicily, in 1903 and came to Buffalo as an infant. Living on Front Street, like many West Side children, he attended old Buffalo School No. 1.

In 1928, he married Caroline Sciandra in Buffalo. The couple left Western New York in 1939.

His public profile increased significantly when Bufalino was said to have been the organizer of the infamous Apalachin meeting of American Mafia bosses in 1957. The rural New York State meeting was disrupted by police, leading to an unprecedented prosecution of 20 reputed Mafia leaders, including Bufalino and Buffalonians John C. Montana, a Buffalo councilman, and Bufalino's brother-in-law Angelo Sciandra.

Bufalino returned to Buffalo in the mid-1970s to face federal charges in two separate cases. He was acquitted in the courtroom of Judge John T. Curtin, but Bufalino's legal troubles continued.

Russell Bufalino, left, testifies before a crime commission hearing in 1982.