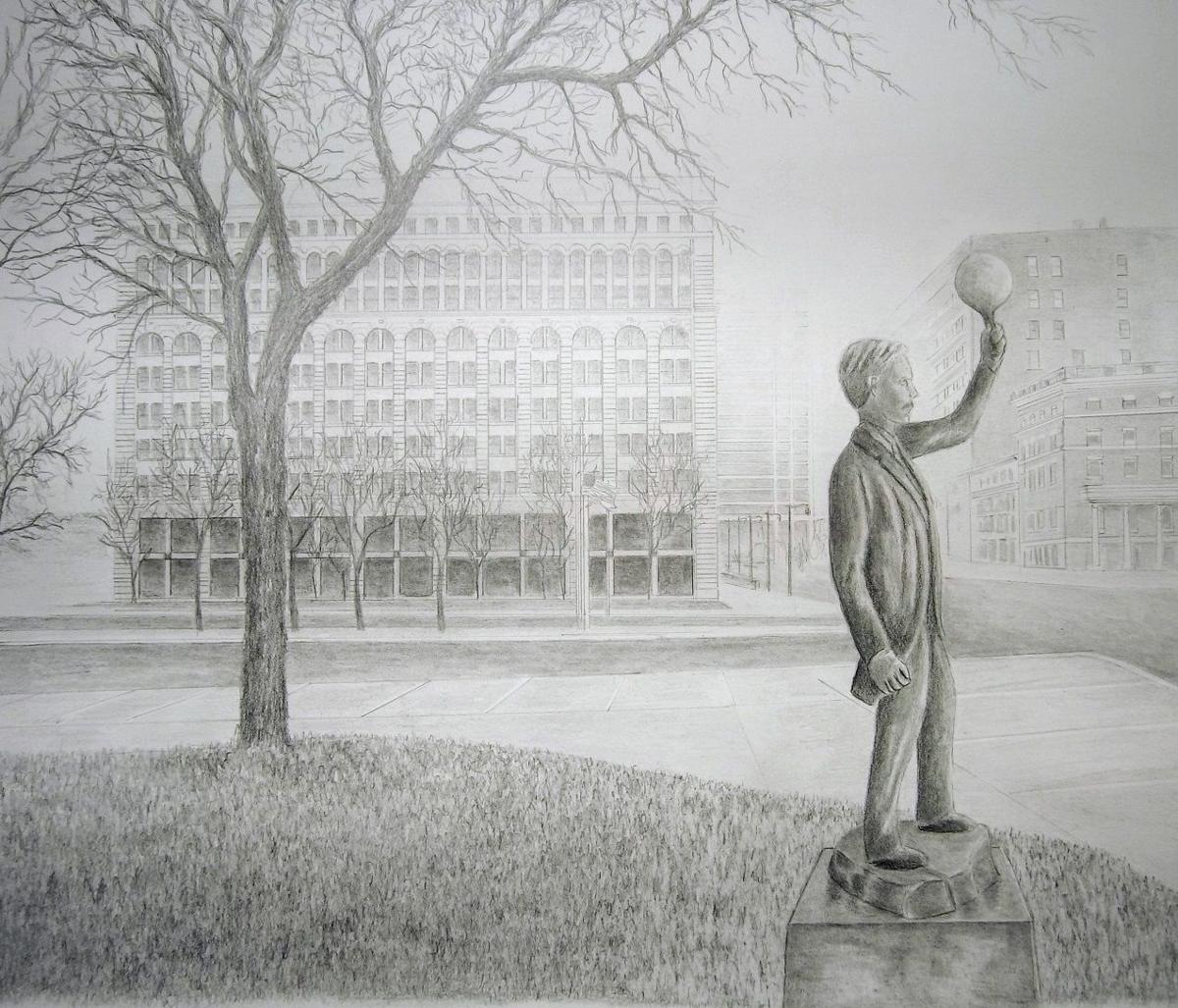 A rendering by artist Stephen Russ of the planned Tesla statue which is being built by Larry Griffis III. (Photo of rendering courtesy of Martin McGee) 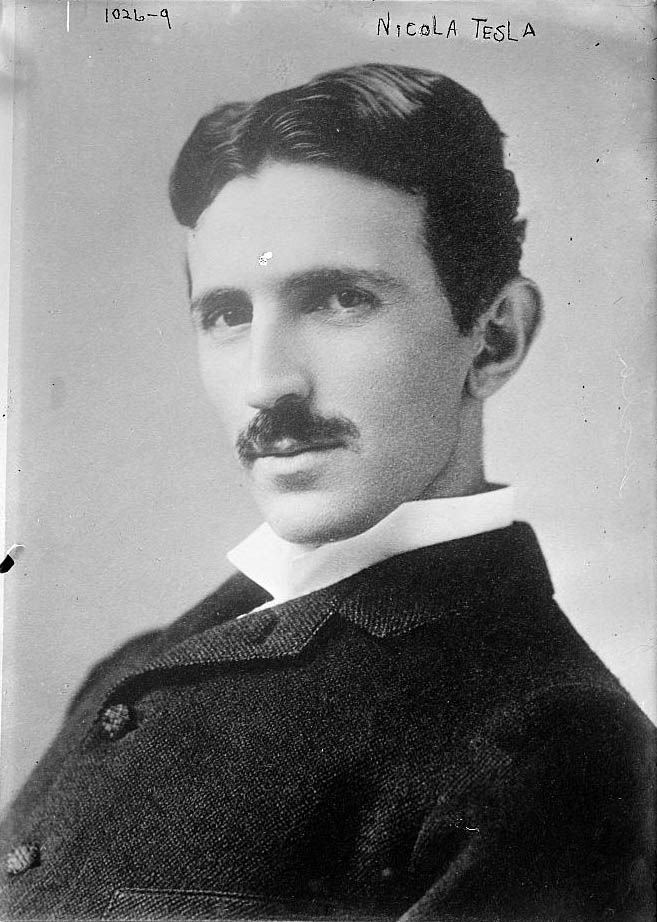 When Francis Lestingi gave a lecture about inventor Nikola Tesla two years ago at the Nardin Academy, he ended his talk by pointing out that there's isn't a single tribute to Tesla in the city, despite his many connections to Buffalo's history.

"The City of Buffalo doesn't have a street, an avenue, an alley, anything named after Tesla," said Lestingi, an emeritus professor of the history of science at SUNY Buffalo State. "It doesn't have a building, a school, a mall or even a plaque."

The principal suggested aloud that perhaps the students could figure out some way to get a street or school named after Tesla, whose name adorns a solar products factory in South Buffalo that employs 800 people.

The thought stayed with Lestingi.

So when his friend Martin McGee, a documentary filmmaker who is a fellow fan of Tesla and Buffalo history, brought up the idea of erecting a statue to the Serbian-American scientist, Lestingi decided he would make it happen. He made a donation of $100,000 in Apple stocks to fund a 7-foot tall bronze statue of Tesla that will be on display at the corner of M&T Plaza in downtown Buffalo.

The sculpture is being made by Larry Griffis III, a son of Larry Griffis Jr. of the Griffis Sculpture Park in East Otto. Other contributors to the statue include Trautman Associates and Ferguson Electric. Old Dutchman Wrought Iron is providing a time capsule that will be installed at the foot of the statue.

Nikola Tesla "is the one who electrified our civilization," Lestingi said. In 1897, Tesla stunned the world when he figured out how to use alternating current to transmit hydroelectric power from the cataracts of Niagara Falls to the City of Buffalo.

"He was able, with his invention of the induction motor and the consequent generator, to produce electricity using alternating electricity which can be delivered hundreds and thousands of miles," Lestingi said. His more famous competitor, Thomas Edison, popularized direct current, Lestingi said, which can travel only one mile. Despite his contributions to science and technology, Tesla died penniless in a New York City hotel.

The Tesla statue is scheduled to be officially unveiled July 10, which would mark the inventor's 163rd birthday.

Leading up to unveiling, the Buffalo Niagara Nikola Tesla Council, to which Lestingi and McGee both belong, are organizing a series of community events.

Among them are two lectures Lestingi will give: one at 6 p.m. Feb. 27 in the Buffalo History Museum and one at 7 p.m. June 5 in the Buffalo Museum of Science.

Retired North Tonawanda science teacher Paul Swisher, another member of the Tesla Council, is in the process of recruiting teachers to participate in a regionwide "educational celebration of the life of Nikola Tesla" on April 12. Any educators interested in participating are encouraged to come to Lestingi's Feb. 27 talk.

On the night of April 12, the council is putting on a "Nikola Night Homage at the Hotel Henry," a ticketed gala at the Buffalo hotel which will include a stations dinner prepared by the chefs of the Hotel Henry's 100 Acres, live music including David Kane playing the theremin and other electronic instruments, performances by the Amherst Victorian Dancers, the Serbian Children Singers of St. Stephen's Church and a Tesla impersonator. Tickets are $75 per person and $125 per couple.

An unwavering commitment to downtown Buffalo

The Buffalo News has always been rooted downtown. In fact, over the course of 140 years, our offices and printing plant have stayed within the…

From one horse-drawn cart to a fleet of drivers, trucks and carriers

In the newspaper business, we manufacture a new product every night – then get it on the doorsteps of tens of thousands of homes within a few …

Editorial cartooning is nothing short of an art form. Talent, creativity, political savviness and guts are all part of the job description. In…

Our newsroom, your truth-seekers

One hundred forty years after Edward Butler launched the Buffalo Evening News, your newspaper remains what Butler quickly built in the late 18…

At the forefront of evolving technologies

The Buffalo News’ long history of producing a printed newspaper eclipses another point of pride: The News has long been a pioneer of new media.

Supporting the community beyond our journalistic mission

For 37 years, hundreds of volunteers have crawled out of bed early, braved a mixed bag of weather and taken to the streets to hawk copies of T…

A rendering by artist Stephen Russ of the planned Tesla statue which is being built by Larry Griffis III. (Photo of rendering courtesy of Martin McGee)