That ice fishing was once a much larger industry on the frozen waters off Buffalo probably isn’t a surprise to most – but that those ice fishermen would use dog sleds as transportation as far as a mile out on to Lake Erie might be something most haven’t thought about.

“The hardihood shown by these fishermen as with dog and sled the push out on the ice, is a reminder of many things beyond ‘the catches’ made or whether the ice is thick or is threatened by a thaw,” reported the Buffalo Times. “It is the spirit that ventures that is in evidence here. How much Buffalo owes to that spirit is a matter of history.”

“The usual starting place for all ice fishermen is the foot of South Michigan Street, back of Squatters’ Row,” where thousands of Irish immigrants lived in wooden shacks along the water at what is now Buffalo’s Inner Harbor.

Each year, hundreds of men took to the frozen lake with their dog teams, but it was a dangerous endeavor. Following many winter storms there were the reports of lost or killed ice fisherman.

After a January 1896 storm, seven fishermen were sent adrift when the piece of ice they were fishing broke off. A dog died, but the fireboat Potter was able to rescue the men and the rest of their dogs. The new boat was specifically built to be able to cut through ice to rescue the men.

Five years earlier – before such a boat was available – two men and their dogs froze to death on an ice floe not too far from the Buffalo Lighthouse. But they couldn’t be rescued.

“The life of the ice fishermen … is not an ideal one, unless danger is considered an essential ingredient,” reported the Buffalo Morning Express in 1887. “But even he who loves danger must demur at the early hour of rising necessary that the fishermen may start at 5 o’clock in the morning for the fishing grounds.”

The bait of minnows, usually caught in the Niagara River at Black Rock, attracted perch and blue pike, which were caught by the hundreds and sold to brokers who would put the fish on trains for places like New York City.

“At the foot of Michigan Street, the wholesale fish dealers and packers have their agents in waiting, buying the fish of the fishermen as the come ashore. They are paying good prices this year. The fish is packed in ice and shipped away to various markets,” reported the Buffalo Commercial in 1899 – which also mentioned a backup plan for bait if there wasn’t time to catch your own.

“Nearly every fisherman’s shanty on the seawall has the sign out ‘Fresh bait for sale.’ ”

By the 1920s, the days were numbered for dog sleds being used in fishing from the shores of Buffalo. Another almost as unbelievable mode of transportation out to the middle of the Lake Erie ice was coming into vogue by then – fishermen would drive old, stripped-down, jalopy automobiles out to their favorite spots.

Those watching the dog sleds in January, 1924 knew they were watching something fleeting but important.

“The advent of the ice fishing season brings with it the annual renaissance of a picturesque pursuit. The ensemble of dogs and sleds is more suggestive of Artic adventure than of anything usually associated with Buffalo and its environs,” reported the Buffalo Times.

“Yet this winter quest takes place here regularly. … Another proof that in the immediate neighborhood of the daily life of Buffalo rises a background of the adventurous and romantic. The truth is that Buffalo is one of the most thrill-inspiring cities of the country.”

What exactly is at the bottom of this mysterious 'blue hole?' 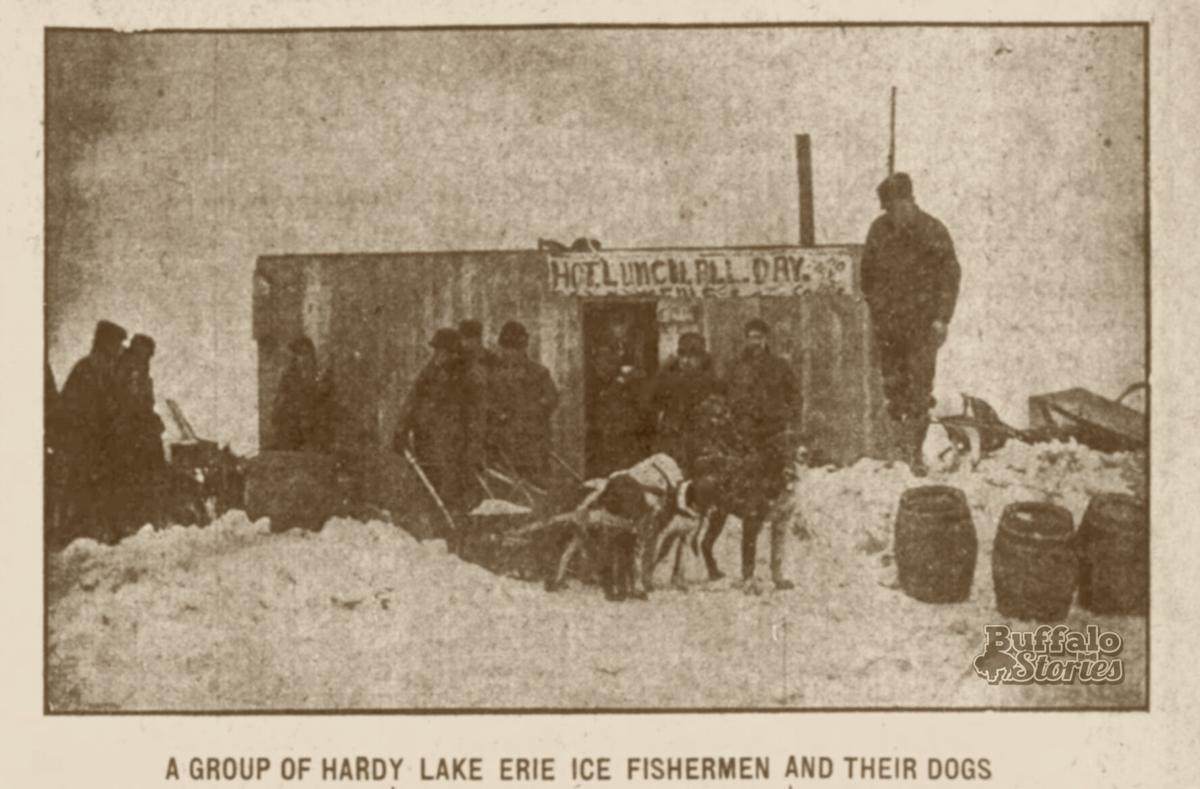 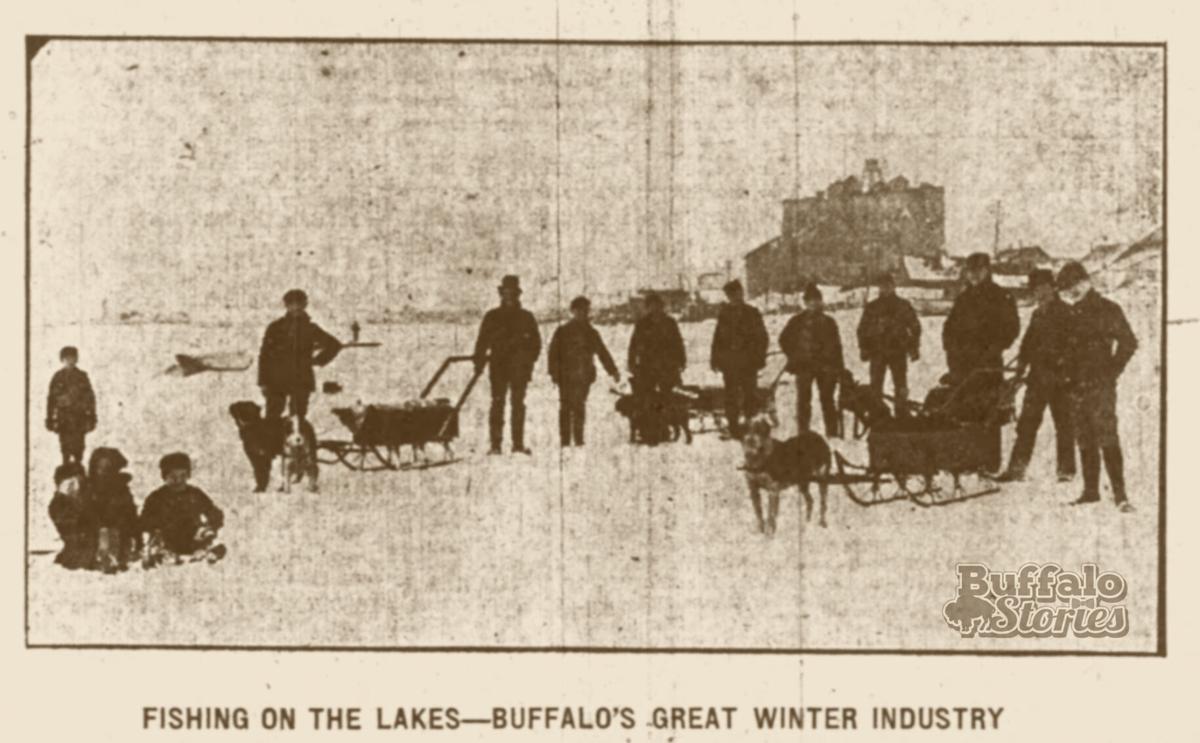 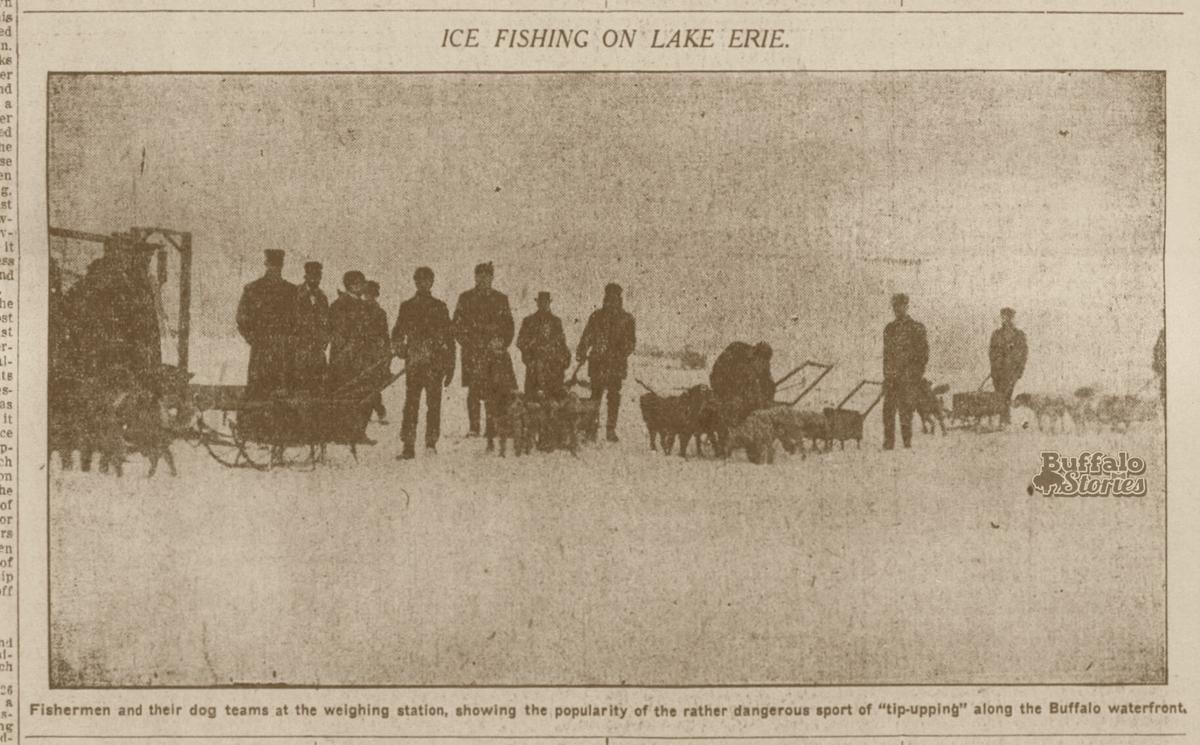 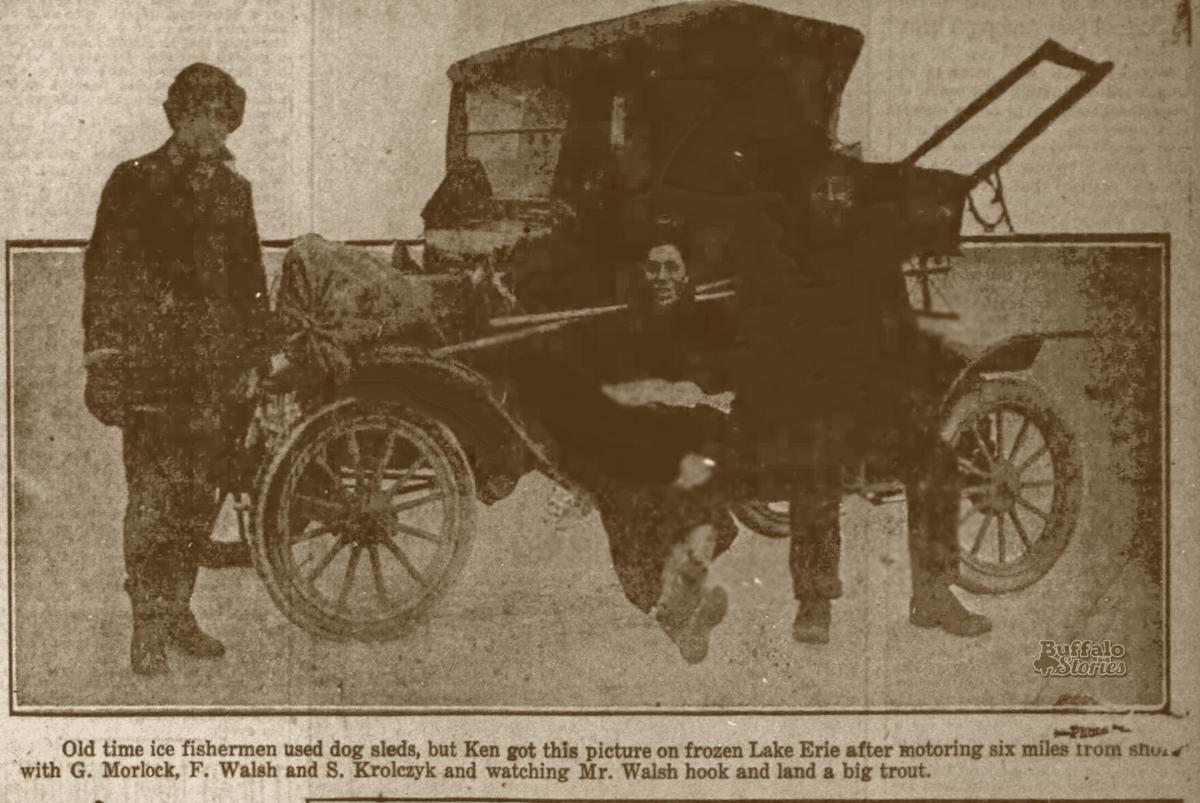