It took months to phase in the use of three-digit area code 716 for direct dialing across all of the Buffalo area, but quietly, a switch was flipped on Sept. 29, 1960 — and telephone users in Buffalo, Akron, Alden, Amherst, Boston, parts of Cheektowaga, Derby, East Aurora, Eden, Holland, Lackawanna, North Collins, Orchard Park, Tonawanda, Wanakah, West Seneca and Williamsville were all able to use direct dial service for long-distance calls.

Until that date, Western New Yorkers had to call the operator to be connected long distance.

Folks in Angola, Clarence, Grand Island, Hamburg and Lancaster had to wait a few more weeks, but soon, they too, were officially part of the “716.”

As a part of the move to direct dialing, the old exchange names for phone numbers were replaced with numbers. In Buffalo, the Amherst exchange became TF-2, and eventually 832. Grant became TT-4, eventually 884. Evergreen in Tonawanda became NX-4, which a few years later evolved into 694.

This list, as printed in the Courier-Express, was clipped and left near phones for years.

In November 1960, the work was complete.

“Through the wizardry of electronic marvels, the 244,000 customers of the New York Telephone Co. in the Buffalo area will be able their own long-distance telephone numbers starting precisely at 2:01 AM Sunday,” reported The News a few days before the final switch.

Our identity as members of the 716 tie into that day, when people gushed about the jet-age ability to simply pick up the phone and call any of the 60 million phones in the U.S. and Canada without the help of any other human beings. 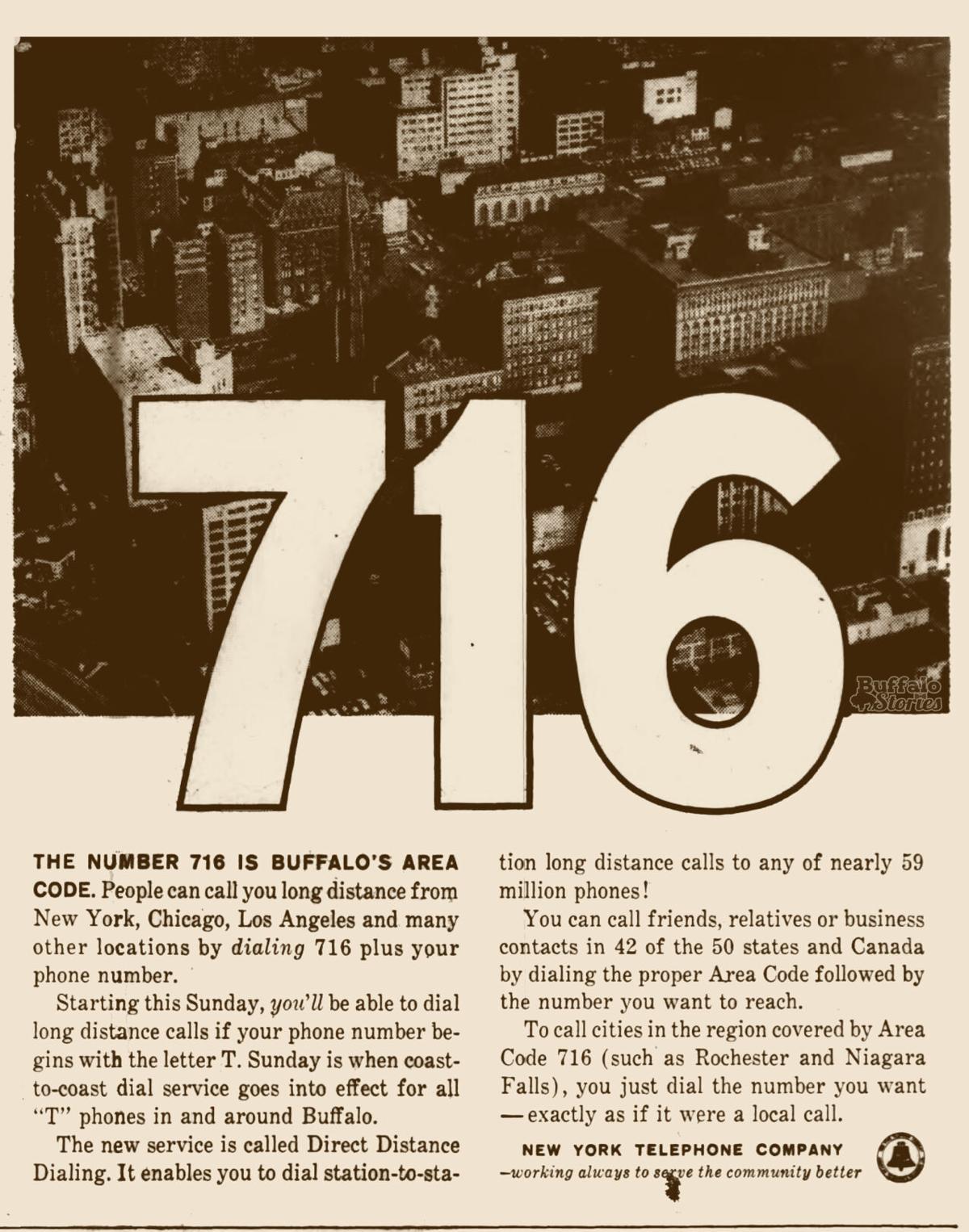 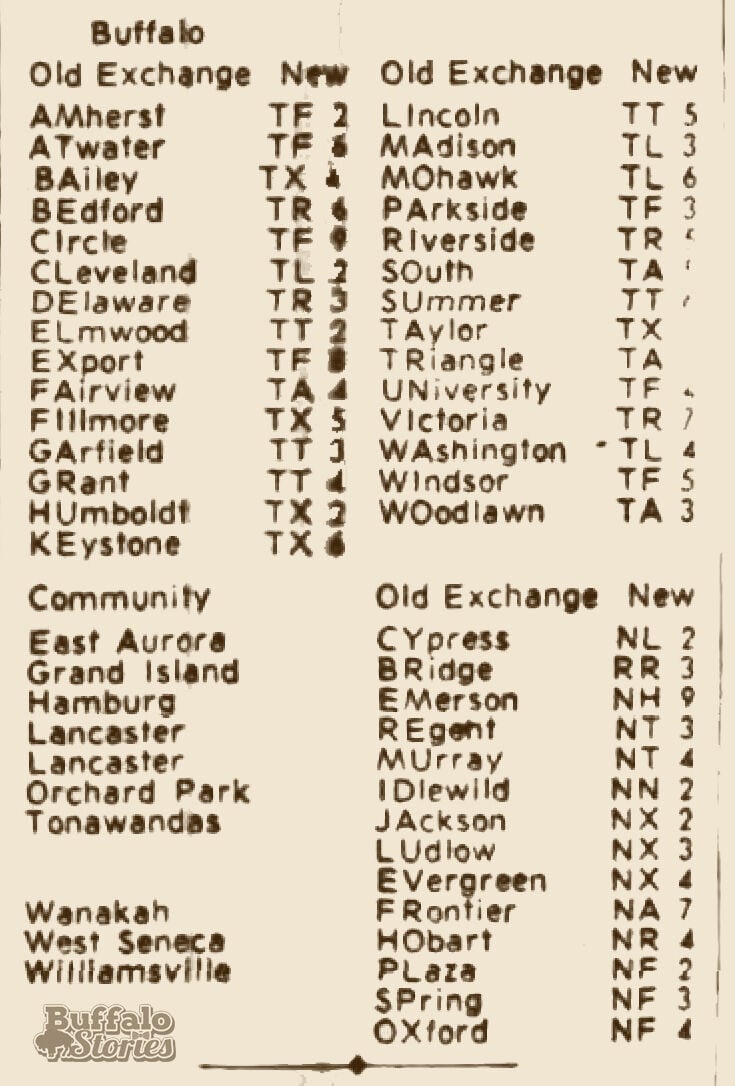