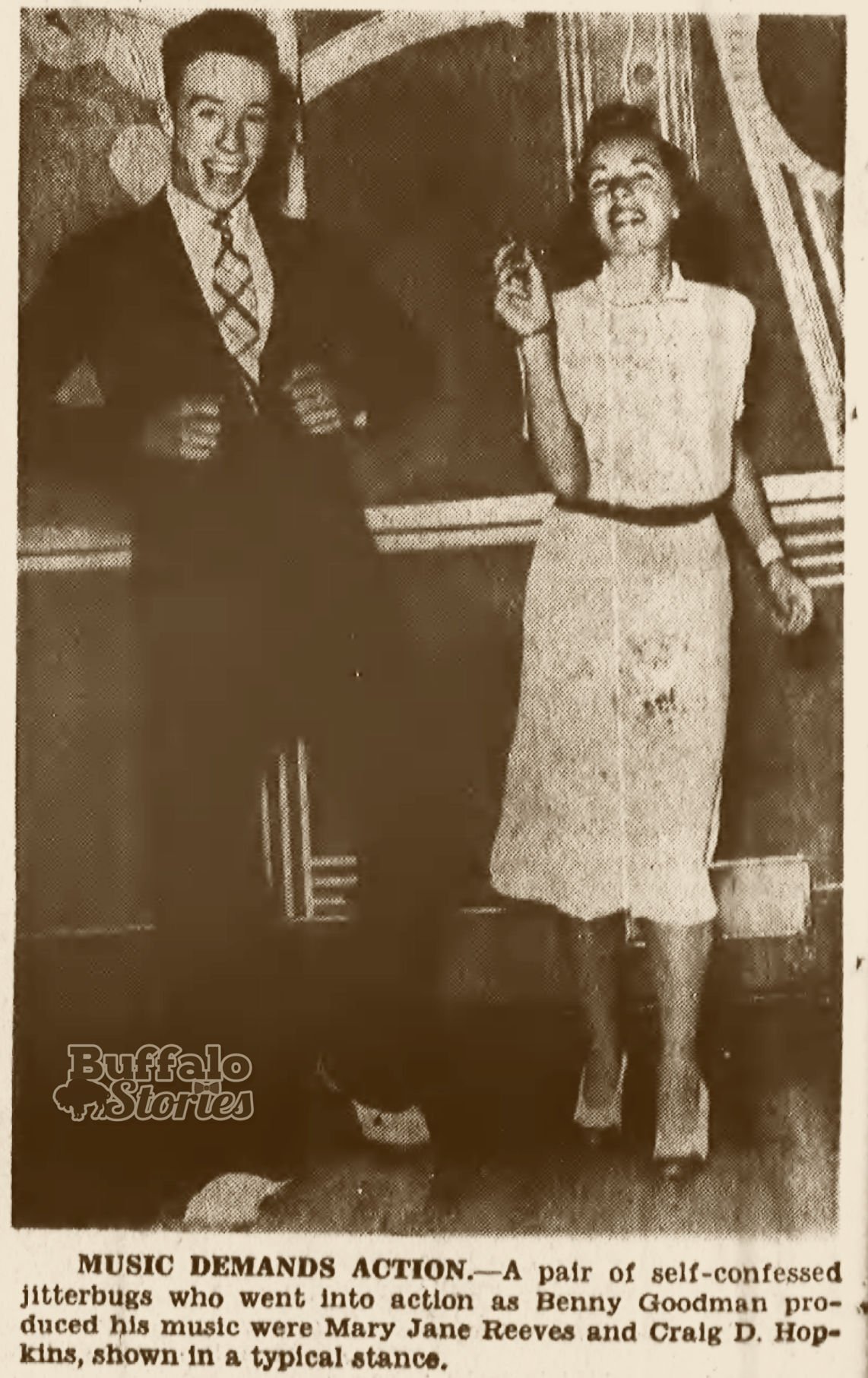 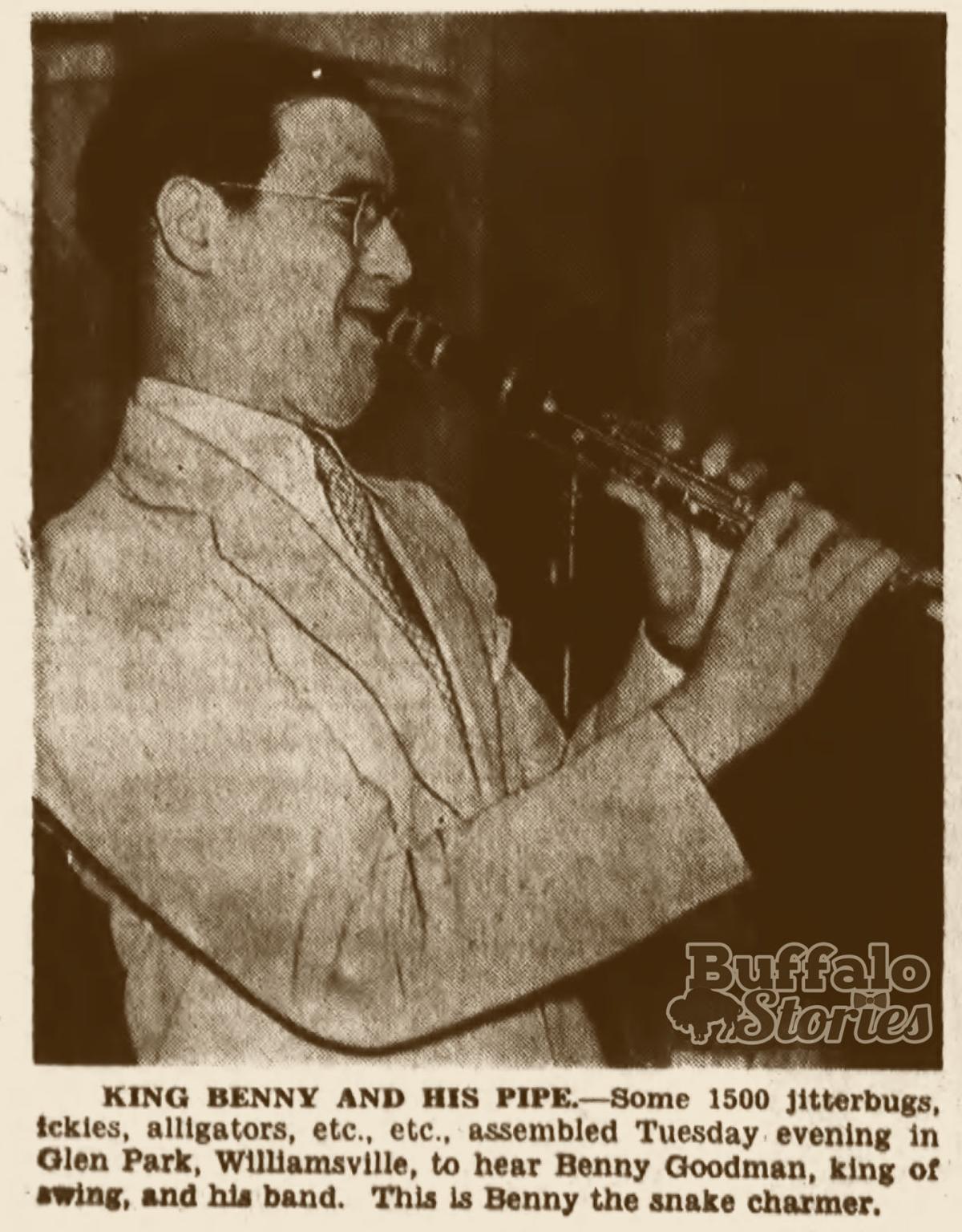 Bandleader and clarinetist Benny Goodman was known as the "King of Swing."

In 1938, his band was the most popular in the world, and his brand of swing jazz helped pave the way for nearly every form of popular music that has followed since.

Goodman and his orchestra played in Buffalo twice in 1938.

A month after Goodman played the first jazz or popular music concert ever at Carnegie Hall, he was at the Connecticut Street Armory.

The newspapers were filled with sponsors trying to associate with one of the early mass-media pop music stars. Buffalo-brewed Stein's Beer took out ads reminding people that it was the exclusive drink at the armory. Goodman's appearance in the sixth-floor record department at JN Adam was advertised for days in advance.

A brass band and a caravan of several hundred fans — "Goodmaniacs," according to The News — escorted Goodman from the New York Central Terminal to his room at the Statler.

Rod Reed wrote up Goodman's appearance in The News the next day.

Benny Goodman and his orchestra are playing in a Detroit theater today after giving the Jitter bugs a delirious night in the 174th Armory, winding up at 1:30 this morning. I am no good at sizing up a crowd and never believe what promoters say, but the consensus of my staff of estimators is that there were between 5,000 and 6,000 people drawn out on a rainy night to watch the gum-chewing (drummer Gene) Krupa, the hammer-pounding (vibraphone playing Lionel) Hampton and the clarinet-clicking Goodman in action.

If the orchestra's principals are not suffering from writers' cramp today, it is only because they have long been used to the arduous business of writing their names.

A swell swing night it was.

Goodman was back six months later in July, this time at Williamsville's Glen park, where the first half-hour of the show was beamed around the country as a part of a national network broadcast.

Mr. Goodman will do his WKBW 9:30 killer-diller, ripper-dipper, whooper-dooper, floy-doy direct from Williamsville's Glen Park, where he will play for dancing, jeeping, trucking, kicking, hopping, howling and listening from 9 to question mark.