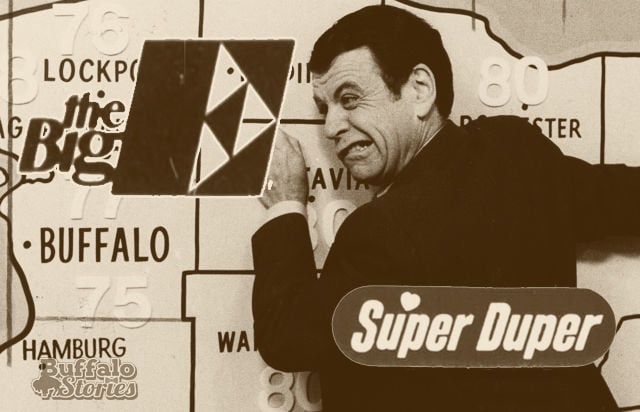 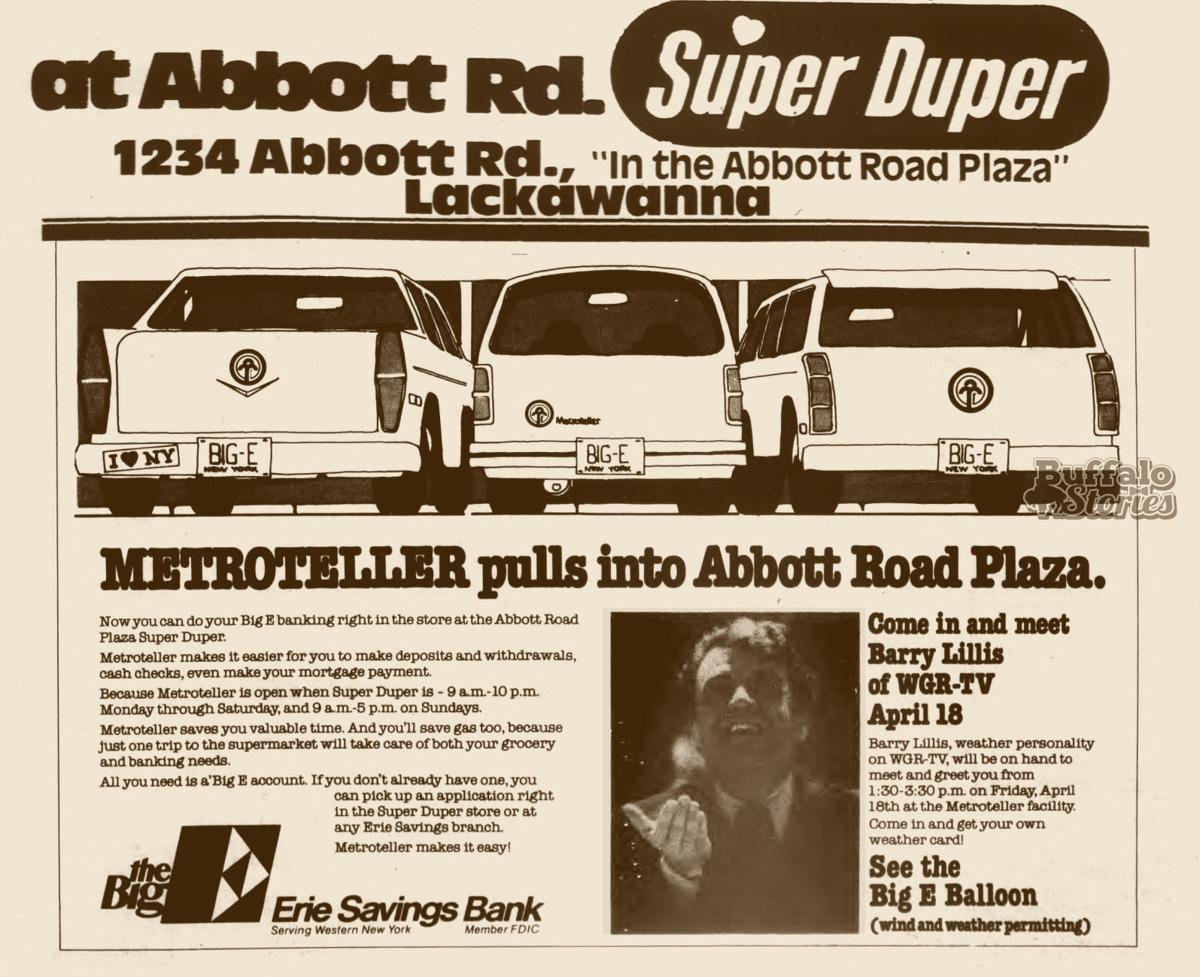 If you lived in Buffalo in 1980, there’s no way you didn’t know Big E Bank, Barry Lillis, and Super Duper.

Barry Lillis was the zany Channel 2 weatherman from the '70s through the '90s who seemed to be in every parade and visit every school. In his first stint at WGR-TV, he was best known for doing weather forecasts while wearing t-shirts from various community events.

Super Duper was the Buffalo-based chain of grocery stores that served much of New York State and Pennsylvania through the 1990s, when most of the local Super Duper stores became Jubilee Markets.

Big E Bank was a late-'70s rebranding of Erie Savings Bank. In the mid-'80s, when Big E grew outside of the Buffalo area, the name was changed again to Empire of America — before it was tagged with a $19.8 million loss in a single quarter at the height of the national savings and loan scandal. KeyCorp bought up much of what was once The Big E.

In the spring of 1980, Big E was opening its first ATMs inside supermarkets as a convenience to customers. Barry Lillis served as emcee for the unveiling of the Metroteller ATM inside the Super Duper branch at the Abbott Road Plaza in Lackawanna.

By 1982, Big E was boasting of more than 100 Metroteller locations across the Buffalo and Rochester areas, mostly in Bells, Super Duper, and Wegmans supermarkets.

Barry Lillis left Channel 2 in 1996. Since 1994, he has been an Orthodox Catholic priest. After two years in Pittsburgh television in the early 80s, Lillis came back to Channel 2 to host the late night movie program "The Cat's Pajamas," which became an instant cult classic.

We knew only that after the Diocese of Buffalo bought the building, the mural had disappeared. That made us sad. We had already lost our jobs. Must we lose our history, too?