Support this work for $1 a month
Steve Cichon

The painting capturing spring at the David statue and then-Albright Art Gallery in Delaware Park was widely distributed as a calendar by the Buffalo Courier-Express in 1959.

The artist, Tony Sisti, was a Buffalo character and Allentown institution. He opened his gallery on Franklin Street near Allen in 1938 and was one of the original organizers and the first chairman of the Allentown Art Festival.

A 1926 story in The Buffalo Courier tells the story of Sisti, who moved to Buffalo with his family when he was 10. As a student at School No. 2 on Lower Terrace, he was caught doodling in class. But the sketched copy of a Julius Caesar painting was so incredible, instead of being yelled at – he was sent to art class to develop the skill.

While painting was always his first passion, he was also an occasional professional boxer, often using the purses won in fights to fund his painting. A 1918 Golden Gloves state champ, he retired with a professional record of 85-15.

When Sisti died in 1983 at the age of 82, it took more than a decade to settle his estate – with most of his paintings and even his Allentown home going on the auction block as his family couldn’t agree to a settlement.

"It's been just as colorful as Tony Sisti was," said Anne Gunderman, a former Sisti student who ran a 1993 auction of some of his work. "He had that gallery on Franklin Street for almost half a century, and it was like a bottomless pit. He had nearly 10,000 art pieces and no inventory list."

Beyond his own creations, Sisti was a patron of art. His gift of 26 paintings and drawings by Charles Burchfield helped establish what eventually became the Burchfield Penney Art Center. Beyond the paintings, Sisti was also responsible for tracking down and photographing many of the landmarks shown in Burchfield’s art.

For more than 50 years, Buffalonians on their way through midtown made New Chicago Lunch a favorite destination for folks all around the city.

A moonlike darkness descended on the city at the noon hour as the heavy, wet snow fell at close to an inch per hour through most of the day. The 19-inch snowfall was the heaviest in the city’s history.

WEBR boasted Buffalo’s largest radio newsroom for the 16 years it was in operation. News Radio-TV Critic Jeff Simon wrote, “WEBR was a great training ground for journalists and the fuse that lighted a small explosion in local news radio.”

A postcard folder from the late 1930s gives a unique perspective of how things have changed in Buffalo over the last 80 years.

When Toni Stone grabbed her mitt and took to the field as a second baseman for the Indianapolis Clowns of the Negro American League in 1953, … 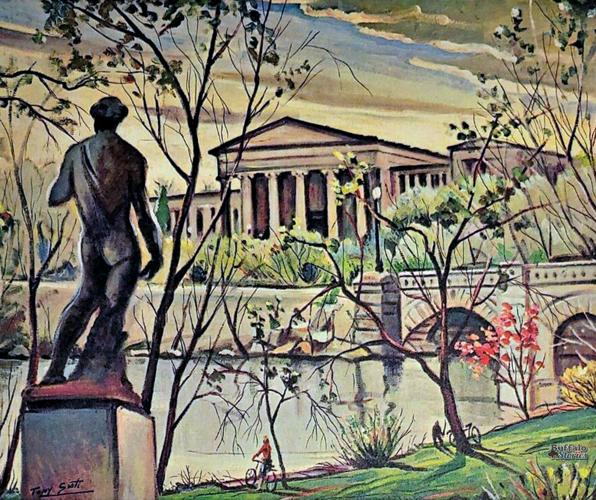 A Tony Sisti painting showing the then-Albright Art Gallery, as it appeared on a 1959 Courier-Express calendar. 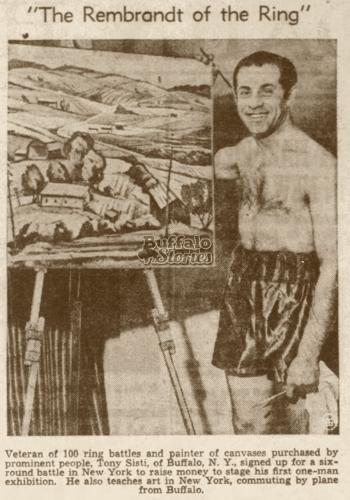 Sisti, an already-established painter, fought in his final boxing match to raise money for a New York City art show in 1939. 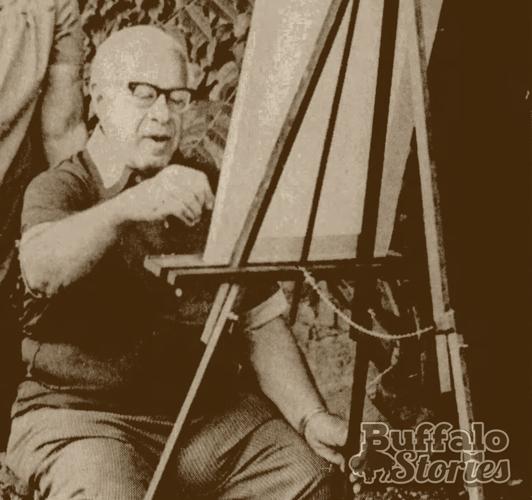 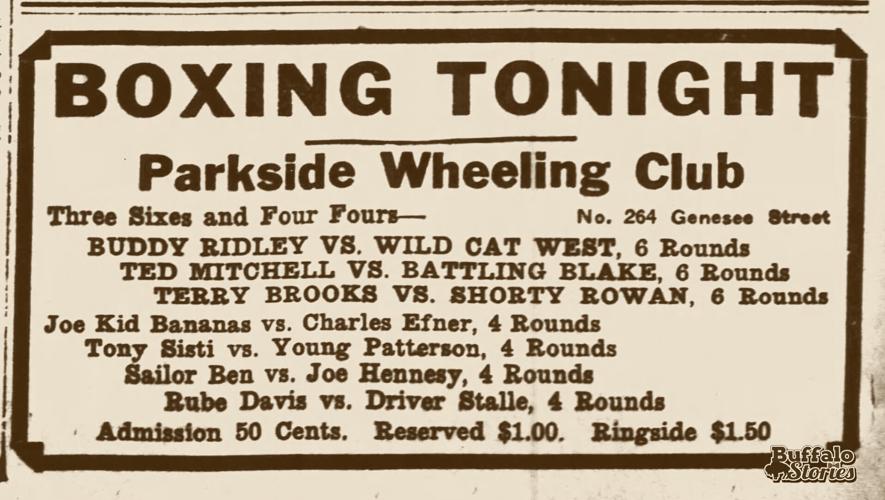 A 1919 boxing card for the Parkside Wheeling Club on Genesee Street shows Tony Sisti in the lineup for an early professional fight.