Old maps of Buffalo show the street that is today known as Broadway Street was once called Batavia Street and that was the topic of a letter in the [BN] Chronicles mailbag this week.

G.M. writes to ask, "Why was Batavia Street renamed Broadway in the 1870s?"

In May 1877, "residents and taxpayers in the vicinity of Batavia Street" petitioned the Common Council to change the name of the street to Broadway. Alderman Melchior Lotz proposed a resolution that passed – and the name was changed.

All the newspapers of the day covered the name change, but only one – The Buffalo Sunday News – provided any real insight into the reasons for the change.

The Sunday News coverage took on a mocking tone in a front page story titled "Our Dutch Broadway," an allusion to the early Dutch residents of Buffalo who'd named the street Batavia after a region in the Netherlands.

By the 1870s, the earliest Dutch settlers had been replaced by a mostly German population on the East Side generally and Broadway specifically.

" 'Let's take a walk down Broadway' will soon be as common in Buffalo as it is in New York," reported The News.

"Ever since the Dutch residents all moved away from Batavia Street, the balance of the citizens have rested uneasily under the name, thinking that an odor of the German language still lingered about its spelling and pronunciation, and betrayed its vulgar origin."

The paper went on to mock the name change – insinuating through satire that the name might be more elegant, but the new name wouldn't change the reality of life and business on the street.

"A relative on an English Lord has engaged a suit of rooms on the fourth story of Kurtzmann's Piano Factory," reported the paper, tongue planted in cheek, adding that many of Delaware Avenue's "first families" were making plans to move to Broadway as well.

The article also made crude, overtly prejudiced jokes about what German elegance might look like on the newly renamed Broadway.

"Free beer fountains are to be erected on every third street corner and bologna sausage trees are to be planted along the sidewalks," read the article – eliminating any thought that there might be some factual basis for anything written in the 11 paragraphs.

So based on the yellow journalism coverage in the story, it was the view of the Sunday News folks that the German folks along Batavia Street were making a vain attempt to bring class to their classless street by giving it a new name.

Six months later, in January 1878, The Sunday News took one more shot at the German businessmen who petitioned for and won the renaming of their street.

In a brief note headlined "Nothing in a Name," the paper reported sarcastically, "the residents along Broadway have been disappointed. Their hopes that giving a fashionable name would make it a fashionable promenade and driveway are blighted. It is still Batavia Street in every way but title."

While the initial reception for the name change was cold in some corners of Buffalo society, over the past 144 years the name Broadway has been woven in as a colorful strand in the tapestry of our city's story.

The story of Buffalo's Broadway is even a topic in popular music.

The Goo Goo Dolls have been the pride of Buffalo's East Side and punk rock scene for decades, and the song "Broadway," off their 1998 album "Dizzy Up the Girl" hit No. 24 on American pop music charts in 2000. 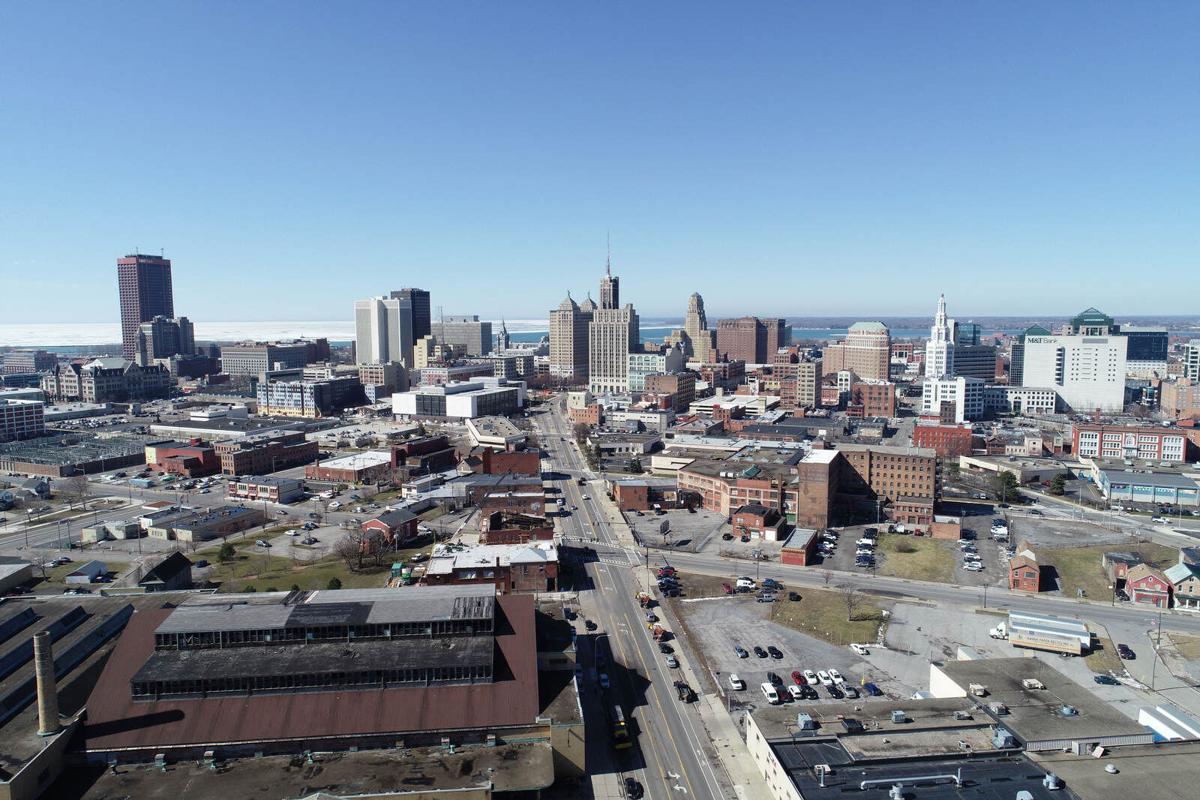 Looking up Broadway toward downtown in 2021. Residents and business owners petitioned the city to change the name to Broadway from Batavia Street in 1877. 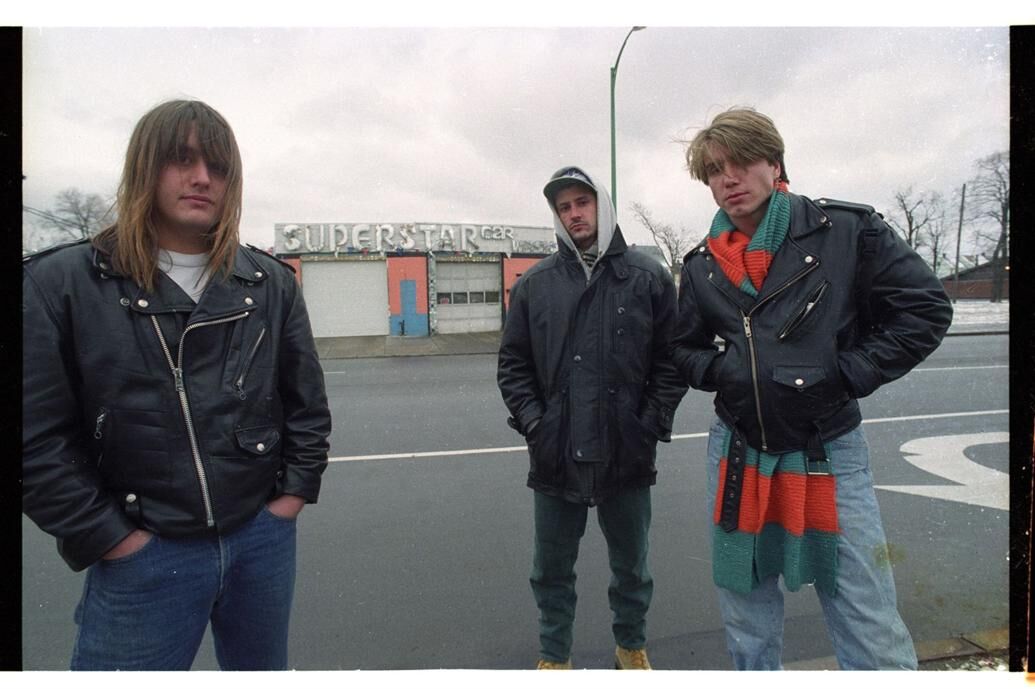 Goo Goo Dolls, a couple of blocks from Broadway on William Street, in front of the Superstar Car Wash – after which the band's 1993 album was named. 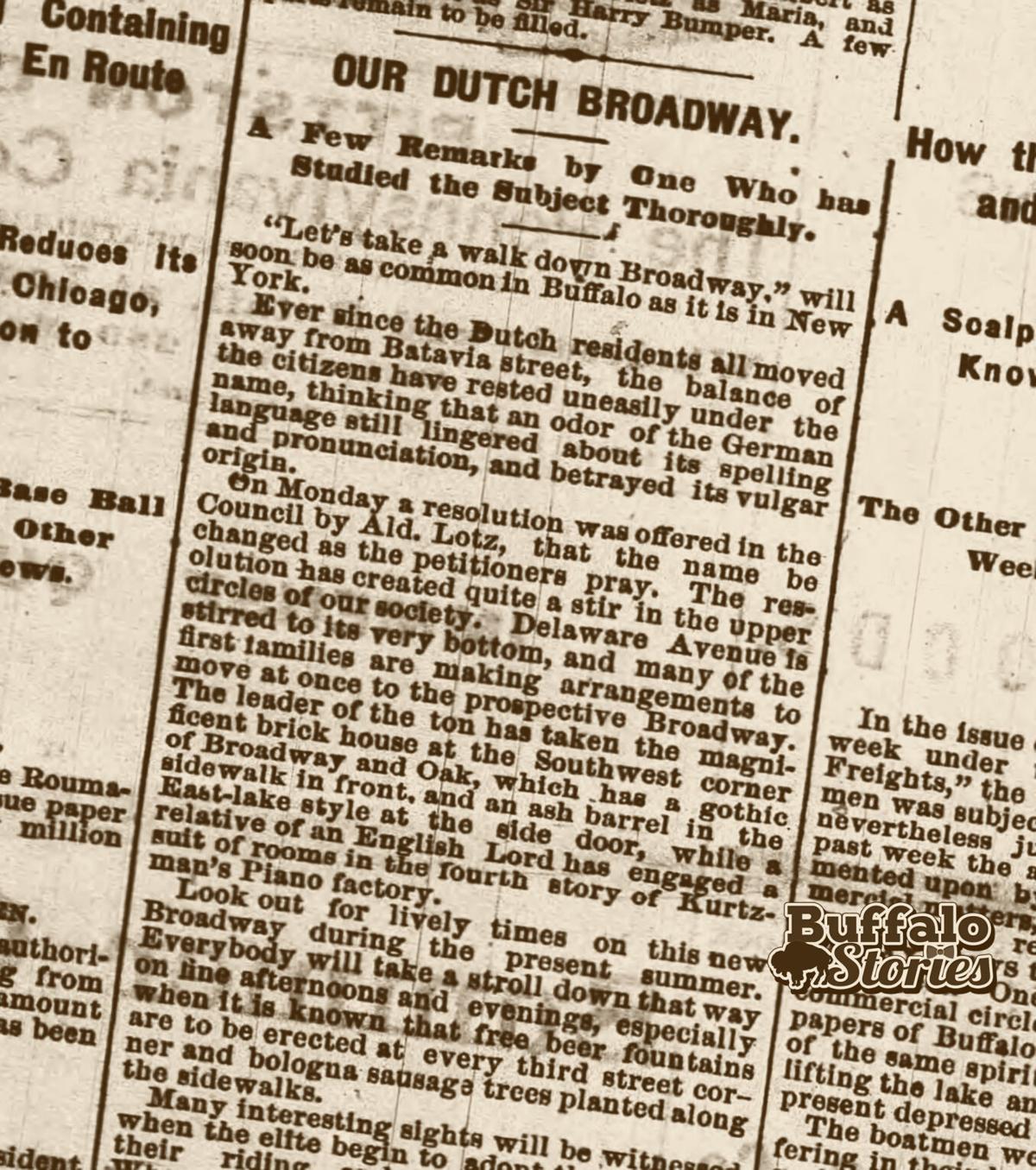