The cry seems louder this year than it ever has — buy local this Christmas. With Covid protocols putting so many small businesses teetering on the brink of extinction, Western New Yorkers are putting extra effort into making sure the holiday money they spend stays here with Buffalonians.

Forty-one years ago, the Thanksgiving Day ads in the Courier-Express tell a slightly different story for Black Friday 1979 — one where most of our retail choices were made in stores that were locally owned and operated.

If you had kids in mind or kids in tow for Black Friday shopping in 1979, you might have stopped by Hengerer’s downtown location or the Boulevard Mall, both of which promoted their visits from Santa in the Thanksgiving Day paper. Child World, with locations at Main and Transit and the Summit Park Mall, might also have been a good stop.

The gift of music was on the mind of advertisers in 1979, with big ads from AM&A’s, Twin Fair, and Naum’s Catalog Showroom. Record Theatre, calling itself “the world’s largest record store,” promised to stay open 84 straight hours for holiday shopping.

Both Krasner’s and Scott-Del started in the Southgate Plaza. DonLevy’s Backroom was a New England chain store with late 1970s locations across the street from Southgate Plaza and in the Clarence Mall at Main and Transit. Morrison’s was a longtime downtown ladies apparel store that branched into suburban locations before closing in 1983.

[BN] Chronicles: Just like 25 years ago, now the hunt for Bills gear begins

Our championship gear is much more difficult to come by than it was back in the days of Kelly, Bruce, Andre and Thurman, writes Steve Cichon. 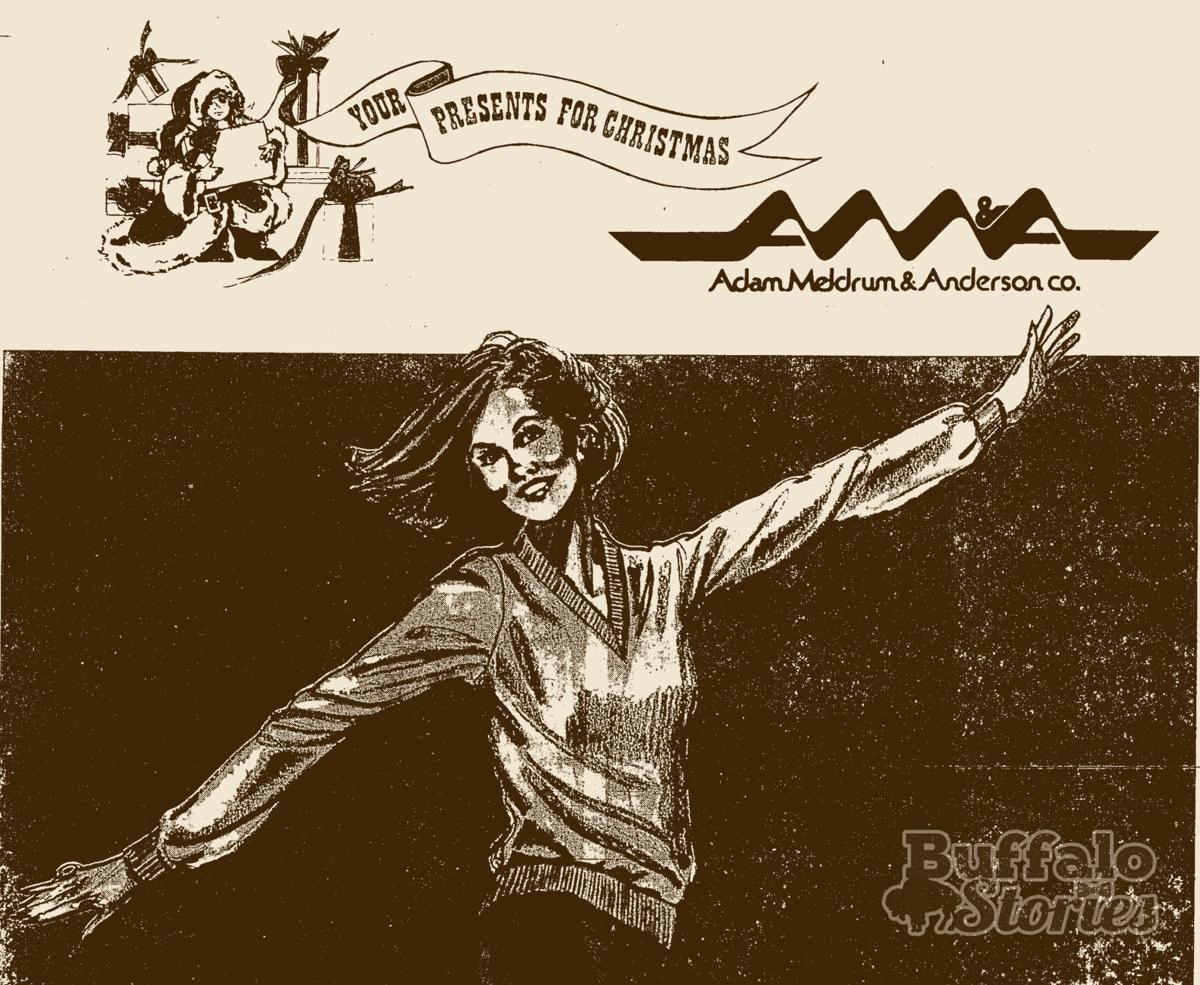 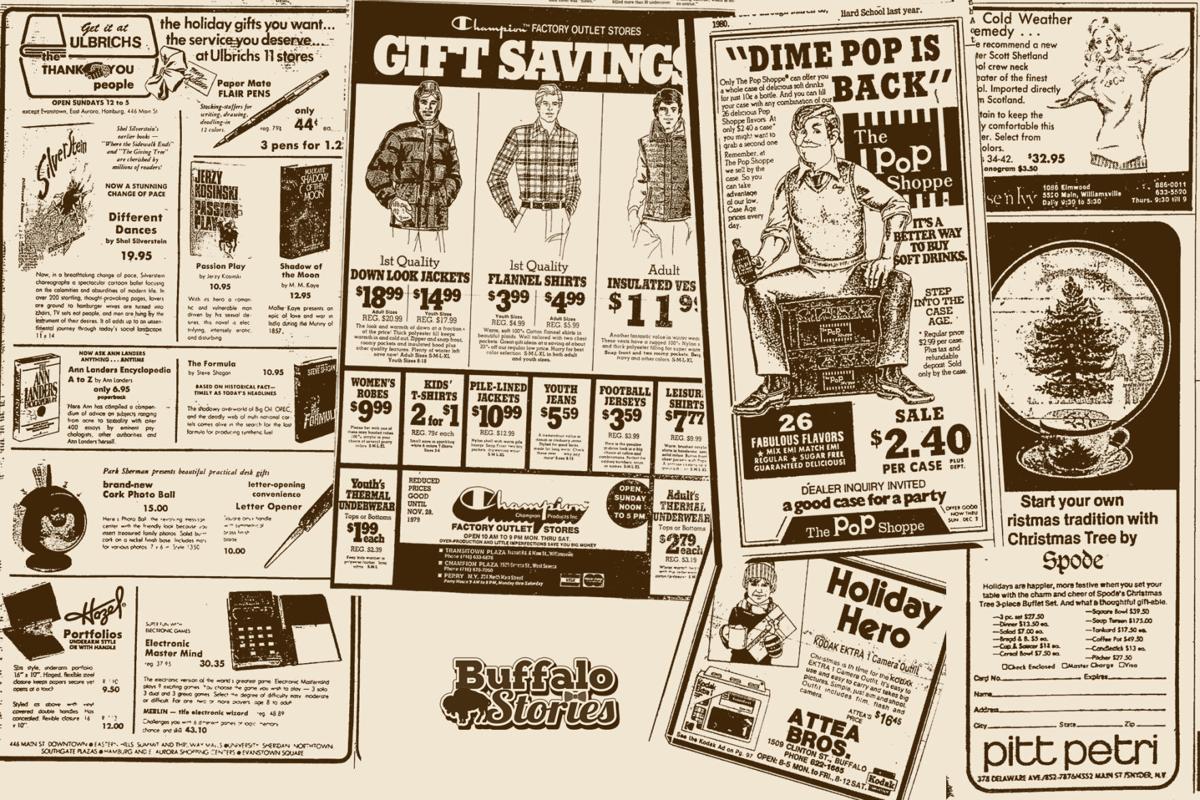 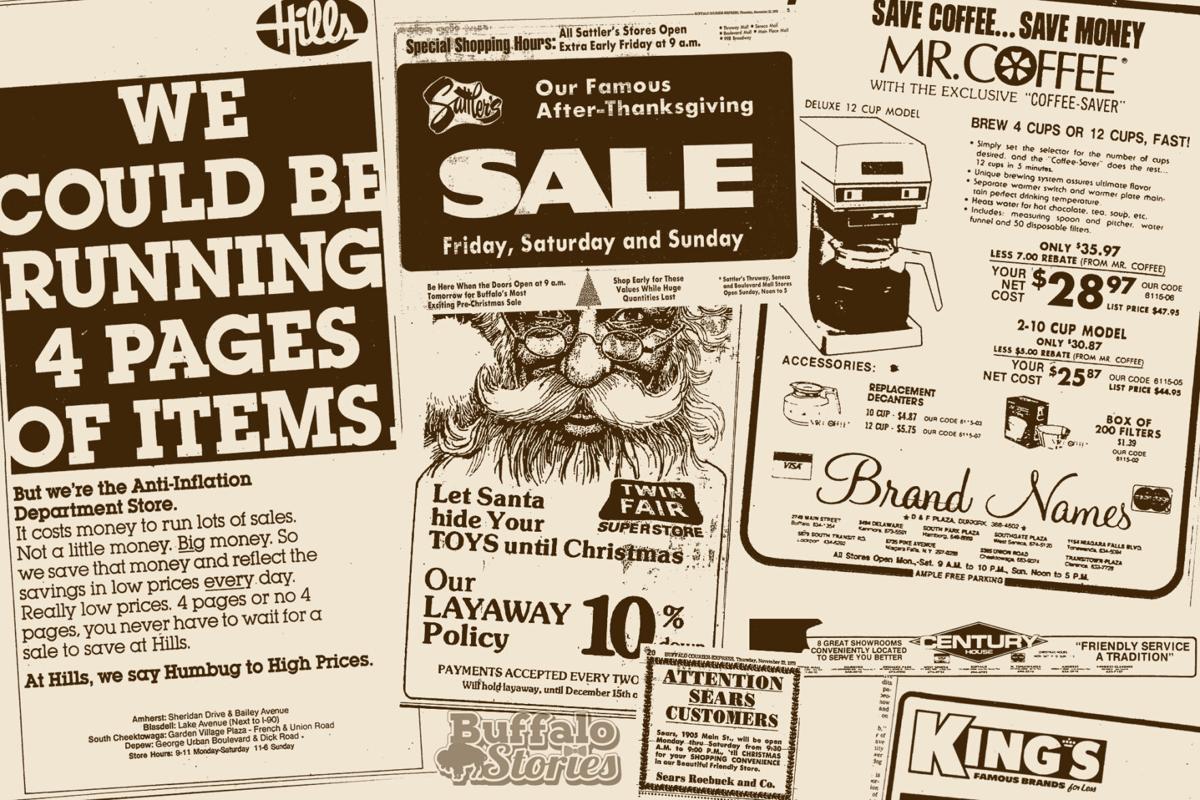 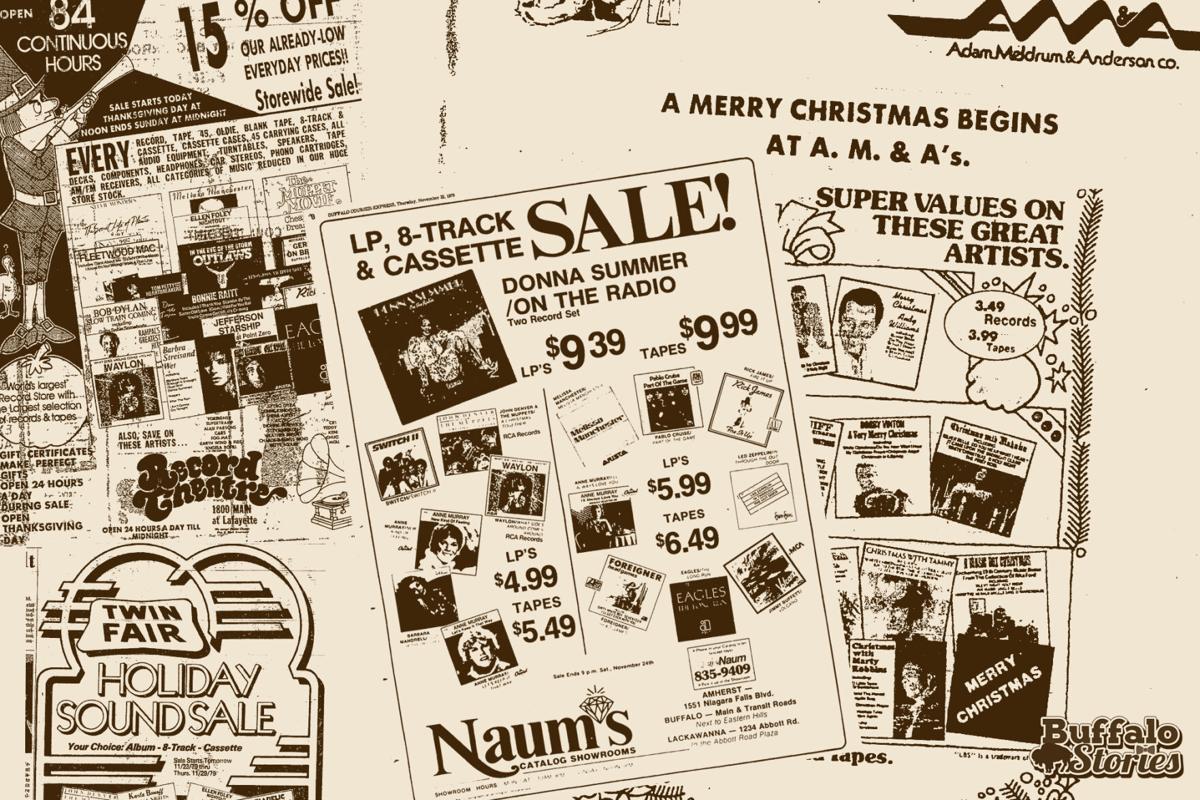 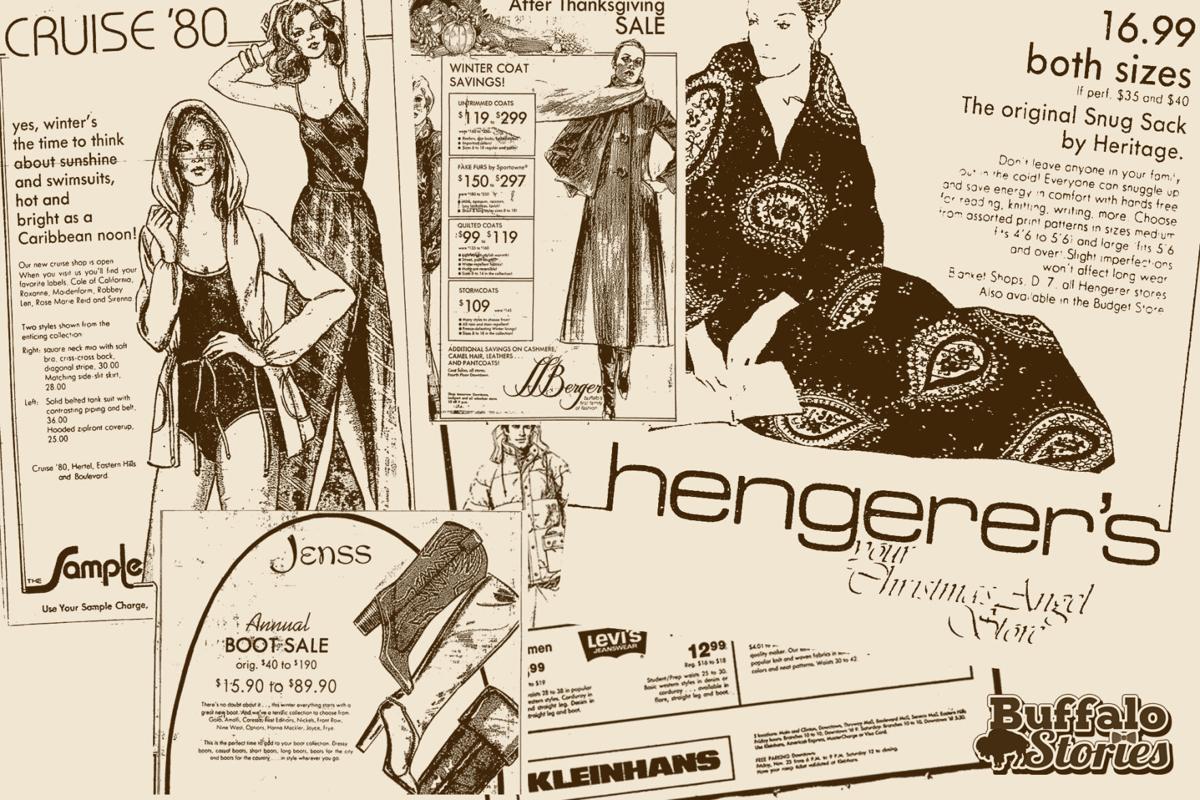 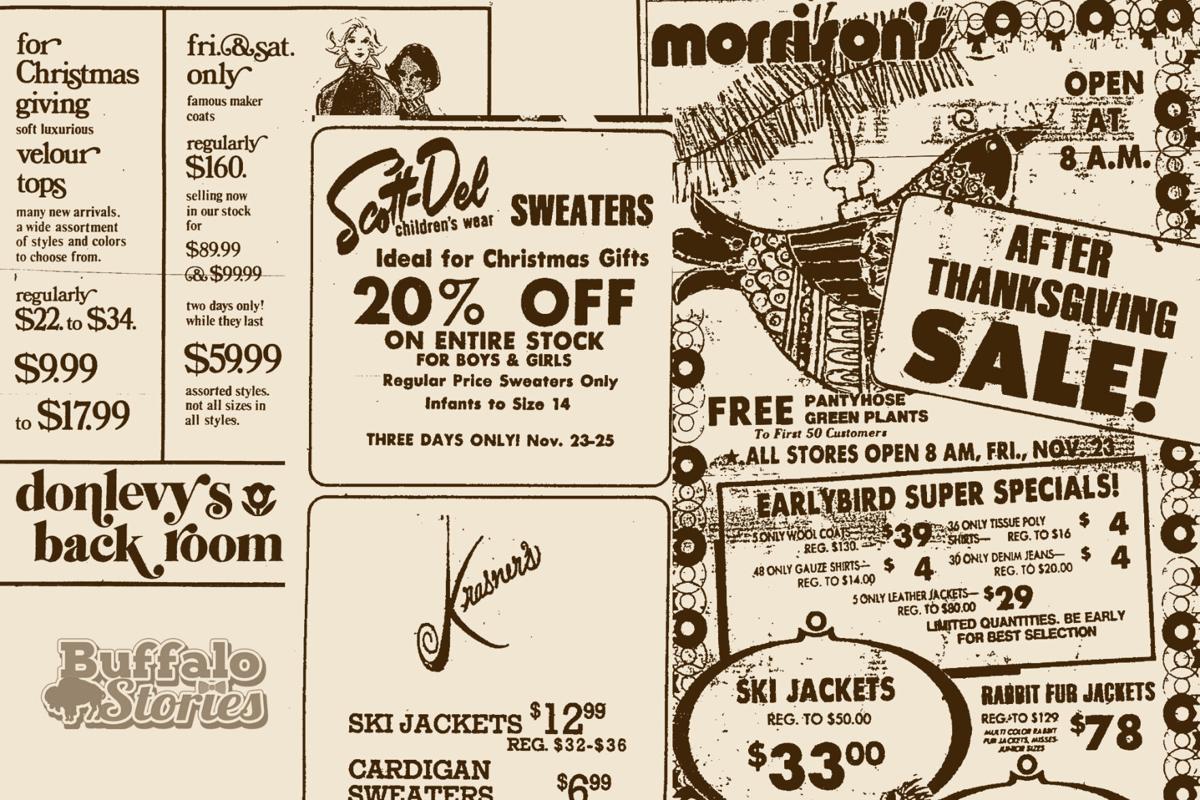