As Buffalo grew from a small frontier town to one of America’s largest cities over the second half of the 1800s, one of the essential drivers of that growth was the ironworks of Pratt & Letchworth, founded in 1854 at 44 Terrace St. near the terminus of the Erie Canal.

Eventually expanding to 36 acres in Black Rock bounded by the New York Central Railroad and Scajaquada Creek (with easy access to the Erie Canal and Great Lakes), by the 1870s, Pratt & Letchworth had grown to become the nation’s largest producer of carriage, horse-rigging and saddlery hardware.

Around the turn of the century, Pratt & Letchworth sold off the saddlery business to focus on railroad components like gearboxes and couplings, and would be among the industry leaders for the next 80 years.

In 1911, an ad in the Buffalo Commercial read, “steel malleable iron castings, made in the acid open hearth process, constitute their product. During (the last half century), this establishment has had a remarkable career of development. Beginning in a small way, its square business methods and the quality of their product have resulted in time to an expansion of the plant, which places it in the foremost rank of those engaged in similar business.”

Bought out by Dayton Malleable in 1952, the Tonawanda Street plant was the oldest continuously operating foundry when slowing orders closed the place with the loss of about 500 jobs in 1981.

After PCB contamination was cleaned up on the site in the mid-'90s, it became the home of a short-lived “urban golf park” called Tee-To-Green.

In 1976, the Buffalo Area Chamber of Commerce published MetroScene magazine as “the most complete book of its kind ever published in Western New York. 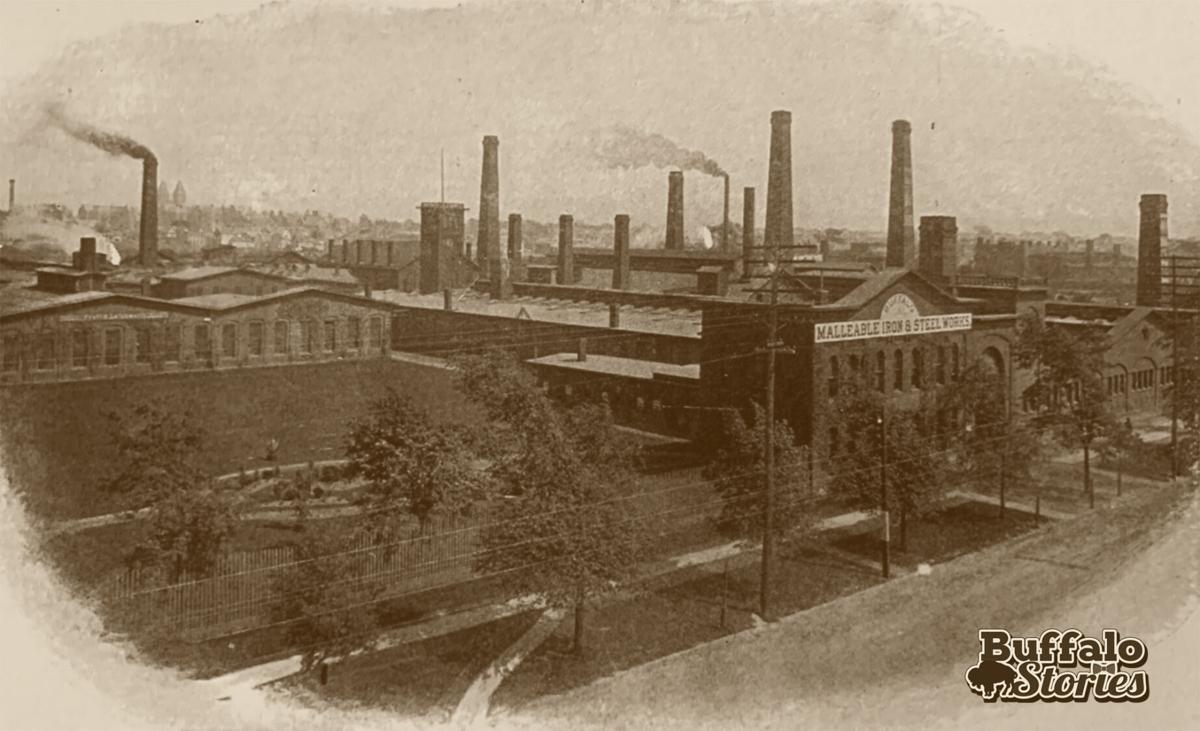 Pratt & Letchworth, Tonawanda St. in Black Rock, around 1900. The towers of the Richardson complex are visible faintly in the distance. 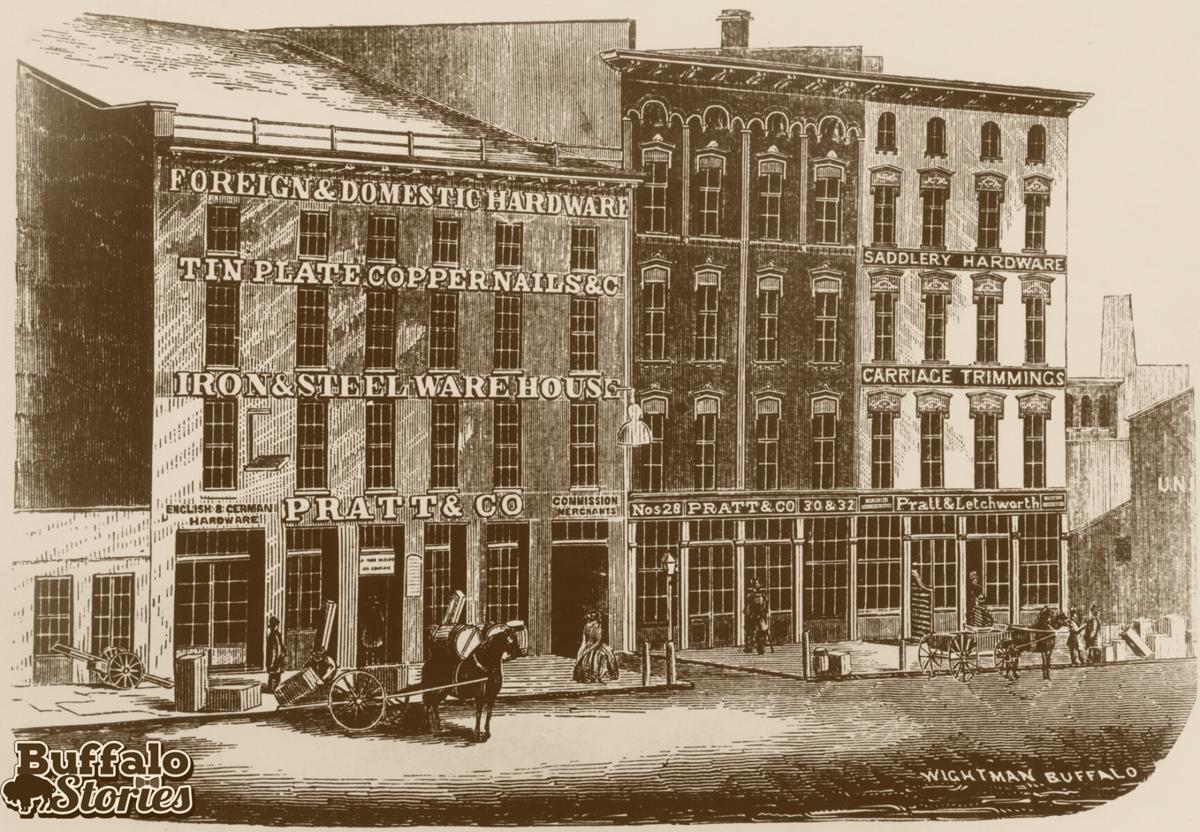 Pratt & Letchworth in the 1840s at 44 Terrace near Buffalo's waterfront. 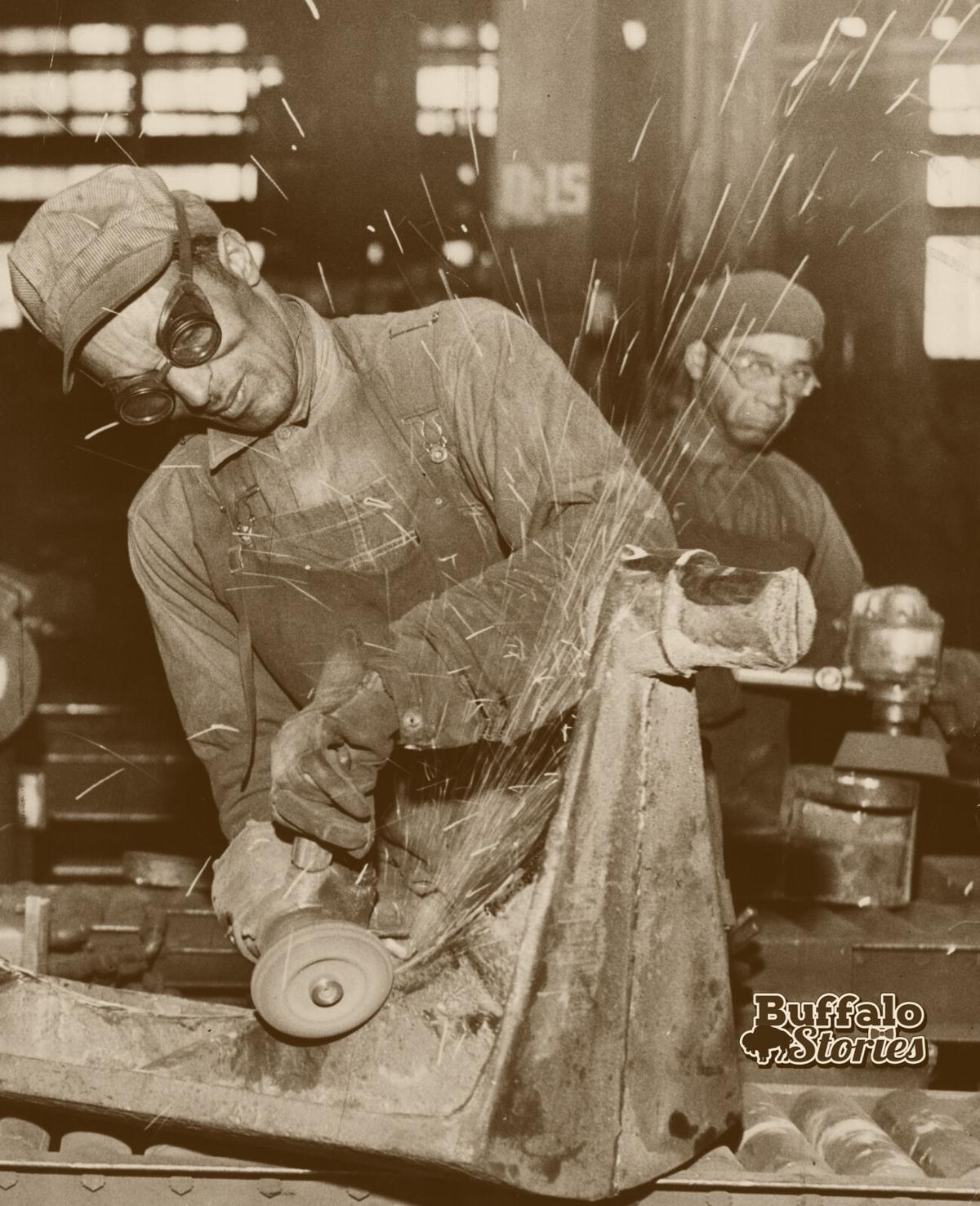 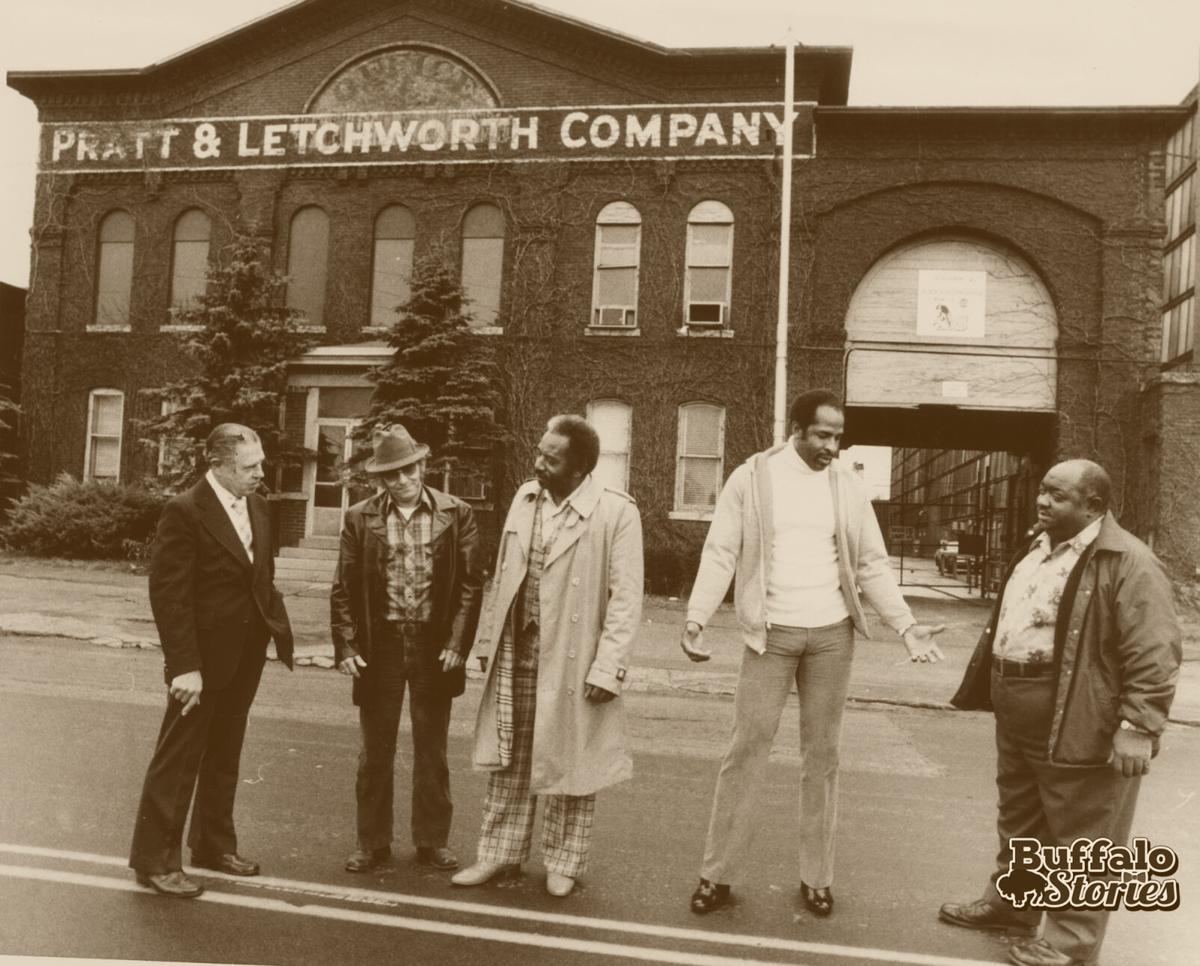 Laid off workers stand on Tonawanda Street in front of Pratt & Letchworth, 1982.