When Bills quarterback Josh Allen signed a six-year, $258 million contract extension earlier this month, many longtime Buffalo football observers thought back to the day 35 years ago when hungry fans lined overpasses along the 33 to welcome Jim Kelly to the city as the Bills’ new million-dollar arm.

"What we're really interested in is rebuilding this franchise to respectability,” said team owner Ralph Wilson.

After two 2-14 seasons for the Bills, the team made Kelly the highest-paid player in league history with a five-year, $7.5 million contract.

Fans cheered and waved signs as a police-escorted motorcade took Kelly’s limousine from Prior Aviation at the airport to a ceremonial signing press conference at the Buffalo Hilton (which became the Adam’s Mark and is now the Buffalo Grand Hotel).

In what was then viewed by at least one local newspaper editorial board as “media overkill,” Channels 2, 4, and 7 each cut out of network news to carry extended coverage of the Kelly press event. Old time football fans back then couldn’t remember any excitement at that level since 1969 when O.J. Simpson came to the Bills.

“This is like Christmas,” said one of the throng of long-suffering Bills loyalists waiting for the private plane which took Kelly from Houston to Buffalo.

Kelly was drafted by the Bills in 1983, but instead chose to play for the Houston Gamblers of the USFL. The Houston team merged with the Donald Trump-owned New Jersey Generals. The combined team folded and made Kelly available to talk with the Bills.

"I'm an athlete, I'm a competitor, whatever the situation is, I’m going to give 100 percent," Kelly said at his first Buffalo press conference. "I can't promise you a Super Bowl because you're only as good as the people they put around you. If I get some help, I definitely think we can take this team to a championship.”

Kelly Krunch, the milk chocolate candy crunch bar emblazoned with the likeness and autograph of Bills quarterback Jim Kelly, were on sale for 89 cents, while supplies last, at your neighborhood Bells. A Bills Super Bowl berth was still a wish as this sale went on 25 years ago. The Bills had lost a playoff game to the Cleveland

In his round-up of Buffalo Bills-related news, it wasn’t even Vic Carucci’s top item that Houston Gamblers quarterback Jim Kelly wasn’t as vehemently anti-Buffalo as he had been since the 1983 NFL draft. With the future of the USFL franchise that Kelly played for up in the air 30 years ago, the Buffalo icon said that while the Bills

If you want tickets to any sporting event or concert badly enough, and are willing to pay, you know you are only a few clicks away from buying those tickets. Through the late 1980s and early 1990s, the hottest ticket—every year—was for the Rich Stadium AFC East match up of Marv Levy, Jim Kelly, and the Buffalo Bills vs. 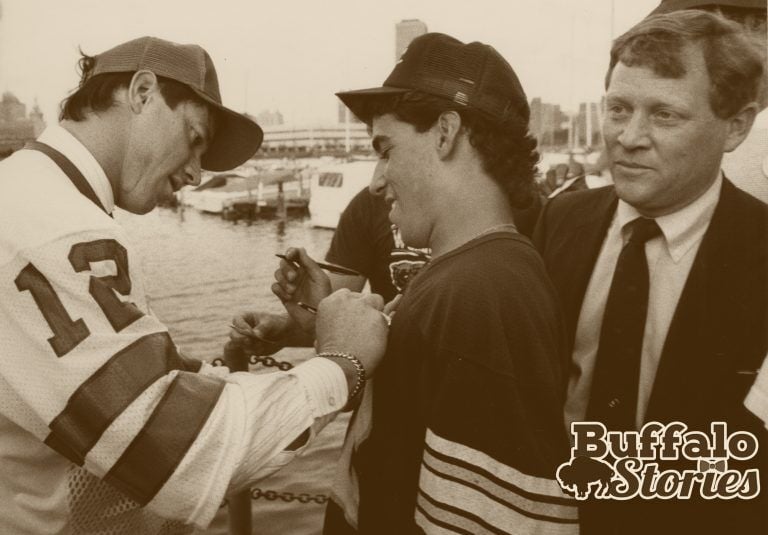 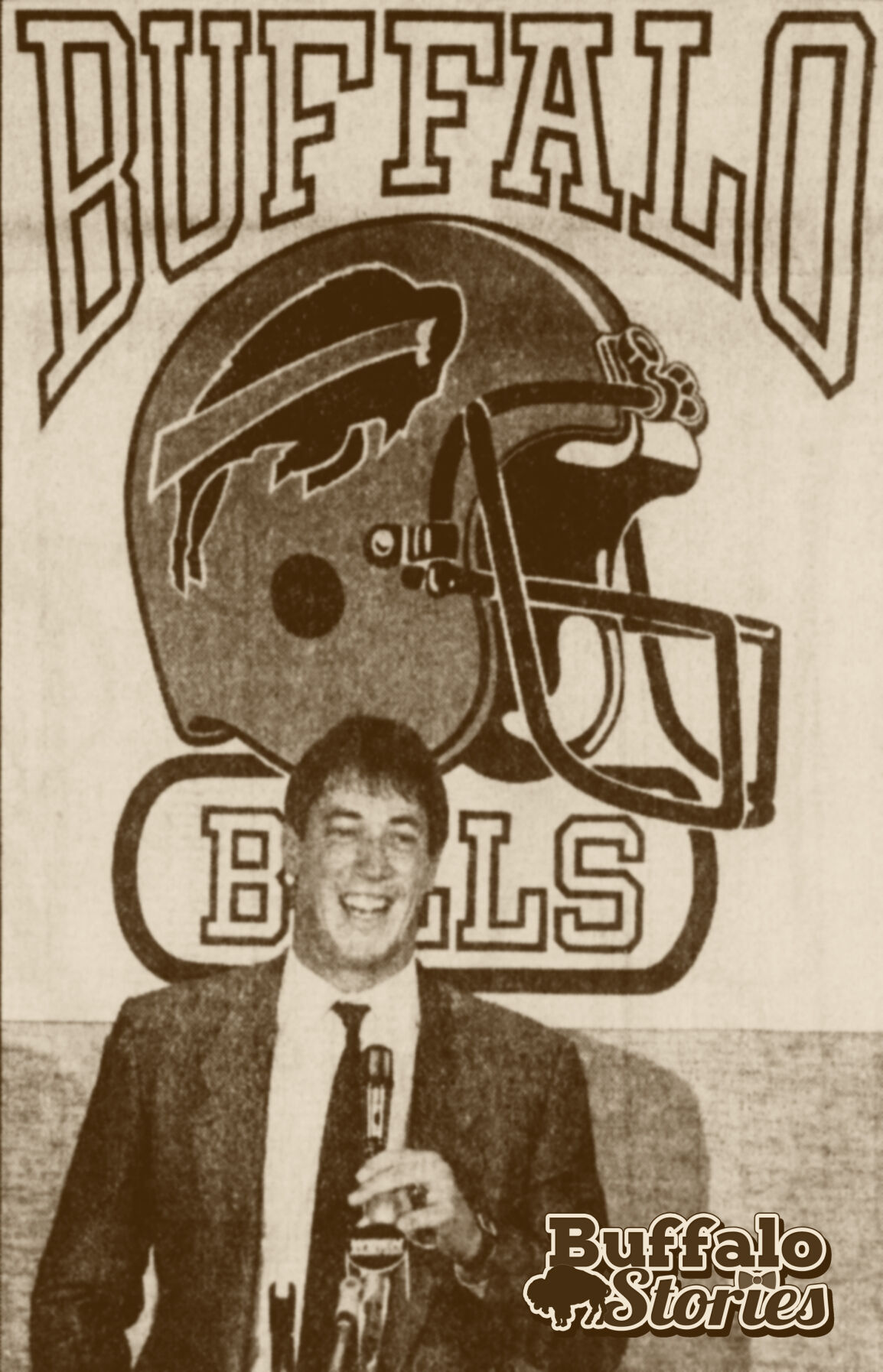 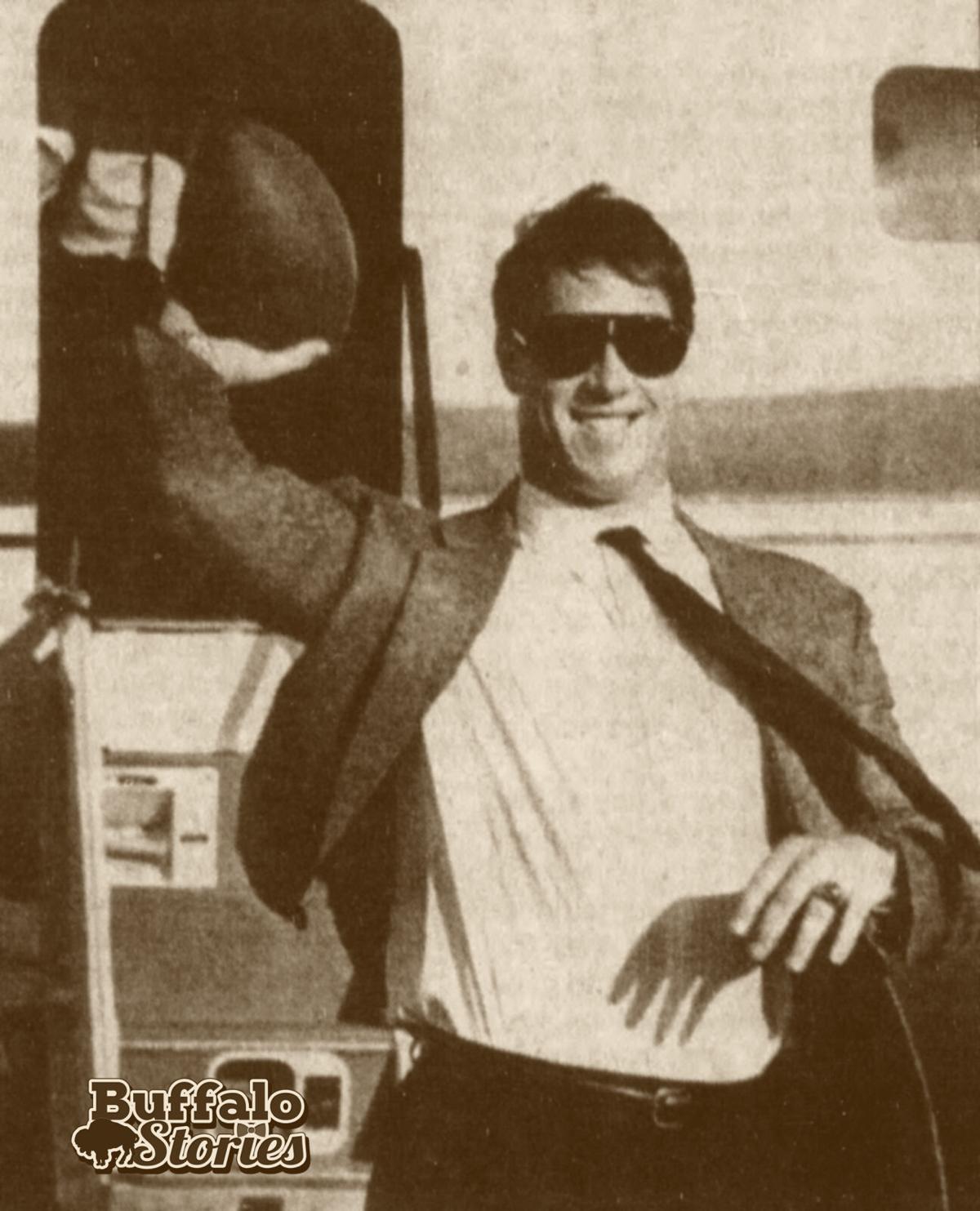 Jim Kelly steps off the plane in Buffalo, 1986. 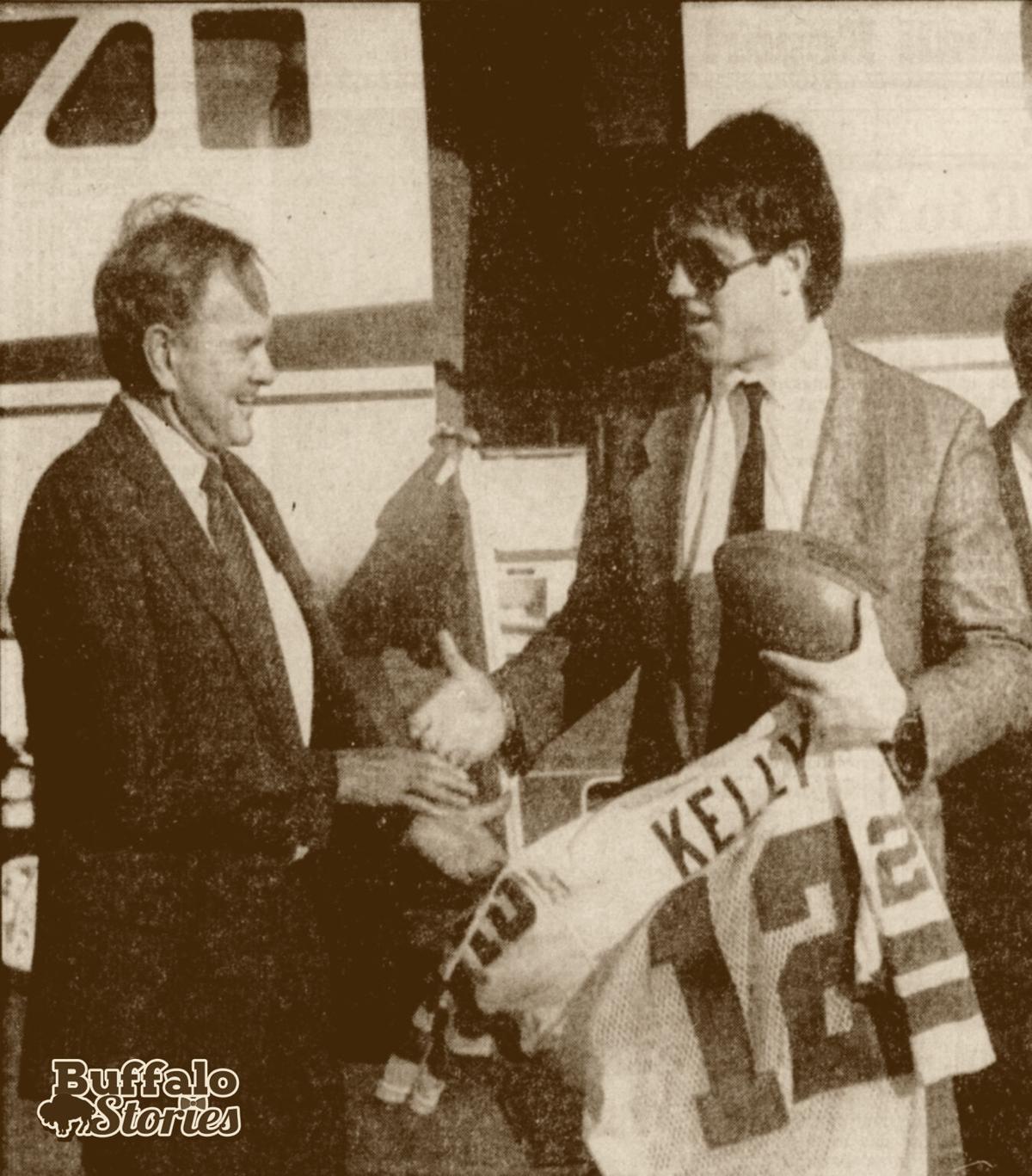 Ralph Wilson welcomes Jim Kelly to Buffalo at the airport, 1986.