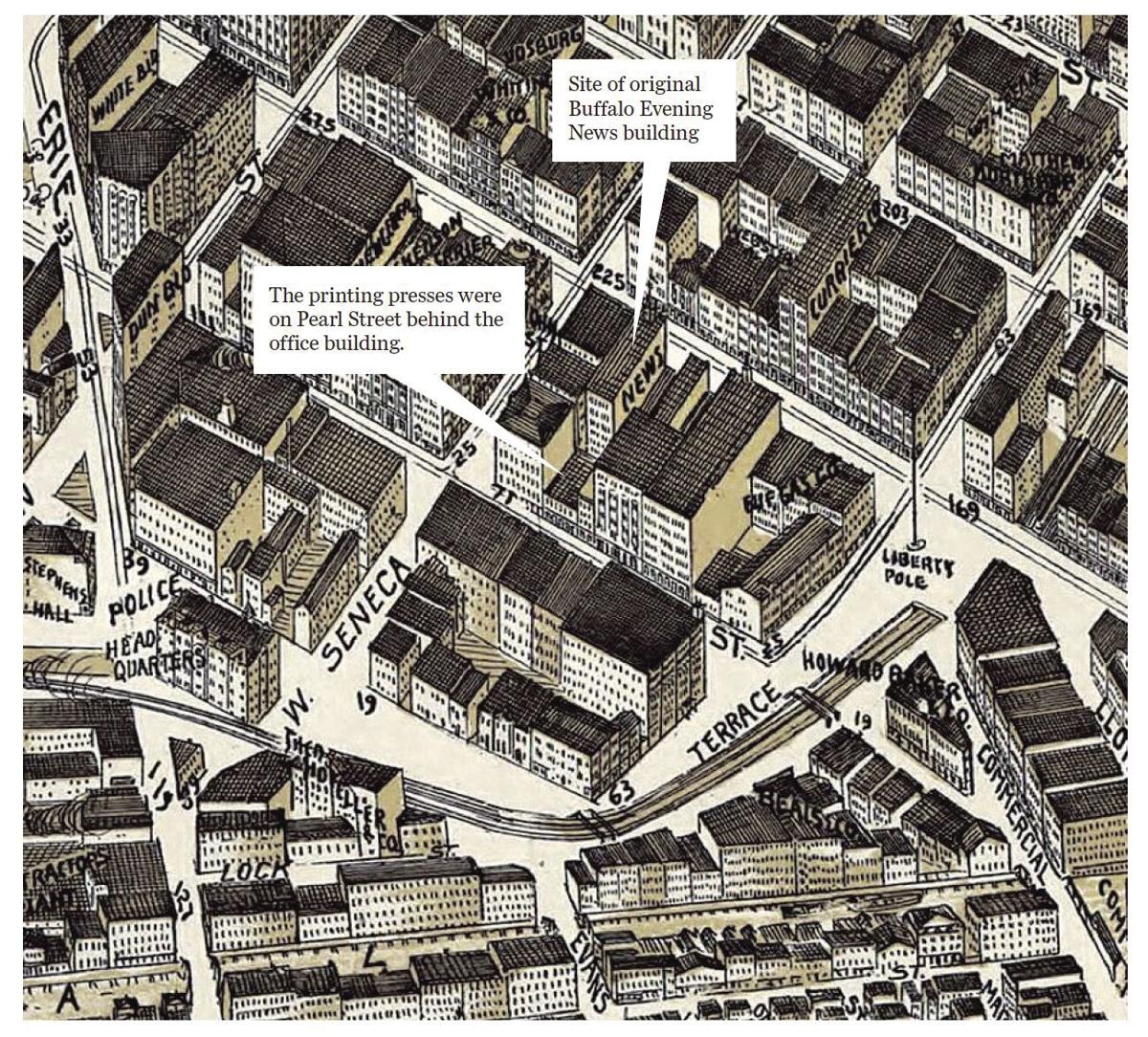 A 1902 map of Buffalo, courtesy of the Library of Congress, Geography and Map Division. 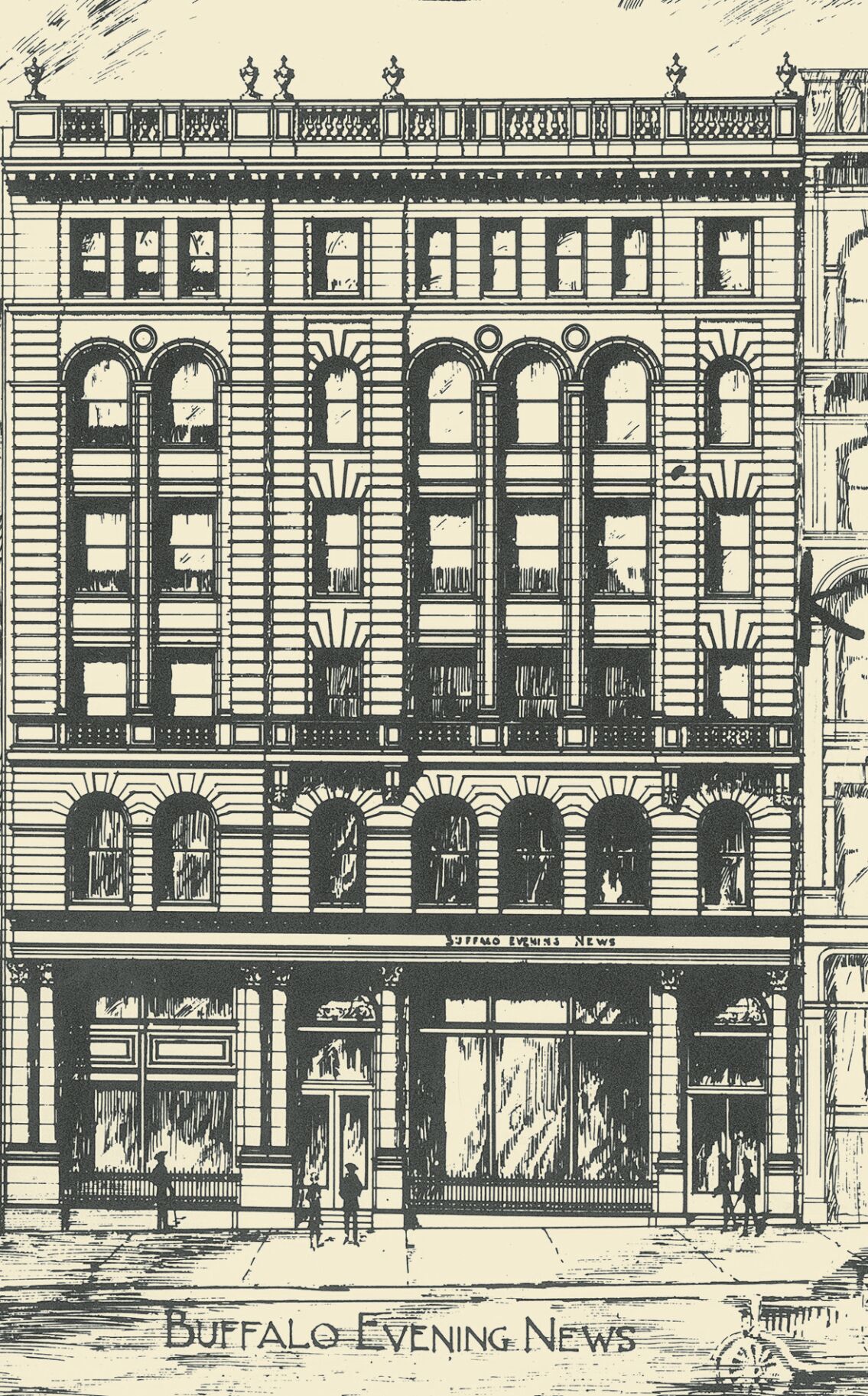 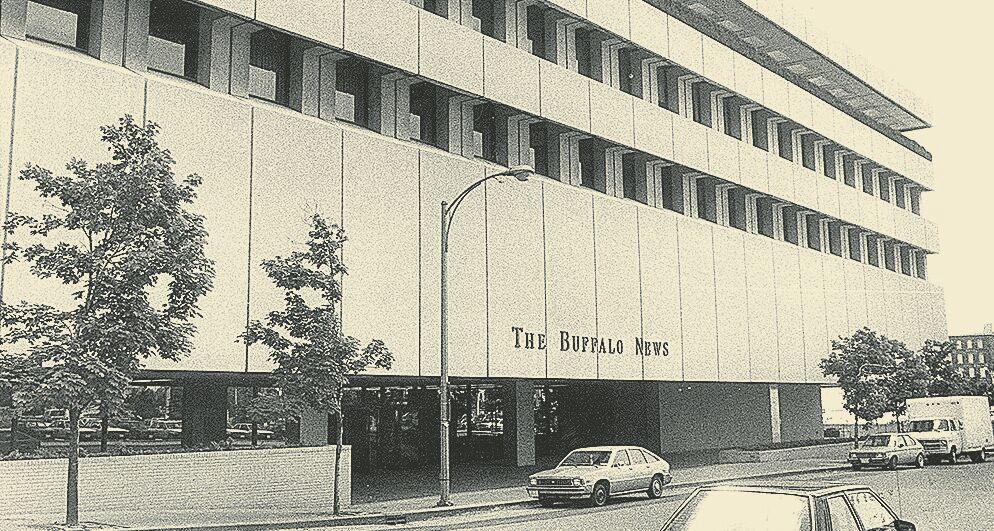 The Buffalo News office building on the corner of Washington and Scott streets, as seen in 1973.

The Buffalo News has always been rooted downtown. In fact, over the course of 140 years, our offices and printing plant have stayed within the same three-block radius on lower Main Street.

Our first edition in 1880 was written, printed and delivered from 214 Main St. This account from John W. Rosenbach, a onetime mechanical superintendent, provides a sense of what operations were like from our first home.

“Across the alley was a little one-story building about as big as a tablecloth where the press and stereotyping rooms were located. …The pressroom, which fronted on the alley in the rear of the Main Street structure, extended only halfway to Pearl Street.

By 1929, the News had made one move and undergone two major renovations. In 1881, Butler moved operations to 218 Main Street and in 1896, demolition began to construct a luxurious, six-story building that expanded into 216 Main – and later 214 Main.

It wasn’t until 1958 that we began building our current footprint at the corner of Washington and Scott streets. Using land that was once part of the Lehigh Valley railroad depot, The News constructed a new printing plant. With 35 printing units operating as five giant presses, the new facility allowed The News to print a newspaper with more pages in less time.

The News’ offices moved into a new building, next door to the printing plant, in 1973. Acclaimed architect Edward Durrell Stone designed the Brutalist building at the direction of Kate Butler, then owner of The News. She was determined to construct a new space as symbolic of the 1970s News as 218 Main had been when it was built by her father-in-law, Edward H. Butler Sr., in the late 1800s.

The 1973 building, our home to this day, was organized with the production flow of the newspaper in mind. Advertising was originally on the fourth floor (ads get placed on printed pages first); the newsroom was on the third floor (content fills the spaces around the ads); prepress preparation happened on the second floor; and the papers rolled off the press on the first floor.

Two new, state-of-the-art presses went into service in 2004. At a time when many newspapers were abandoning the city and moving printing plants to suburban locations, the $40 million project was a major investment in downtown Buffalo.

The late Stanford Lipsey, The News’ longtime publisher, spearheaded the project. Lipsey’s words at the time encapsulate the company’s consistent aims: “With this investment, we have strengthened The Buffalo News’ commitment to the city, and we’ll have a better product for everyone.”

A 1902 map of Buffalo, courtesy of the Library of Congress, Geography and Map Division.

The Buffalo News office building on the corner of Washington and Scott streets, as seen in 1973.