Sinking Ponds Wildlife Sanctuary, spanning 77 acres on the edge of East Aurora, took its name from the numerous wooden footbridges that sank into its boggy ground before 1917, according to village historian Robert Goller.

Bordered by the East Aurora Country Club golf course and wetlands, it is a natural preserve frequented by migratory birds, an occasional loon, trail hikers and birders – but over the years it has been neglected, noted one village official.

“The Village of East Aurora maintains it, but it is not a priority,” said Ernest Scheer, a longtime trustee who lives near the preserve.

That could be changing.

Resident Orlando Monaco has organized a group of residents called Friends of Sinking Ponds and presented the Village Board with a 15-page proposal to beautify and maintain the preserve.

“The sanctuary entrance is unkept, unmanaged and a neglected area. There’s no welcome sign. It’s not getting the funds or the attention it should be, and it’s unfortunate,” said Monaco. “It’s not a Reinstein Woods or Iroquois National Wildlife Refuge. It’s kind of like the wild, wild west of nature sanctuaries.”

Monaco’s proposal to upgrade the neglected sanctuary would focus on the main entrance and parking areas, adding signs, trees and shrubs to convey a more welcoming message.

“A very high percentage of people entering the parking area quickly preview the entry area, seem disinterested to even get out of their vehicles and simply leave,” said Monaco, who spent considerable time at the sanctuary observing and interviewing visitors.

Monaco’s detailed proposal was tabled pending further review by village officials, who want to visit the sanctuary with Monaco to see what he plans to do. Still, trustees had questions.

“As a nature sanctuary, doesn’t that mean you don’t add other things, like the grass they planted? Isn’t it supposed to be a completely natural habitat?” asked Trustee Steven Lazickas.

“I like the idea of private residents doing things to help improve village property, but we can’t give him carte blanche until we know what changes he wants to make,” said Mayor Peter Mercurio.

The administration’s caution is backed by the history of the land that comprises Sinking Ponds including the sunken footbridges, the remains of prehistoric mastodons that anthropologists believe may be at the bottom of the pond and artifacts left behind by early Native Americans who used it as a seasonal base camp, said Goller, the historian.

“It’s mind boggling when you think that before the modern era, there were people living on the land we’re on,” said Goller. “It’s not just 1804 and they’re the first white settlers rolling in.”

Sinking Ponds was a seasonal camp for the Meadowood culture, who populated the area during the glacial period, well before the Seneca Nation and Iroquois arrived, said Goller.

The habitat’s history twice brought students from the University at Buffalo’s Archaeological Field School for two separate digs in 1960 and 2011. They discovered evidence that the area was inhabited every summer for 4,000 years, and by many people, according to a report published in December 2011 on Archaeology News Network (TANN), a nonprofit online newsletter. Students further found that the “composition of the site suggests that some impressive prehistoric creatures might have once disturbed the now tranquil site,” specifically, mastodons.

As a boy, Goller recalled seeing the top of one of the sunken footbridges during a drought. The footbridges were designed to continue Pine Street through the bog, but wetland conditions did not allow for it. Finally in 1917, town officials for Aurora and Elma decided to construct Girdle Road around the wetlands.

Sinking Ponds was not officially declared a wildlife sanctuary until 1962, according to a report published in the East Aurora Advertiser. The Citizens Committee of Sinking Ponds Wildlife Sanctuary formed in 1963.

A recent visit to the preserve showed overgrown trails, crumbling masonry and scarcity of signs. The East Aurora Department of Public Works, located at the site, operates salt and storage barns nearby. A village dog pound once located at the site was torn down.

Maintenance was often an issue at the preserve with the village teaming up with civic clubs, garden clubs and scouting organizations to care for the grounds. The state Department of Conservation established stewardship for a brief period in the late ‘30s.

In 2003, then-Mayor David J. DiPietro pushed for the Hawk Creek wildlife sanctuary to relocate to Sinking Ponds – but instead, the sanctuary ended up signing an agreement to buy a 65-acre estate in the Town of Aurora.

In 2006, East Aurora unsuccessfully lobbied for a public-private partnership with the Audubon Society to help rejuvenate Sinking Ponds.

Goller said the property needs what it has always needed: a plan.

“Throughout history you see that Sinking Ponds really benefits from a master plan that brings people together,” he said. “It’s fascinating that this is happening again. History is repeating itself right now.”

I am proud to be a lifelong Buffalo resident, who worked at this newspaper for more than three decades first as a copy editor and now a reporter. My passion is writing about people and the difference they make in our community.

The successful independent festival will return Sept. 18 and 19, 2021, to the same location.

As trend in backyard farming continues to grow, officials are forced to examine the rules regarding animals in their municipalities.

Food trucks will roll again in the Village of East Aurora, but must park 500 feet from a restaurant. 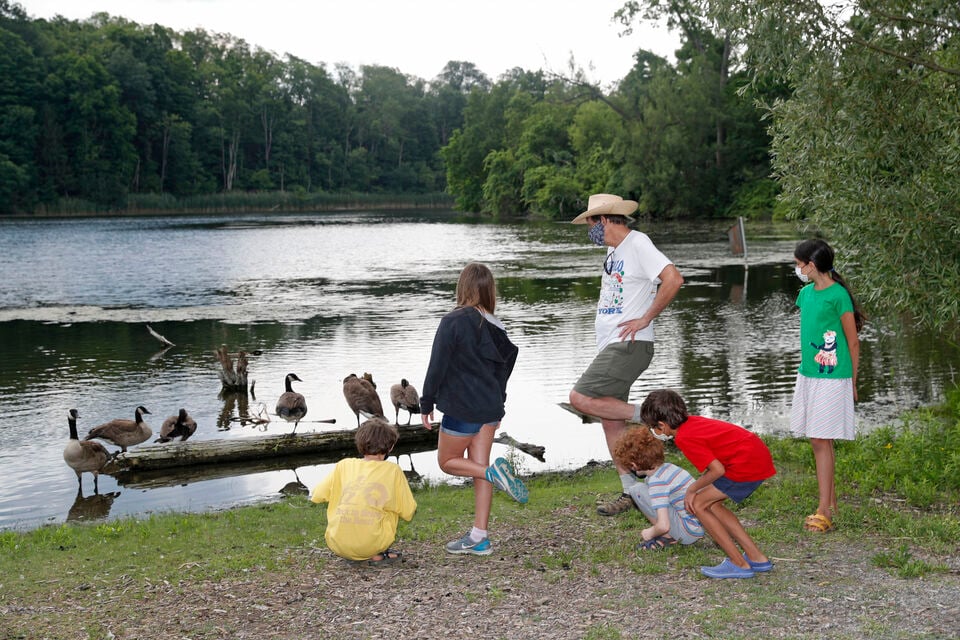 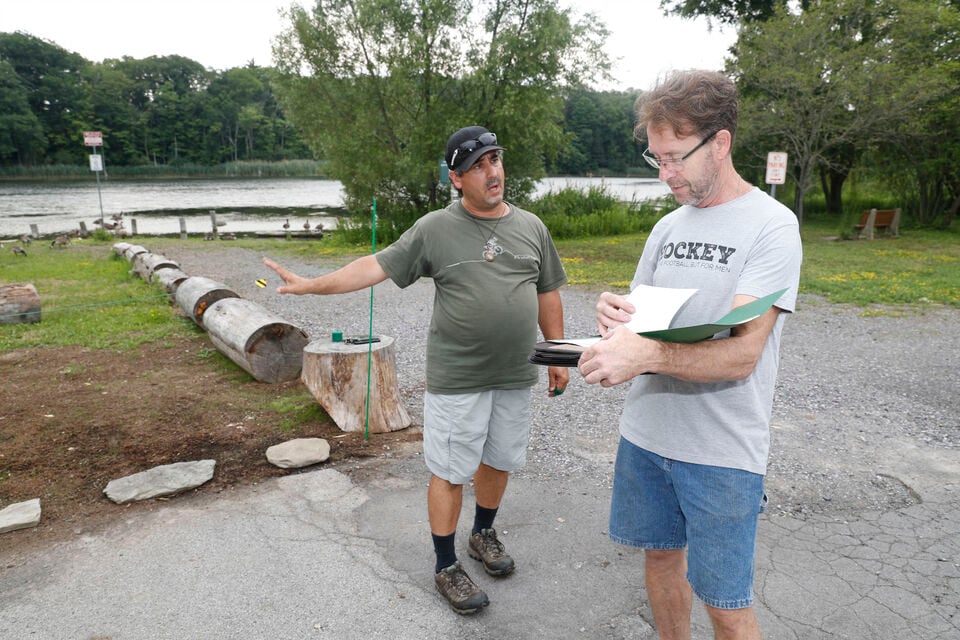 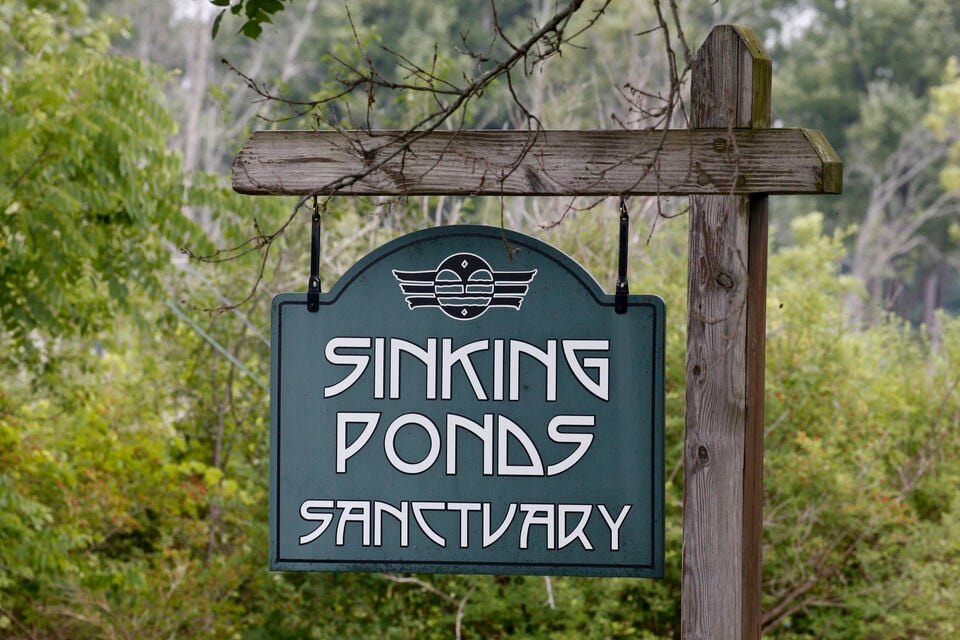