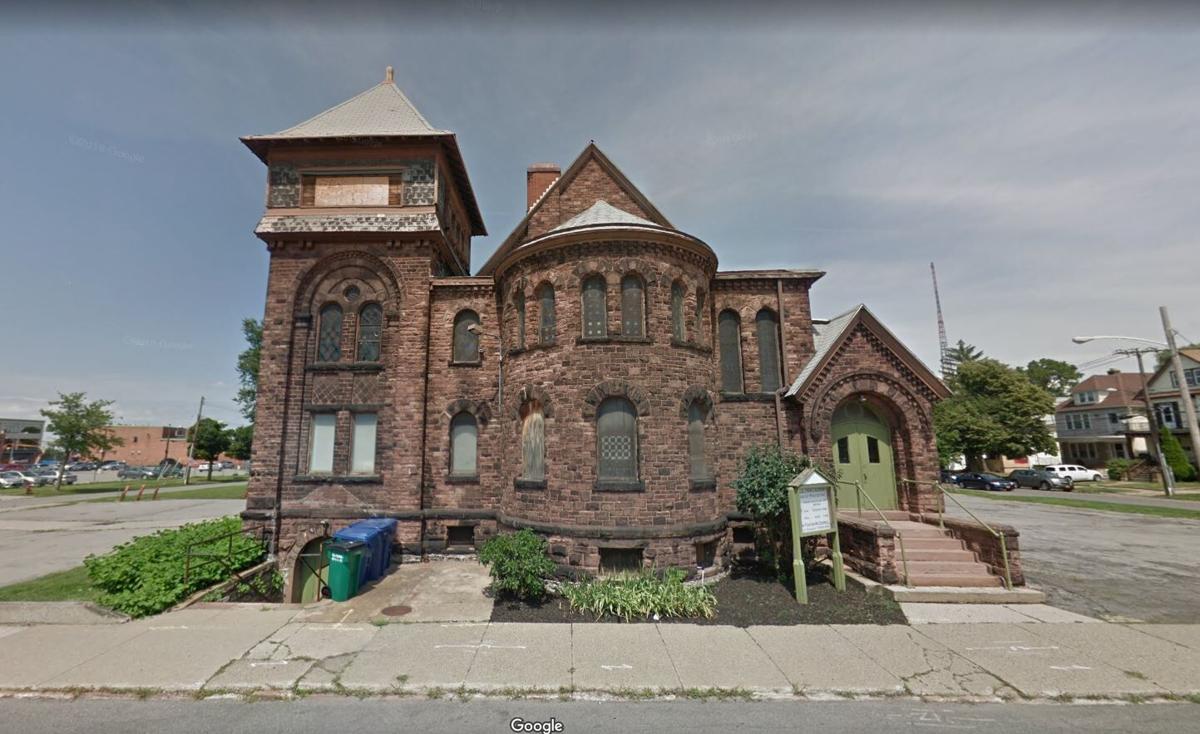 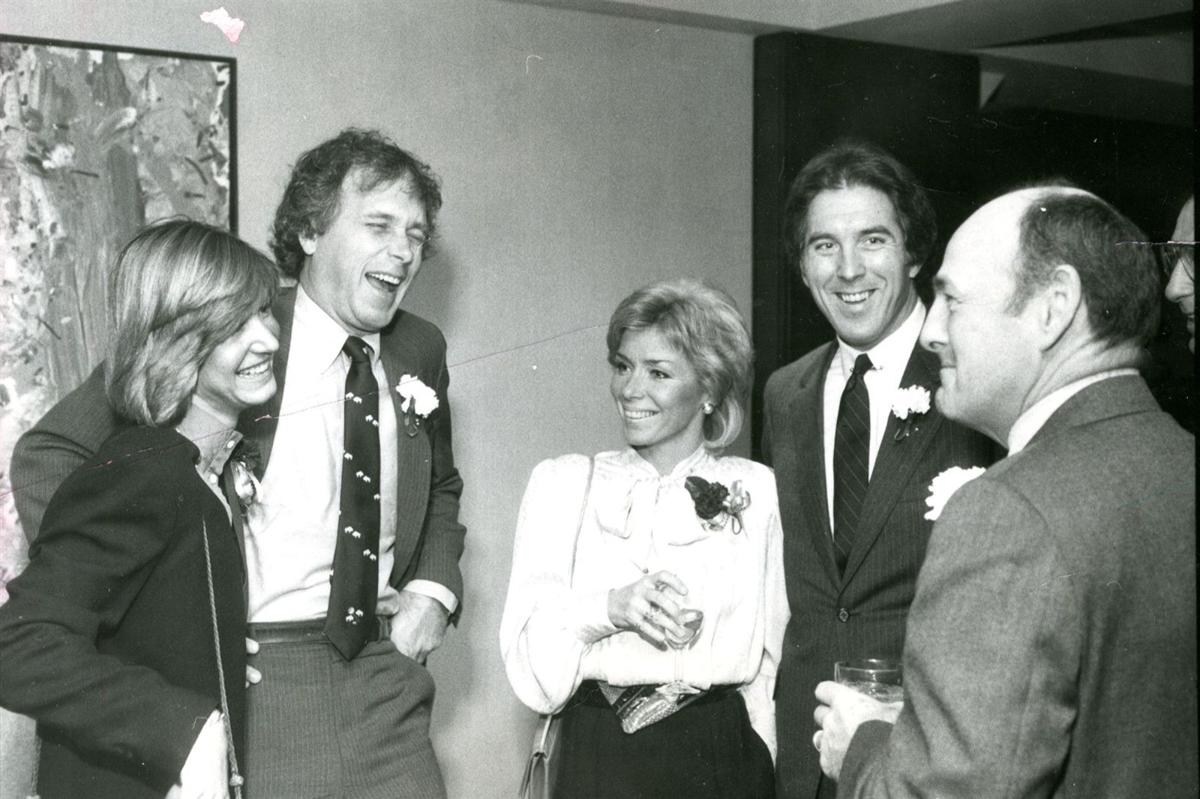 Barely two weeks after Rich Products Corp. acquired a historic stone church adjacent to its West Side headquarters campus, preservationists are now seeking to protect the edifice by having it landmarked.

The Buffalo-based food service, bakery and nondairy products company has not yet formulated any plans for the 131-year-old structure, located a block from its corporate offices and next to a parking lot that is slated to become a film production studio.

"The plans are very much in flux. We’re just beginning to talk about the what-ifs," said Jonathan Dandes, corporate vice president of governmental relations and special projects at Rich. "I think there’s an understanding of what type of a gem of a building there is. We’re continuing to have that conversation on an ongoing basis."

Gwen Howard, the chair of the city Preservation Board, is asking the panel to designate the Richardsonian Romanesque-style building – whose bell once tolled for the death of President Abraham Lincoln in a different location – as a local landmark. That would afford it more protection than even a listing on the National Register of Historic Places – which could also make it harder for Rich or any other owner to make any future changes, let alone demolish it.

Dandes said he was unsure of what impact that would have on Rich's effort, but stressed that demolition is "not in the cards" anyway. He said the company is investing in roofing and structural repairs.

"Our goal now is to obviously preserve it," Dandes said.

"We are looking at all the properties around Niagara Street. It’s one of the situations where an opportunity presented itself," Dandes said. "That part of the city is spectacular and getting better every day."

In her application, Howard – also an architect at Foit-Albert Associates – noted that the church was one of several buildings in Buffalo designed by well-known architect Edward A. Kent, who perished in the April 1912 sinking of the RMS Titanic. It's also the only remaining historic structure on West Ferry between Niagara and West streets.

Kent, who was trained at the Ecole des Beaux Arts in Paris, was a founding member of the Buffalo Society of Architects, and later served as president of the Buffalo chapter of the American Institute of Architects, Howard noted. Kent and his firm also designed the First Unitarian Church on Elmwood Avenue, the original Temple Beth Zion on Delaware Avenue, the Chemical No. 5 Firehouse on Cleveland Avenue, the S. Douglas Cornell House on Delaware, and the mosaic tile floor of the Ellicott Square Building downtown.

The Medina sandstone church – built from 1889-1890 at a cost of $14,000 – embodies architectural characteristics of a style similar to the Richardson-Olmsted Complex but "on a much smaller footprint," Howard noted.

Those include "masonry walls with rough-faced, squared stonework" as well as "round-topped arches over entryways and windows" and "lines of arched and rectangular windows with stone lintels," Howard wrote. The building also features a "conical roof over a two-story semicircular bay" and a "square tower with a pyramidal roof," she added in the application.

And it "tells the story of the evolution and growth of the original lower Black Rock community," making it a "notable building" in the history of the village from its days before it was absorbed into Buffalo, Howard wrote.

Originally intended as a chapel to a larger building that was never completed, it was the former home of one of the earliest church congregations in the city – the First Presbyterian Church of Black Rock – which was founded in 1831, and remained there for 121 years.

The church had 300 members at the time of construction, growing to almost 400 by 1900, and installed a new pipe organ and redecorated the auditorium two decades later. In 1943, it received a bell from Fort Monroe, Va., to replace one that had been stolen from storage decades earlier. The new bell, which rang for Lincoln's assassination in 1865, tolled the end of World War II in 1945.

But its fortunes declined over the ensuing decades, with membership falling while the church suffered a basement fire in 1974 and recurring flooding in the 1980s and 1990s. With its numbers dwindling to just 30 weekly attendees by the 1990s, it began struggling and eventually sold the building to All Nations House of Prayer in 2011.

After years of inaction, downtown development is a bustling scene

From Canalside and Silo City to the Buffalo Niagara Medical Campus, from Michigan Avenue to Waterfront Village, these are just a few of the projects to watch in 2021.

The company paid $1.05 million to buy the former A.F. Oliver Gear & Machine Co. buildings at 1112-1114 Niagara St. from the subsidiary of Gear Motions.

Consider the job Richard Ferranti took on at Rich Products Corp. this year: • He is only the fourth CEO in the company’s 75-year history. • The first two CEOs were the founder and the founder’s son. • He oversees a food products company with a worldwide presence and $4 billion in annual revenues. As daunting as all of

As Rich Products retools leadership, message is clear: Innovate or else

From Lovejoy to the upper echelons of Rich Products management, Richard Ferranti, left, has developed a reputation as a smart, hard-working, information-hungry executive who likes to push himself and others.

Rich Products Corp. is considering how to get more involved in the redevelopment of Niagara Street. The Buffalo-based maker of Coffee Rich and other nondairy products re-acquired its former Buffalo plant property earlier this year, and is now seeking permission from the city Preservation Board to demolish the old buildings on the site. The 3.67-acre property is located diagonal

Once referring to himself as “the clown prince of creampuffs,” the frozen food magnate is more than a businessman. He is a storyteller, a sportsman, an artist . He has devoted much of his life – publicly and privately – to building up