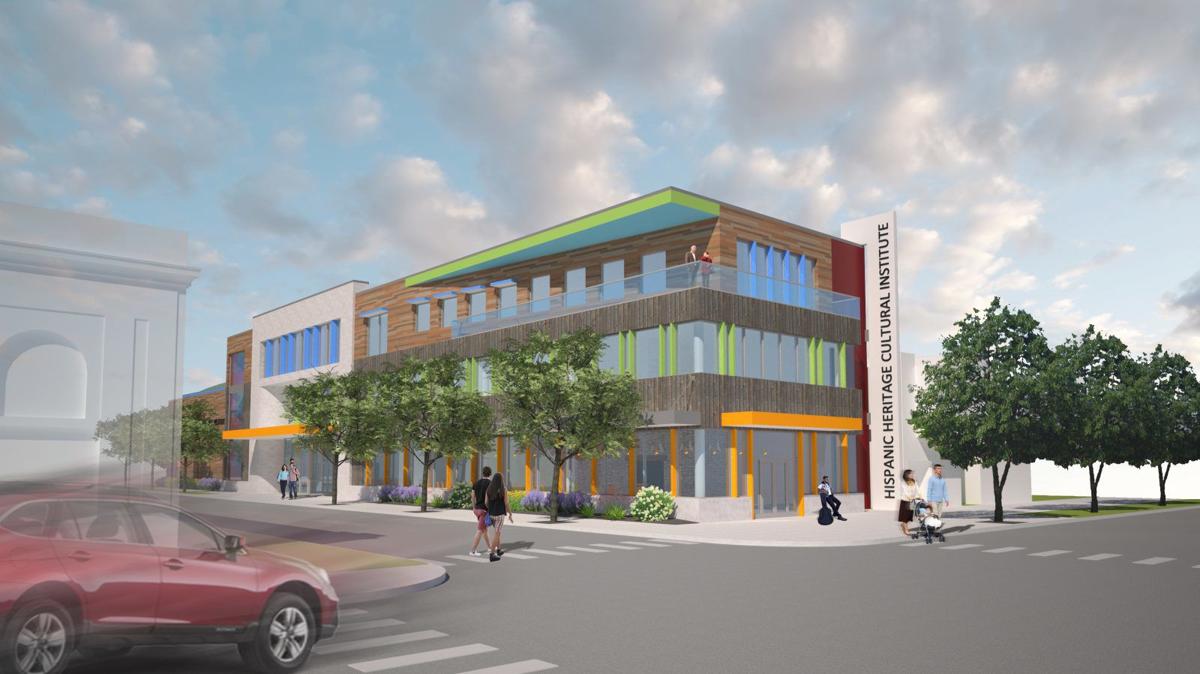 A rendering of the proposed Hispanic Heritage Cultural Institute at Niagara and Hudson streets. (Image courtesy of Stieglitz Snyder Architecture) 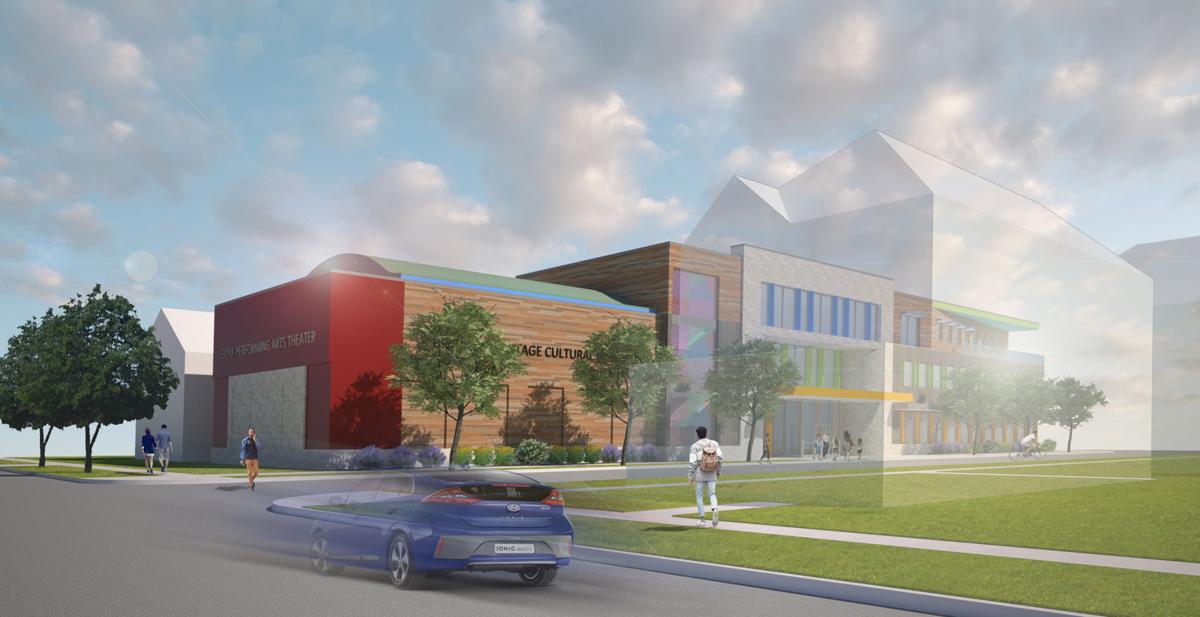 A slim row of vacant lots at the corner of Niagara and Hudson streets could become the site of a $10 million Hispanic cultural institute under a plan unveiled by the Hispanic Heritage Council of Western New York.

The proposed institute – which could break ground as early as April, pending a successful fundraising campaign – would include a museum, a 150-seat theater and a broadcast TV and radio lab, among other amenities. The plan has already earned endorsements from Rep. Brian Higgins, Erie County Executive Mark Poloncarz, the Buffalo Common Council and Buffalo Public Schools. HHC President Casimiro Rodriguez said the space would serve the West Side community, as well as Western New York's 75,000 Hispanic and Latino people.

“The vision and the mission is to build a 32,000-square-foot institute at the corner of Niagara and Hudson, in the heart of our community,” Rodriguez said. “It’s going to focus on programming and enrichment, whether that be experiential learning … or arts and wellness … or cultural affirmation and expression.”

The space would represent a major upgrade from HHC’s current quarters in the far reaches of the Central Library, where it has operated since 2010. From those offices, the 9-year-old cultural organization has spearheaded a major public history initiative, sponsored a bilingual radio program, and championed the rechristening of Niagara Street as the “Hispanic Heritage District,” complete with decorative arches, historical signposts and a massive, wraparound mural by Philadelphia artist Betsy Casañas.

Rodriguez said the proposed three-story institute, designed by Stieglitz Snyder Architecture, represents a major evolution of the organization’s scope and vision. Among other features, plans for the space propose a museum documenting the history of the local Hispanic community and a broadcast media center where Rodriguez hopes to collaborate with local outlets on radio and television segments.

There are also plans for a state-of-the-art theater to showcase music, dance and other performances by local Latino artists and companies, including the Raices Theatre Company and El Batey Dance Center. And a series of “learning labs” would host workshops and educational programs, designed in part to help address the educational attainment gap between Buffalo’s white and minority students, Rodriguez said.

David Rust, the executive director of Say Yes to Education, and Kriner Cash, superintendent of Buffalo Public Schools, are among more than a dozen local politicians and community leaders who have signed on in support of the institute.

“We are extremely fortunate to have Mr. Rodriguez voluntarily leading this important project in Buffalo,” Rust said in a statement. “Adding this center … will provide a unique opportunity to develop the next generation of civic and educational leaders.”

Rodriguez said his organization expects funding for the proposed institute to come from state and local government, as well as from local foundations, corporations and individual donors. After conversations with state and local agencies, including Empire State Development, Rodriguez said HHC is “very optimistic” it will receive the needed public funds. A capital campaign will also launch June 22.

2 Dead After Tesla Crash In Houston

2 Dead After Tesla Crash In Houston

A rendering of the proposed Hispanic Heritage Cultural Institute at Niagara and Hudson streets. (Image courtesy of Stieglitz Snyder Architecture)