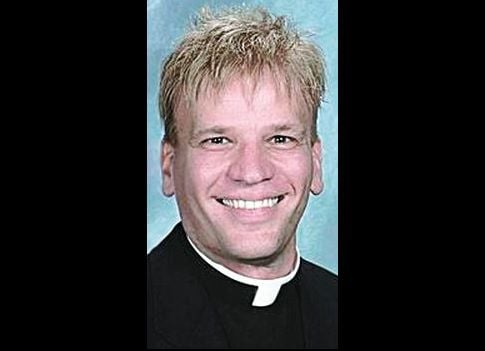 The Rev. Peter J. Karalus has been cleared by Buffalo Diocese Bishop Edward Scharfenberger of improper conduct with a minor and will return as the diocese's vicar general. (Provided photo) 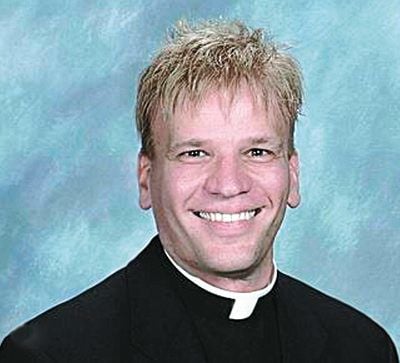 An allegation of sexual misconduct against one of the region’s most high-profile priests led to another shakeup in the Diocese of Buffalo on Saturday.

The Rev. Peter J. Karalus, one of the closest aides to acting Bishop Edward B. Scharfenberger, was placed by the bishop on administrative leave while an independent investigator looks into the allegation made against Karalus, the Buffalo Diocese announced Saturday.

The allegation involves an incident that allegedly took place in 2011 when the man who made the claim was a minor, authorities told The Buffalo News.

In a statement Saturday afternoon, Karalus said, "I emphatically deny and confidently declare as false the allegation that I offered words of inappropriate content to a penitent during the Sacrament of Reconciliation nine years ago. ... I trust and will fully cooperate in the process that will investigate this misplaced allegation. I am confident I will be fully exonerated."

Karalus vehemently denies any wrongdoing, said his attorneys, Rodney Personius and Brian Melber, who said the allegation involves “some words that allegedly were spoken and does not involve any claim that the priest physically touched this individual.”

“The complaint that we received refers only to some words that were allegedly stated by Father Karalus during a confession,” Personius said. “Father Karalus cannot disclose anything that was said during a confession, but says his words must have been either misunderstood or misremembered by the person who made the complaint. Father does not recall the conversation referenced in the complaint but does recall this young man and his family, and he holds them in high regard.”

"To call this a complaint of sexual misconduct, when it only involves words that allegedly were spoken, is grossly misleading," Personius said.

Asked about the attorneys' comments, diocese spokesman Greg Tucker said he was "not in a position to discuss details of the complaint" beyond what was stated in a diocese press release on the matter.

A priest for 22 years, Karalus has skyrocketed in prominence in the Buffalo Diocese since Scharfenberger took control of the diocese, following the resignation last December of Bishop Richard Malone.

As vicar general and moderator of the curia for the diocese, Karalus holds one of the highest positions in the Buffalo Diocese. He has acted as spokesman for the diocese several times in recent weeks, including the recent announcement of job cuts in the diocese.

“Monsignor Salvatore Manganello, currently Judicial Vicar and Pastor of St. Louis Catholic Church, has been appointed Vicar General, and the Reverend Walter J. Szczesny, former Director of Vocations and currently pastor of Our Lady of Peace, Clarence, as temporary Moderator of the Curia,” the diocese said in a statement released Saturday afternoon.

The diocese said an investigation into the claim “will now be conducted by an independent investigator, according to protocols and procedures that the Diocese has established, and the results of that investigation will be referred to the Independent Review Board for further consideration and its recommendation."

The diocese noted that placing a priest on administrative leave "is for the purpose of investigation and does not imply any determination about the truth or falsity of the complaint.”

Citing standard policy, the diocese said the allegation has also been referred to the Erie County district attorney’s office for its review.

One derogatory text message does not prove someone is a racist nor indicate how they really feel about African Americans, an attorney for the window treatment installer argues.

Two men were wounded in a shooting incident Sunday afternoon outside the Allen Burger Venture restaurant.

Brawl outside Chippewa Street bar sends one to hospital

A video of the fight that was posted to social media showed a group of at least a dozen men involved in the brawl.

The Rev. Peter J. Karalus has been cleared by Buffalo Diocese Bishop Edward Scharfenberger of improper conduct with a minor and will return as the diocese's vicar general. (Provided photo)