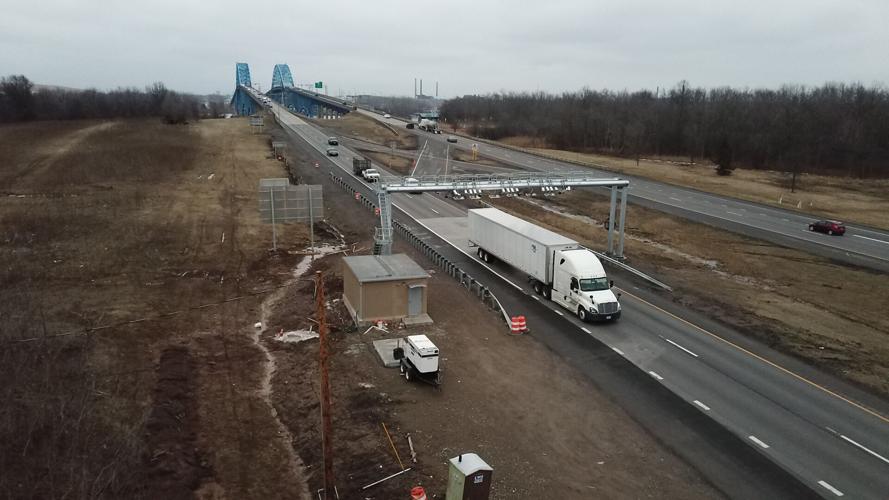 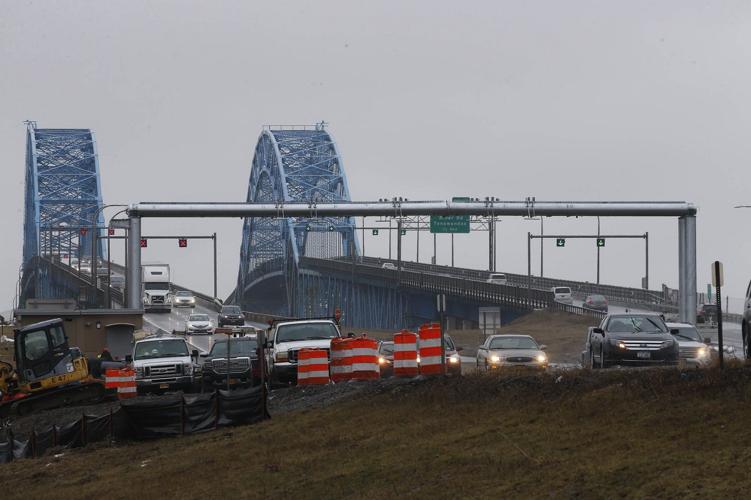 The toll collection system on the I-190 over Grand Island will switch to cashless late Thursday or early Friday. (Derek Gee/News file photo)

Support this work for $1 a month
By Aaron Besecker

Goodbye, slowing down or stopping at the Grand Island tollbooths. And keep your cash in your pocket.

By Friday morning, the switch will have been made to cashless tolling on the I-190 at each end of the island. The planned change was announced in August.

Here are answers to some common questions about what the change means for drivers:

When are things changing?

How does the new system work?

Motorists drive at highway speed beneath an overhead structure that has equipment to scan vehicles and take photographs. The gantries have been constructed at each end of Grand Island.

If you have an E-ZPass, the toll amount gets deducted from your account. If you don't have an E-ZPass, the registered owner of the vehicle will be mailed a bill. The authority encourages motorists to keep their address updated with the state Department of Motor Vehicles. A change of residence is supposed to be reported to the DMV within 10 days.

What changes, if any, will there be to the toll cost?

Toll amounts are not changing, according to the Thruway Authority.

Do I have to sign up for an E-ZPass?

Having an E-ZPass is not required. Drivers who have one get a 5-percent discount on the toll.

Where can I get an E-ZPass?

E-ZPasses will be sold by tollbooth workers on the Grand Island tollbooths up until the switch to cashless tolling is made. E-ZPasses are also sold at a number of local retailers. You can find your nearest retail location online.

Why is this happening?

The state says the new system will save drivers time and traffic congestion will be reduced.

When are the tollbooths coming down?

The areas around the toll plazas will immediately become construction zones once the switch is made to cashless tolling. The speed limit in the construction zones will be 20 mph. The number of lanes for motorists will be reduced and the tollbooths will be removed in phases, with changing traffic patterns. The authority encourages drivers to be alert and slow down in the area.

Here's how traffic will be configured temporarily as the tollbooths are removed:

How do you pay without an E-ZPass?

If you don't have an E-ZPass, payment must be made through the TollsByMail system, including tollsbymailny.com. A driver who travels through the toll without an E-ZPass will get a bill in about 30 days.

What about drivers in vehicles from Canada or out of state who don't have E-ZPass?

The same TollsByMail system will apply. Tags from Florida's SunPass system will not work.

What happens if you don't pay your toll bill?

If the bill is unpaid after 30 days, another bill will be mailed with a $5 late fee tacked on to the amount owed (it's one fee and is not based on the number of transactions). Failure to pay that bill will generate a violation, and the driver will be charged $50 per unpaid toll, according to the authority. A failure to pay the violation may result in the matter being referred to a collection agency.

Ambitious drivers don't have to wait for the bill in the mail. They can go on the website and pay right away by clicking on "I just traveled or plan to travel."

What other parts of the state have cashless tolling?

What's happening to the employees who collect tolls?

Thirty-seven tollbooth workers are being transferred to other area facilities in the authority's Buffalo division.

When was the last time there were tollbooth changes locally?

The state stopped collecting tolls at the former Breckenridge and Ogden toll barriers on the I-190 in October 2006.

What's the plan for the Williamsville and Lackawanna tolls?

The governor has said he wants the entire Thruway system statewide – which includes the Williamsville and Lackawanna toll barriers – to be cashless by sometime in 2020. When that change is made, all tollbooths in the whole ticketed system will switch over at once.

Heralded biology professor Michael Noonan frequently traveled across the world with Canisius College students, filming wildlife and making videos aimed at conserving the natural environment. But Noonan’s actions on one of those trips and on campus – including allegations that he repeatedly sexually harassed female students – are now the focus of a federal lawsuit against the college.

In his first visit to Buffalo since leaving office last August, Andrew M. Cuomo revived a host of themes familiar to his more than 10 years as governor during a Sunday appearance at True Bethel Baptist Church aimed at consoling a grieving community.

The toll collection system on the I-190 over Grand Island will switch to cashless late Thursday or early Friday. (Derek Gee/News file photo) 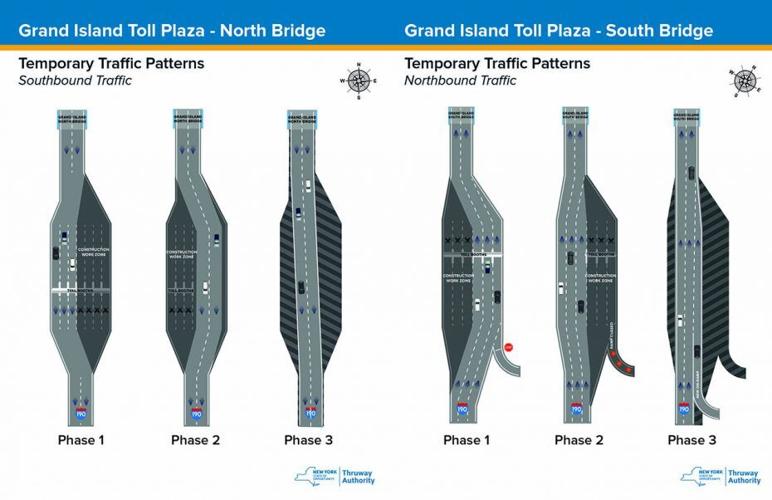