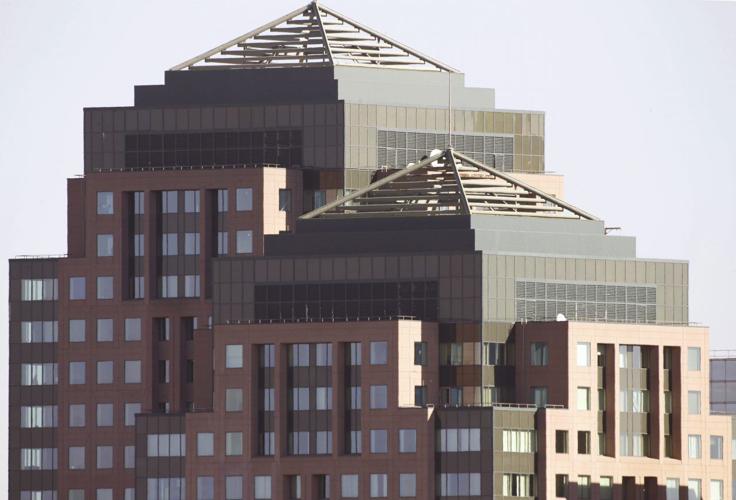 The complex at 40-50 Fountain Plaza in downtown Buffalo is gaining new retail tenants, including a new fitness studio and a restaurant. 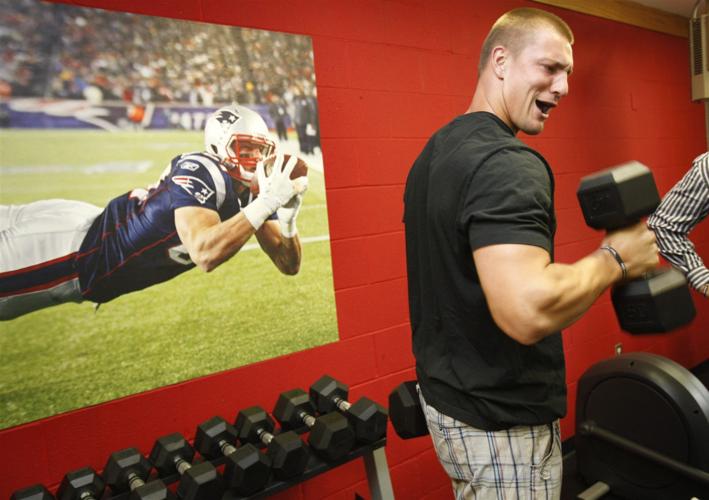 Gronkowski does some curls at the Kids Escaping Drugs Renaissance Campus in West Seneca in July 2012. G&G Fitness, as well as the Gronk Nation Youth Foundation, made big donations for the gym.

A Texas-based chain of fitness centers and personal training studios is coming to Buffalo, bringing its first New York location to Fountain Plaza in partnership with the Gronkowski family's G&G Fitness Companies.

NexGen Fitness Corp. signed a long-term lease with Ciminelli Real Estate Corp. to occupy 3,824 square feet of space in the first-floor lobby at 40-50 Fountain Plaza. It's expected to open in fall 2020.

Unlike a typical gym with shared fitness facilities in a group environment, NexGen Fitness says it offers upscale private personal training suites, with separate equipment and a personal trainer to work with each client. The equipment is not shared, and clients are kept socially distant in separate areas. The company is also introducing its NexGen Recovery, which offers "rejuvenation" through infrared saunas and a salt room.

The Gronkowskis partnered with NexGen founder and CEO Bryan Whatley as co-owners of the new studio, and NexGen will use the equipment sold at 13 G&G Fitness stores in its New York, Pennsylvania and Ohio.

“This is a great opportunity to bring a new fitness concept to the City of Buffalo. We considered a lot of locations for the first NexGen Fitness in New York, but decided that Buffalo was the best place," said Dan Gronkowski. "We love what is happening with its growth and wanted to be a part of the vibrancy in the city. You will definitely see this place as a hot spot when professional teams come into town.”

Ciminelli also recently announced that the owners of Marble & Rye will open their new Flint restaurant by year-end, also in the lobby at 40-50 Fountain Plaza, which is undergoing major renovations that began late last year. Ciminelli is trying to open the buildings to the street and engage the public by adding new retail spaces and over 500 linear feet of glass. The work — which also includes the building's atrium — is expected to be completed later this year.

Ciminelli moved its headquarters to the building in 2018 after its CEO, Paul Ciminelli, acquired majority control of the complex.

The alliance will help Ciminelli with its efforts to expand its brokerage efforts into Southern Ontario markets, including Niagara Falls, Hamilton and Burlington.

This is Ciminelli's third acquisition in Boston, after previous purchases in Northborough and Marlborough, giving the firm 170,000 square feet of office space in the market.

CannonDesign, one of the region’s leading architectural firms, is moving to downtown Buffalo after nearly half a century on Grand Island. The nationally known design firm plans to occupy just under 35,000 square feet of space at 40-50 Fountain Plaza, taking up the entire mezzanine level of the two-building complex, according to an industry source familiar with the move.

Ciminelli Real Estate Corp. has kicked off a major rehab of the first-floor lobby and other public spaces in part of the Fountain Plaza complex in downtown Buffalo, trying to modernize the building and open it up to more pedestrians. The Buffalo-based developer did not say how much it would spend on “significant renovations” to 40-50 Fountain Plaza, formerly

Ciminelli to complete its move downtown in June

Ciminelli Real Estate Corp. next month will complete the previously announced move of its headquarters from its longtime offices in Amherst to Fountain Plaza in Buffalo. As of June 4, the firm will occupy 25,000 square feet on the fifth floor and half of the fourth floor of 50 Fountain Plaza, vacating the space at 350 Essjay Road in

After 30 years in Amherst, Ciminelli Real Estate Corp. is moving its corporate headquarters downtown to Fountain

He’s the most dangerous tight end in the

Dan is quieter, more scholarly and disciplined in virtually all facets of his life. Rob is more free-spirited and fun-loving, the life of the party, the resident goofball. Dan is a good athlete who is trying to solidify an NFL career. Rob is a gifted athlete who left college two years early and is destined for greatness. Dan, 26,

Gronk Nation launched to serve good causes The Gronkowskis wouldn't be where they are right now without pushing each other.

Gordie Gronkowski racked up a ton of frequent flyer miles over the past year. When he wasn’t traveling on business, he was heading to an NFL stadium to watch one of his three sons play. The dilemma was deciding who to see and where he was going to see him. Not an easy choice when one son, Dan, plays

New England, Dallas and Denver were victorious Sunday, marking the first time this season all three NFL teams won on the same day. It wasn’t exactly grounds for a television news crawler, but it made for a great day for the Gronkowski family. The nation’s largest fitness store opened in Tyson’s Corner, Va., a fitting market for a 20,000-square-foot

Gronkowskis have quite a weekend

Gordie Gronkowski set the example long before his boys were born, back when he was a senior at West Seneca West High in 1977. His goal of playing big-time college football was met with one humbling obstruction: His desire exceeded Division I schools’ desire to have him. Gronkowski’s only option was to beg, borrow and, well, steal. He did

The complex at 40-50 Fountain Plaza in downtown Buffalo is gaining new retail tenants, including a new fitness studio and a restaurant.

Gronkowski does some curls at the Kids Escaping Drugs Renaissance Campus in West Seneca in July 2012. G&G Fitness, as well as the Gronk Nation Youth Foundation, made big donations for the gym.