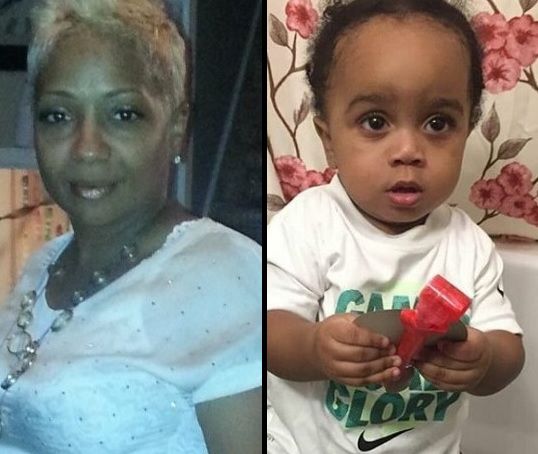 Yvette Johnson had celebrated her 54th birthday and was preparing to move to Atlanta when she and her 17-month-old grandson, Kyrie Johnson, were fatally shot outside her Grape Street home in Buffalo's Fruit Belt neighborhood on July 2, 2018. (Provided photos) 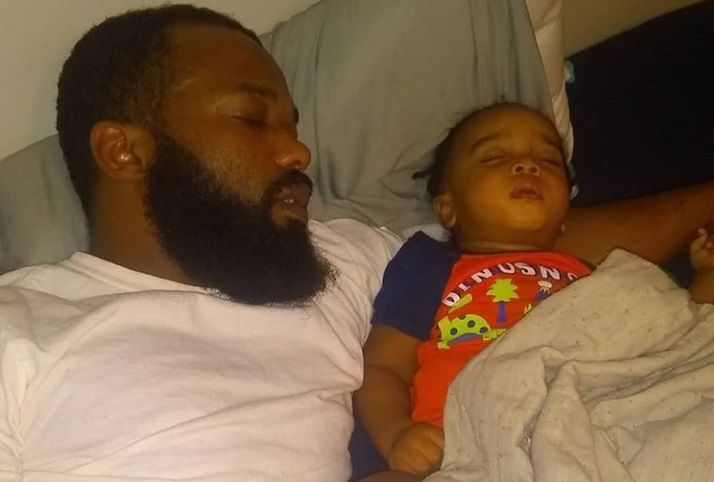 A family photo of Kyrie Johnson with his dad.

A year has come and gone since Yvette Johnson and her 17-month-old grandson, Kyrie Johnson, were fatally shot outside her Grape Street home in Buffalo's Fruit Belt neighborhood.

The ache has never eased for Yvette’s mother, Marlene Works, nor for the rest of the extended family.

"We're dealing. I'll put it like that. We're dealing," Works said in a phone interview from Atlanta, where she was visiting the youngest of her five children, Darren Works.

It still haunts the family that Yvette Johnson was just hours away from leaving Buffalo to start a new life in Atlanta when tragedy struck.

Yvette Johnson and others were on the front porch of her Grape Street home when gunmen opened fire. Yvette and Kyrie were killed. Two other people, including Johnson's son, Devery Johnson – who is Kyrie’s father – were shot. One suspect in the July 2, 2018, shootings was arrested in August. But investigators believe more people were involved and there is $29,000 in reward money available for information leading to their arrests.

Yvette Johnson was to have headed to Darren Works' Atlanta home the next day after having celebrated her 54th birthday with family at Martin Luther King Jr. Park on July 2.

"She was moving to Georgia to be with me," Works said of his sister.

"She was coming down here to be a correctional officer at Dooly Correctional Facility, and she was probably about 11 hours away from getting in the vehicle with me and leaving. She had everything packed," he added.

Yvette Johnson was the second-oldest of Marlene Works' five children – three boys and two girls. She is mournful that her daughter narrowly missed her opportunity to move on to the next chapter of her life.

"She was looking forward to a better life," Marlene Works said.

It's not that Yvette Johnson – a mother of three adult sons and grandmother of six – was unhappy in her hometown. She just was not finding the kind of employment opportunities she yearned for here, her mother said. Yvette Johnson's dream job was to be a registered nurse. She had degrees from Bryant and Stratton and the University at Buffalo, her mother said.

"I remember when she was a little girl, she used to say, 'I just want to be a nurse, Mama.'" Marlene Works recalled.

She worked hard, her mother said, up to 14-hour days. She most recently supervised a group home for the Buffalo Federation of Neighborhood Centers, where she dispensed prescribed medications and prepared meals for the residents.

"She was always the peacemaker. At the girls group home, which she worked at, Yvette had gotten so much under her belt that she was actually allowed to take the young ladies into court and ... into different homes and things," said Marlene Works

Yvette Johnson also took care of her extended family. As a young married mother, she took in her youngest brother, Darren, when he was 17 and having conflicts at home. There was five years' difference between them, but Darren Works said he remained very close to his sister, even after he moved to Atlanta.

She provided care and comfort to a younger brother, Tommy, who eventually succumbed to cancer 11 years ago. She also nursed her mother through cancer. Marlene Works said her daughter was also dedicated to her eldest son, who had ongoing medical problems.

She was happy about her daughter's impending move, even though they lived just blocks away from each other in Buffalo. She recalled their last exchange outside her house as her daughter headed home following the birthday celebration.

"That's the last thing I heard out of her mouth: 'I love you more," the still grief-stricken mother added, her voice quivering.

"Then the phone rings 10 minutes later, and my daughter-in-law was saying, 'Nene' – that's me – 'get up to Vette's house.' I thought her sons might have been arguing or something. She said, 'They're shooting up here; they shot her,'" Marlene Works said

"And when I got there, the ambulance was gone with her.," she continued. "And when I got to the hospital, I said, 'How's my girl doing?' They said, ' She didn't have a wallet with her; we don't even know who she is.' And I said, 'It's my daughter; I'm sure it's her.' And they asked, ' Did she have any marks or tattoos?' I said, 'She had one on her shoulder with the word mom on it.' Then they said, 'She's gone.' I said, 'You're not working on her?' They said, 'She was gone when she hit the ground, ma'am.'"

Yvette Johnson had celebrated her 54th birthday and was preparing to move to Atlanta when she and her 17-month-old grandson, Kyrie Johnson, were fatally shot outside her Grape Street home in Buffalo's Fruit Belt neighborhood on July 2, 2018. (Provided photos)

A family photo of Kyrie Johnson with his dad.