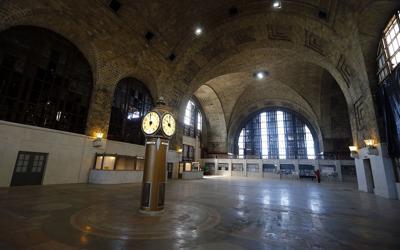 The dozens of developers, architects and potential tenants who recently walked through the Central Terminal came away with a better sense of one element that will be needed to redevelop the East Side art deco landmark: teamwork.

Like many present, architect Marc Mondor looks to have a role with others to tackle the 17-story, 523,000-square-foot site.

"I'd like to think we could make a good team member to somebody here," said Mondor, co-founder of evolveEA, a green building and sustainability design firm based in Pittsburgh.

"It seems to really be living up to the hype," Mondor said. "As we say, it has good bones and is visually striking, with the potential to be a regional if not a national destination if done properly."

Mondor and 64 others toured the arch-roofed passenger concourse and made stops outside the four-story Mail and Baggage Building, including down into the 300-space underground parking garage and onto the sprawling lawn. Central Terminal officials organized the tour to provide a sense of the scale of the colossal-sized property and stimulate ideas for reuse. Those in attendance were responding to an "expression of interest" solicitation from the Central Terminal Restoration Corp. and the City of Buffalo in late July, with responses due Sept. 30.

"The gravity of it is immense," said Neil Meyer, an architect at Foit-Albert Associates, after seeing parts of the complex that had been off-limits before.

Meyer said his firm was there "to see what it was all about," but he said it was too early to say if they might seek a role in the Central Terminal's redevelopment.

"I'd just really like something to happen because it is just a magnificent – in the true sense of the word – building," he said.

Tye Pope, vice president of housing at Best Self Behavioral Health, is interested in possibly teaming up with a developer to provide supportive or affordable housing in the Baggage Building.

Tom Mancuso of the Mancuso Business Development Group, based in Batavia, also sees great potential in that space.

"I think the Baggage Building is underappreciated," Mancuso said. "It seems like a natural place for artisanal manufacturing and small local businesses. You could also do like in the old days, where the shopkeeper lived over the shop."

Mancuso, whose company helps companies adaptively reuse buildings for businesses, said an "integrated, holistic plan" will be needed for the Central Terminal's redevelopment to be successful. He felt the Central Terminal Restoration Corp. recognizes that.

Monica Simmons, a structural engineer, said her company, Simpson, Gumpertz and Heger, is teaming with an architectural firm.

She called the prospect of renovating the 93-year-old Central Terminal and bringing it back to life "a structural engineer's dream."

"It's a historic system we work with pretty frequently, and it can be done," Simmons said.

There has been considerable momentum with the Central Terminal, which opened in 1929, four months before the Great Depression started. The station, located almost three miles from downtown, was designed by Alfred Fellheimer and Steward Wagner and equipped to handle 200 trains daily. It closed in 1979 after 50 years of operation.

Gov. Kathy Hochul in the spring announced $61 million for improvements – $54 million from the state, plus $7 million from philanthropies and the City of Buffalo. It was the first financial commitment of that magnitude to secure the Central Terminal's future since trains stopped running there.

The cost to restore the Central Terminal was estimated in a master plan completed last year at between $276.5 million and $296.5 million. But the state's commitment is seen as a catalyst and invitation to developers to jump in.

A $10 million state grant was also awarded this year for the Broadway-Fillmore neighborhood, with some funds going to the Central Terminal.

"It's a pretty complex project, for sure," said Dan Buchanan, an architect with Carmina Wood Design, as he looked around a space where a long wraparound restaurant counter once stood. "But look at the amount of people here today. It shows that there is huge interest in this building, and in this community."

Among the 13 developers present on the tour last week were firms from Madison, Wisc., and Richmond, Va.

"We thought it was a giant success," Faix said. "There was great energy and enthusiasm, and the biggest key that it went well is that people didn't want to leave."

The walk-through wasn't mandatory, and some local developers who were noticeable in their absence have toured the site in the past. But requirements imposed for projects that use public money can also be seen by some developers as too stringent and could have dampened the interest of some.

The Central Terminal Restoration Corp. acquired the abandoned property in 1997 for $1, and it is offering a long-term lease or joint partnership while retaining ownership.

Finalists will be chosen in November to submit a formal request for proposals, which is expected to lead to the selection of a developer by mid-2023, Faix said.

Lisa Hicks, the city's director of development, told those assembled that the redevelopment of the Central Terminal is seen as a linchpin in a larger strategy of investing in Broadway-Fillmore to create new housing, businesses and workforce opportunities, and equitable wealth-building. The area is marked by poverty but has seen an influx of immigrants, particularly Bangladeshis, who have renovated houses and opened businesses.

The city has committed to fixing Paderewski Drive, where the road through a roundabout meets the Central Terminal, and Curtiss Street, which runs through the property. The city is looking to sell its 16 acres on the grounds, including the three-story U.S. Terminal Railway Post Office Building and two-story Railway Express Agency Building, which has 36 bays with load-in platforms.

Both buildings have potential for workforce training and light manufacturing, Faix said.

"New York is defined by its diverse culture and history, and we will continue efforts to keep our state's inspiring story alive," Gov. Kathy Hochul said.

"With this fund, we are taking steps to address decades of neglect in East Buffalo and standing by our commitment to doing right by this community," Hochul said in a statement Monday.

Developer sought for Central Terminal: 'This is the right time'

If all goes as planned, the Central Terminal – Buffalo's last remaining architectural giant not in use – could have a plan by this time next year and a developer to pursue it.

State officials say the $225 million – $185 million from the state, with $41 from philanthropies and $9 million from the City of Buffalo – will follow a planned, step-by-step approach that began several years ago. Those on the giving and receiving ends point to signs the public funds will be well spent.

The Central Terminal – Buffalo's last major architectural jewel still to be restored – will benefit from the biggest investment toward its revival since the last Amtrak train left the 17-story art deco station in 1979. Gov. Kathy Hochul said that $61 million will be spent on the grand concourse, the exterior of the tower building and the grounds.

The plan foresees the Central Terminal's future as a vibrant destination with economic and social benefits to the Broadway-Fillmore neighborhood and the wider East Side. 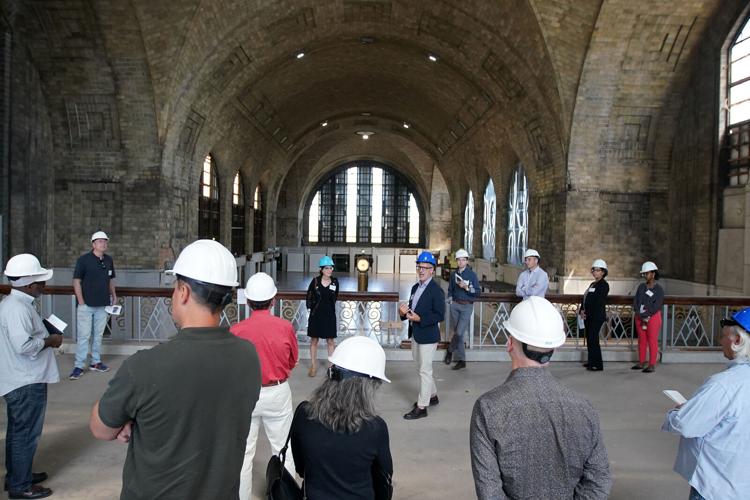 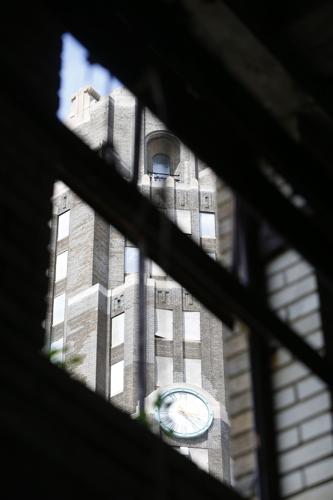 Looking toward the Central Terminal tower from the baggage building. 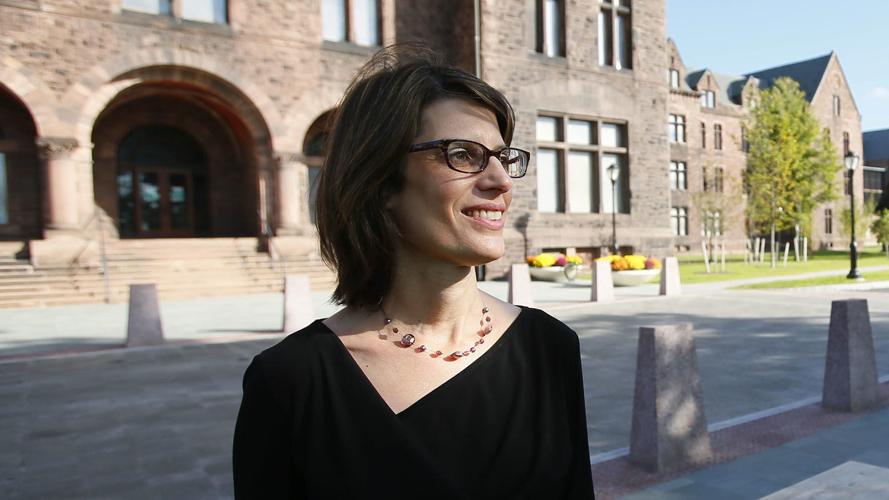 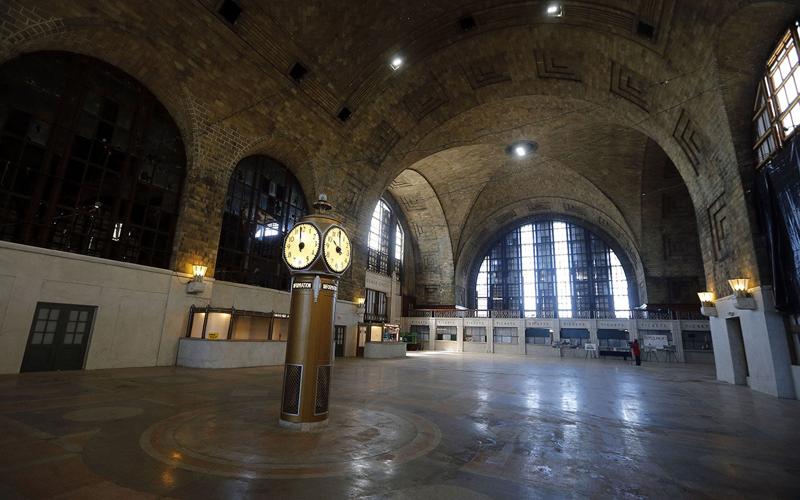 A rendering of the master plan for the Central Terminal completed in 2021.