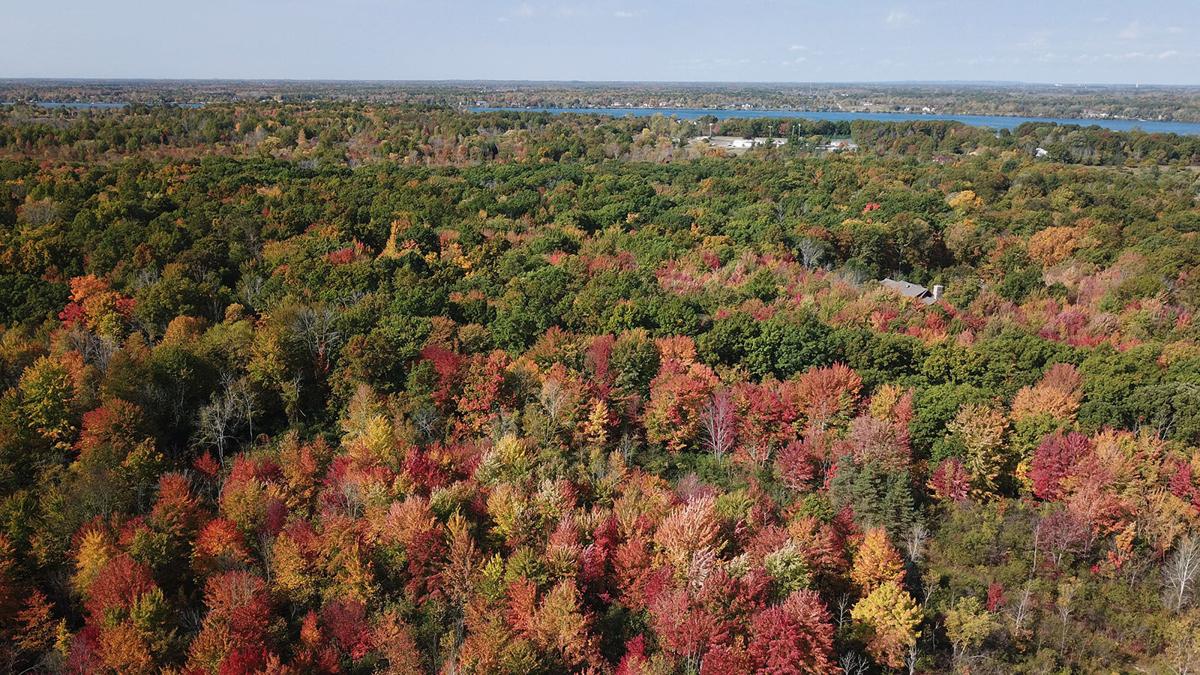 The Margery Gallogly Nature Sanctuary, a 145-acre hickory and oak forest,  is open for hiking and in the winter, snowshoeing and cross-country skiing. 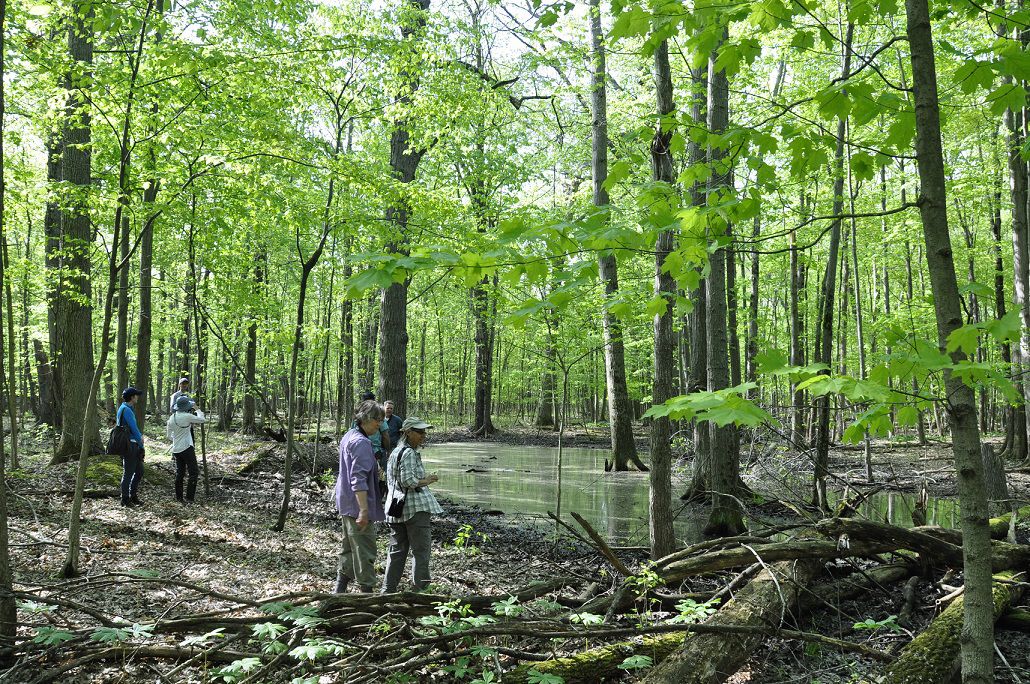 Conservationists explore a section of Assumption Cemetery that has been turned into a nature preserve.

Publicly accessible trails are now open at a nature preserve in Grand Island.

The Margery Gallogly Nature Sanctuary, a 145-acre hickory and oak forest, had been closed for construction since 2018, when the land was purchased by the Western New York Land Conservancy. The public can gain entrance by entering Assumption Cemetery on Whitehaven Road and looking for the trail in the southwestern corner of the cemetery.

The Land Conservancy bought the land from Catholic Cemeteries of the Roman Catholic Diocese, which still owns the cemetery. The forest is open for hiking and in the winter, snowshoeing and cross-country skiing.

The large, wooded wetlands provide a haven for migratory songbirds as well as native plants and animals. The Land Conservancy will begin controlling invasive shrubs, like buckthorn, at the sanctuary this fall.

"We are thrilled that Western New Yorkers of all ages and backgrounds can now enjoy this marvelous wetland forest, one of Grand Island’s most ecologically significant treasures, for generations to come,” Kasey DeLuke said in a statement for the Gallogly Family Foundation, which was instrumental in making the preserve possible.

The 144-acre section of Assumption Cemetery is one of the biggest forests in the Niagara River ecosystem. Much of the property is wetlands.

The Western New York Land Conservancy has received $35,000 from New York state to support the creation of the Margery Gallogly Nature Sanctuary. The sanctuary is a 140-acre forested wetland surrounding Assumption Cemetery on Grand Island near the Niagara River. The conservatory is finalizing the purchase of the property from Catholic Charities, and plans to seek community input for

The Western New York Land Conservancy’s plan to construct a linear nature park through Buffalo’s First Ward and Valley neighborhoods got a big boost. A portion of $85,000 received in a pair of grants to the land conservancy from the state Department of Environmental Conservation and the Land Trust Alliance will help to fund a community-driven design competition, the

The Western New York Land Conservancy has obtained $768,000 in grants to purchase a 140-acre forest surrounding Assumption Cemetery on Grand Island and it is seeking to raise an additional $600,000 from the public for walking trails, habitat restoration and maintenance of the preserve. The Niagara River Greenway provided a $568,000 grant and an additional $200,000 was given by

The Margery Gallogly Nature Sanctuary, a 145-acre hickory and oak forest,  is open for hiking and in the winter, snowshoeing and cross-country skiing.

Conservationists explore a section of Assumption Cemetery that has been turned into a nature preserve.