The owner of a popular Williamsville restaurant has won approval for his expansion plans following months of debate over whether the project fits the historic character of its building and the surrounding neighborhood.

The village Historic Preservation Commission last week voted to grant a certificate of appropriateness to Joel Schreck, who had raised the prospect of going out of business if he couldn't add onto his Share Kitchen and Bar Room.

Schreck sought to enclose the outdoor tables along one side of the Main Street restaurant and set out new patio seating on the roof of this addition.

But some commission members had raised concerns the project would infringe on the two-story building, a local historic landmark, and on views of the neighboring Williamsville Water Mill.

Schreck grew frustrated at the delay in winning approval and rallied public support for the project, posting an online petition that drew nearly 1,800 signatures.

Last month, his attorney and architect submitted revised plans that, commission members agreed, are more compatible with his building.

"While it didn’t seem like the ideal way for us to get here, we are thankful that we were able to make adjustments that will work well for both the Village of Williamsville and Share," he wrote on Facebook following the commission meeting.

Schreck opened Share in 2016 at the corner of Main and East Spring streets in space that previously hosted Sweet Jenny's, Coffee Culture Café & Eatery and BillyBar.

The dinner-only restaurant can serve up to 70 patrons inside, along with 25 to 28 seats outside used mainly from early June to early September.

In 2017, he submitted plans to build a metal awning along East Spring, from which he would drape plastic sheeting to allow for comfortable outdoor dining into the spring and fall. The plan stalled at the Historic Preservation Commission.

Schreck introduced a similar proposal about three years ago but the Covid-19 pandemic interfered.

Earlier this year, Schreck proposed building a one-story addition along East Spring Street, making the 25 or so outdoor seats part of the dining room, and adding a comparable number of seats on a new rooftop patio.

The Commission gave a chilly reception to the plan. Members feared the effect on the building, which was constructed in the late 1800s and restored and updated over time. It was named a village local landmark in 2014, necessitating commission review of the addition.

The owner of Share Kitchen & Bar Room wants to enclose outdoor tables along one side of the restaurant and set out patio seating on the roof of this addition.

The debate over how to balance the interests of historic preservation and of the business owner played out at village meetings, on social media and in the pages of the Amherst Bee weekly newspaper.

Schreck in late summer said he likely would close by January if he couldn't get permission for the project meant to provide badly needed additional revenue.

A meeting this fall among Schreck; his attorney, Sean Hopkins; his architect, Dave Sutton; and Mary Lowther, a village trustee and former chair of the Historic Preservation Commission, helped bridge the divide between opponents and proponents of the expansion.

Then, at the Oct. 25 commission meeting, Hopkins and Sutton presented revised plans intended to minimize the effect of the project on the building's exterior appearance.

Under the previous plan, for example, the rooftop patio sits higher on the first-floor addition and is lined with a railing. In the revised plan, the height of the addition is lowered and the patio has a transparent wall instead.

An opaque, waist-high wall that was proposed along the base of the first-floor addition is now replaced by a fully transparent, floor-to-ceiling wall running around the ground-level seating.

Schreck and Sutton made those and other changes to address the concerns of commission members, who at their October meeting sounded receptive to the revised plan.

At last Tuesday's meeting, commission members did ask why Schreck didn't just rent the second floor and expand his dining section there. Sutton said code requirements made that cost prohibitive for Schreck.

"For me, you hit all the boxes," chairwoman Kate Waterman-Kulpa said Tuesday. "I mean, this plan has definitely evolved. And, I think, with the modifications from October to now, it's exactly what I was hoping the project could be."

Sutton said Schreck, who did not return a message Sunday, hoped to begin work in the spring after building permits are obtained.

The lengthy review period was "painful" but, Sutton said, "I think that this process has made a better end result, without a doubt."

The intense historic preservation debate in Williamsville isn't over yet, however. The village is considering whether to create a Water Mill Historic District near Glen Park and the Water Mill complex that dates to the early 1800s.

Following two contentious public hearings, in September and October, the Historic Preservation Commission voted to nominate 13 properties on Main, East Spring and Rock streets for the district. The recommended properties include Share's building.

Numerous members of the public spoke out in opposition to the creation of the district, but Waterman-Kulpa and other commission members said there's value in protecting the village's historic character.

The Village Board has final say on establishing the district. The Board will hold a public hearing on the proposed district at 7:30 p.m. Monday in Village Hall.

Buying a new ornament for the Christmas tree every year is a nice way to commemorate special moments.

UAE farmers use technology to grow crops in the desert

Chinese tourists can now travel to up 20 countries

Chinese tourists can now travel to up 20 countries 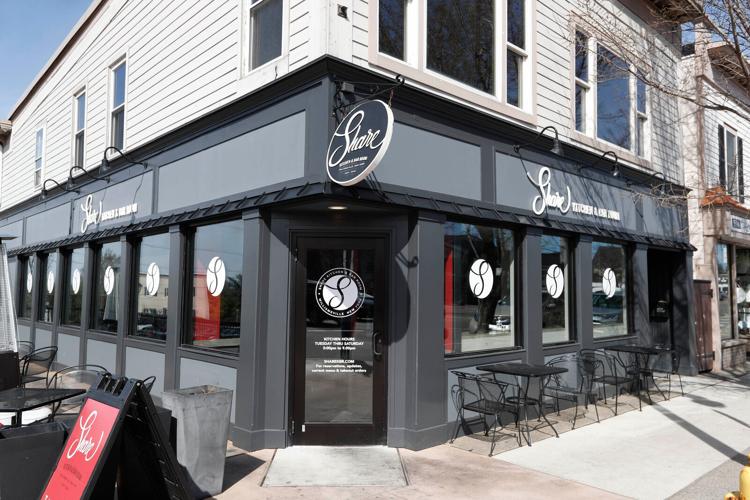 Share Kitchen and Bar Room owner Joel Schreck shared this rendering of his revised expansion plan in a Facebook post celebrating the Village of Williamsville's recent approval of the project. 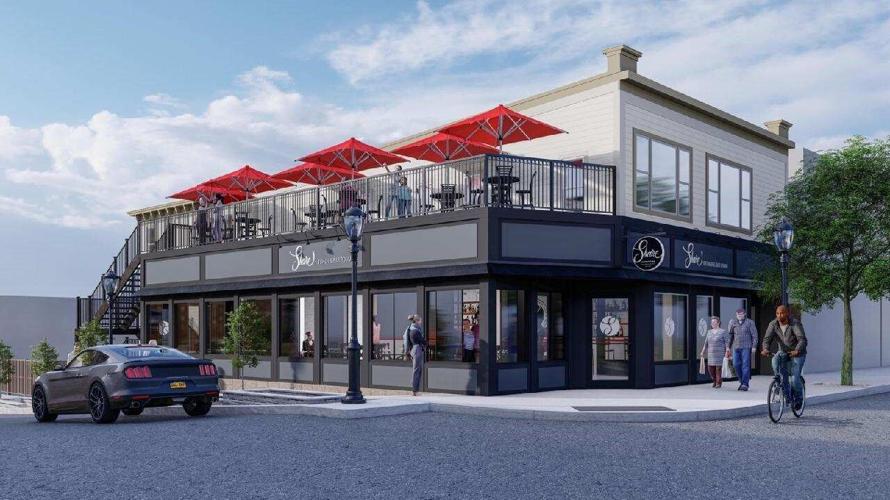 This rendering shows the initial proposed expansion of Share Kitchen and Bar Room, 5590 Main St. in Williamsville. Owner Joel Schreck made modifications to this plan to address concerns of the Williamsville Historic Preservation Commission, which gave its approval last Tuesday.