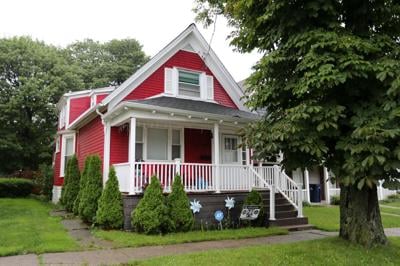 Buffalo police investigated a complaint in 2018 that a man was suspected of dealing drugs from the Fruit Belt house of Democratic mayoral nominee India B. Walton, according to police reports and Walton's former landlord.

The owner of the house said he forced Walton to leave after confronting her about complaints of a constant flow of people in and out of the Lemon Street house that led the landlord and a neighbor to believe that drugs were being sold there. The man, according to court records, was released three years earlier from prison for selling cocaine.

Neither Walton nor the man were charged, and police reports obtained by The Buffalo News do not indicate that police had proof of drugs being sold in Walton’s home.

"Absolutely not," Walton said Monday of the accusation that drugs were being sold out of the house she shared with three of her sons. She added: “I would never risk my children’s lives, my freedom or my license as a registered nurse."

Walton said the frequency of visitors in and out of her house at the time was due to her teenage sons, who were allowed to have visitors, and an "open house" policy that allowed friends to come and go.

Walton, a registered nurse who ran a Fruit Belt nonprofit, won national attention by defeating Mayor Byron Brown by 1,049 votes in the Democratic primary in June, her first run for public office. Brown is waging a write-in campaign against Walton in the Nov. 2 general election, in which policing and the city’s economic inequity are expected to be central themes.

Police reports obtained by The News show that officers in the fall of 2018 followed up on an allegation that a man who drove a red Porsche had sold drugs at the single-family home at 183 Lemon St. that Walton rented.

“Landlord at 183 Lemon did inform me he did inform his female tenant that if she didn’t kick out her boyfriend for dealing drugs there, he would evict her. She did refuse and was then evicted. Boyfriend is the driver of red Porsche,” an officer wrote in an Oct. 30, 2018, report.

The News obtained the police reports and contacted the landlord after learning of the complaints about the Lemon Street house from a city resident.

The police reports do not mention Walton or the boyfriend by name, but two police sources identified him as Anson C. Whitted.

Whitted is a former Dutchess County resident who settled in the Buffalo area after he was released in 2015 from state prison. Public records show he spent more than a dozen years over two separate stints in prison for selling cocaine, assault and possession of a weapon. In 2019, Buffalo police alleged he led officers on a chase in a red Porsche before crashing the SUV after a traffic stop.

In an interview with The Buffalo News, Walton said she was aware that he was a felon but did not know the details of the convictions. She explained that his criminal record was holding him back from advancing in the work world and she was trying to help him overcome his past.

She described Whitted as a friend. She said he never lived with her but acknowledged he would sometimes stay at the house.

"I was trying to help him get his life in order," Walton said. "He was working at a minimum wage job."

She said she left the rental house on her own after the landlord had confronted her about the complaints. She said she was unaware that he had gone to the police with his concerns.

Walton said she believed the landlord's motives centered on retribution for her public stand against gentrification of the Fruit Belt.

"I'm an honest person and I want to do what's right," Walton said, noting she has had the experience of being a Black woman who is "attacked because of who I am and how I look and what I stand for."

The former landlord, who did not want his name included in the story because he feared retribution, said a Lemon Street resident contacted him to complain about suspected drug dealing. He said he never saw drugs or drug dealing, but said he followed up on the complaint by watching the house for 30 minutes. During that time, he said, there were multiple people pulling up and running inside and leaving quickly.

“There was this lady next door. She was calling me, ‘Hey, do you know what is going on? She has a new dude with her and he is dealing out of the house.’ She said it was at all hours, day and night, people are pulling up to the house,” the landlord said.

He said Walton confirmed to him in 2018 that the man had moved into the house – a point that Walton disputes. The landlord said he tried several times unsuccessfully to convince her to put a stop to the activity.

The landlord said he forced Walton to move out that fall.

Police reports show officers made note of the red Porsche at least three times in connection with the landlord’s complaint.

In an October 2018 police report, an officer wrote that he had spotted the red 2006 Porsche parked on Rhode Island Street, where the officer said former tenants of 183 Lemon were believed to have moved. Weeks later, the officer wrote that the red Porsche was spotted parked on Rhode Island Street again. He said the car was registered to Kylette Whitted, who told The News she is Anson Whitted’s wife.

Nearly a year later, on Sept. 8, 2019, Whitted was stopped by Buffalo police while he was driving the red Porsche with the same license plate, according to a police report. Police smelled marijuana coming from the car when it pulled over at Chippewa and Ellicott streets. Officers obtained identification from Whitted and his passenger. But Whitted then took off in the car and refused to pull over as police pursued him. He crashed the vehicle on Maple Street, according to the police report. It is not clear whether the incident led to charges.

In a brief interview with The News on Monday, Whitted denied living at the Lemon Street house or selling drugs from it.

The neighbor who complained to the Lemon Street landlord told The News she suspected drug dealing was taking place at Walton’s residence because of the constant flow of people in and out of the house.

Walton did not disagree that her residence was noisy and that there was unrest. She attributed that to the breaking up of her marriage.

“After my husband left,” Walton said, “things were very peaceful."

Not everyone had negative comments.

Steven Mackey, who operates an automotive repair garage across the street from 183 Lemon St., said he never witnessed suspicious activity at Walton's home. "There were no drug activities by her. She had her children and worked as a nurse," Mackey said. "I fixed her car a few times."

Another woman who said she has lived on the block for years criticized The News for investigating the complaints about Walton’s residence.

When he was 18, Whitted was one of four young Dutchess County men charged with criminal possession of a weapon after three loaded handguns were found during a traffic stop in the Town of Newburgh, the Poughkeepsie Journal reported Oct. 14, 1999.

Three months later, in January 2000, Peekskill police charged Whitted with second-degree attempted murder after he was accused of shooting a man during a dispute over a girl, the Poughkeepsie Journal reported Jan. 18, 2000. Whitted was sentenced in Westchester County in 2001 to seven years in state prison after he pleaded guilty to assault and criminal possession of a weapon in the case, records show. He was discharged onto parole on Jan. 26, 2007.

A year later, Whitted was sentenced in Orange County to six years in state prison after he pleaded guilty to criminal sale and possession of controlled substances. He was released from prison Sept. 24, 2015. According to a federal appeal that Whitted filed, the drug case stemmed from his arrest May 4, 2007, after he allegedly sold cocaine to a confidential police informant in Newburgh as police officers watched from a nearby car.

In addition to the case involving the pursuit from Chippewa Street, Whitted has been involved in other police and court cases in the Buffalo area.

In 2018, Buffalo police stopped a car Whitted was driving after they alleged he failed to stop at a stop sign. A small amount of marijuana was found in his possession. Police charged him with possession of marijuana, a violation, and several traffic infractions.

Buffalo police charged Whitted with forcible touching on Aug. 20, 2020, after he was accused of rubbing his genitals on a woman’s back at a convenience store in Buffalo. The misdemeanor case is still pending. He is due back in court Aug. 9.

In a recently closed campaign reporting period, Walton, a political newcomer and democratic socialist, raised an average of $6,000 per day in a 33-day period, most of it after her June primary win.

BUFFALO, N.Y. (AP) — If a majority of voters, along with the four-term incumbent, mostly ignored political newcomer India Walton’s campaign for mayor during the Democratic primary, they’re paying attention now. 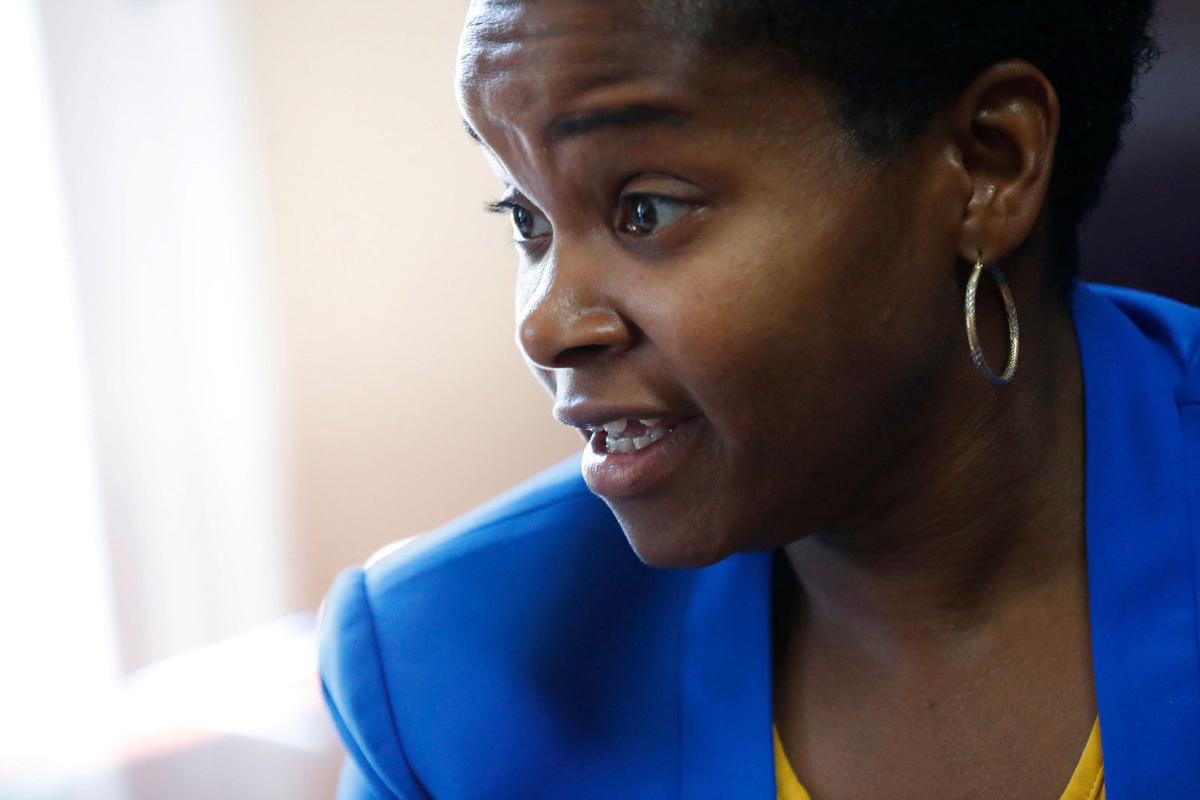 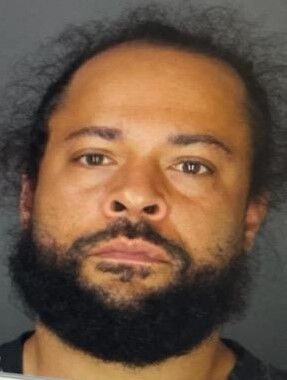 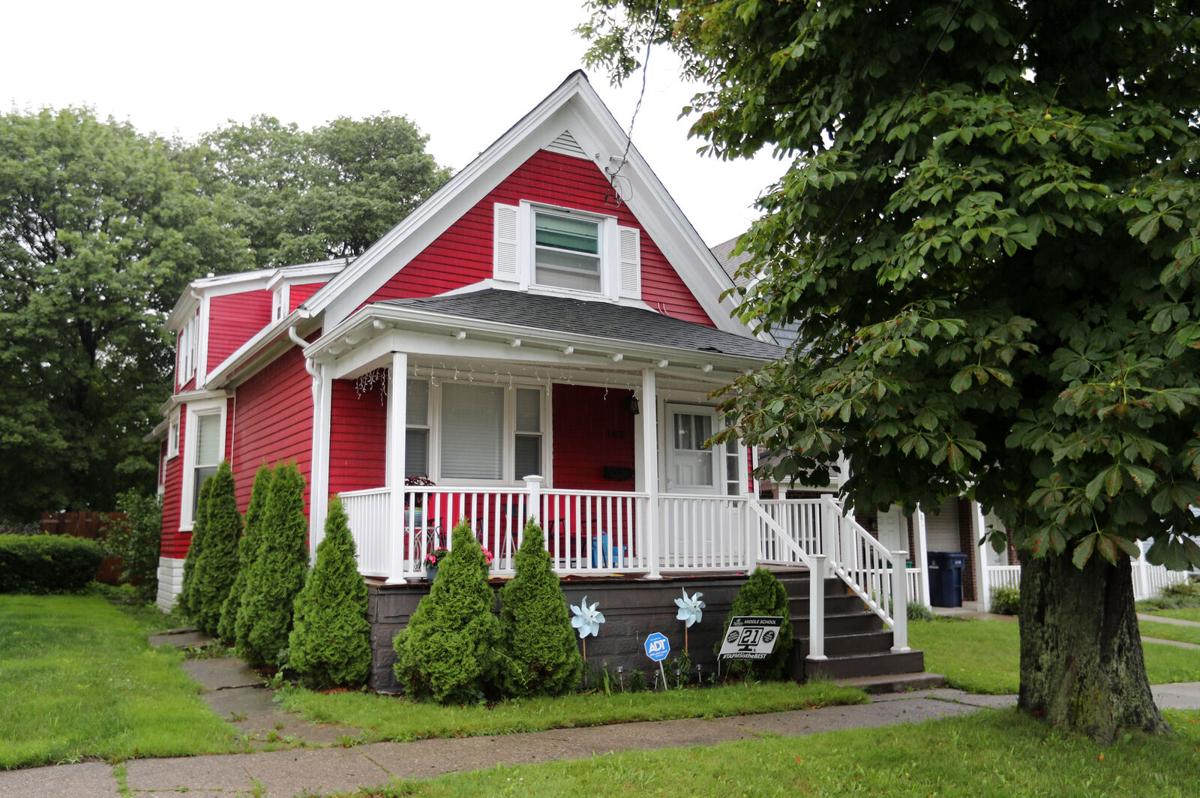 A view of 183 Lemon St. in Buffalo, a house where Democratic mayoral nominee India B. Walton lived in 2018.