India Walton is poised to be something America hasn't seen in more than 60 years: a socialist mayor of a big-league city.

And she's quite obviously proud of it.

Asked whether she considers herself a socialist, Walton – who defeated four-term Mayor Byron W. Brown in a stunning Democratic primary upset – said Tuesday: "Oh, absolutely! The entire intent of this campaign is to draw down power and resources to the ground level into the hands of the people."

Walton added: "I'm just excited to be a part of this movement that is ushering progressive politics into Buffalo. Being the third poorest midsize city in this country, we should be considering how we begin to eradicate concentrated poverty and disadvantage, and democratic socialist leanings are a big step in getting us there."

But what is democratic socialism, anyway? In essence, it's an effort to combine democracy with government control of major sectors of the economy, all in an effort to redistribute wealth and eradicate poverty.

The Democratic Socialists of America – who endorsed Walton's upstart campaign – spells out its vision on its website.

"We want to collectively own the key economic drivers that dominate our lives, such as energy production and transportation," the group says. "We want the multiracial working class united in solidarity instead of divided by fear. We want to win 'radical' reforms like single-payer Medicare for All, defunding the police/refunding communities, the Green New Deal, and more as a transition to a freer, more just life."

Just as clearly, the Democratic Socialists try to spell out what they are not. To be specific, they are not communists as defined by Karl Marx and redefined by tyrants like the Soviet Union's Joseph Stalin and China's Mao Zedong.

"Our vision pushes further than historic social democracy and leaves behind authoritarian visions of socialism in the dustbin of history," the Democratic Socialists website says. "We want a democracy that creates space for us all to flourish not just survive and answers the fundamental questions of our lives with the input of all."

Democratic socialism existed as a modest force in American politics in the first half of the 20th century, only to fade during the Cold War between the U.S. and the Soviet Union.

Lately, though, it's been on the upswing. It all started with Sen. Bernie Sanders of Vermont and his 2016 presidential campaign, which inspired a generation of young activists –  Walton included – to push the Democratic Party to the left.

And Sanders, over the years, has defined socialism in his own words very much as the democratic socialists do.

"We must take the next step forward and guarantee every man, woman and child in our country basic economic rights – the right to quality health care, the right to as much education as one needs to succeed in our society, the right to a good job that pays a living wage, the right to affordable housing, the right to a secure retirement and the right to live in a clean environment," Sanders said in a speech during his second presidential campaign in 2019. "We must recognize that in the 21st century, in the wealthiest country in the history of the world, economic rights are human rights. That is what I mean by democratic socialism."

In his early years in politics, though, Sanders tried to disassociate himself from socialism, fearing that people might think he was a card-carrying, freedom-hating communist.

Shortly after his election as mayor of Burlington, Vt., in 1981, he told the Boston Globe: “I’ve stayed away from calling myself a socialist because I did not want to spend half my life explaining that I did not believe in the Soviet Union or in concentration camps.”

Sanders has been more comfortable with describing himself as a democratic socialist in recent years, as have his acolytes, such as Rep. Alexandria Ocasio-Cortez of the Bronx, a progressive icon who called Walton to congratulate her on Tuesday night.

India Walton gets a shoutout from Rep. Alexandria Ocasio-Cortez

The congresswoman from the Bronx who won election in 2018 and has since become synonymous with progressive politics in the United States congratulated Walton for her seeming victory in Tuesday's Democratic mayoral primary.

Like Sanders, Ocasio-Cortez models her politics on the democratic socialism of Scandinavia, where taxes are high but poverty is not, where government programs are robust and health care is more of a right than a big expense.

"We're talking about single-payer health care that has already been successful in many different models, from Finland to Canada to the UK,” Ocasio-Cortez told Business Insider in 2019.

Of course, Walton will not be able to impose singer-payer health care as mayor of Buffalo.

So what will she be able to do? Perhaps Sanders provides a template.

As mayor of Burlington, he didn't try to redistribute money to the city's poor. Instead, according to a 2015 New York Times story, he rebuilt the city's crumbling streets and worked with developers to bolster downtown.

The last socialist mayor of a large American city – Frank Zeidler, mayor of Milwaukee from 1948 to 1960 – similarly focused on improving the city's services and infrastructure, according to his obituary in the Milwaukee Journal-Sentinel.

So far, Walton has spelled out different priorities. She has talked about redistributing the city's vacant land and providing financing and grants that will allow people to buy homes at below market value. She's also talked about redistributing funds to better serve the city's poorest schools, as well as removing police from mental health calls and bolstering youth employment programs.

Also in her comments Tuesday night, she made clear what she will not do. She will not get cozy with big business.

To hear her tell it, America and the City of Buffalo have long practiced a version of socialism that she abhors.

"You know we're perfectly fine with socialism for the rich. We will bail out Wall Street and banks and give a billion dollars in tax incentives to one of the richest people in the world to build an empty Tesla factory in South Buffalo," she said.

Her brand of socialism, in contrast, is all about "providing the resources that working families need to thrive."

With that point in mind, she added: "I'm very proud to be a Democratic socialist."

The Editorial Board: How did a longtime political pro like Brown lose to a novice who is largely unknown?

"How did a four-term mayor with decades of political experience and a strong record fall to an upstart candidate that few people even heard of a year ago?"

6 priorities India Walton outlined in her campaign for Buffalo mayor

Where does India B. Walton stand on the issues as she prepares to become Buffalo's next mayor?

India Walton spoke to The News' Editorial Board on June 3, 2021. Listen to audio clips of her interview on various topics. 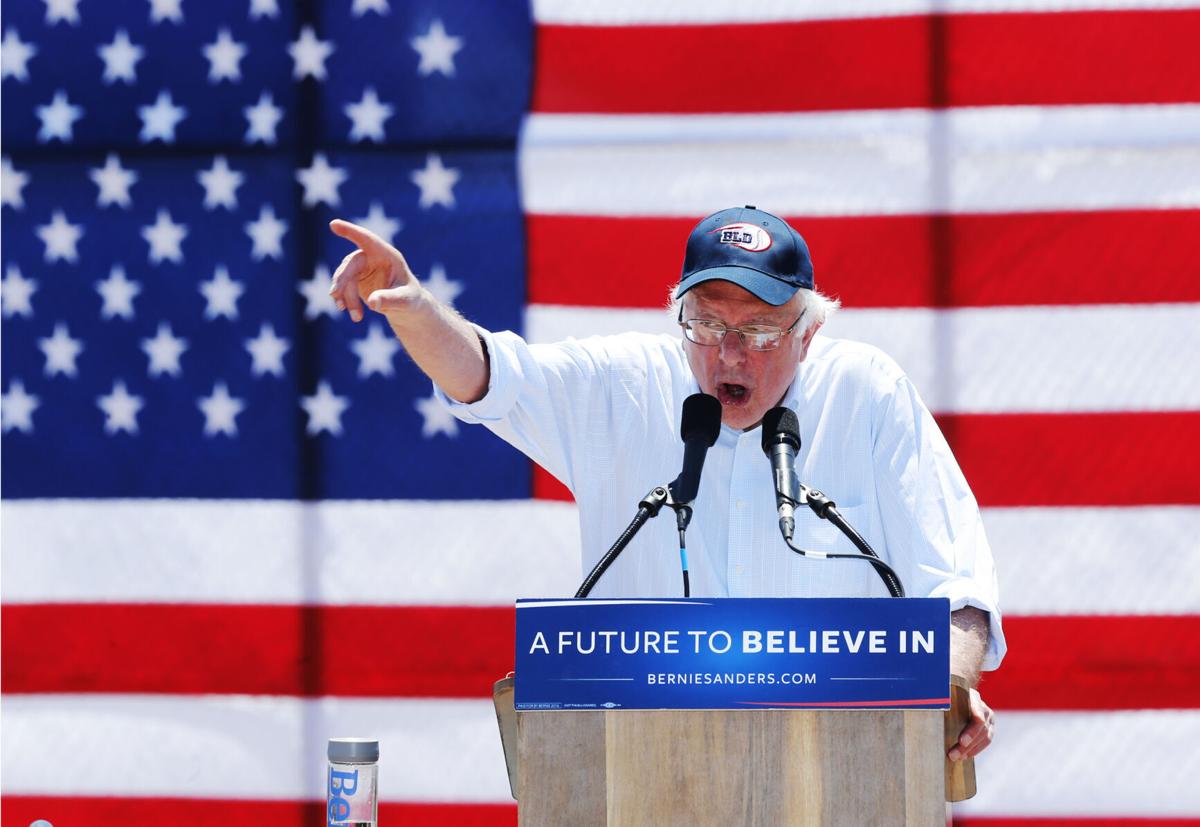 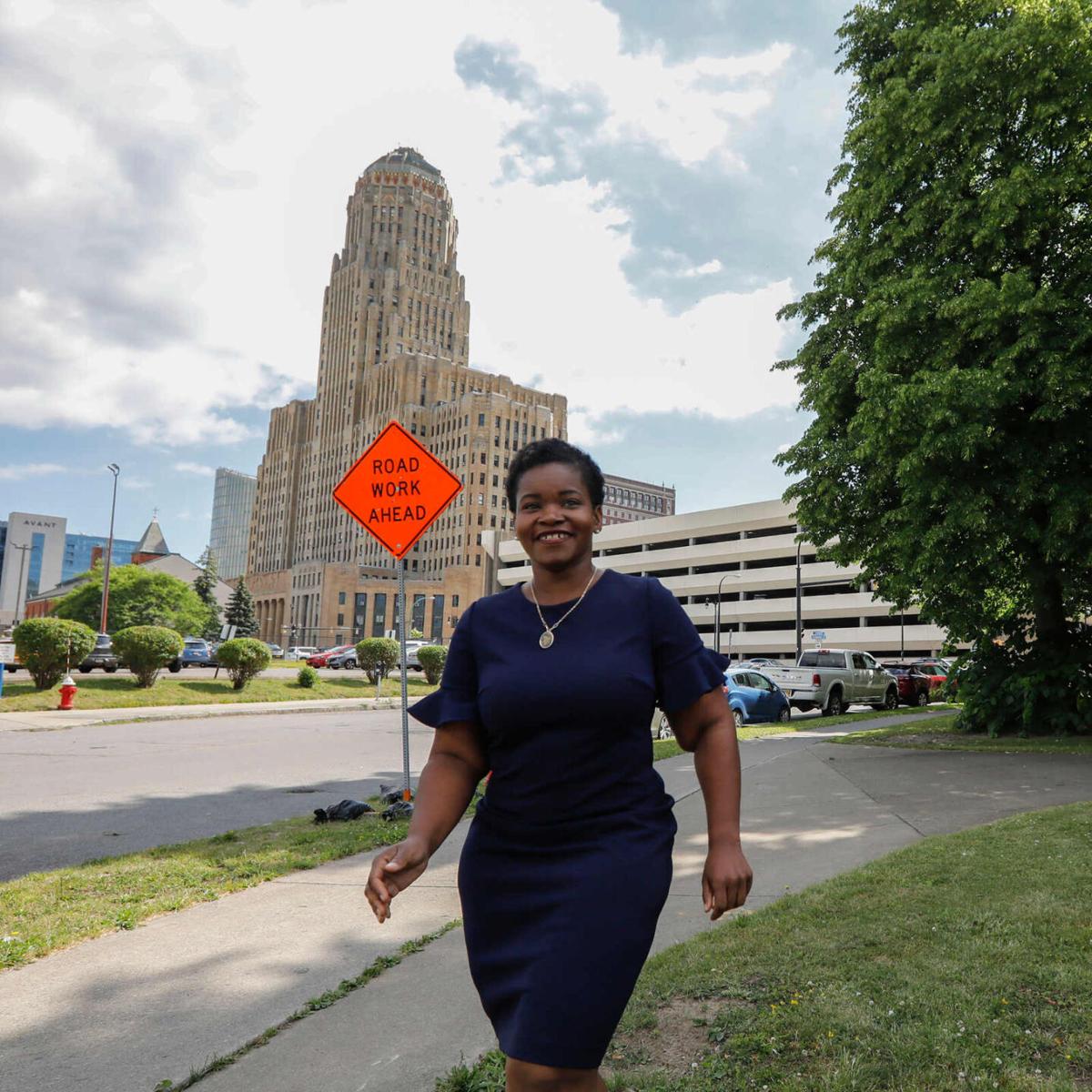