US sees first case of omicron variant detected in California

In third congressional bid, McMurray urges voters to look past liberal label
0 comments
Share this
Support this work for $1 a month
Jerry Zremski

Nate McMurray approaches his third election night as a congressional candidate as the same proud progressive who lost his first two such campaigns.

He’s an advocate of Medicare for All running to represent the state’s most conservative district. He’s a gun control supporter who has challenged, rather than placated, the gun owners of rural Western New York. And just as conservatives there and elsewhere celebrate their new majority on the U.S. Supreme Court, McMurray says Democrats should think about packing the court with progressives.

That’s the Twitter McMurray. But there’s also another McMurray, one who says his top congressional priorities would be helping the troubled farms and communities of New York’s 27th District, one who has traveled its country roads and stumped in its small towns for nearly three years, happily meeting with – and listening to – friend and foe.

In such places, McMurray delivers a message aimed at easing the minds of anyone who thinks he’s too liberal to represent the flatlands, hills and valleys between Buffalo and Rochester.

“I am NY-27,” said McMurray, a Democrat and former Grand Island town supervisor who doesn't live in the district, but who says he's developed an abiding passion for it. “My family is farmers and factory workers and tradespeople. And so, in a lot of ways, I am very similar to the people of the region.”

After three months in Congress, Rep. Chris Jacobs is shaping up to be largely what he promised to be: a soft-spoken defender of Trump's policies.

“I think he's a very liberal guy,” Jacobs said. “I think he's much more in line with the New York City Democrat, more so than even some of the Western New York conservative Democrats.”

Hearing that, McMurray said there's much more to serving in Congress than adopting cookie-cutting campaign stands that match what voters presumably want. There is working hard to really represent the district. There is listening.

McMurray vows to do both.

"I really believe if people get a chance to visit with me and talk to me, you can get beyond the labels," he said.

McMurray doesn't run from the progressive label or fudge his positions so that voters won't notice them.

He said he's for Medicare for all – a single-payer health care system – by noting that he's heard plenty from people in the district who ask him for help getting cheaper insulin from Canada, as well as people afraid of losing their health care.

"I think the argument for single-payer is that it will be more efficient," thereby controlling spiraling health care costs, McMurray said. "We are the only advanced country in the world that does not have some form of universal care. And I'm also open to getting there in a gradual way."

Similarly, McMurray explained that while he's been engaged in an ongoing Twitter battle with gun rights supporters, he's been around guns his whole life and knows a lot about them.

Knowing what he knows, McMurray said the sale of new assault weapons should be banned; he says they are dangerous and unnecessary. He said background checks should be expanded to cover gun shows, and Congress should strip gun manufacturers of their liability immunity.

"I think if you ask my policy overall it is let good people have guns," McMurray said. "I don't want guns in the hands of criminals and people that are unfit or unstable."

Similarly, McMurray said he doesn't want the Supreme Court in the hands of Trump appointees who joined the court only because the Senate Majority Leader Mitch McConnell, a Republican, gamed the system. McConnell in 2016 blocked a Democratic nominee (Merrick Garland) and this week rushed the confirmation of Justice Amy Coney Barrett to replace the late liberal icon Justice Ruth Bader Ginsburg.

McMurray sees the new conservative Supreme Court as a threat to the Affordable Care Act, legalized abortion and gay marriage.

"There's no constitutional limit (on the number of justices), and if adding one or two members of the court is going to preserve those rights, yes, I'd do it," he said.

To hear McMurray tell it, though, national issues would not be his top priority in Congress. Instead, he would focus on aiding his district's struggling farmers and shrinking small towns.

He'd like to join two House committees, Agriculture and Foreign Affairs, seeing an important synergy between the two.

"If you look at these trade deals, there are massive protections for former foreign farmers," said McMurray, a lawyer who worked in Asia for years and who more recently had an acrimonious split with Delaware North Cos. "So yes, that's the reason why I want to be on both committees" – to press for trade agreements that would benefit local farmers.

McMurray said he would also work for immigration reform, hoping it would modernize the visa program for farm laborers so that it would allow them to stay in the U.S. year-round. He said that's just what many dairy farmers want, given that while crops only need to be tended to from spring to fall, cows need to be milked all year.

Expanding rural broadband access would be another of McMurray's top priorities. Noting that he had better internet service when he lived in South Korea than he does on Grand Island, McMurray said the government should wire the entire nation with fiber optic cable.

"With COVID, there's been a surge of people wanting to leave the cities, right?" he asked. "And who wouldn't want to live in a beautiful downtown like Albion or Warsaw if you had the availability to engage in modern commerce there, using the internet?"

McMurray has been stumping across NY-27 for nearly three years now, preaching his can-do gospel about how Washington can help revive the district while fending off naysayers.

One person who's seen McMurray in action who has come away respecting him is his ideological opposite: Duane Whitmer, the Libertarian candidate in the congressional race. He saw McMurray at a 2018 event sponsored by a gun rights group, explaining his support for gun control.

"I was surprised because he went to these people and at least talked to them," Whitmer said.

At the time, Whitmer noted, McMurray was running against then-Rep. Chris Collins, who was under indictment on insider trading charges and who never was known for meeting with groups that disagreed with him.

McMurray lost that race by 1,087 votes, and when Collins pleaded guilty and resigned from Congress 11 months later, McMurray entered the special election contest to replace him. In June, he lost that race to Jacobs by 5.3 points – in a district that President Trump won by 24 points four years earlier.

To McMurray, both those losses signal that he's exceeding expectations – and that maybe he'll do even better this November. He said the nation and the district are souring on President Trump amid the Covid-19 epidemic. Moreover, McMurray said he's withstood an onslaught of negative ads from Collins and Jacobs and virtual campaign appearances by Trump and his son Donald Trump Jr. only to remain a contender in New York's most Republican district.

"I think that the fact that all those powers have been aligned against us and we still maintained not only a good campaign, but a campaign that is competitive and that might win, is kind of a miracle," he said.

Read more on the race for New York's 27th District: Jacobs lives up to promise as votes align with Trump policies – mostly

Check out these amazing hidden lakes underneath the Martian surface

Check out these amazing hidden lakes underneath the Martian surface

Voter’s guide to the 2020 election

Polls are open everywhere in New York State from 6 a.m. to 9 p.m. Tuesday, Nov. 3. Here's what you need to know for Election Day this year.

After third defeat, McMurray ponders his future – and his party's

Nate McMurray is thinking about his future, and the future of the Democratic Party, and he's deeply uncertain about both.

The legal complaint, filed in state court in Buffalo, turbocharges McMurray’s ongoing assault on his former employer, which he previously waged largely in the media and on Twitter.

McMurray has received more letters from the Federal Election Commission about sloppy campaign filings than any other candidate.

Delaware North, the concessions, hospitality and gaming company run by the Jacobs family for more than a century, does business with governments and public agencies all the time. The company says that's why it is an active political player.

Jacobs came into office facing a to-do list from hundreds of constituents looking for government stimulus checks, or lost Social Security checks, or help with a stalled claim for veterans benefits.

Voting 2020: What to know about mail-in ballots, ovals and election night results

With states having different laws and different timelines for counting absentee ballots, experts advise voters to approach the election results with patience and caution. 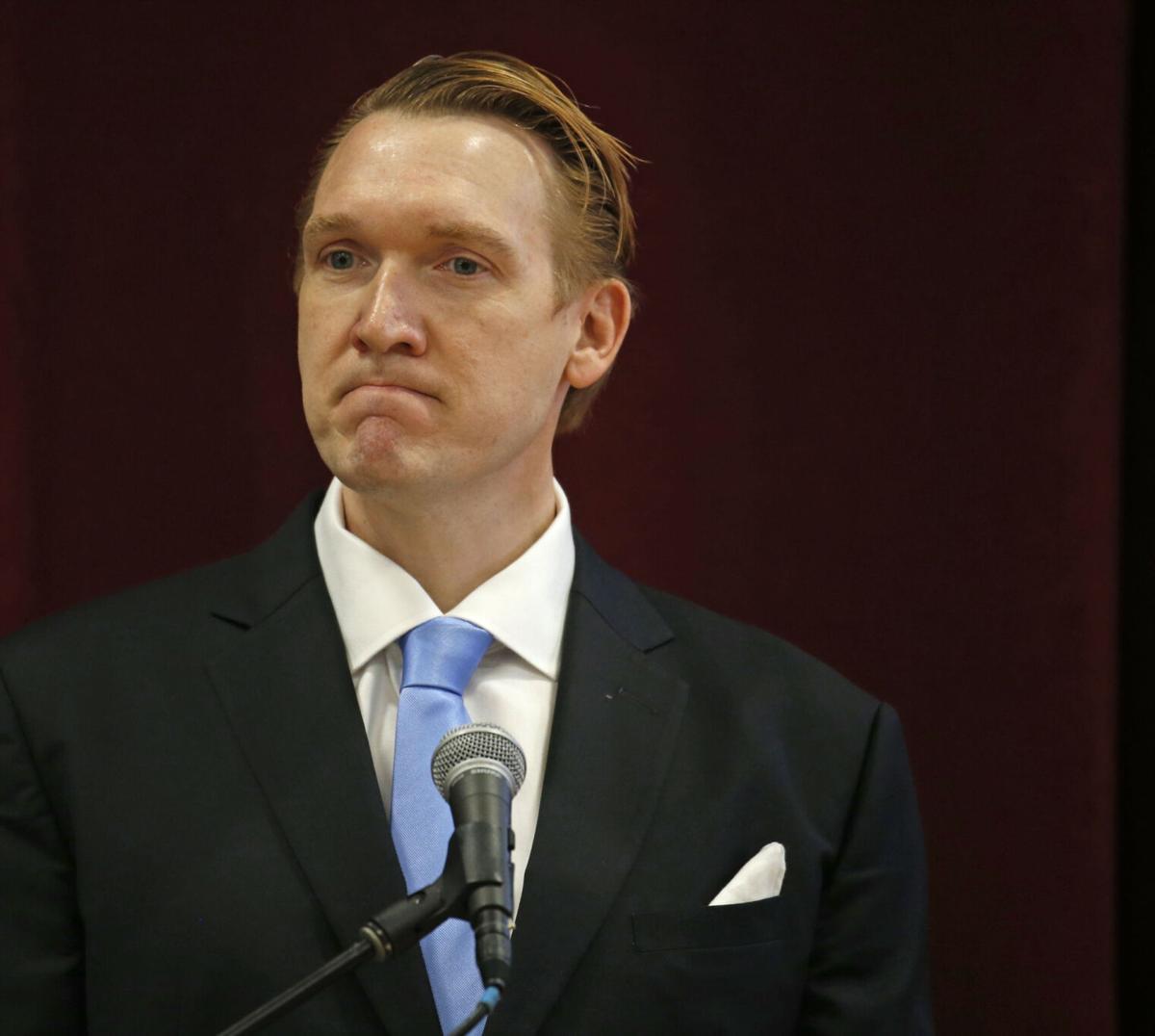 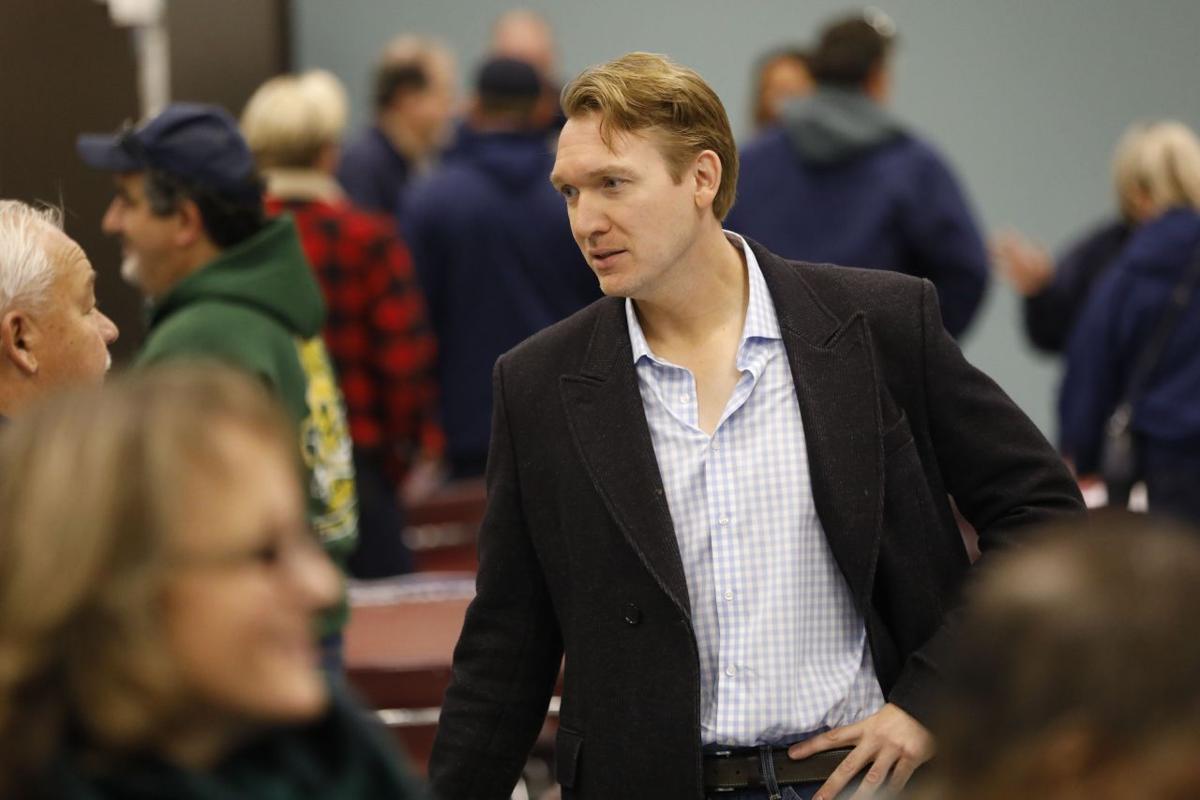