Gov. Kathy Hochul, other politicians gather in South Buffalo for Labor Day Parade
0 comments
Share this
Support this work for $1 a month
1 of 2 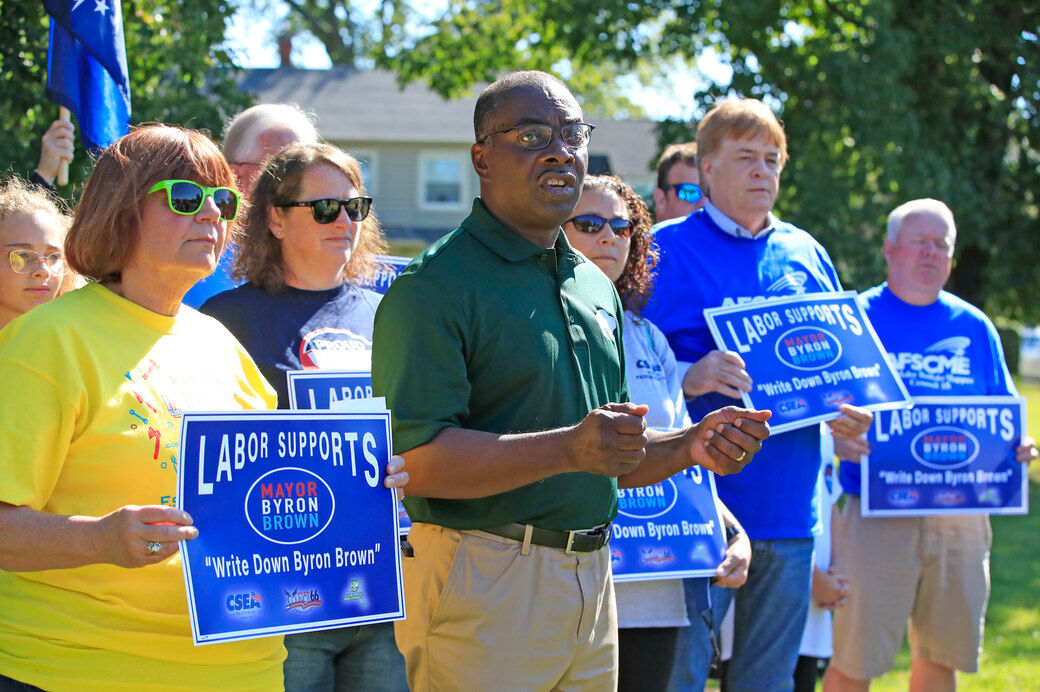 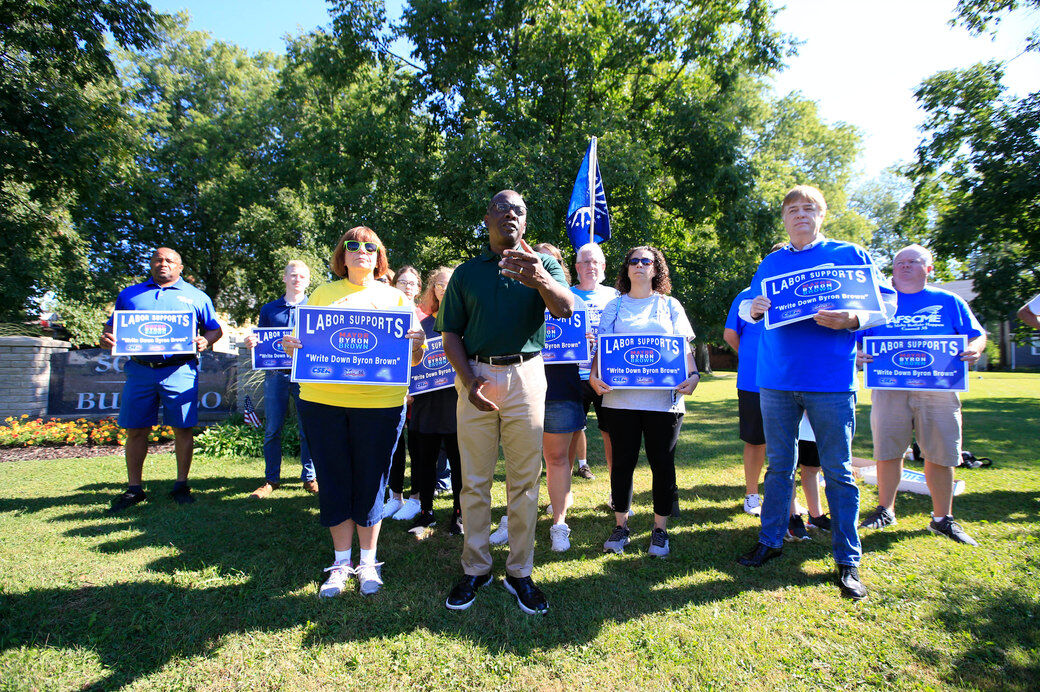 Twirling batons, Irish dancers and a plodding steamroller played parts in a sunny Labor Day parade scene Monday that signaled a march down the home stretch of election season, including the race for Buffalo mayor.

“There’s no place like home,” Hochul said prior to the parade as she addressed the news media before she signed four labor-related bills.

The first piece of legislation establishes a demonstration program that puts speed violation monitoring devices in work zones. The second makes construction contractors liable for wages owed to employees of subcontractors, according to the governor’s office.

A third requires building service employees be paid prevailing wages at high-end co-ops and condominiums that receive certain tax breaks, while a fourth extends the cap on benefits a worker may receive when participating in the Department of Labor shared-work program.

India Walton just passed a couple minutes ago. She had more supporters marching than Brown. pic.twitter.com/LRjzTmBKsd

Mayor Byron W. Brown got a boost before the parade, picking up endorsements from Erie County government’s largest union and a large union of employees who work for the City of Buffalo, Board of Education and Buffalo Municipal Housing Authority.

Civil Service Employees Association Local 815, which represents about 5,000 county employees, and AFSCME Council 35, which represents about 1,800 workers, announced their endorsements at the start of the parade route at McKinley Parkway and Dorrance Avenue, where politicians began to gather about 90 minutes before the noon start of the annual event.

Brown faces India B. Walton, who beat him in the June Democratic primary and also has the endorsement of the Working Families Party.

The four-term incumbent mayor has a history of working with CSEA units and has listened to members' concerns, said Chris Rackl, legislative and political coordinator for CSEA Region 6.

"He’s just been a great partner to deal with and we believe he cares about our issues," Rackl said.

Walton is proud of the union endorsements she has received, campaign spokesman Jesse Myerson said. Those include the Buffalo Teachers Federation, as well as workers at three Buffalo-area Starbucks locations who hope to unionize.

Brown, who had pledged a write-in campaign, got a boost in a court victory Friday that would put his name on an independent line on the ballot in the general election, which would improve his chances in the race.

Prior to Hochul's remarks, Walton stood with a group gathered behind an area on McKinley Circle, on the Buffalo-Lackawanna border, where the governor was to speak. Walton was asked to leave the area because the event was an "official government event" – a bill signing – and the spots were reserved for elected officials and labor leaders, according to the governor's office.

Like Walton, other non-elected candidates were also asked to move, including those wearing Brown campaign shirts and holding his campaign signs, Erie County County Executive Mark Poloncarz wrote on Twitter.

Poloncarz stood among the group who gathered behind the governor.

The governor walked near the front of the parade, among a group of Democratic politicians and union officials that included Rep. Brian Higgins, Assembly Majority Leader Crystal Peoples-Stokes and State Sen. Tim Kennedy.

Parade-goers also got to see other political candidates march, including two candidates for Erie County sheriff – Republican John Garcia and Democrat Kimberly Beaty. Ted DiNoto, who is running for sheriff on an independent line, rode on horseback in the Clarence Center Labor Day Parade, according to his campaign.

Photos: A celebration at the Buffalo Labor Day Parade