Byron Brown, seeking a fifth mayoral term in Buffalo, is not taking the campaign bait
0 comments
Share this 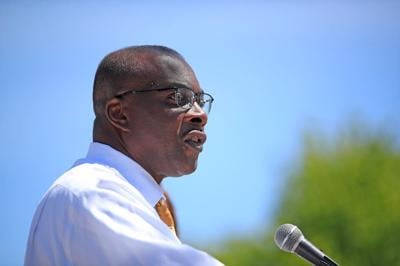 For Mayor Byron W. Brown, the campaign trail in these last days before Tuesday's Democratic primary varies little from his regular travels through Buffalo.

On Thursday, for example, the four-term incumbent seeking an unprecedented fifth term stood before a phalanx of television cameras at Lafayette High School to launch the "Earn While You Learn" program assisting 200 students most affected by the Covid-19 pandemic. The idea, he explained, is for Buffalo Public Schools and the City of Buffalo to financially subsidize students who need both summer school and income to support themselves or their families.

"We need to make sure we get our children back on track and that some of our older children graduate on time," he said in one of his constant references to post-pandemic Buffalo. "We're not going to pinch pennies on the future of our young people."

This is how Brown is conducting his fifth campaign for mayor of New York's second largest city – low key and confidently. If there is a "rose garden" equivalent for this mayoral effort, Brown has mastered it.

Democratic challengers for Buffalo mayor's seat steeped in the community

India Walton, a nurse with a background in community activism and City Hall employee Le’Candice Durham are challenging Mayor Byron W. Brown in the Democratic primary.

On Thursday the mayor found himself not only at Lafayette High, but also at the William Street YMCA, presiding over a senior health fair and urging those attending to get Covid-19 vaccinations. At noon he was slated to discuss the American Reinvestment Act with White House officials in a phone call. Then he hurried off to help dedicate the new $27.8 million Health Professions Hub at D'Youville College.

For sure, a campaign is underway. Brown has collected more than $400,000 in campaign contributions, regularly sends his experienced troops into the streets, and has paid big-time campaign consultants to craft TV ads and mailers emphasizing Buffalo's stability after the ravages of Covid-19. Ignoring his less-known opponents, he apparently senses no need for the negative attack commercials that characterize a close election.

But as the primary that will effectively elect the city's next mayor approaches, he is campaigning as a powerful incumbent – touting city programs and initiatives he believes will help his constituents. And maybe he'll pick up a few votes along the way.

"I talk to the mayor regularly and know that he is taking this seriously," said former Mayor Anthony M. Masiello, a Brown supporter. "He has his own way of doing things, but will not be caught with his guard down."

Never in Buffalo's long history has any mayor even attempted breaking the four-term record set by the late James D. Griffin. But Brown now aims to again claim the big office on City Hall's second floor, already looking to January and the job he seems to consider rightfully his.

Indeed, Brown has hardly acknowledged the two Democrats – India B. Walton and Le'Candice M. Durham – trying to unseat him in the primary. For the first time in his many campaigns for mayor, he has refused to debate, even ignoring requests from traditional and respected debate sponsors like the League of Women Voters of Buffalo Niagara. This year, he seems to campaign by simply being mayor.

"I continue to try to make Buffalo one of the best post-pandemic places to live, work, raise a family and invest," he recently told The Buffalo News editorial board. "If I'm reelected, I think you will see some real tangible growth."

The mayor underscores the point by attending just about every good news event possible, like the Tuesday session celebrating developer Douglas Jemal's effort to turn the largely vacant Statler Hotel into 600 to 700 downtown apartments. His campaign seems to absorb Jemal's myriad Buffalo projects.

"The investment in this building is going to be well over $150 million," Brown said, pointing to earlier city spending to stabilize the downtown landmark. "This is significant for the City of Buffalo. It is significant for our residents. But it’s also significant for people living throughout Erie County and the Western New York region."

She rails against what she calls Brown's "inadequate" police reform efforts, a pandemic response she considers tepid, and an overall "lack of leadership." The mayor's "broken window style of policing has failed," she says, proposing new programs to expand home ownership, initiate a "transparent" budget process and work outside Brown's "establishment."

"I can be a bit much to deal with, you can put that on the record," she told The News editorial board. "Sometimes I ruffle feathers."

The mayor, however, does not take the bait. He neither engages nor retaliates. Other topics lead his agenda.

"My goal is for Buffalo to be one of the fastest communities to recover, post-pandemic," he told The News. "I think we will reap tremendous benefits."

Along the campaign trail, Brown emphasizes that the city emerged relatively unscathed from the Covid-19 crisis, that no employees were furloughed and no city services interrupted. More than $309 million worth of projects since 2020 continue appearing on drawing boards, he says, with $54 million set for the East Side alone.

As he attempts to win an unprecedented fifth term, Brown appears confident he will preserve the ethnic coalition that has always propelled him through elections for the Common Council, State Senate and mayor. As the city's first Black leader, he has always racked up overwhelming pluralities throughout his East Side base.

But Brown has also managed to broaden his appeal beyond Black voters. While he beat his closest 2017 competitor – former Comptroller Mark J.F. Schroeder – 2,533 to 381 in his Masten base, he also won mostly white Delaware 1,998 to 1,586. He played on that ability Friday while addressing a gathering of Blacks and whites for a Friday Juneteenth event at Canisius College. He would attend the funeral of a noted Black businessman later in the day, he said, adding their "ancestors would be proud of this diverse display of unity on Juneteenth."

"If we unite, we're stronger as a community," he said.

Still, the African American base that first elevated him 16 years ago appears as strong as ever, said Assembly Majority Leader Crystal D. Peoples-Stokes, even against two Black opponents.

"Does he have people who don't respect him for the work he has done? We all do," said Peoples-Stokes, a longtime ally. "But this is about running a city.

Wild horses in Bosnia cause headaches for farmers

The Editorial Board: Vote today to choose mayor and party nominees

"It’s a typical primary day in Western New York, especially when the Buffalo mayor is on the ballot," writes The News' Editorial Board.

Analysis: On Tuesday, a primary for the books

In the race for mayor, Byron Brown is considered the heavy favorite. By what tally must he win to enthrone him for a powerful fifth term? 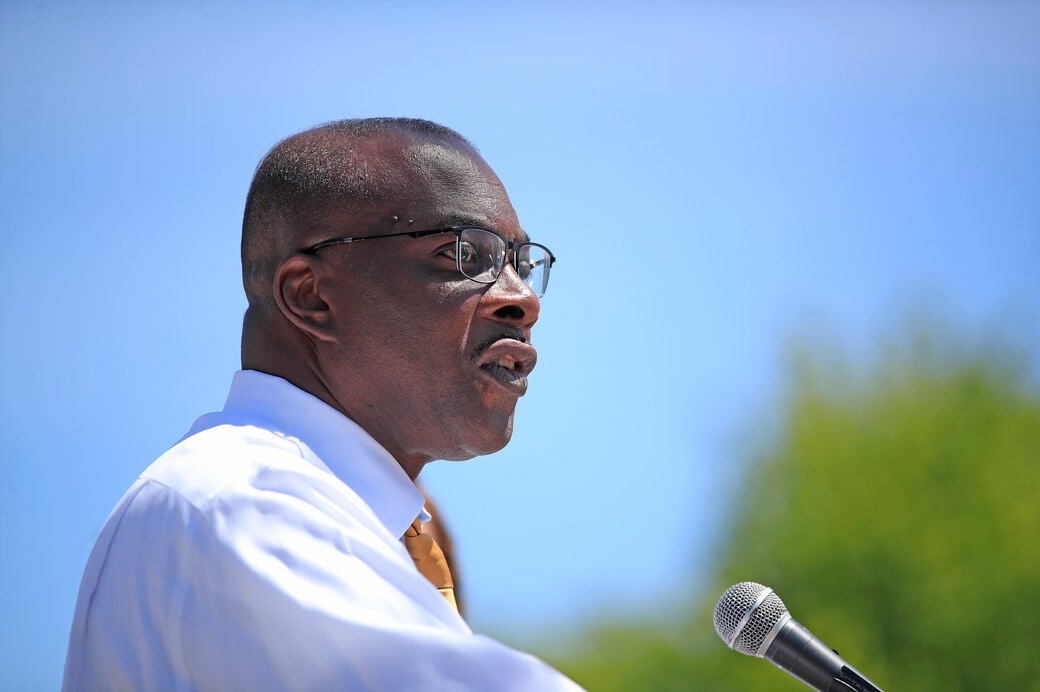 Mayor Byron Brown speaks as he presides over a senior health fair at the William Street YMCA on Thursday, June 17, 2021. 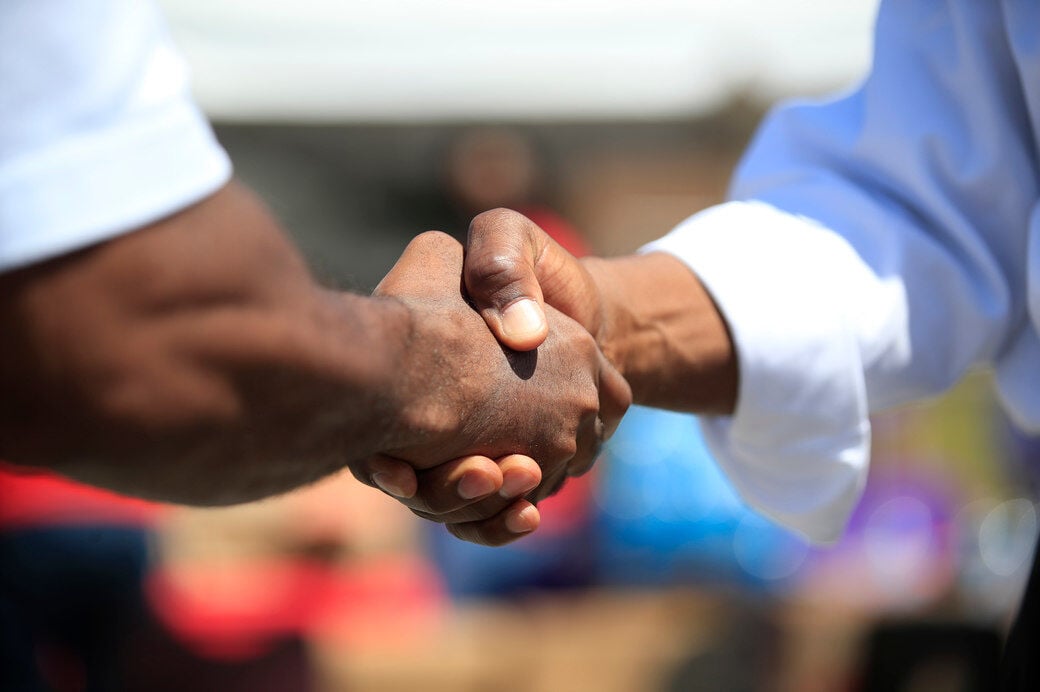 Mayor Byron Brown, right, shakes the hand of Buffalo Police Officer Tommy Champion as he presides over a senior health fair at the William Street YMCA on Thursday, June 17, 2021. 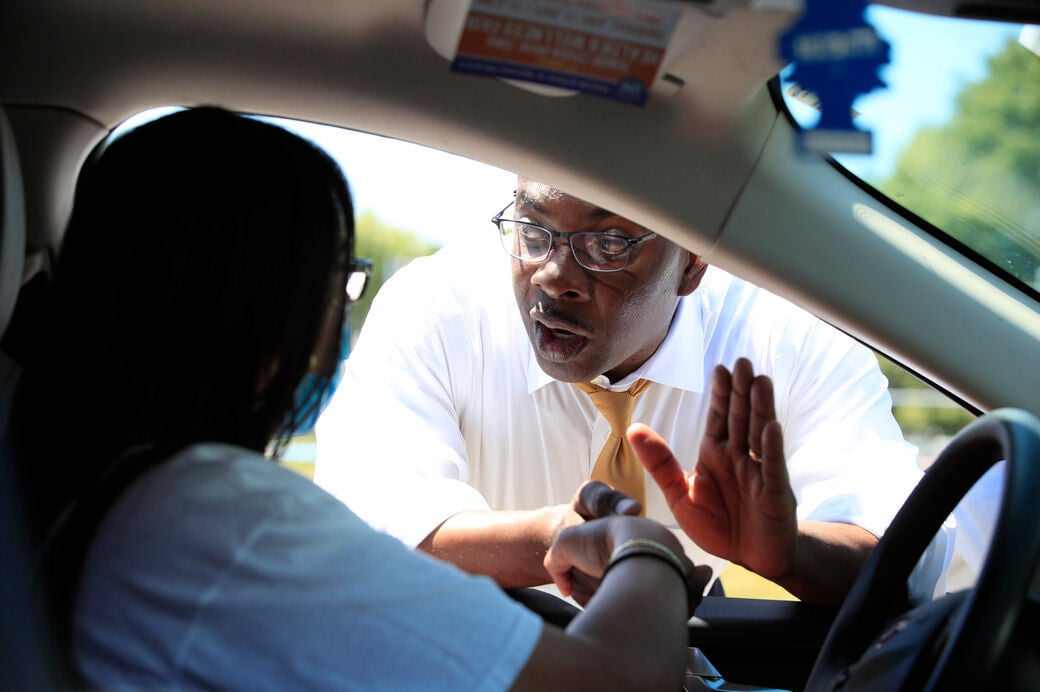 Mayor Byron Brown speaks to Debra Jones as he presides over a senior health fair at the William Street YMCA on Thursday, June 17, 2021.