GoFundMe campaign seeks to raise $5,000 for accused priest
0 comments
Share this
1 of 2

Bishop Richard J. Malone’s handling of the allegations against Rev. Arthur J. Smith were at the center of a firestorm of calls for Malone to resign in 2018. Now Smith is accused of molesting a boy in a lawsuit. (Diocese of Buffalo's 1995 Priests' Pictorial Directory) 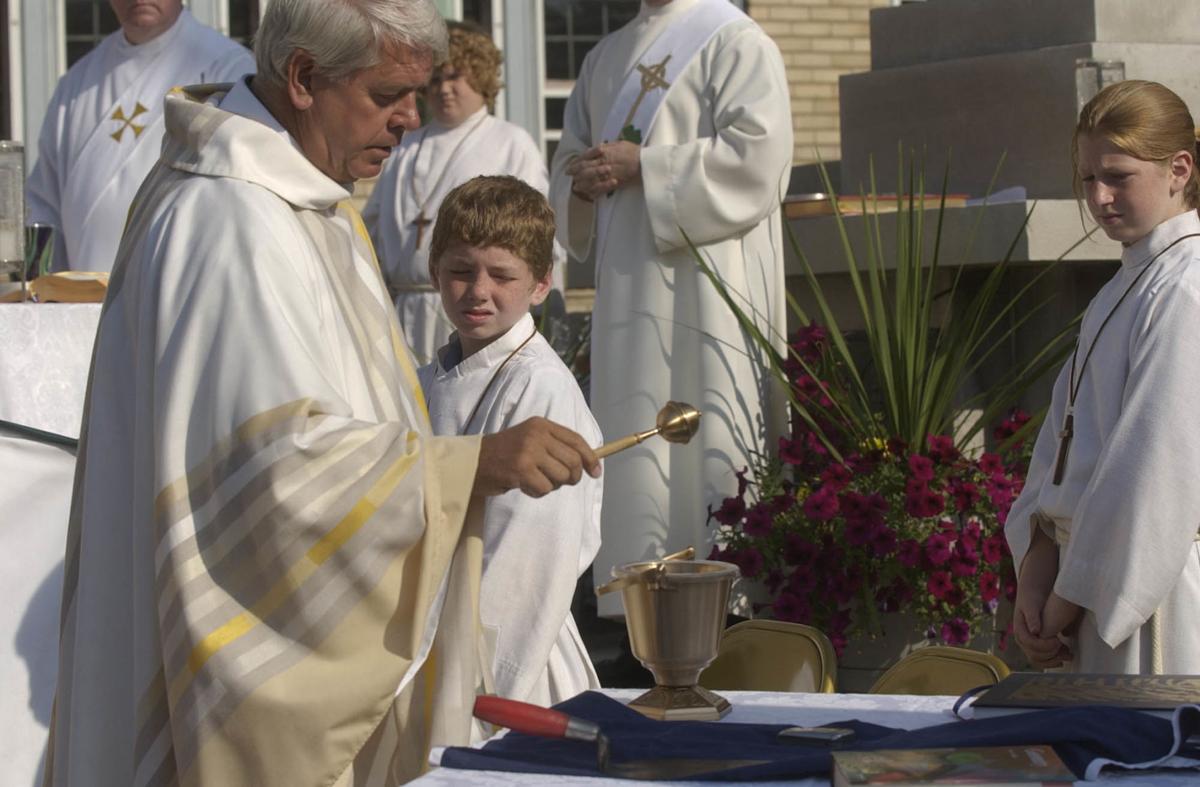 An online effort to raise money for a Buffalo Diocese priest accused of inappropriate conduct with a child has resulted in three donations totaling $450.

A GoFundMe campaign that began in May on behalf of the Rev. Arthur J. Smith seeks to raise $5,000.

Bishop Richard J. Malone’s handling of the allegations against Smith, 72, are at the center of calls for Malone to resign.

Malone returned Smith to ministry in the Buffalo Diocese and wrote the priest a glowing recommendation for ministry outside the diocese, despite complaints from a school principal who had accused Smith of inappropriate “grooming” behavior with a male elementary student.

Without explanation, former Bishop Edward U. Kmiec removed Smith in 2012 as pastor of St. Mary of the Lake Church in Hamburg. Under Malone, Smith returned to limited ministry, and not as a pastor, until this past April, when he was put on administrative leave due to a child sex abuse allegation. A diocesan investigation determined that the allegation was substantiated, and Smith was removed from ministry in June.

His case, as well as the cases of two other Buffalo priests, is now in the hands of an office of the Vatican called the Congregation for the Doctrine of the Faith, which will make a final determination.

It's not clear if Smith set up the GoFundMe page himself, but the narrative accompanying it is written in the first person.

The GoFundMe page states that the bishop “accused me of something that I did not do 43 years ago. I have suffered at his hands for 6 years now and he is unrelenting.”

WKBW-TV obtained internal diocese documents showing that the former St. Mary of the Lake School in Hamburg principal had accused Smith in 2011 and again in 2013 of inappropriate “grooming” behavior with a male elementary student.

Smith also was accused on inappropriate touching and behavior with two men while he served as a chaplain at a Clarence nursing home, according to documents obtained by WKBW-TV.

Despite those complaints, Malone in 2015 and 2016 recommended Smith to serve as a chaplain on a cruise ship, stating that he was “unaware of anything in his background which would render him unsuitable to work with minor children,” according to the internal documents.

It’s not clear what Smith was referencing from 43 years ago on the GoFundMe page. At that time, he was an associate pastor in St. Bernadette Church in Orchard Park.

The GoFundMe page, entitled “Father Art’s Defense Fund,” stated that Smith was scammed out $30,000 of his retirement investments by a fake company and now has just $300 in the bank. The page included a photograph of Smith with a large cruise ship in the background and a separate photograph of Smith’s license plate, PEACE1.

“I only have $300 in the bank and I have no clue what else could happen. I really need your help. I know I will be exonerated,” the page stated.

Smith has also worked recently as a driver for the ride-hailing company Lyft. He has not returned multiple calls from The News seeking comment on the accusations against him. The diocese also has not responded to requests for comment about Smith.

Smith was ordained to the priesthood in 1971. In 1984, he co-founded the diocese’s Daybreak TV productions, which Malone shut down this year in a cost-cutting move that resulted in the layoffs of eight staff members.

Watch now: How many kids are learning fully remotely? Depends on where you live

Bishop Richard J. Malone’s handling of the allegations against Rev. Arthur J. Smith were at the center of a firestorm of calls for Malone to resign in 2018. Now Smith is accused of molesting a boy in a lawsuit. (Diocese of Buffalo's 1995 Priests' Pictorial Directory)