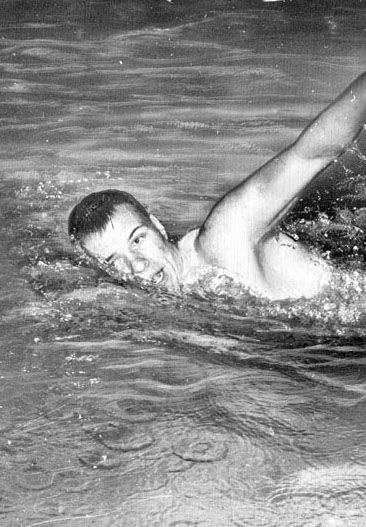 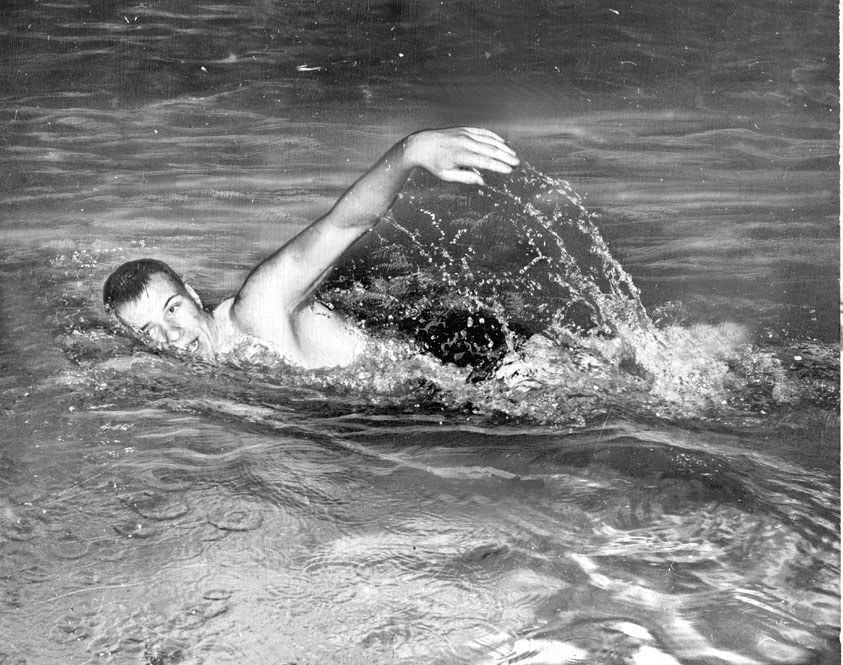 Buffalo native and four-time Olympic medalist George Thomas Breen was a standout rower for Bishop Timon High School and the West Side Rowing Club, but it wasn't until he started swimming competitively as a 17-year-old freshman at SUNY Cortland State that Breen really hit his stride.

Mr. Breen went on to represent the United States in two Summer Olympics – winning a silver and two bronze medals in Melbourne, Australia, in 1956, and a third bronze medal in Rome in 1960 – and eventually settled in Gloucester County, N.J., but regularly returned to his hometown to visit family.

Mr. Breen died Saturday after a battle with pancreatic cancer. He was 84.

Madonna M. Barker, of Wyoming County, speculated that her Uncle Bud – as she and her sister, Kelly Barlow of West Seneca, called him – may have gotten his start as a swimmer at the family's summer place in Low Banks, Ont., along Lake Erie.

"He would swim up and down the bay because, of course, he was a long-distance swimmer, but he never competed – I don't think – until he went to college," Barker said.

It was at Cortland State that Mr. Breen came under the tutelage of famed coach Dr. James Counsilman, and soon became the top distance swimmer in the United States.

Mr. Breen was a former world record-holder in three swimming events who went on to become a 22-time national champion.

He established six world records during his career, though his greatest success was in the 1,500-meter freestyle, in which he set the world record on two occasions, according to a 2010 Buffalo News sports feature on Mr. Breen, published on the occasion of his induction into the Greater Buffalo Sports Hall of Fame.

At the 1956 Olympics in Melbourne, Mr. Breen set a world record of 17:52.9 in the preliminaries of the 1,500-meter freestyle, but was unable to match his time in the main event and ended up winning the bronze.

In 2010, he told The News that he learned a valuable lesson from that experience.

"That's a lesson I used for the rest of my life. I was the Olympic record holder, yet I didn't win. It was very disappointing at the time, but it was an evolution for me," Mr. Breen said.

Mr. Breen was elected team captain of the U.S. men's swimming team for the 1960 Summer Olympics in Rome – at which he earned another bronze medal while competing in the men's 1,500-meter freestyle, clocking in at 17:55.9.

After he retired from competitive swimming, Mr. Breen coached the Penn Quakers men's swimming team at the University of Pennsylvania, from 1966 to 1982, and served as a coach for U.S. Swimming, according to a variety of sources. He coached for the Gloucester County Institute of Technology swim team in Deptford, N.J., and at the Jersey Wahoos Swim Club in Mount Laurel Township, N.J.

Mr. Breen was inducted into the International Swimming Hall of Fame in 1975.

He received the U.S. Swimming National Award for exceptional service to the sport in 1997.

Despite never swimming competitively at Bishop Timon, he has been honored there, too.

In 2010, Mr. Breen told The News he was able to switch so easily from rowing to swimming in college because of his rigorous training schedule at the West Side Rowing Club when he was in high school.

"Rowing taught me a few things, time commitment and effort, and that's the way I swam," Mr. Breen said.

His nieces said their uncle rarely talked to them about his past feats.

"So I didn't know his entire list of accomplishments," said Madonna Barker.

They do recall him visiting relatives in the area at least twice a year. He often came with his swimming club that competed annually at the Burt Flickinger Center at Erie Community College.

"He was still coaching his team up until two days before his (cancer) diagnosis in July," said Barker.

"He said he never worked a day in his life because he was able to do what he loved," she continued.

"He was all about character and really loved the sport of swimming and promoting," Barker added.

Mr. Breen told The News in 2010 that home visits included trips to the Darwin Martin House, the architecture of which he was a big fan – having seen much of architect Frank Lloyd Wright's work around the country.

He is survived by his wife, Chris; a daughter, Colette; a son, Michael; a brother, Thomas; two grandchildren; and a great-grandson.

A volunteer football coach in Williamsville was let go by the district after he sent an insensitive tweet about Sept. 11.

“There were 12 to 15 kids jumping on five kids from Buffalo,” said Michael Zachery, who lives in the Syracuse area. "Other players had to fight off two or three players a piece."

“The parents feel betrayed,” said Jim Milbrand, a Williamsville parent. “There’s been a sudden change with no explanation for it.”