A $1.4 million public art project in Lockport – 14 statues at the Erie Canal locks – is expected to be completed next year, an organizer said.

Working to duplicate a historic Lockport photo in bronze

LOCKPORT – In 1897, some of the men who worked on the Erie Canal locks in Lockport posed for a group photograph. Someday soon – if about $1 million can be raised – that locally renowned photo may be duplicated in bronze. At a ceremony May 20, several members of the Lockport Fire Department dressed up in period costumes

That brought to $500,000 the Greenway's total commitment to the array of statues. Created by Youngstown sculptor Susan Geissler, it is one of the most expensive public art projects in Western New York.

It seeks to recreate in bronze a locally renowned photograph, taken in 1897, that shows 12 canal workers and a little girl posing for a group portrait on a set of stone steps at the locks.

Those steps still exist, and in July 2020, the first three of Geissler's life-size figures, duplicating their poses in the photo, were installed.

The second batch of five statues will be installed during the last week of June and dedicated July 3, said David R. Kinyon, president of the Lockport Locks Heritage District Corp.

The five include four canal workers and Geissler's depiction of the photographer, F.B. Clench, using an old-fashioned box camera to take the photo.

The final six figures, slated for installation in 2022, will include five workers and the girl.

No property tax money has been used for the project. Greenway funds are provided by the New York Power Authority under terms of its 2005 license to operate the Niagara Power Project.

Without ceremony, three life-sized bronze statues will be installed in July on the stone steps beside the Erie Canal locks in Lockport. The statues are the first of 14 to be placed beside the Flight of Five, as the 19th century canal locks are called because of their staircase design. The $1.2 million project by Youngstown sculptor Susan Geissler

The state gave $275,000 through its Downtown Revitalization Initiative grant to Lockport, and the state Canal Corp. kicked in $125,000.

The Niagara Falls Bridge Commission, which pays a slice of its international bridge tolls to Niagara County to fund a variety of local projects, provided $75,000. Verizon gave $50,000.

Lockport's Grigg-Lewis Foundation gave $150,000 in March, the first foundation to contribute to the project.

The main expense for the first eight statues was $686,600 paid to Geissler. She had to buy her materials and pay her bronze casting expenses out of that.

Also, Highland Masonry and Restoration of West Seneca was paid $181,741 to repair the stone steps before the statues were bolted to them.

The Grigg-Lewis grant and Tuesday's Greenway award were applied to the final phase, leaving $256,000 to be raised.

"The private sector has always been targeted for this final phase," Kinyon said.

Despite rising material costs, he said he was confident that the $506,000 budget for the final six statues would be enough.

"I visit them every week," he said. "They're lit and they're being very well received. No vandalism, and we have security cameras on them. It's a project the public respects and is very supportive of."

Kinyon's nonprofit group operates the partially restored 19th century canal locks, known as the "Flight of Five" because of their stairstep design.

The 1842 stone locks replaced the wooden locks that were used when the Erie Canal opened in 1825.

Officer on Jan 6th: 'This is how I'm going to die'

Officer on Jan 6th: 'This is how I'm going to die'

Five bronze statues, weighing about 275 pound each, will be installed Friday on the stone steps at the Erie Canal locks in Lockport.

Five statues to be dedicated Saturday at Lockport locks

Eight of the planned 14 statues are now in place, re-creating in life-size bronze an 1897 photo of canal workers with a little girl.

Building canal boat replica was labor of love for volunteers

The Erie Traveler, a replica of an early 19th century wooden Erie Canal boat built over the past seven months by volunteers, proved seaworthy at its launching at the Lockport locks 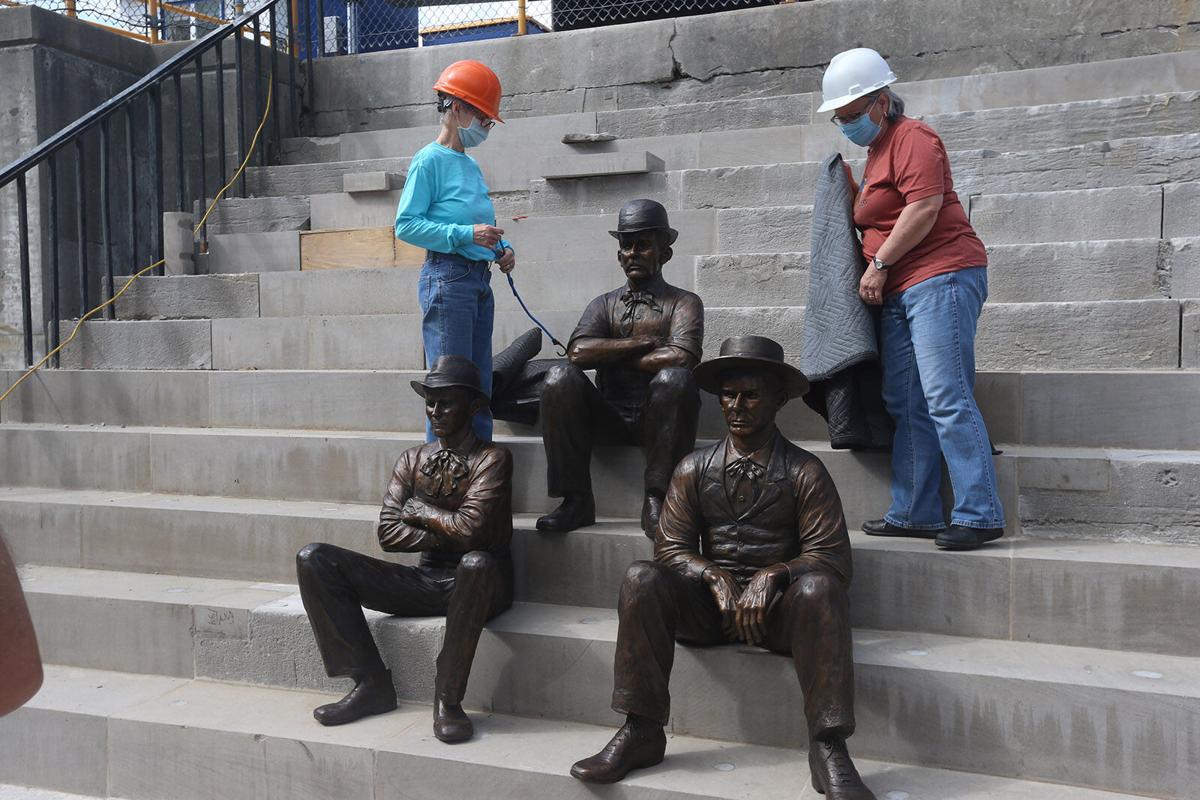 Artist Susan Geissler, left, and Linda Roth from the Lockport Locks Heritage District Corp., work on placement of the first three statues of a total of 14 planned figures depicting persons in an 1897 photo of canal lock tenders. The first batch was installed on the steps between the original and active locks on July 17, 2020. 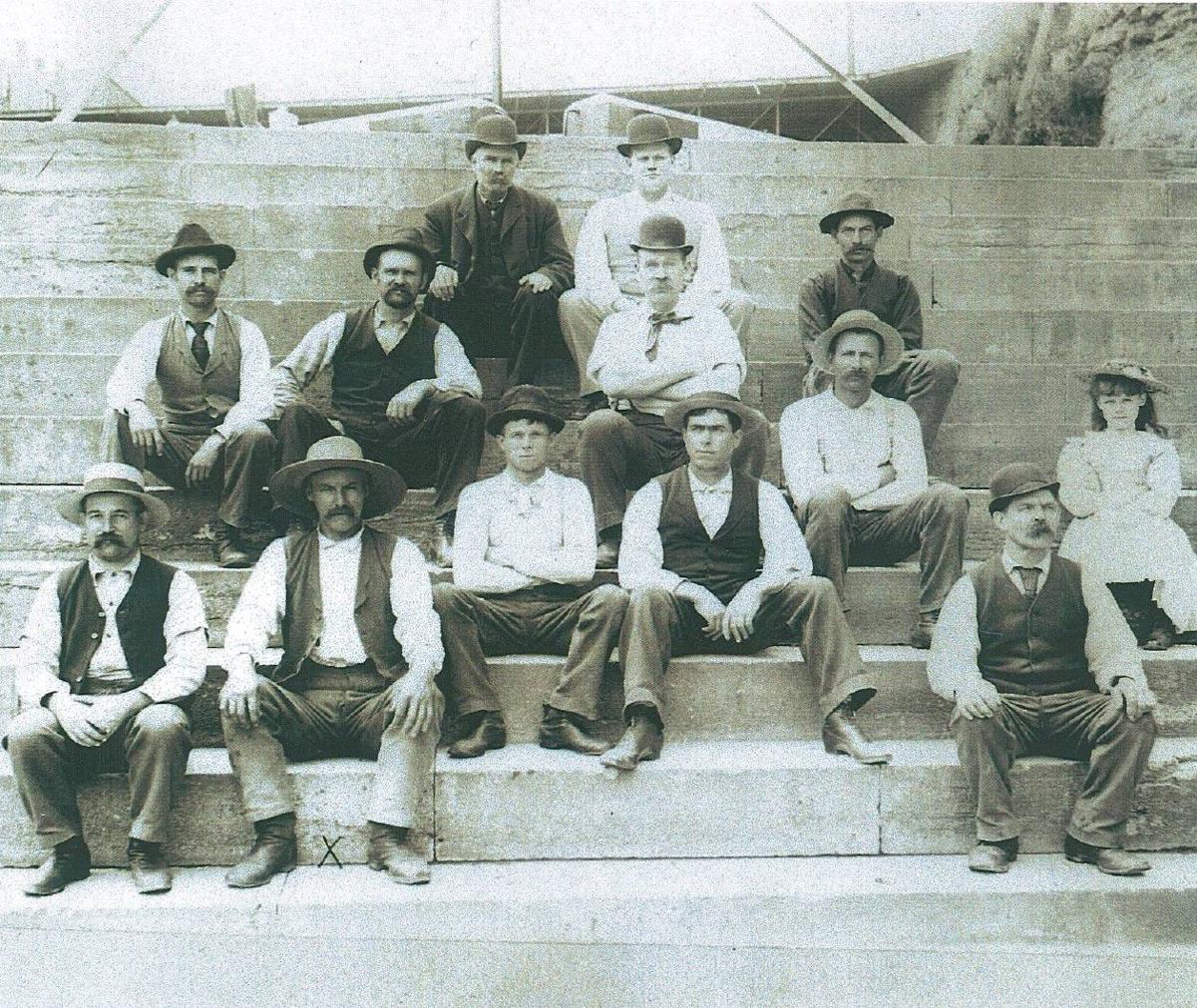 This 1897 photo of Erie Canal workers in Lockport will be depicted in a set of life-size statues installed at the canal locks. 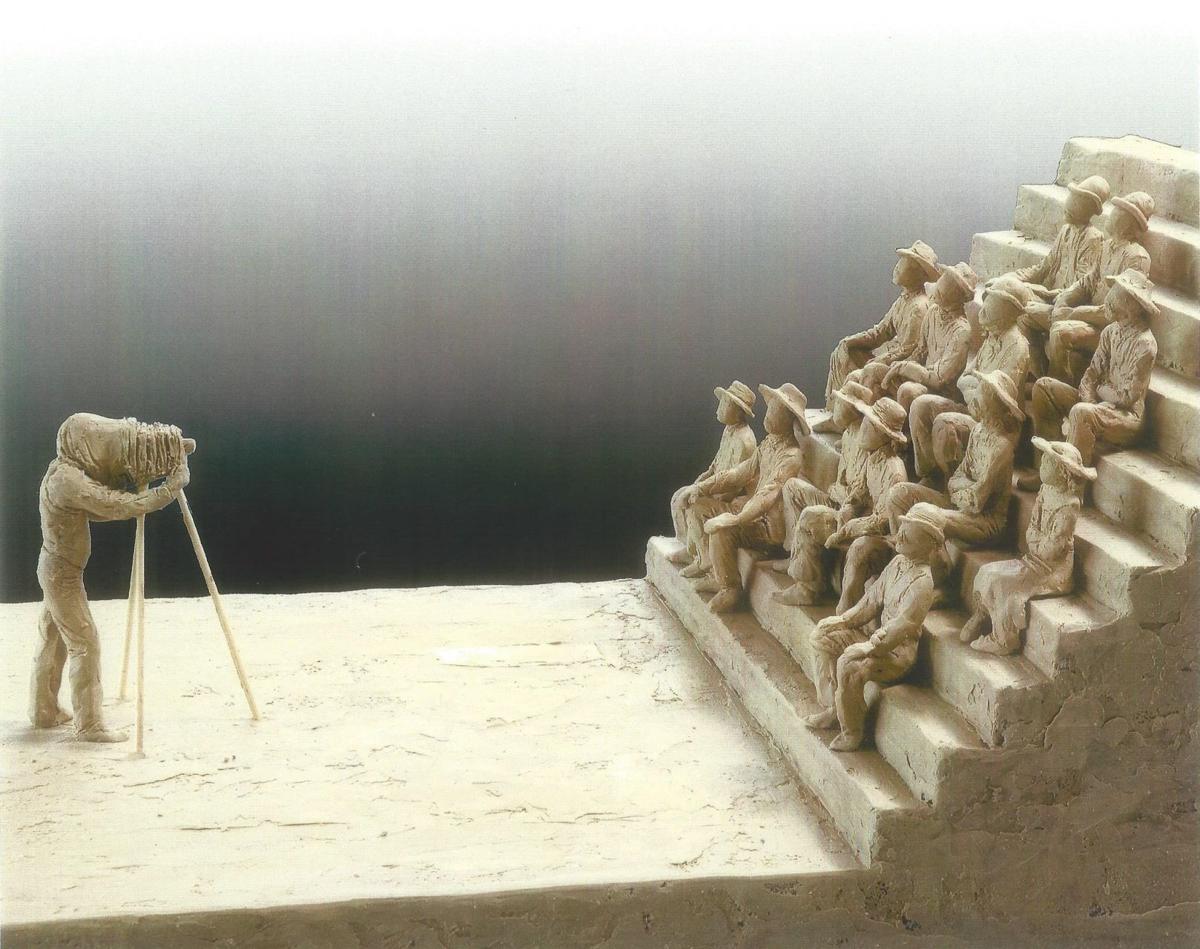 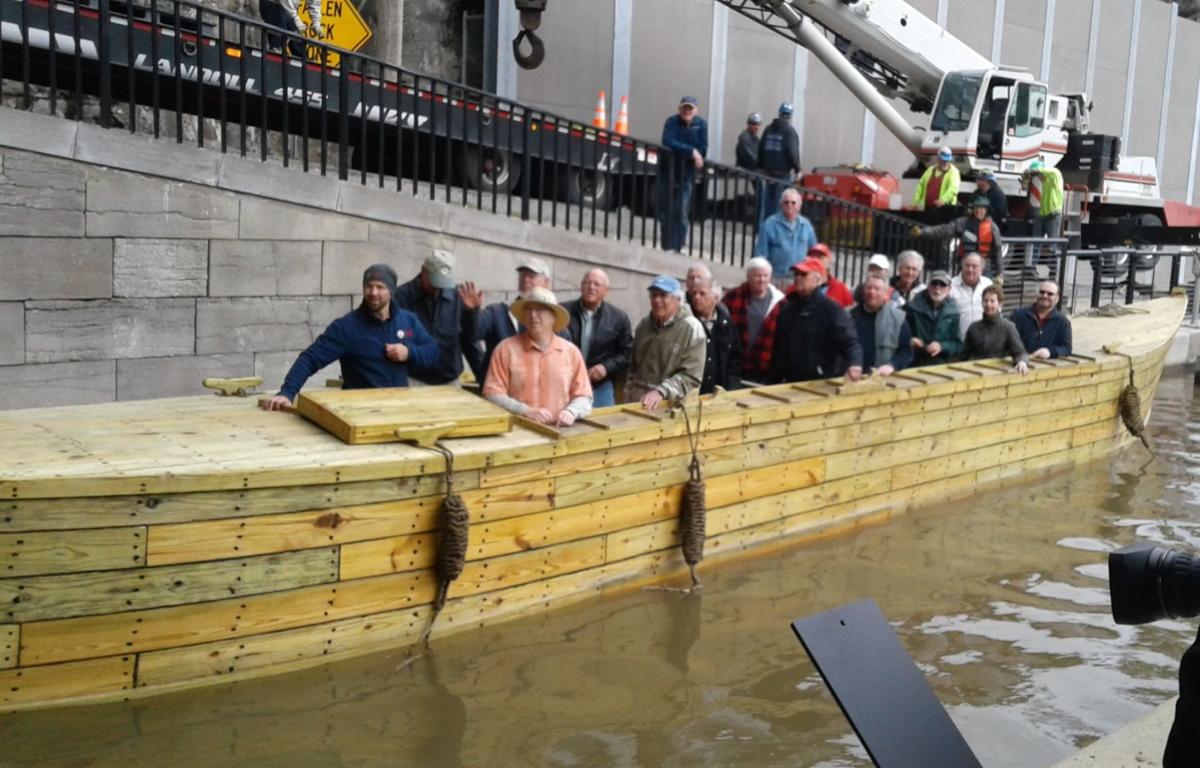 The Erie Traveler, a purpose-built demonstration boat, makes its maiden voyage in Lockport's Flight of Five, May 11, 2017.