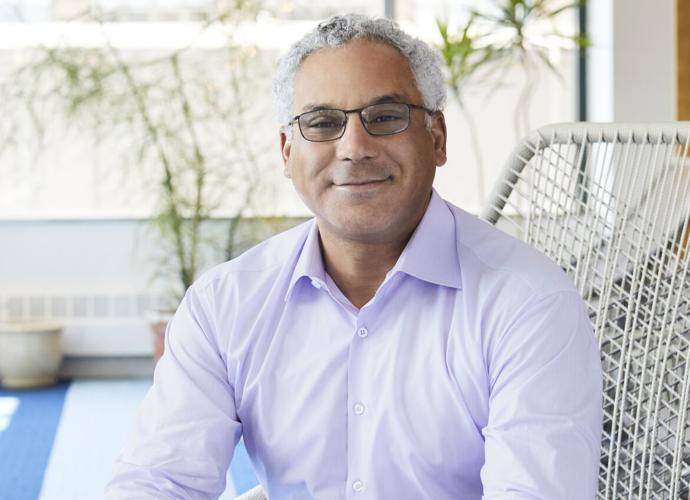 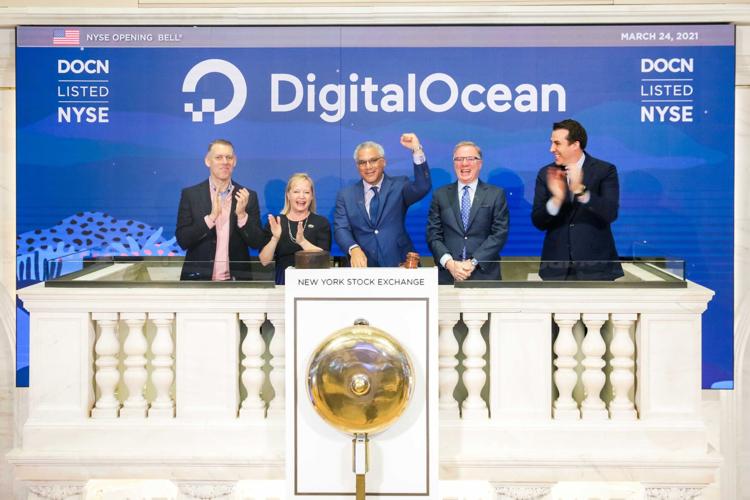 Yancey Spruill beamed as he stood on the platform above the New York Stock Exchange’s trading floor. With the push of a button, he rang the bell that opened the trading day.

Amid the clanging, the CEO of DigitalOcean applauded, celebrating the New York-based tech firm's debut on the stock exchange.

It was a highlight for Spruill, 53, who grew up in Buffalo and went on to build a varied and successful business career – first with Corning Inc., then on Wall Street, and now in the tech world. At DigitalOcean, he leads a company with a market capitalization of $4.8 billion.

But when he thinks about how he got this far, his mind goes back to elementary school on the Lower West Side.

Spruill moved to Buffalo with his family when he was 6 years old. It was 1973. While the Buffalo of today trumpets a “renaissance” – with a gleaming medical campus, a welcoming waterfront and hip startups - Spruill experienced none of that. He was living on Hudson Street in a city in decline.

"I grew up essentially when the Rust Belt was rusting.” Spruill said. “No one really knew.”

Manufacturing was migrating overseas. Bethlehem Steel was headed toward shutting down its main steelmaking operations here. And young Spruill was stuck at a “broken-down, segregated school.”

But to his good fortune, the elementary school closed. As he entered fourth grade, Spruill was sent to Waterfront Elementary, the city's first pre-K to eighth grade magnet school.

“It might be the biggest event for me, because it just introduced me to a whole different people, economically, professional people, etc.,” he said. “Most of the people on the West Side were blue collar. It just gave me a whole different lens on life, and it was a really good school."

Spruill went on to another good school – Hutch-Tech – for high school. But he was aware of the effects of economic decline happening around him. Friends’ family members were losing factory jobs. The Courier-Express newspaper, which he had delivered as a carrier, shut down.

“The whole life of, you go to high school and then you're 16, you drop out and get on a No. 5 bus and go make $50,000 a year at Bethlehem Steel, that world collapsed while I was growing up in Buffalo,” he said.

Spruill knew education was his ticket out. When he graduated from Hutch-Tech, he made a tough decision: leaving his family behind in Buffalo to attend Georgia Tech, to study electrical engineering.

“I got on People's Express with 700 bucks in my pocket and went to Atlanta, which couldn't have been more opposite of Buffalo in the ‘80s,” he said.

Atlanta was a dramatic change of scenery for Spruill.

“It just growth,” he said. “And it was perfect for me to come out of an environment where the world seemed to be ending on Buffalo economically and go to a place where the possibilities were infinite.”

Spruill found good mentors in Atlanta. Some of them were even former Buffalonians who had relocated there.

“It was a great combination that I think set me on the trajectory that I was on, because I went from a world where the possibility was, hopefully you get one of the few jobs that come up at $22 an hour in a manufacturing plant, and go get an engineering degree,” he said.

After college, Spruill took a job with Corning Inc. in North Carolina. This was the late 1980s, when Corning’s optical fiber business was ascendant.

"The world was being wired with fiber,” he said. “This was pre-internet."

Spruill liked working for Corning. But he knew he wasn’t an engineer at heart.

“I was very good at math, and it was the ticket out of Buffalo economically, but it just wasn't lighting my fire as much as the business side,” he said. “I'm grateful that Corning exposed all of us to the business metrics that really piqued my curiosity.”

After a stint at Clorox, he was determined to dive deeper into the workings of business, and enrolled in Dartmouth College’s Tuck School of Business. With an MBA in hand in 1997, he went on to work in investment banking on Wall Street, like so many of his fellow Ivy League graduates.

Spruill came to realize what really intrigued him was technology, and its potential to change the world. He eventually made a career change, moving into the tech world.

Over time, he helped lead two different companies into going public: DigitalGlobe and SendGrid. Two years ago, he was named CEO of DigitalOcean, a cloud computing technology firm, which went public this year.

Being part of a company that makes that leap never gets old, Spruill said.

“It's such a validation of what you've done,” he said. “It's sort of this bridge, like the Peace Bridge. You’re crossing over into something. It's a validation of where you are and a validation that you can go and get this big opportunity ahead of you. That capital bridge is funding the future, based upon the success of the past. "

But Spruill doesn’t consider going public the pinnacle for a business. He sees it as more of a starting point for the next phase.

“The private markets fuel you to a point, and then it's time for them to jump off the bus,” he said. “And the IPO’s about bringing new people on the bus for the next part of the journey. It's the Super Bowl.”

Spruill now lives in Colorado. He maintains connections to Buffalo, all those years after he left for Georgia Tech. His mother lives in Williamsville, and he stays in touch with friends here. When he visits, Buffalo looks different to him now.

“What I'm glad to see is, it's stabilized,” he said. “It's sort of recovered. It seems to find legs, different sort of legs than over the prior hundred years. I'm excited that hopefully things get better, certainly aren't in decline, if you will.”

Buffalo wants to cultivate the type of startups that Spruill has built his career with. The most prominent example is ACV Auctions, a past champion of the 43North business plan competition, which had its initial public offering in March.

In fact, on the very same day that ACV’s CEO, George Chamoun, was opening trading on Nasdaq, Spruill was doing the same thing at the New York Stock Exchange.

Spruill said he sees the “seeds” of a tech ecosystem being planted in Buffalo.

“What you need is more ACVs,” he said. “More ACVs build more ACVs, as people make money, and capital to reinvest. You need wins. That's the next breakout that Buffalo needs: more of those companies that actually succeed.”

Spruill enjoys working with young entrepreneurs. He’s looking at formalizing a role with Endeavor Western New York, which mentors startups including Squire, another 43North prize winner that is on the rise.

“That's the thing that could lead the next hundred years, is a great tech ecosystem,” he said.

“As an Endeavor WNY mentor, Yancey is not only building a great company, but is nurturing the future of our startup community,” Gavigan said. “His depth of experiences, acumen and skills are in line with the type of talent that makes Endeavor great and represents Western New York so well to our global network.”

The Hutch-Tech alumnus has come a long way from his days growing up in Buffalo, wondering about his future.

What would he tell another young person looking to succeed like he has? Spruill has a couple of pieces of advice.

“I think to be successful in business, what's worked for me is to have a big picture view – have a view, on the economy, on a specific opportunity,” he said. “Don't back into it. You need to be intentional or at least have a view that creates intentionality. And just be passionate.”

“The other is, you've just got to work hard.”

Heralded biology professor Michael Noonan frequently traveled across the world with Canisius College students, filming wildlife and making videos aimed at conserving the natural environment. But Noonan’s actions on one of those trips and on campus – including allegations that he repeatedly sexually harassed female students – are now the focus of a federal lawsuit against the college.

In his first visit to Buffalo since leaving office last August, Andrew M. Cuomo revived a host of themes familiar to his more than 10 years as governor during a Sunday appearance at True Bethel Baptist Church aimed at consoling a grieving community.