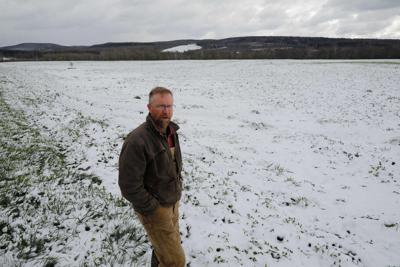 BELVIDERE – When Charlie Bares looks out across hundreds of acres of rich soil in this Allegany County hamlet, he sees the alfalfa and corn grown here to feed the cows at his dairy farm 20 miles away.

But he’s not the only one with his eye on this even swath of cropland running along the Genesee River.

Great Lakes Cheese, an Ohio-based company with billions of dollars in annual sales, sees something else: the future site of a cheese manufacturing and distribution center big enough to fit two Walmart supercenters with room to spare.

The company would shut down its Empire Cheese factory in Cuba and spend $505 million to construct, equip and extend utilities to the new complex straddling the towns of Amity and Angelica.

Boosters say the potential investment, described as one of the largest in the county’s history, would offset the ongoing loss of good-paying manufacturing jobs here and prop up an area racked by poverty.

Great Lakes said it would nearly double its workforce at the new plant and buy up twice as much milk as before from local dairy farmers. But if it doesn’t get its way, officials said, the company has threatened to pack up and leave within five years.

That’s why the Allegany County Industrial Development Agency approved a hefty package of tax incentives, worth $200 million over 20 years, to underpin the project.

And the agency is moving to take control of 229 acres of Bares’ land through eminent domain, arguing the financial benefits of the proposal serve the community interest.

“The public benefit of the project is overwhelming,” the IDA said in a statement.

It’s a dramatic standoff that pits county leaders, economic development officials and large dairy cooperatives against residents in Cuba – where cheese-making would end and property tax payments would shrivel up – and Bares.

He’s tried to rally opposition to the plans but said he realizes his odds of stopping the project are long.

“I think helping out a billion-dollar company is not public benefit,” Bares said on a wintry morning while standing along the Belvidere site. “I think taking away the best farmland in Allegany County is very short-sighted.”

Great Lakes Cheese packages and distributes to retailers and food-service operations the cheese produced at its own plants as well as cheese imported from around the world.

The company is based in Hiram, Ohio, and has 3,000 workers and annual revenue of $3.3 billion, according to Forbes. It’s one of the largest privately controlled companies in the country.

Cuba’s Empire Cheese plant traces its roots to 1871 and was sold to Great Lakes Cheese in 1993.

The plant makes provolone and mozzarella, and medals earned at cheese competitions line the walls of the visitor waiting area.

Great Lakes Cheese has expanded the Cuba plant and its workforce, which numbered 125 in 1993 and stands at 229 today.

But, the company says, the plant requires significant upgrades and there isn’t room to build a new factory or expand the existing structure again.

“The building is at the end of its life,” Matt Wilkinson, vice president of technology and business development, said in an interview.

The IDA said Great Lakes Cheese looked at 70 sites in Allegany County before settling on this property at the Crossroads in Belvidere, just south of the Belmont exit of I-86.

The IDA said it spent six months working with the company to find a new location in Cuba.

“In the end we fell short on a location that meets their specialized needs and lacked time to pursue further options,” Cuba Supervisor Lee James said in an email.

The company would spend $505 million on the project, including $110 million on construction and $261 million for production equipment.

Plant construction would begin this year, using 500 workers in all, with it opening by 2025. The company promises to hire 200 additional plant workers, at an average salary of $45,000.

Great Lakes Cheese would pay nothing on the development for 15 years and then a gradually increasing amount over the final five years of a 20-year agreement, for a total of $20.7 million.

Wilkinson said the project doesn’t work financially without the incentives. “The margin in this industry is very slim,” he said.

Tax breaks and the company’s insistence on leaving Cuba for Belvidere were points of contention during three public hearings held this year.

“That's a lot of tax exemptions,” Steven Raub, a Village of Cuba trustee, said during the Feb. 9 hearing.

“Then you're going to have this monstrosity right smack dab in the middle of the county empty,” she said. “Then what?”

Wilkinson told The Buffalo News this plant would have a 50-year lifespan. “When you make that kind of investment, you know it’s going to be there for a long time,” he said.

Some critics wondered why Great Lakes Cheese can’t build at an industrial site, such as the former Siemens Dresser-Rand plant in Wellsville, or on its existing, 383-acre site in Cuba.

Clark at the hearing said the company needs extensive flat land. “And the other thing is while they are building the mega plant, they want to keep production,” he said. “Because they obviously want to keep selling cheese.”

Several residents asked what happens to Cuba and to the current plant if Great Lakes Cheese moves.

The Empire Cheese plant generates $198,000 in annual property taxes, a key source of revenue for the town and the Cuba-Rushford School District, and critics fear losing tax revenue and taking on the burden of a defunct cheese plant.

“This loss to Cuba is more than taxes. It's our heritage,” Connie Doyle, a Cuba Village Planning Board member, said Feb. 9.

Clark, in an email, said, “The company has indicated it wants to work with the community to repurpose it for other beneficial use.”

The land in Belvidere hosts no structures or farm animals and is not part of an agricultural district.

Instead, Bares and partner Joe Strzelec grow corn or alfalfa used to feed the 3,000 cows and 400 calves at their Mallards Dairy farm about 20 miles away in Cuba.

“We value it so highly,” said Bares, who interrupted a tour of the dairy farm to grab a shovel and neaten up the piles of feed set out for the farm’s newest bovine mothers. “The soil is without compare.”

In turn, manure from the cows, which eat 100 pounds of feed per day, is collected at the Cuba farm and used as fertilizer on the Belvidere property.

The Cuba cows, mainly Holsteins and crossbred Jerseys, produce 185,000 pounds of milk per day, most of which is sold to Saputo, the cottage cheese maker in Friendship, Bares said.

He said he was surprised to hear from the IDA one year ago.

“’Great Lakes Cheese is interested in buying your property to build a giant cheese plant. Wouldn’t that be great for you?’” Bares said in describing the pitch.

The three parcels in question have a combined assessed value, for tax purposes, of $179,300.

“I think everybody has a price, right?” he said, adding the sides are divided by a “chasm.”

That’s why the IDA has started the process to take control of the property through eminent domain.

Under state law, a government agency can use eminent domain to take control of private property to make way for private development, if the “public benefit” is predominant. The entity must pay fair-market value for the property.

It also would alleviate poverty in a census tract where unemployment and household poverty are both nearly double the rates for the county at large, the agency said.

“If the company is unable to build a new facility in the Allegany County region, the company has stated that it will leave the state,” the IDA said in a notice in January. Wilkinson declined comment.

Bares said it’s not fair for the government to favor one private enterprise over another.

The IDA’s board approved the tax breaks one month ago. The eminent domain fight next would move to the courts and, if Bares keeps up his legal efforts, any resolution could be months or years away.

Dozens rallied against the eminent domain land seizure Thursday outside the Allegany County Courthouse in Belmont.

Clark said the IDA still would prefer to reach a negotiated conclusion to the fight.

Wilkinson, the Great Lakes Cheese vice president, said the company wants to move forward in Allegany County but there is a point when too much of a delay would put the project at risk.

Bares’ attorneys have told him his chances aren’t great but, he said, “My perseverance is probably pretty strong.”

Grab a slice of history in Allegany County

A century ago, this small Allegany County town was considered “the Cheese Center of the World.” In the 1880s, there were about 1,500 neighborhood cheese factories in New York State, and the national price for cheddar cheese was established each Wednesday by a group of men who met each week at Cuba’s Hotel Kenney. > Cheese Museum The best

It’s a cheesy idea. That’s no insult to Nico Van Zwanenberg, who’s trying to open a cheese museum in Cuba, N.Y. Van Zwanenberg, along with other members of the Cuba Cheese Museum Committee, are searching for cheese- or milk industry-related artifacts. “The story of agricultural change in Western New York, brought about by ever-changing technology, is fascinating,” he said.

Empire Cheese Inc. of Cuba has been purchased by an Ohio-based cheese packaging firm that plans to do a multimillion-dollar upgrade of the local factory. Executives of Great Lakes Cheese Co., which is headquartered near Cleveland, say they will spend $3.5 million on new equipment for the Allegany County facility. The machinery is designed to increase production, said Comptroller 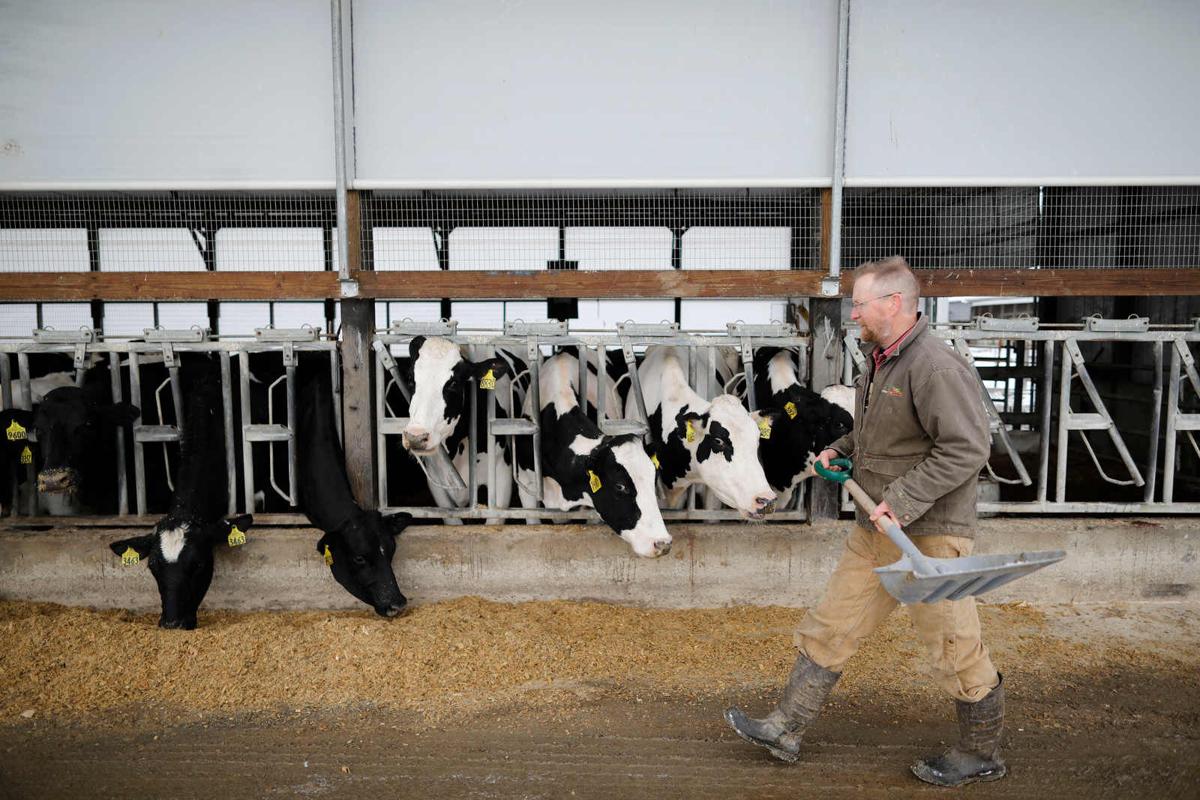 Farmer Charles Bares shovels feed for some of his cows. 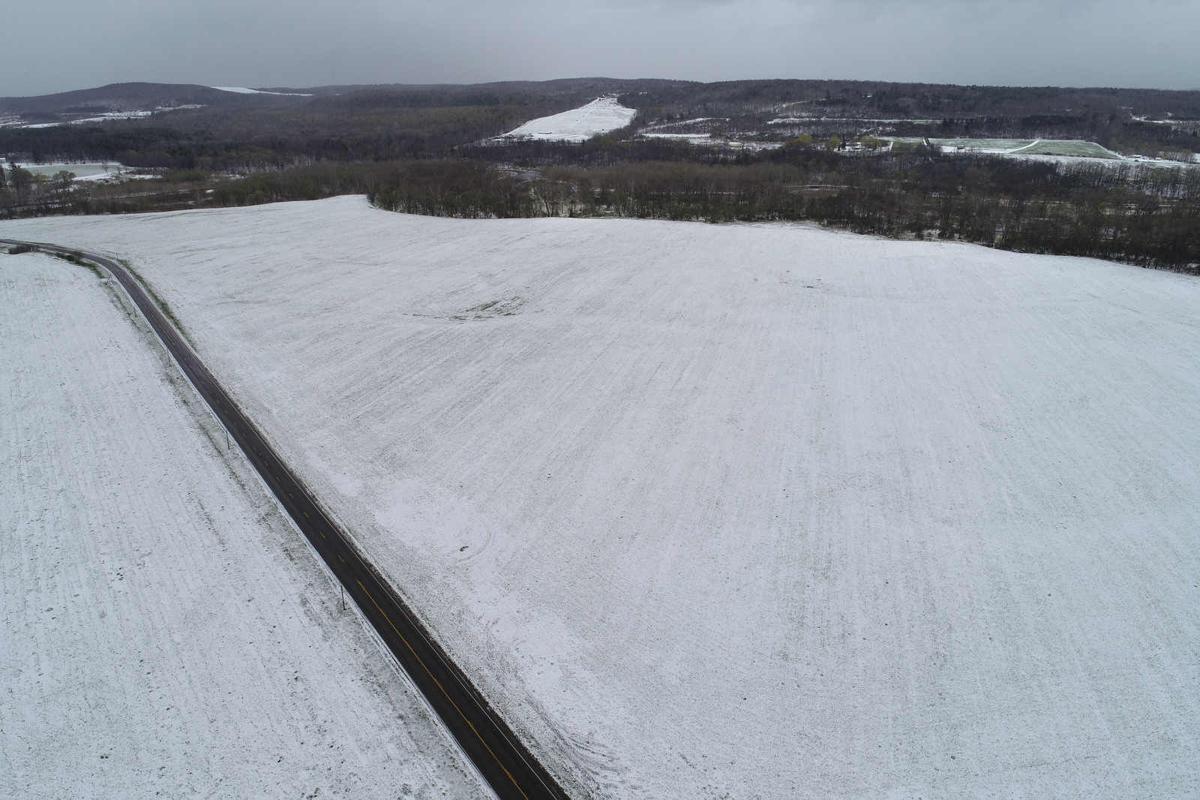 An aerial view of a field owned by Mallards Dairy Farm in the hamlet of Belvidere where alternating crops of alfalfa and corn are grown to feed the 3,000 cows in farm's herd. The field is at the center of a dispute in which the county IDA is attempting to use eminent domain to acquire the land so Great Lakes Cheese can build a new factory. 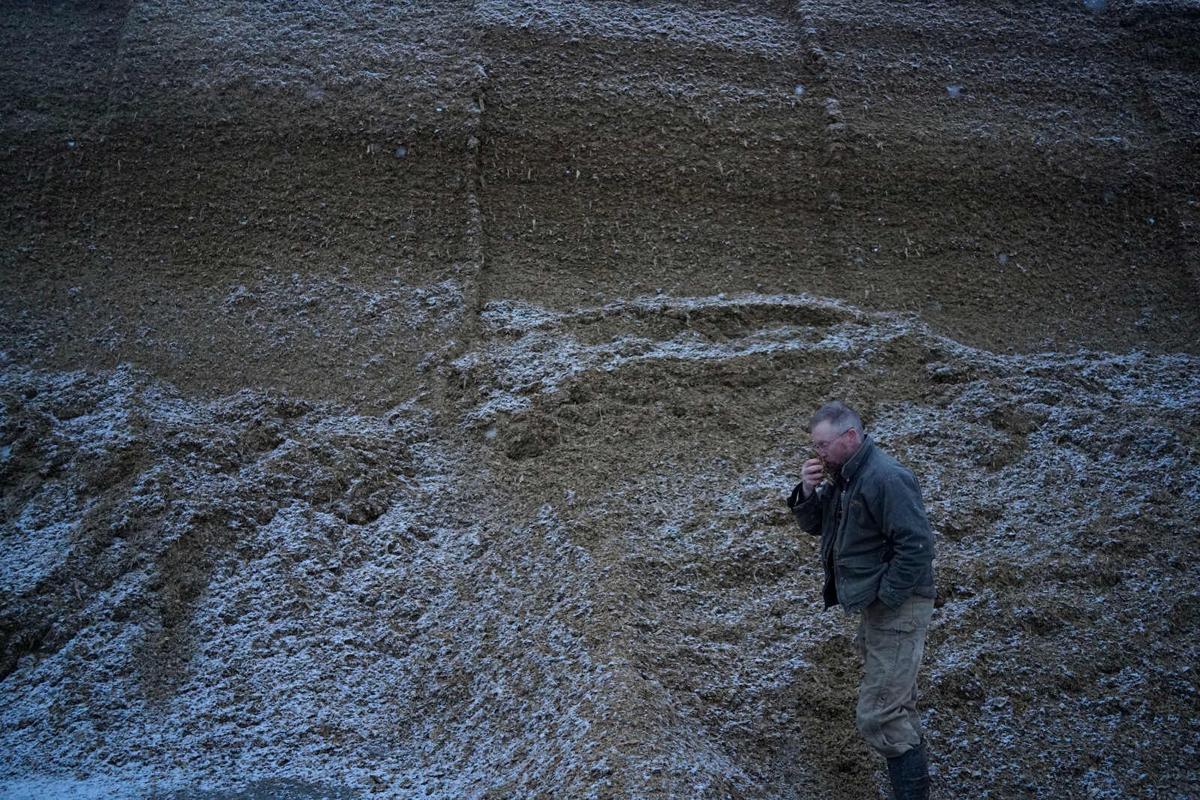