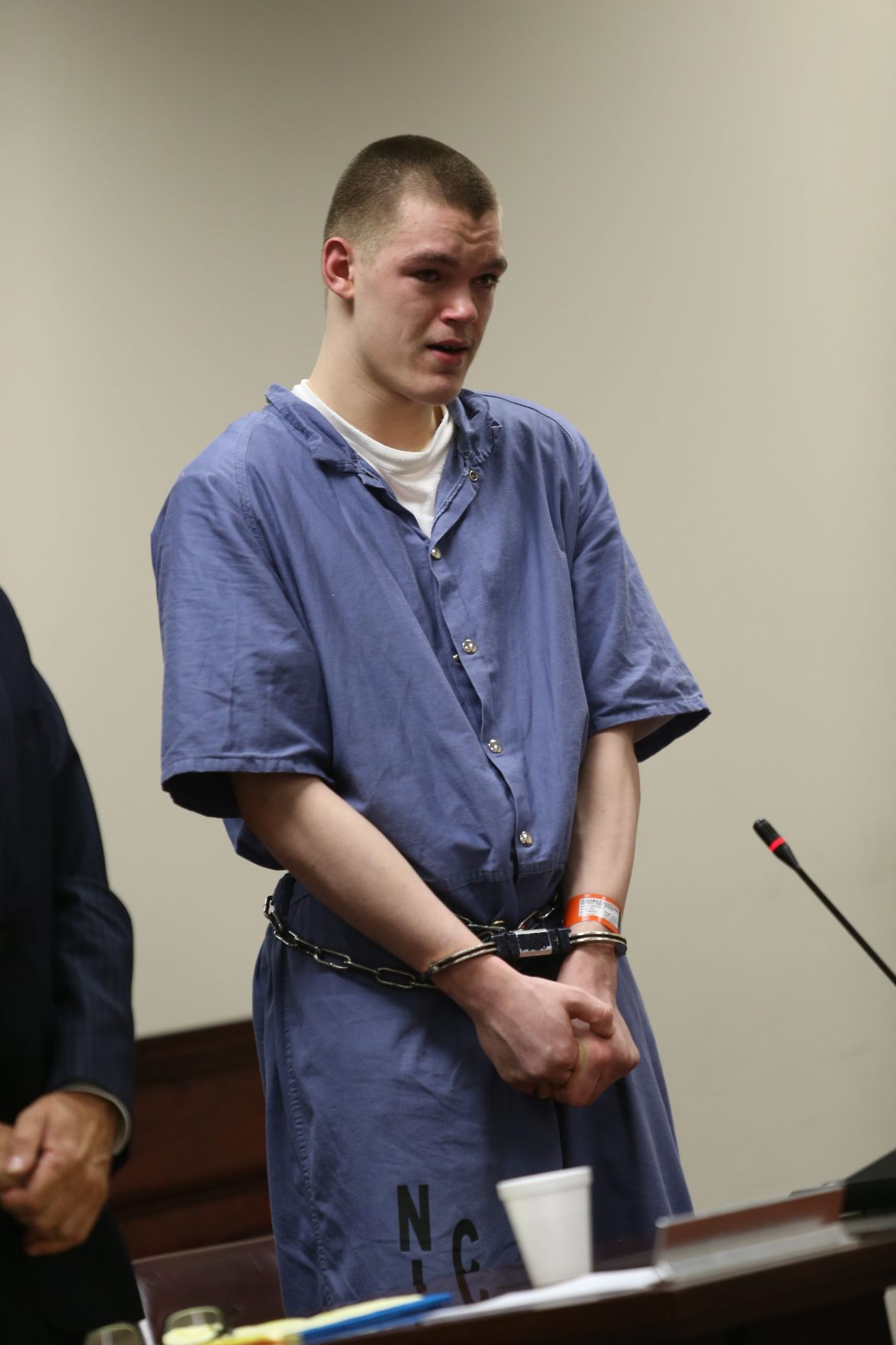 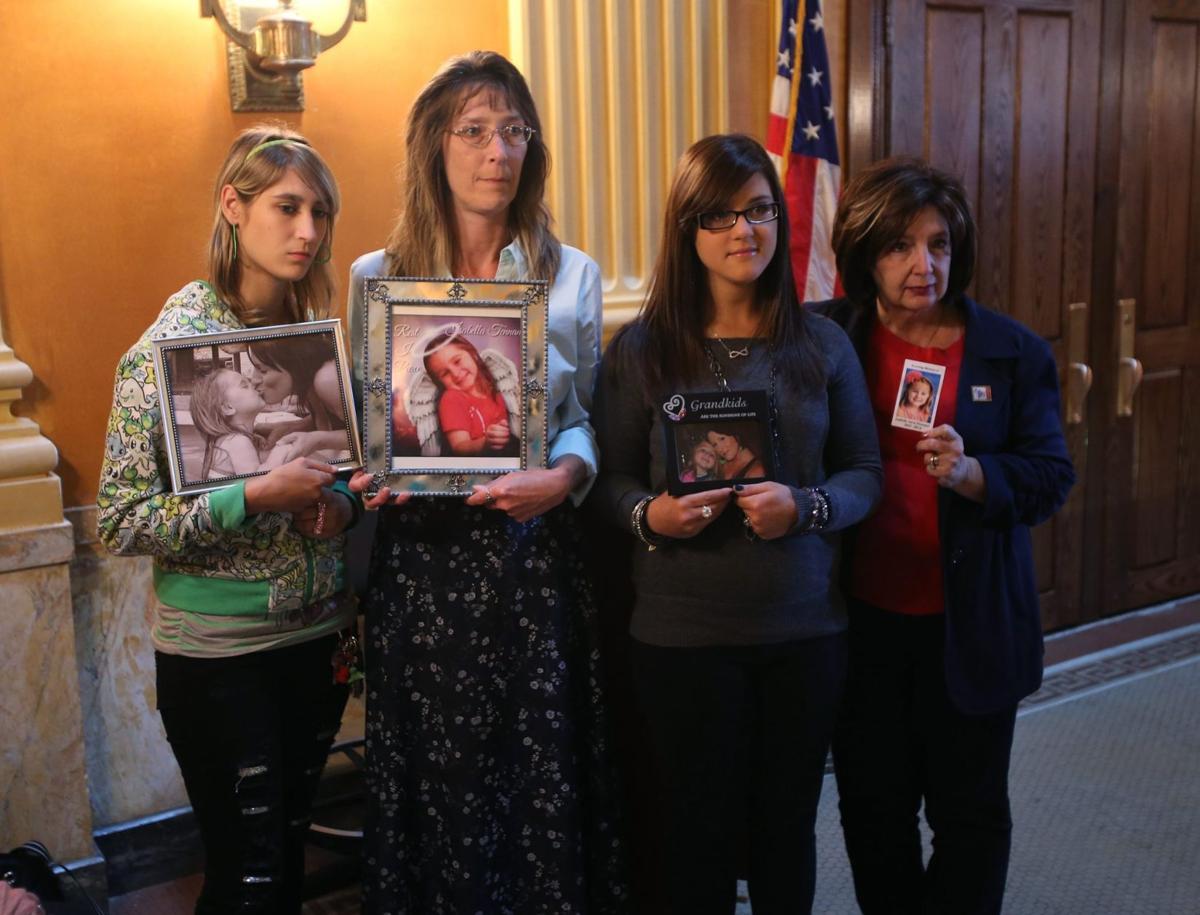 LOCKPORT – John R. Freeman Jr. was denounced by Isabella M. Tennant’s father as a “disgusting animal” Thursday, as Freeman was sentenced to 22 years to life in prison for killing the 5-year-old girl in her great-grandparents’ Niagara Falls home.

Niagara County Judge Matthew J. Murphy III imposed the sentence, which was the most severe he could order under the terms of a July 3 plea bargain.

It was slightly less than the legal maximum of 25 years to life for second-degree murder, to which Freeman had pleaded guilty in the Aug. 26, 2012, death of the Cheektowaga girl.

Freeman was repentant in court. “I’m so sorry for all the family,” he said, choking back sobs as he turned toward the girl’s relatives. “I’m just sorry. I can’t say anything else.”

She told Murphy that when he was questioned by Niagara Falls police, Freeman “was calm, cool and collected, pleasant as he could be with the detectives … He spoke in cold detail of how he murdered, with his bare hands, a defenseless 5-year-old girl.”

Freeman, 17, of Sixth Street, Niagara Falls, killed Isabella after he was left to watch her in the home of her great-grandparents, Hank and Sharon Lascelle of Sixth Street.

The girl’s mother, Crystal Walker, had left the child with the Lascelles while she went to her job at a Niagara Falls bar. The Lascelles went to bed and left the girl with Freeman, who was a nearby neighbor and family friend.

Freeman also had pleaded guilty to a lesser felony of tampering with physical evidence; the four-year prison sentence for that crime was merged with the murder sentence.

After the murder, Freeman awakened a friend, Tyler S. Best, 19, of Barnard Street, Buffalo, and told him what had happened.

Best, who was staying at Freeman’s house on the night of the killing, pleaded guilty Aug. 2 to tampering with physical evidence and first-degree hindering prosecution for helping Freeman hide the body in a garbage tote.

Best went to Niagara Falls Police Headquarters the morning after the murder, told detectives what had happened and led them to the body.

When he pleaded guilty, Best said he “felt threatened” that night by Freeman, who had apparently already been planning to dump the body.

“He held out a bag to me. We bagged her up and put her in a trash can,” Best said.

Best’s sentencing is set for Sept. 27.

He has been in jail ever since his confession. The time he has served will count toward the maximum sentence of 16 months to four years in prison, a cap that Murphy agreed to as part of a plea bargain.

Police said Freeman told them that Isabella wouldn’t go to sleep and that he ended up choking her to death.

“He couldn’t answer why,” Sloma said. “And that is what makes him, at 17 years old, so dangerous.”

Defense attorney Robert Viola said evidence produced by a pediatric neuropsychologist, who examined Freeman when a mental health defense was being considered, showed that Freeman suffered from fetal alcohol spectrum, a birth defect caused by his mother’s drinking while she was pregnant.

Viola said that disorder impaired Freeman’s decision-making abilities, but not so much that a mental health defense could have succeeded.

Murphy didn’t buy it. He told Freeman that fetal alcohol spectrum is “still no excuse for your behavior.”

The judge said, “You crushed her life with no more thought than someone might crush a butterfly.”

Jack Tennant, of Lancaster, the brother of Isabella’s father, Michael Tennant, read a letter that Michael wrote instead of coming to court, because, according to the letter, he felt he might not be able to control himself if he saw Freeman.

The letter called Freeman “this disgusting animal who thought he was so tough that he had to choke a 5-year-old girl.”

He also wrote, “Freeman, do yourself a favor. Hope and pray that I, Isabella’s father, die before you get out of prison, because I will be watching and waiting for you. I’d like to see you choke me.”

Crystal Walker has moved out of state and did not attend the sentencing. The dead girl’s great-aunt, Linda Schram, told reporters, “Isabella is gone forever, and I don’t think any sentence can justify that. But as you can see, Isabella is not forgotten.”

Schram was one of a group of relatives who held up framed photos of the girl for media cameras.

Sloma said that after detectives told him of Best’s confession, Freeman said, “Well, it looks like I’m going away for the rest of my life.”

When Joe Biden took the oath today to become the 46th president of the United States, Sue Spooner, of Syracuse, was thinking about the teacher she once called "Miss Hunter" but is now simply described as Neilia.