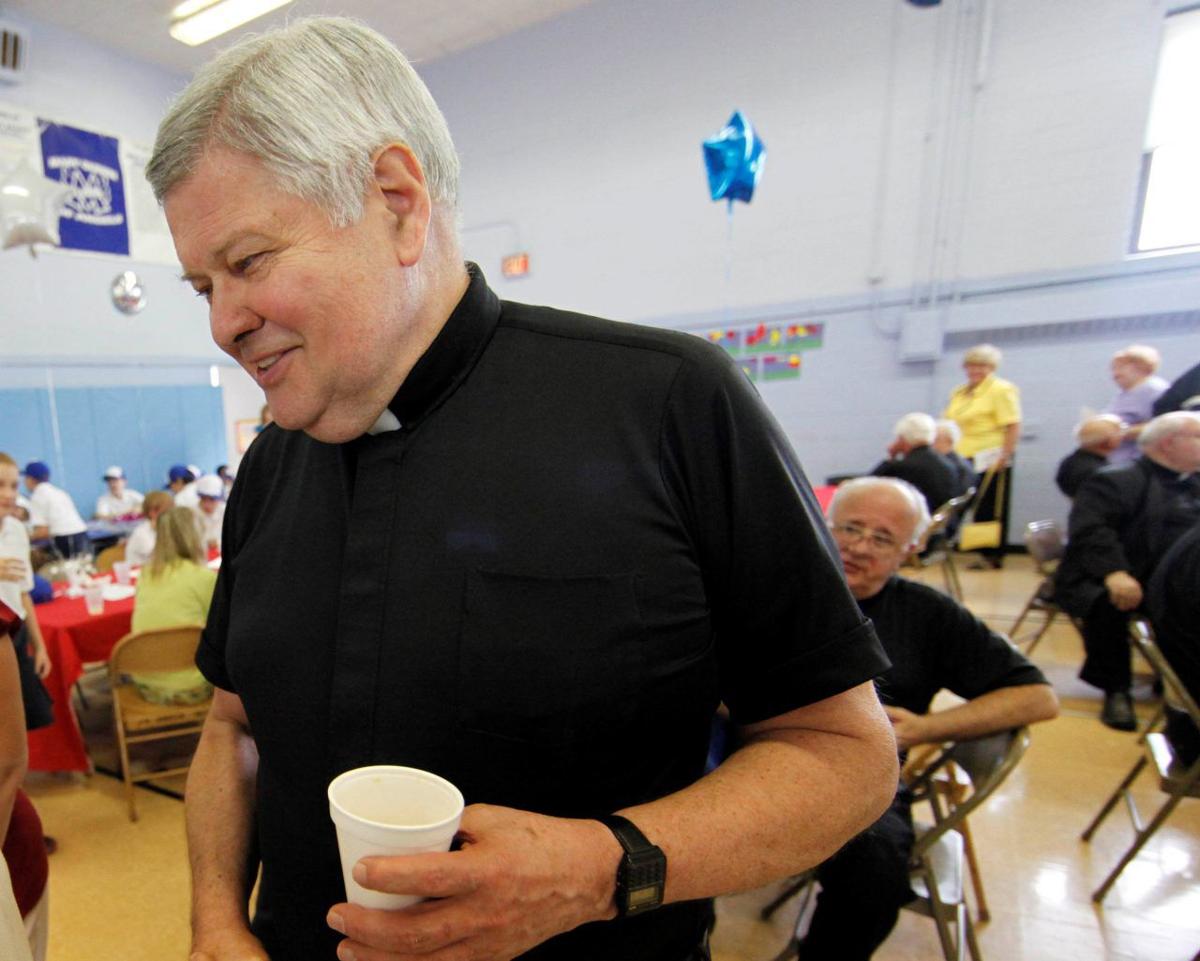 The Rev. Fabian Maryanski, pictured in 2010. The Diocese of Buffalo announced it has added Maryanski to its list of priests who have been credibly accused of sexual misconduct with children. (News file photo) 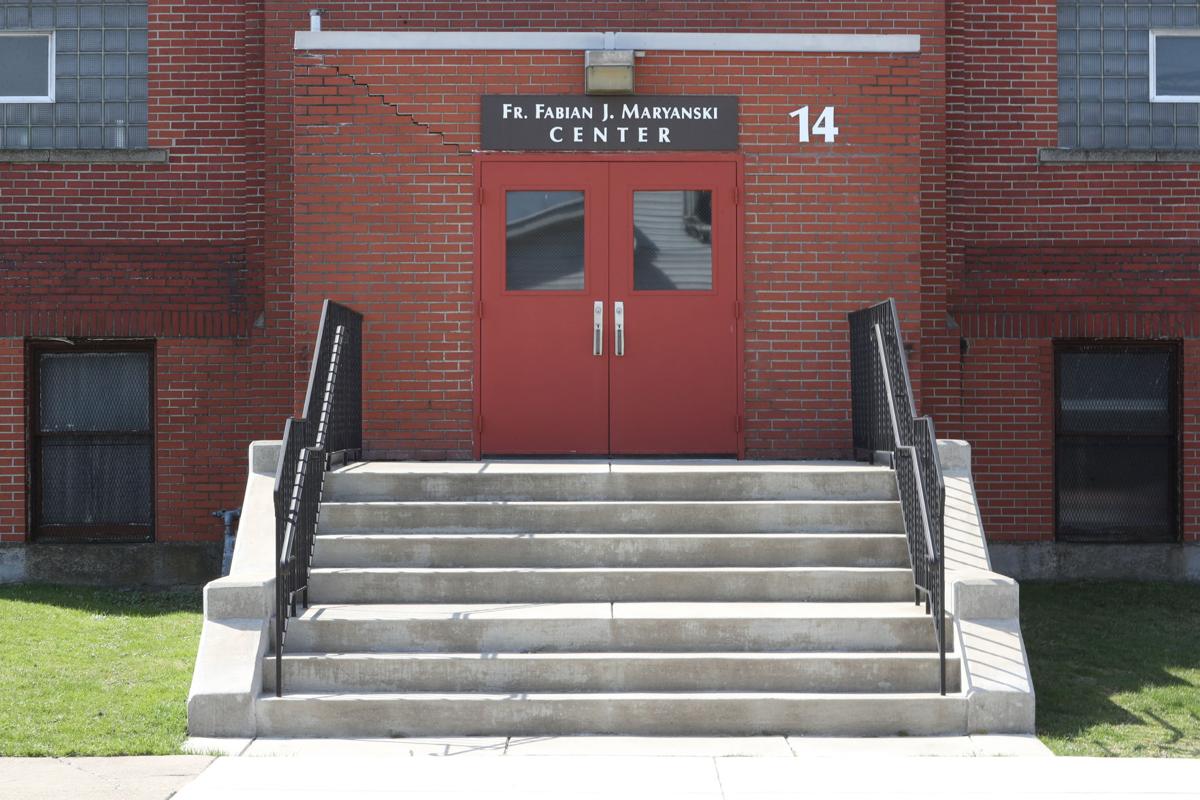 St. Andrew Church in Sloan named its parish hall after the Rev. Fabian Maryanski, its retiring pastor, in 2014. It removed Maryanski's name from the building after the diocese determined he had been credibly accused of sexually abusing a girl. (John Hickey/Buffalo News)

Diocese of Buffalo officials assigned the Rev. Fabian J. Maryanski to work in parishes for more than a decade after he was accused of having sexual contact with a teenage girl in a church rectory.

The priest started his sexual advances on the girl when she was a 15-year-old parishioner at St. Patrick Church in Barker, according to a 1995 letter sent by her lawyer to diocese officials.

The letter from Rochester attorney Charles A. West Jr. to then-Bishop Edward D. Head alleged that Maryanski's sexual advances escalated from hugging and kissing to sex. The abuse is alleged to have started in the mid-1980s, when Maryanski was pastor of St. Patrick Church.

Maryanski, 77, was not among the 42 diocesan priests identified by Bishop Richard J. Malone in March as having a credible allegation of child sexual abuse lodged against them.

Maryanski, in an interview with The Buffalo News this week, initially denied having had any sexual contact with the parishioner. But in a follow-up interview, he admitted to having sex with the woman when she was in her 20s. "Not when she was 15 or 16 or a teenager," he said.

Maryanski’s accuser said the priest first had sexual contact with her when she was 15. He later got her drunk and had intercourse with her on her 18th birthday, she said. Maryanski was 45 at the time.

Maryanski resigned as pastor of St. Patrick Church in September 1995 and was not assigned to another parish until 2000. He was listed in the Official Catholic Directory as absent on leave from 1996 to 2000, although he resided and celebrated Masses at St. Mary Church in Medina during that time. In 2000, he was appointed parochial vicar of St. Philip the Apostle Church in Cheektowaga. He was transferred in 2005 to be pastor of St. Andrew Church in Sloan, where he stayed until retiring in 2014. St. Andrew Church named its parish hall the Father Fabian J. Maryanski Center in his honor.

He continues to celebrate Masses, primarily at Nativity of the Blessed Virgin Mary Church in Clarence.

George Richert, a spokesman for the Buffalo Diocese, declined Friday to comment.

In 2002, the U.S. Conference of Catholic Bishops implemented a "zero tolerance" national church policy that called for any priest credibly accused of child sex abuse, in even a single instance, to be removed from ministry.

The woman who accused Maryanski in 1995 now lives outside the area. She said she's still a practicing Catholic, but feels abandoned by Buffalo Diocese leaders who ignored her complaints and failed to follow their own guidelines.

"As hurt as I am by what [Maryanski] did to me, the fact that the shepherds who were supposed to protect their flock decided to protect the wolves instead is beyond my ability to accept at this point," she said.

The News is withholding the woman's name at her request. She reiterated the allegations from 1995 in a recent claim to the diocese's new program to compensate childhood victims of clergy sex abuse.

She said she has yet to hear anything back from the diocese about her claim, which was sent by certified mail on April 12.

"The diocese said they were contacting all of the victims who previously filed. I'm still waiting for that," she said. "I was really naïve to think that the Diocese of Buffalo was somehow going to have changed and be ready to really work towards healing for victims. I'm angry, sad and lost. Not just for me, but for the entire church and all of the other victims."

She said her abuse led to recurring nightmares, depression, lingering guilt, anger and loss of self-esteem. She said she gets panic attacks talking with people over the telephone.

"This abuse destroyed my life," she said.

The woman said she was groomed by Maryanski from the first day she met him in the summer between her sophomore and junior year of high school. She said she and her brother rode their bicycles to the church for Mass and to meet the new pastor. She also wanted to tell the priest that she wasn't interested in being a lector at Masses anymore. Her brother went home after Mass, and Maryanski invited her to the rectory, where they spent a couple of hours together talking, she said.

She said the meeting ended with Maryanski embracing her tightly, rubbing her buttocks and saying, "Be a good girl."

Soon, Maryanski was showering her with attention and expensive gifts, including a new bicycle, a camera, shopping trips, a boom box and cash, she said. She said he invited her to visit the rectory whenever she wanted, and she sometimes skipped school to be with the priest during the day. He loaned her money for her first car, let her wear one of his clerical shirts to school and even promised to marry her, she said.

At one point, the woman's mother said she confronted Maryanski and asked him point-blank about all of the time he spent with her daughter.

"I would say, 'This doesn't seem right. What's going on here? Do you have a relationship with her?' " the mother recalled. "He would just look at me and say, 'Do you think I would do something like that?' "

"He knew we were catching on and we were after him," she added.

The mother said Maryanski apologized years later to her and her husband, when another member of the family sent an angry letter to the priest admonishing him for his behavior.

Maryanski's accuser said her relationship with the priest continued until she was 22. The woman said she feared Maryanski. The priest, she said, threw her to the ground after she told him that she planned to tell another priest about their relationship.

"He threatened that if I ever told anyone they would not believe me and that he would lose his job," she said.

The accuser's mother said she was surprised and infuriated to learn in 2000 that Maryanski received another parish assignment.

Maryanski gave conflicting accounts of the relationship with his accuser.

In an initial interview Wednesday by telephone, he described the woman's accusations as "a false claim" and said that diocesan officials had determined "that I was not guilty."

"I think this thing was all resolved and that's the last thing I heard about it," he said.

He said he knew the woman who made the accusation, but denied sexually abusing her or having any romantic or sexual relationship with her. He also said he was not aware of any letter from the woman's lawyer to Bishop Head. He left St. Patrick after 11 years for a "sabbatical," not because he was being removed by the bishop, he said.

"I needed a little time for reading and writing and things like that," he said.

In a second interview later that day, Maryanski acknowledged that he had sex with the woman, but not when she was a minor. He also maintained that the woman pursued him.

"I never approached her. She came on to me," he said. "She was the one who initiated it."

Maryanski cannot be prosecuted for alleged sexual contact in the 1980s with a minor under the age of 17 because of New York's statute of limitations. Such prosecutions must start by the time the victim turns 23. Maryanski's accuser, who is now 49, also is barred by the state's statute of limitations from suing the diocese in a civil court over the alleged sexual abuse.

It's unclear what kind of investigation the diocese conducted after receiving West's letter, or if the case was reviewed again in 2002, after the U.S. Conference of Catholic Bishops adopted the Charter for the Protection of Children and Young People. Several other Buffalo area priests who had continued working for years despite abuse allegations were quietly removed from active ministry in 2002 and 2003 to ensure that the diocese was in compliance with the charter.

The woman and her mother both said no one from the diocese contacted them in 1995 or in 2002 regarding the allegations.

West, the woman's attorney, sent at least two letters to the diocese, in March and again in August of 1995. Attorney Randall D. White of the Connors LLP law firm, which has represented the Buffalo Diocese for many years, wrote back to West on Sept. 22, asking West to give White a telephone call. Monsignor Robert J. Cunningham, diocesan chancellor and vicar general at the time, was copied on the letter.

West is now retired and could not be reached to comment.

White declined to comment, saying questions should be directed to Richert, the diocese spokesman.

The Rev. Fabian Maryanski, pictured in 2010. The Diocese of Buffalo announced it has added Maryanski to its list of priests who have been credibly accused of sexual misconduct with children. (News file photo)

St. Andrew Church in Sloan named its parish hall after the Rev. Fabian Maryanski, its retiring pastor, in 2014. It removed Maryanski's name from the building after the diocese determined he had been credibly accused of sexually abusing a girl. (John Hickey/Buffalo News)