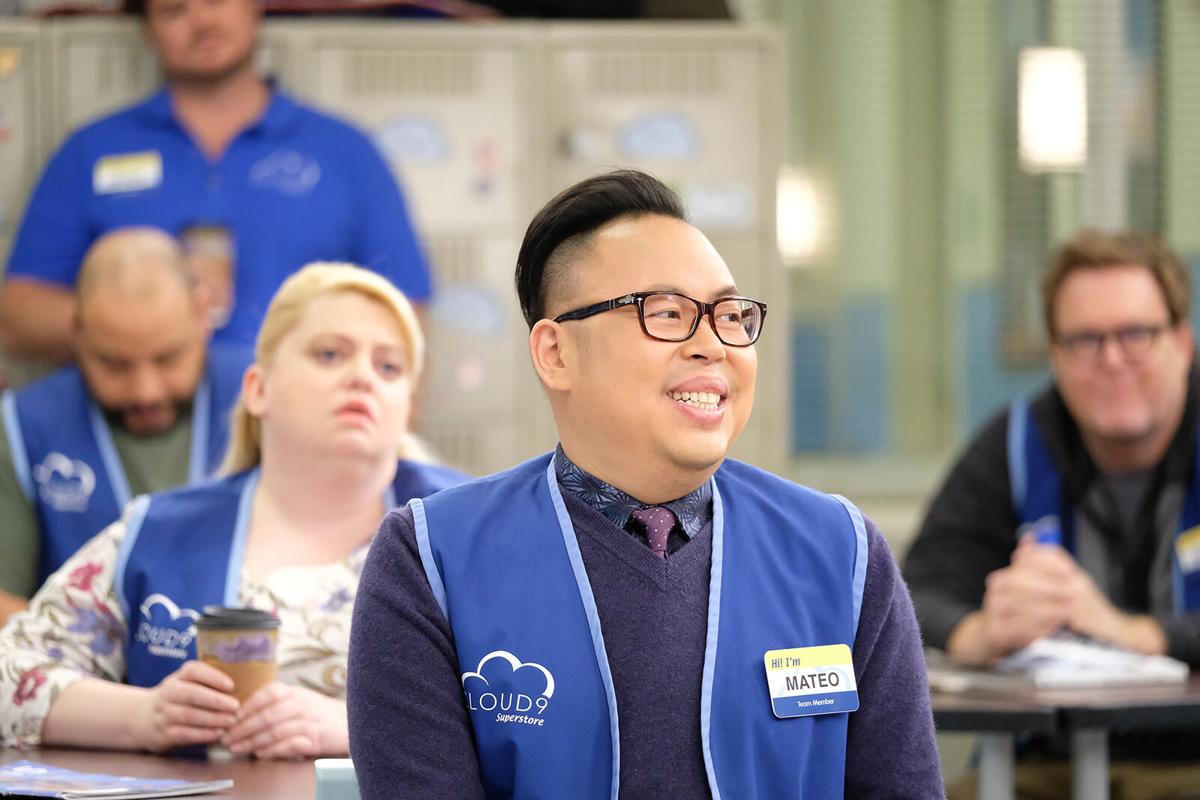 Nico Santos as "Mateo" in a scene from the NBC series "Superstore." 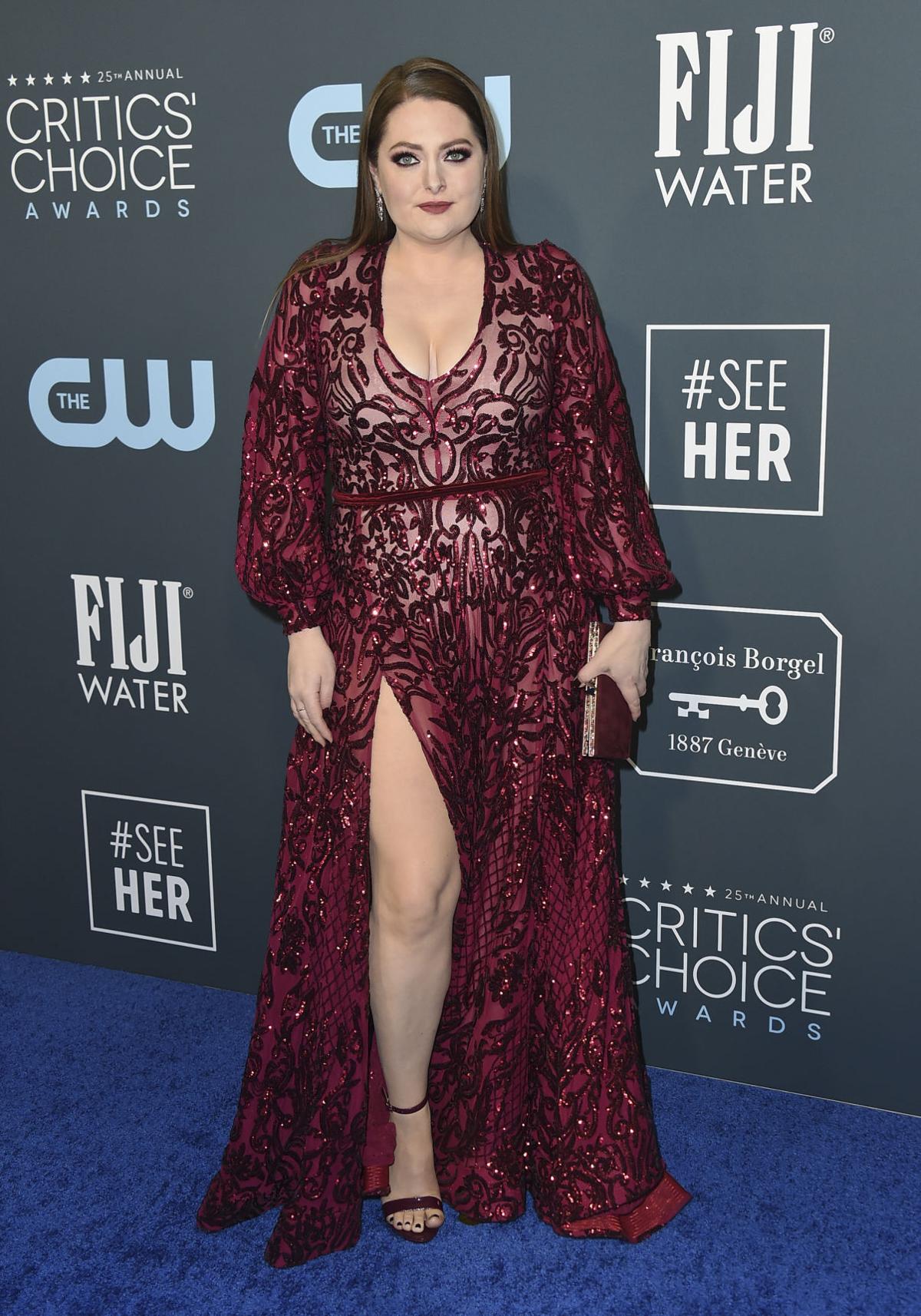 Lauren Ash at the 25th annual Critics' Choice Awards in 2020.

The final episode of the six-season sitcom “Superstore” ran on NBC last month. Cloud 9, the fictional big-box store of the title, was set in St. Louis, but the show’s broad appeal was that it could be any downscale department store anywhere in America.

Actually, make that North America, because Cloud 9 was always as much Zellers as it was Target or Walmart.

Zellers was a discount chain that had 350 stores across Canada, including one in Fort Erie, on Garrison Road, near the Niagara River. But almost all of them – including the one in Fort Erie – were closed in 2013, and the last ones shut down last year.

As it happens, Lauren Ash, who played the uptight assistant store manager Dina Fox on the show, worked as a teenager at the Zellers in Belleville, Ont. She says she brought her experience there to “Superstore,” which was filmed in Los Angeles. This means she was physically in California, acting as if she were in Missouri, while psychically in Ontario.

Ash once told the Toronto Star that the first time she walked onto the set, “it smelled just like Zellers.” Not a bad smell, she said, “just really specific.”

April McNamee, a big fan of the show, once worked at the Zellers in Fort Erie. “I can see the similarities,” she says, “and they make me laugh.” The difference, she says, is her colleagues didn’t date one another nearly as much as they do on the show.

McNamee was born in Buffalo, grew up in Black Rock and attended Kensington High School. She married a Canadian and lived in Fort Erie for 35 years before moving last year to Nova Scotia. She worked at Zellers from 1998 to 2001, mostly in what was called “loss prevention.” She often caught shoplifters, but did not often call the police. If people were desperate enough to steal, she figured, it was better to try to help them than to arrest them.

“Fort Erie is a small town,” she says. “You know everybody. We’re family.”

That’s the secret to the workplace sitcom, too. “Superstore,” like “The Office” before it, is all about the bonds, and the bondage, of our work families.

Mark McKinney, who played store manager Glenn Sturgis on the show, is Ash’s fellow Ontarian. He is an alumnus of “Saturday Night Live,” and she an alumna of Toronto’s Second City. She told the Star they would keep each other in check on set lest they let slip too many Canadian-isms: “Mark will say, ‘Lauren, you ooted today, and you should never oot.’ We also have to be careful we don’t say ‘chesterfield’ and ‘Kraft Dinner.’ ”

Erik Brady: Rick Azar was truly one of the greats. Just ask 'The Great One'

The people you see on TV are often not the same in person. Rick was the same guy, always.

A chesterfield, in Canada-speak, is a couch. And Kraft Dinner, well, that’s Canada’s “de facto national dish,” according to a 2012 cover story in The Walrus, a Canadian magazine. Canadians love Kraft Dinner – KD, they call it – in the inexplicable way that Australians love Vegemite. Or, as the Barenaked Ladies sang, “If I had a million dollars / We wouldn’t have to eat Kraft Dinner / But we would eat Kraft Dinner / Of course we would, we’d just eat more.”

Zellers, as you might imagine, sold boxloads of KD back in the day. And if you bought some at the one in Fort Erie, and then drove west on the Garrison, you would soon pass Kraft Road. It is named for James L. Kraft, founder of Kraft Foods.

He grew up on a dairy farm in Stevensville, Ont., and worked in Fort Erie, in 1901 and 1902, at Ferguson’s General Store. There he observed the frequent spoilage of good Canadian cheddar, and he longed to find a way to preserve cheese for transport. He moved next to Buffalo to be secretary and treasurer of the Sheffield Cheese Company. Later, in Chicago, he established his own company, where he developed a method for pasteurizing cheese. And the rest is processed-food history.

Now, “Superstore” is history, too. The New York Times called it a perfect sitcom for our imperfect times: “No comedy was better suited to live up to our pandemic moment.”

Cloud 9 management failed to provide protective equipment for its front-line heroes, so these crafty low-wage earners came up with a solution on the fly. They decapitated store teddy bears to turn their neckerchiefs into makeshift masks. (Betcha a loonie that made Ash flash back to Zeddy Bear, the teddy-bear mascot of Zellers.)

Erik Brady: Buffalo once had its own Sister Jean; remembering Sister Tom

Did you know Buffalo once had its own Sister Jean? Her name was Sister Frances Niland. And she was a member of the first family of Buffalo basketball.

The show’s final episodes hinged on whether this branch of Cloud 9 would be shut down by its corporate overlords. Lets just say it turns out “Superstore” was always more Zellers than Target. And, in a series-ending montage, the show sweetly managed to tie up many loose ends for its ensemble cast.

When Joe Hassett was a junior at Canisius College, in 1963, he was awarded the St. Patrick’s Scholarship for a summer session of study in Irel…

Nico Santos as "Mateo" in a scene from the NBC series "Superstore."

Lauren Ash at the 25th annual Critics' Choice Awards in 2020.