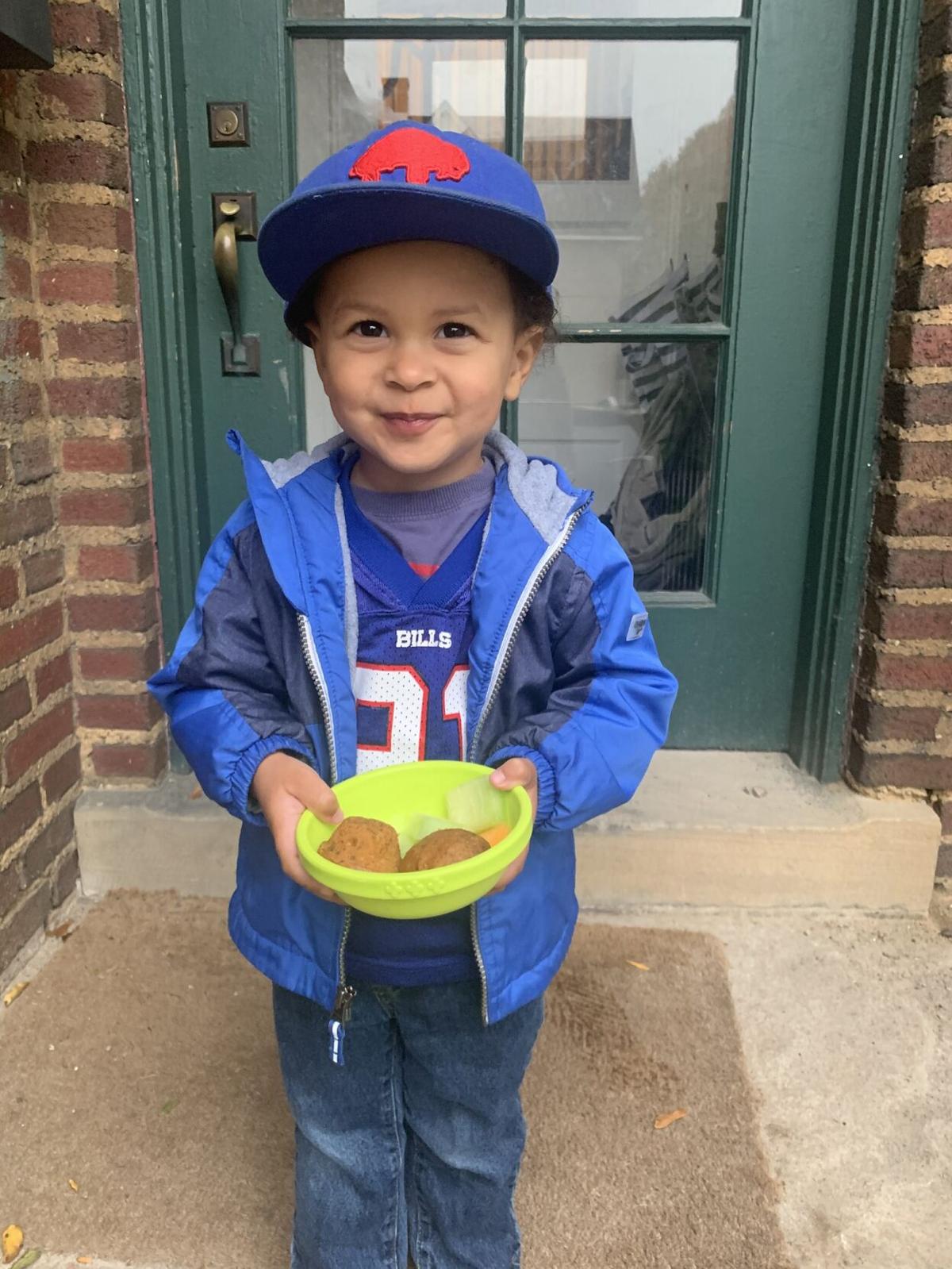 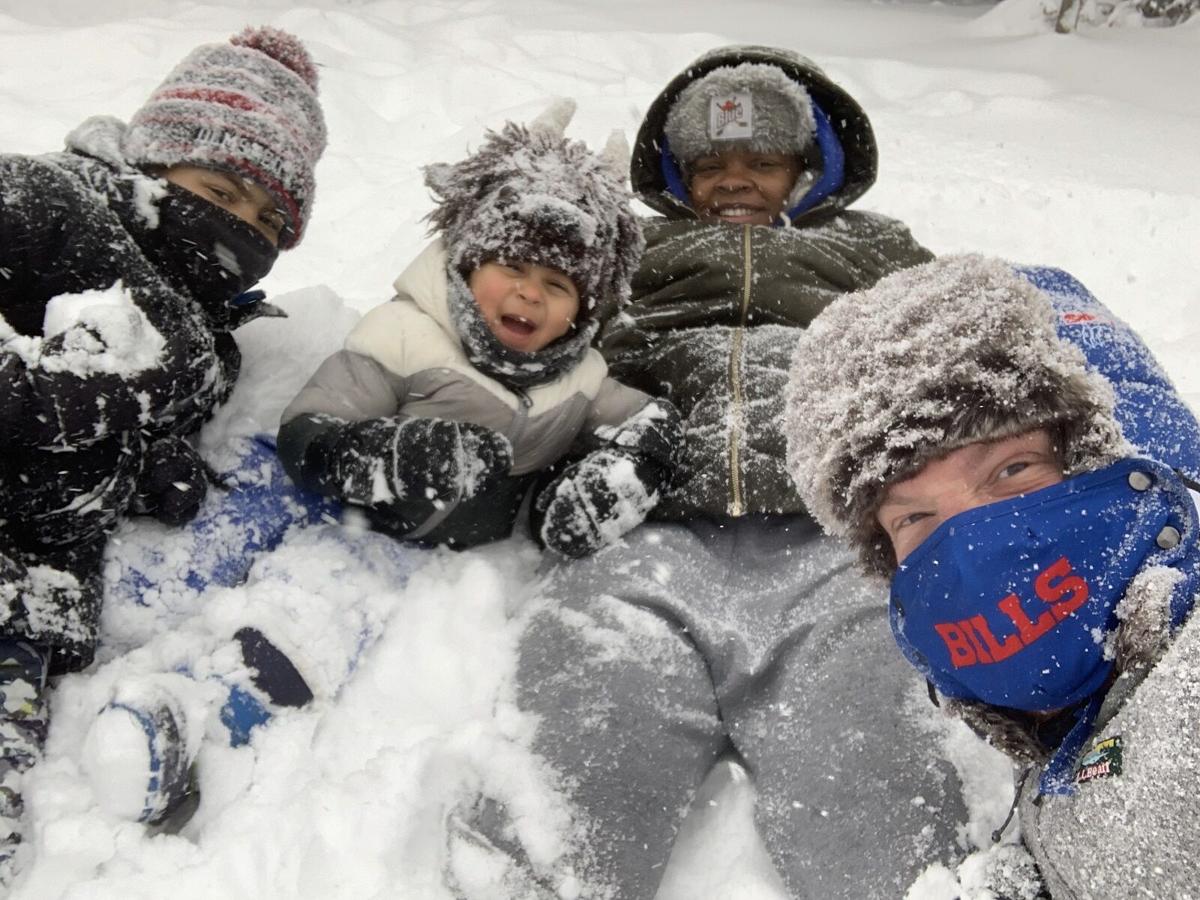 The picture above is of Griffin, my grandnephew. He is 2. And he loves the Buffalo Bills.

I offer him here as Exhibit A for why we care so much about a football team whose legacy – for almost all of its six-decade existence – has been heartbreak.

When I woke up Monday, on the morning after the Bills’ latest loss of historic magnitude, the first thing that popped up on my Facebook feed was a post from my nephew Bart, who is Griffin’s father. I am sharing his post here because I think it expresses the sentiment of so many of us who have lived through this odd couple of a football season conjoined to a global pandemic.

“Sometimes I question why I expend so much time, emotion, and money on something as menial (and disappointing) as my @buffalobills,” Bart wrote. “But when I look back on this year — a year as tough and unexpected as we could ever imagine — there were the @buffalobills to provide a weekly (and daily) distraction to it all.”

Bart, 40, is the youngest of four siblings – and the Bills are a part of his family from way back. Sean, 54, is the oldest; he was born three days after the Bills lost to the Kansas City Chiefs in the AFL championship game (their other title-game loss to the Chiefs) on New Year’s Day 1967. That one was a gateway to Super Bowl I. My very pregnant sister Moira watched it with her husband at a packed Hertel Avenue bar on a pirated TV feed in an era when all home games were blacked out, sellout or not.

Moira remains a crazed Bills fan. John, Bart’s father, was a true son of South Buffalo; he died at the same age Bart is now – when Bart was even younger than Griffin is now – but not before passing on a love for the Bills that remains to this day a sort of family heirloom.

Bart and some of his longtime buddies own season tickets in the upper deck of Bills Stadium. They park in a field nearby, and every game day they tailgate for all they are worth. This season, of course, they couldn’t do that. And only two of the four season ticket holders could go to a playoff game. Bart lost out, but he was OK with that. He got to watch at home, with his family, as he’d had to do all season long. And he found felicity in sharing those games with his wife, Kristin, and their sons Brady, 8, and Griffin.

“As much as I would have loved to see the season from Section 308,” he wrote in that Facebook post, “we found new ways to welcome the Bills and the joy they bring to our Sundays. It’s about family. Community. Fathers and sons. Mothers and sons!”

His mother got her vaccine last week at a doctors’ building adjacent to Sisters Hospital, where her first child was born some 72 hours after that other title-game loss to those damn Chiefs. All of the medical personnel administering the shots that day, she reports, wore some form of Bills garb. And when they put the elixir in her arm, they asked if she would like a chorus of “Shout.” Of course she would! And so it played, over and over, as these lucky petitioners got their shots and their shouts all in one happy moment.

This is precisely the sort of thing Bart means when he invokes the words “family” and “community.” This season he and Kristin invited extended family – often including Bart’s mother and Kristin’s parents, Ben and Veronica, plus Bart’s brother Ben and Ben’s daughter, Abigail – to their Parkside backyard to see Bills games on an outdoor TV screen. They kept it up for as long as temps held high enough to make that practical. Then they watched from their own homes, but shared group texts at every twist and turn of the magical mystery tour of an almost-dream season that ended one game shy of the Super Bowl.

One of those group texts, late Monday morning, was of a cartoon by The Buffalo News’ Adam Zyglis. It shows the bison logo on a Bills’ helmet – the standing buffalo of days gone by – wiping away a single tear. “That’s how I am feeling this morning,” Ben wrote.

“I wish the ride would be continuing. But I’ll be forever grateful for this season. And as coach Sean McDermott said repeatedly in his postgame news conference, ‘We’ll be back.’ Go Bills!”

A.J. Hart is a true-blue Bills fan who lives in northwest Indiana and grew up in central Pennsylvania. His only tie to Western New York is the team he loves.

Erik Brady: A mensch on a mission connects the dots from a 19th century Buffalo love story

"This is a love story, a detective story and a family story all rolled into one," writes Erik Brady.

Erik Brady: After rare snow event in Washington, the city digs out while Buffalo expats pile on

"The snow that fell on greater Washington on Sunday did not fully cover the blades of grass in our Arlington backyard, which back home would hardly count as a snowfall at all."

The first NFL-AFL championship game – retroactively known as Super Bowl I – was born as a direct reflex of the New York Giants’ signing Gogolak away from the Buffalo Bills.

Winfield Jr. was a kindergartner at South Davis Elementary in the fall of 2003, when his father, Antoine Winfield Sr., was a cornerback for the Buffalo Bills

Bills fans welcome home team after loss to the Chiefs

Bills fans welcome home the team after 38-24 loss to the Chiefs in the AFC championship game.

Bills fans head to Chippewa for Playoffs on the Patio

See photos of Playoffs on the Patio during the televised Buffalo Bills vs. Kansas City Chiefs AFC championship game on Sunday, Jan. 24, 2021. …

Bills fans through the years

Bills fans have braved all sorts of weather to show their support for the team. Here's a look at some of the most famous and vocal throughout …