Subscribe for $1
Read Today's E-Edition
Share This
Erik Brady: Billy Goeckel will always be a Golden Griffin, but his 'Red and Blue' has stood the test of time
0 Comments
Share this
Support this work for $1 a month

Billy Goeckel died 100 years ago today. He would be pleased to know the Philadelphia Phillies are in the World Series. They were his team.

He played for the Phillies for 37 games in August and September 1899. Canisius College wouldn’t have another player in the big leagues until John Axford came along 110 years later.

Goeckel’s name is not well known, but his music is, at least in Philadelphia. He composed “The Red and Blue” while a law student at the University of Pennsylvania. That’s Penn’s theme song, heard at commencements and convocations and athletic events. Think of “The Red and Blue” as the soundtrack of the school that Ben built. (Ben Franklin, that is.)

William John Goeckel was born in Wilkes-Barre, Pa., in 1871 (one year after Canisius opened), the youngest of eight children. His parents, who came from Germany, sent him to Buffalo at age 14 to attend Canisius, which had been founded by German-born Jesuits as a progymnasium. That means a curriculum in the classics that we would think of today as high school and college combined. (Canisius High School and College were originally one institution and would not be fully separate until well into the 20th century.)

Goeckel entered Canisius in 1885 and graduated in 1892. He played on baseball teams at Canisius and then at Penn, where he was reputedly the finest fielding first baseman in the college game. He was also leader of the glee club – and, of course, he composed music.

He graduated with a law degree in 1896 and returned to Wilkes-Barre to play for the Coal Barons, the city’s minor-league baseball team, in a league that included the Buffalo Bisons. He was a player-manager for the Barons that first year and played for them until they disbanded during the 1899 season. The Phillies signed him soon after, and Goeckel had 37 hits in 37 big-league games, batting .262 with 16 runs batted in and 17 runs scored.

Axford’s stat line is more robust: He played 11 seasons in the majors, mostly as a relief pitcher, and still holds the Milwaukee Brewers’ record for saves in a season, with 46. His second save of that 2011 season came on the same day that Penn Today published a small story on “The Red and Blue.” The article notes that although the song “is not Penn’s official alma mater – that would be ‘Hail, Pennsylvania’ – it is considered the university’s official theme song, and is performed at every important Penn event.”

That includes last month’s inauguration of Liz Magill as Penn’s president. On a university-issued video, she said that she had much to learn at Penn, “but the very first thing I had to learn was ‘The Red and Blue.’ ” She calls it Penn’s “most cherished and best-known tradition.” And you can hear it played by the Penn band on that video here.

As it happens, Canisius and Pennsylvania have met just once in men’s basketball. Coach John Beilein’s Golden Griffins beat Penn’s Quakers, 81-78, in the opening game of the 1994-95 season. The game was played at the Palestra, often called the cathedral of college basketball.

Some years later I was at the Palestra, in Philadelphia, for my son’s graduation with an MBA from Penn’s Wharton School. Naturally they played a rousing rendition of “The Red and Blue” – and it made me think of Goeckel, our forever link between Canisius and Penn. (Now we have another: Steve K. Stoute, newly inaugurated president of Canisius, has a law degree from Penn, just as Goeckel did.)

Billy Goeckel died of pneumonia on All Saints’ Day in 1922, at the age of 51. He had taken ill some weeks earlier and when medication and a mountain vacation did not do the trick, he checked into a hospital in Philadelphia for an operation. (What sort is not specified in news reports of the day.) His condition improved at first, but then he took a bad turn. One of his brothers, Rev. Charles Joseph Goeckel of St. Nicholas Church, in Wilkes-Barre, sped toward Philadelphia to be with him, but the priest was injured in a two-car crash and did not arrive in time. (The other driver was charged with DWI.)

Goeckel’s death was big news in Wilkes-Barre, where he was known as a pillar of the community. Last week the Luzerne County Historical Society kindly provided me with Goeckel’s century-old obituaries from the local papers. They tell of an accomplished attorney who practiced in the county courts and the state superior and supreme courts, and who had a case pending in front of the U.S. Supreme Court when he took ill. The obits tell, too, of his being chairman of Wilkes-Barre’s Democratic City Committee and conductor of the choir at St. Nicholas.

Still, for all his contributions to civic life, the headline in the next day’s Wilkes-Barre Record said: “Goeckel Was Diamond Star.” The subhead: “Attorney Who Died Yesterday Was Ideal First Baseman Back in the Nineties, Played With The Phillies.” That’s how it is when you make the majors. All else comes second.

Most of what we know of Goeckel comes from his admiring obits. They tell us a lot about his achievements, but little of the charms of a man who could lay down a bunt and sing a song with equal aplomb. This dispatch from the Reading (Pa.) Times in 1899 gives us a glimpse of Goeckel’s personality. The story tells of the June rainout of a game between the Coal Barons and the Coal Heavers:

“The Wilkes-Barre boys are a jolly lot and, while the rain was falling, they performed a vocal concert by a quartet composed of Goeckel, Clymer, Vorhees and Murphy. The boys sang ragtime melodies, sentimental songs, and selections from various operas in splendid shape.” (Footnote: Bill Clymer played several seasons for the Bisons as well.)

The Times story notes Goeckel’s “excellent bass voice” and makes mention of one more rainy-day entertainment: “Wilkes-Barre’s mascot pup, ‘George,’ also contributed to the amusement of the crowd by chasing balls thrown in the diamond. Captain Goeckel claims ‘George’ can beat Clymer to a standstill hunting up grounders at short.”

Turns out this attorney of great rectitude was also a man of wit – and, of course, of music. He composed “The Red and Blue,” and fellow student Harry Westervelt added the lyrics a year later. They go, in part:

In hall and campus through,

Lift up your hearts and voices

For the royal Red and Blue.

Fair Harvard has her crimson,

Old Yale her colors too,

We wear the Red and Blue.

The Philadelphia Evening Bulletin, in its obituary of Goeckel, praised “The Red and Blue” as “the rallying cry and focal point of all the hopes, aspirations, and memories that together compose that indeterminate but powerful factor called college spirit.”

It is in that spirit, then, that we offer an amended version of Billy Goeckel’s stirring anthem – this one in honor of his other alma mater:

In hall and campus old,

Lift up your hearts and voices

For the royal Blue and Gold.

Niagara has her Purple,

And Bona has her Brown,

But for dear Canisius College

We wear the Golden crown.

Erik Brady: A life that began in segregated Mississippi and a friendship forged in Buffalo births art for our time

Tarabu Betserai Kirkland will screen his documentary, "100  Years From Mississippi," Thursday night at the Burchfield Penney Art Center, where LeRoi Johnson's new exhibit “LeRoi: Living in Color” is on display.

Erik Brady: With 'one stinkin' shot,' Frank Corcoran made history for Canisius and achieved hoops immortality

Corcoran's shot forged the first great upset of a tournament that by now is defined by its roster of great upsets, Erik Brady writes.

Erik Brady: A Baltimore kid fell in love with Buffalo, thanks to his Dad. And then he found the love of his life

People like to have their picture taken by the mural so it looks like Allen is leaping over them.

Astros a 2-to-1 World Series fave, FiveThirtyEight predicts, but...

FiveThirtyEight, an ABC-owned website that uses stats to drive stories, predicts the Astros again as World Series champs over the Phillies. 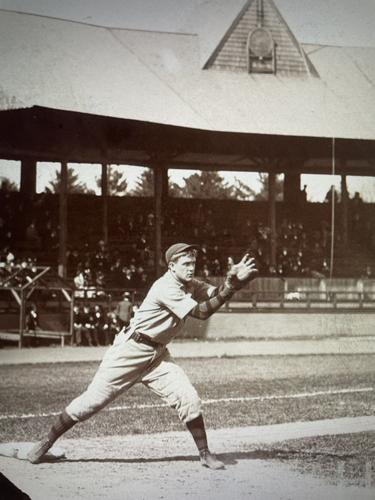 Billy Goeckel played for the Phillies for 37 games in August and September 1899. 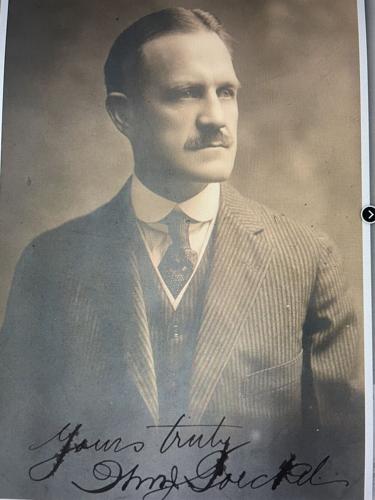