U.S. to require foreigners entering by land to be fully vaccinated 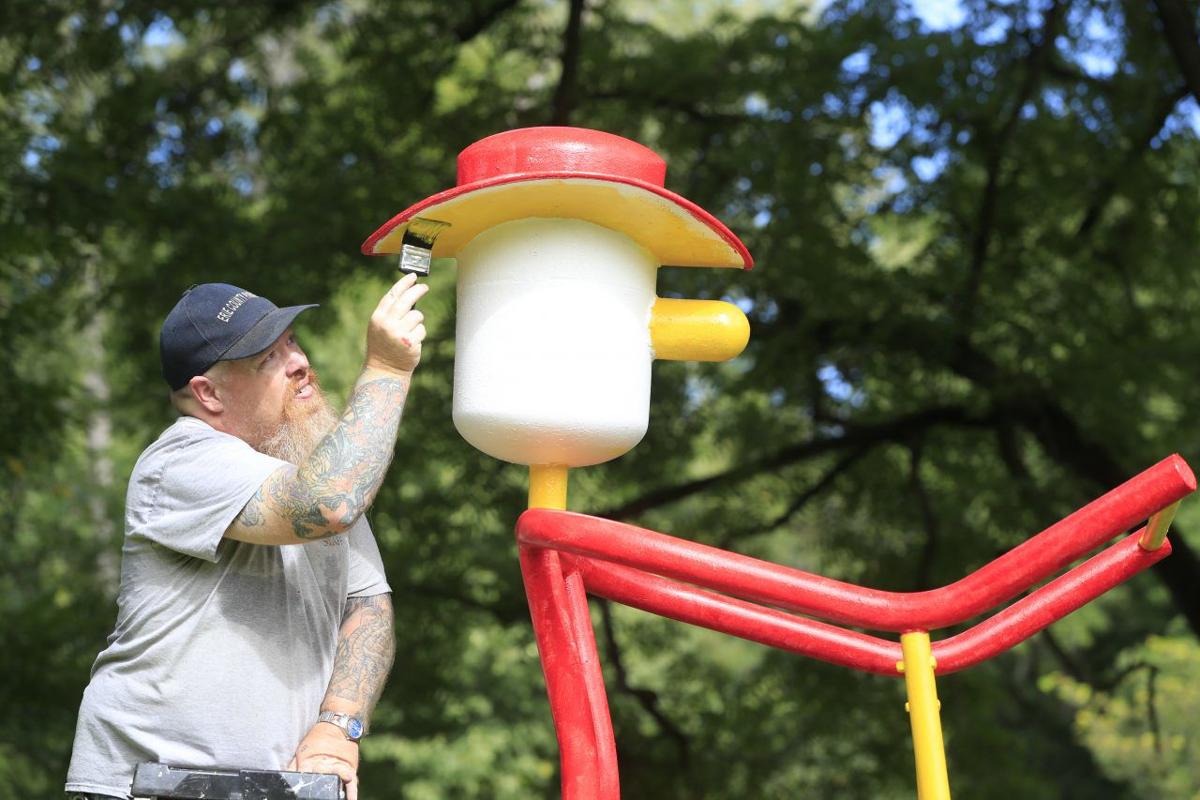 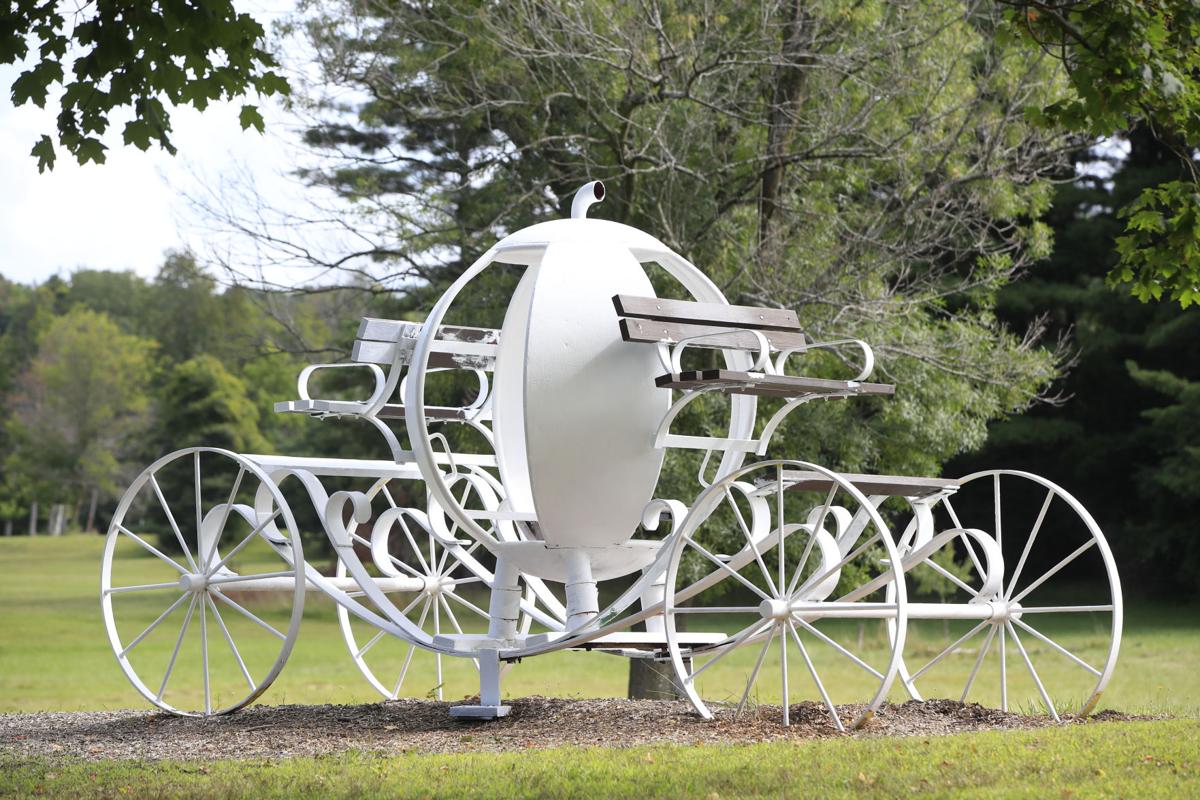 The iconic Cinderella Pumpkin Carriage at Akron Falls Park was coated with a special lead-encapsulating primary after being found to have exposed lead paint. It is one of multiple unique playground pieces that is being remediated and preserved for park goers. (Harry Scull Jr./Buffalo News)

Erie County administrators say they have have removed or remediated roughly all playground equipment with lead paint at six Erie County parks.

Troy Schinzel, commissioner of parks, recreation and forestry, said that 52 pieces of playground equipment have been made safe. In addition, five picnic tables have been replaced, and nine shelters and restrooms with lead paint issues are being repainted and are expected to be done in the coming days.

However, while the county has stated that 66 pieces of park equipment or structures were affected, a Buffalo News review of Health Department lead-test findings determined that at least five additional structures and play equipment were omitted from the list. The total count exceeds 70.

The removal of the play equipment was completed on Aug. 18, Schinzel said. The county is now determining where new pieces of playground equipment should be installed in the future, he added.

A county analysis showed nearly a quarter of the park’s 258 pieces of playground equipment had various levels of lead paint. More than half of the older play equipment tested positive for lead. The county's parks master plans dating back to 2003 recommended the removal of outdated playground equipment, calling the pieces unsightly and out of keeping with modern safety requirements.

"I know in my last appointment here, we’ve removed hundreds of pieces of old equipment," said Schinzel, who served as commissioner from 2012 to 2015 before being reappointed to the post last month.

That had not been a high priority in recent years until Erie County Comptroller Stefan Mychajliw bought over-the-counter lead paint kits and tested multiple slides and swingsets himself last month. He posted video of his findings to social media. Since then, staff from the parks and health departments have tested all older play equipment, as well as picnic tables, shelters and restrooms for potential lead paint exposure.

The County Legislature has also called for an updated report.

The county has worked to remediate or remove contaminated equipment in eight parks, six of which involved contaminated play equipment. Ten pieces of lead-positive playground equipment, most of which have unique legacy value, were coated in a special lead paint-sealing primer and are in the process of being repainted.

"We’re trying to match the last color that they had," Schinzel said.

Three county parks workers trained in lead paint remediation were responsible for the cutting up and taking down the play equipment slated for removal, mostly metal slides and swingsets.

Here's the parks breakdown based on the county and Buffalo News review:

Ellicott Creek Park (Town of Tonawanda): One swingset and farmer climber remediated and repainted; two shelters and two restrooms to be addressed.

The iconic Cinderella Pumpkin Carriage at Akron Falls Park was coated with a special lead-encapsulating primary after being found to have exposed lead paint. It is one of multiple unique playground pieces that is being remediated and preserved for park goers. (Harry Scull Jr./Buffalo News)