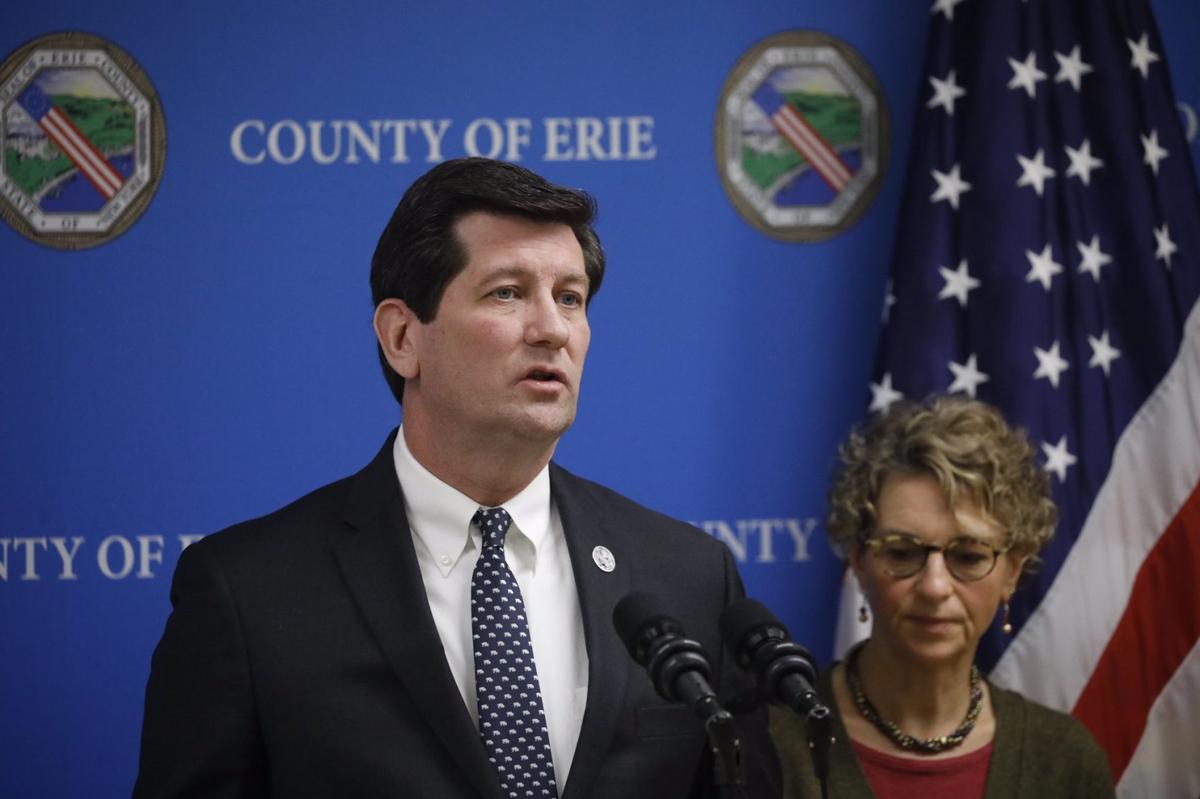 The seven people in Erie County who have now tested positive for the COVID-19 virus had all traveled out of town recently – including one to Italy and three to New York City and its suburbs.

They did not appear to have caught the virus through community transmission locally, county health officials said Sunday.

Meanwhile, the first two Western New Yorkers from outside Erie County tested positive Sunday in the Erie County Public Health Lab. Both are from Allegany County  – a man in his early 20s who had visited downstate New York and a 5-year-old boy – and both are recuperating at home, the Allegany County Department of Health said.

Health workers are still in the process of interviewing the people and gathering information about locations where they may have been since returning to the region, Erie County Executive Mark C. Poloncarz said.

"First, we have to identify it and share it with employers or others who need to know," Poloncarz said.

The Erie County Health Department late Sunday announced a total of seven people had a confirmed a diagnosis of COVID-19; they described three of the people as from Buffalo, Grand Island and Clarence. They did not identify where the other four live.

The three patients whose tests came back positive on Saturday included:

* A woman in her 30s who recently traveled out of state.

* A man in his 30s who recently traveled to Westchester County.

* A woman in her 20s who recently traveled to Italy.

The patients whose tests came back Sunday night included:

* A man in his 30s, with recent travel from New York City.

* A woman in her 30s, who recently traveled out of state.

* A woman in her 20s, with recent travel from New York City.

* A man in his 40s, who traveled out of state recently.

All of the patients are in quarantine. County officials are working to identify their close contacts, who will also be placed in mandatory quarantine and monitored for symptoms.

The cases of the two people who live in Buffalo and Grand Island are still being investigated, county officials said, but "neither of those individuals worked in occupations that had direct public contact."

County officials said later "there was no indication of a risk of COVID-19 exposure to the general public" with regard to the infected person from Clarence. Health officials interviewed the person and then contacted organizations and businesses where there may have been potential exposure, the county said.

The family of the person from Clarence is in quarantine in a private residence. A child in the same household is a student at Clarence Center Elementary School, the county said.

The child has shown no symptoms, but did attend school last week, officials said. The child and the other family members are being tested, with the results expected by the end of Monday, the county announced. The Clarence Central School District said all schools will be closed "until further notice."

County health officials are tracing the movements and potential close contacts of each of the three infected persons since they got back to Erie County. Kaleida Health officials also said in a separate statement that they did not believe any of the three initial patients had been treated at a Kaleida facility.

"Close contacts that can be identified through contact tracing are being notified of their potential exposure to COVID-19 and will be placed under mandatory quarantine to monitor for symptoms," the county said.

Overall, as of 6 p.m. on Sunday, a total of 222 people had gone through a quarantine process with the county, including 155 that were "closed" and 67 that were still active.

The no-shows create multiple problems for vaccine providers and public health officials, who are begging patients to complete the full vaccine series.